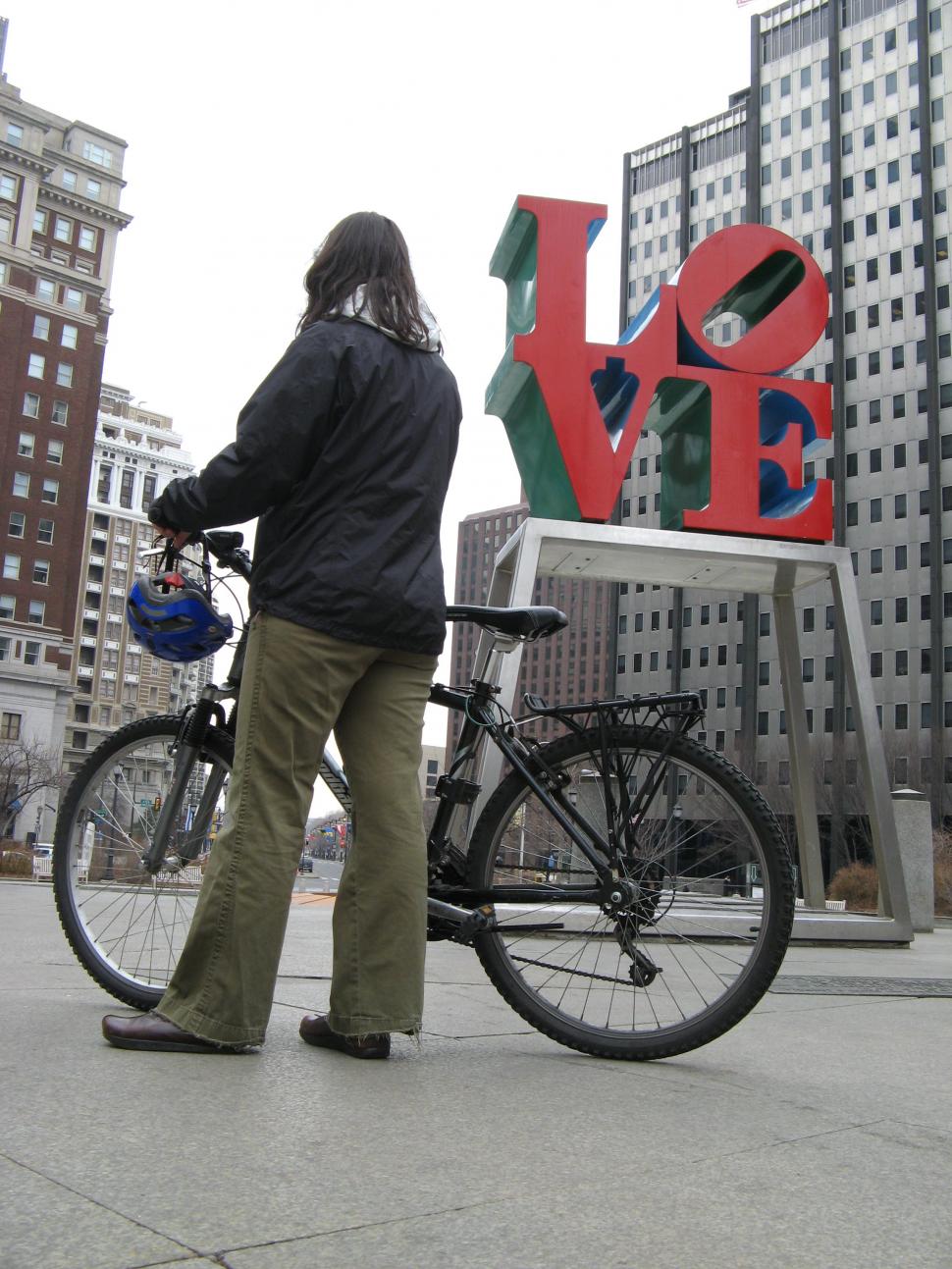 Pedestrian deaths see cyclists targeted on the streets of Philadelphia

It may take its name from two Greek words that combine to mean ‘brotherly love,’ but emotions are running high in Philadelphia following a series of collisions in the last month between cyclists and pedestrians.

The Philadelphia Inquirer said that those incidents resulted in the deaths of two pedestrians and left another with a fractured skull. And in two cases, the cyclists involved didn’t stop.

The newspaper added that concern over the rise of cyclists flouting laws in the Pennsylvania city led two councilmen, Jim Kenney and Frank DiCicco, to table bills yesterday at a scheduled session of the city council that, if enacted, would result in cyclists there having to sport license plates on their bikes and facing higher fines for traffic violations.

The first incident, on October 8, in the south of the city, caused the death of 78-year-old Tom Archie who was preparing to cross the road when he was struck by a cyclist riding against the flow of traffic. The cyclist involved, who has not yet been charged by police, said he shouted a warning to Mr Archie, but to no avail. The victim died two weeks later in hospital.

A week later, on October 15, paralegal Andre Steed, suffered head injuries after apparently being hit by a cyclist at the junction of 16th and Locust. Witnesses described how they saw a cyclist pick himself up off the ground after the collision and flee the scene. Mr Steed died in hospital ten days later, and police are treating it as a hit-and-run. The rider involved has not yet been traced and the law firm where the deceased worked has offered a $10,000 reward for information that helps trace the cyclist.

And a third collision, on October 14, resulted in a lucky escape for student nurse Kirsten Gwynn, who ended up in intensive care with a fractured skull when she was hit by a cyclist while out jogging. Again, the rider in question failed to stop, and has not yet been found.

As a result of those incidents and wider concern about lack of adherence to traffic laws by all road users, police in the city, the birthplace of both the Declaration of Independence and the US Constitution, are today launching a short-term campaign ticketing law-breaking cyclists and car drivers in the city centre. And in doing so, they will be accompanied by Bicycle Ambassadors from local cycling advocacy group, the Bicycle Coalition of Greater Philadelphia, who will be on hand to educate both cyclists and motorists alike about road safety issues were bicycles are concerned.

But officers acknowledge that long term, they face an impossible task in tackling problem cyclists. Sgt. Ray Evers told the Philadelphia Inquirer, “are we as diligent about it as we should be? Probably not. But we have to prioritise. We can't even stop every car violation we see."

According to the Philadelphia Inquirer, rising numbers of cyclists in the city have been accompanied by an increase in those who ignore road traffic laws. It said that the Bicycle Coalition’s bike counts had shown that in 2008, over 11,000 people cycled to work on a normal day, with 36,000 people doing so at least once a month. But it added that during the year, just 14 tickets were issued to cyclists by police during the year, while motorists received over 200,000.

The bills introduced before the city council yesterday are designed to discourage cyclists from breaking traffic laws as well as making it easier to identify those who have been involved in hit-and-run incidents.

Under Councilman Kenney’s bill, cyclists riding on the pavement or wearing headphones while riding would each face a fine of $300. Currently, the fines are, respectively, $10 and $3.

Kenney, who has campaigned on a number of green issues, certainly isn’t anti-cycling. He told the Philadelphia Inquirer: “"Overall, it's a good thing that so many people are riding bikes. And I think it's possible for all of us to share the roads and sidewalks safely, as long as we all respect each other's space."

He added, “"the vast majority of people ride responsibly, but I think we need to step up the enforcement of rules so that the behavior by those who aren't responsible starts to change."

Meanwhile, the bill introduced by DiCicco, if passed into law, would see cyclists aged more than 12 years have to register their bikes within six months of purchase and furnish them with license plates. A one-time registration fee of $20 would be payable, with a $100 fine for those failing to register.

DiCicco believes that registration would help track cyclists not stopping at accident scenes, saying that as it currently stands, "with a bike, someone can just keep going and there's no way to identify them."

Both Kenney and DiCicco believe that their initiatives would benefit all road users, the former saying that there are reckless pedestrians and cyclists, just as there are reckless drivers. He said: "I don't want to go to war with the bikers. I want to keep people safe."

In a statement on its website, the Bicycle Coalition said that it “recognises that the city's streets are chaotic.” But it saw the root cause of the problem as a lack of enforcement of existing laws, and that introducing new ones and increasing fines would not address the issue.

Campaign Director Sarah Clark Stuart said: "This is the wrong approach. Bicyclists shouldn't be singled out when the problem is all road users - motorists, bicyclists, and pedestrians - bending the law to suit their own needs, with little if any consequences. The absence of adequate enforcement has led some road users to develop bad habits that endanger themselves and others."

Advocacy Director John Boyle added: "These bills won't make Philadelphia's streets safer. The problem is not that penalties are too low, the problem is that tickets are rarely given out. It is pointless to increase penalties as proposed by Councilman Kenney when the current penalty system has existed only on paper."

As for the proposed requirement to buy a license, the Bicycle Coalition said it believed that adopting such a measure could “discourage riders, impose financial disincentives, and expose the City to numerous legal issues.”

It said that Philadelphia city council should study and learn from the experience of other cities and states that had taken similar steps and subsequently repealed the legislation, including Houston, Washington DC, Detroit, Albuquerque, and the states of Minnesota and Massachusetts, and highlighted that the Chief of the Los Angeles Police Department had made a direct recommendation to the city council that a scheme there be shelved.

Boyle maintains, “"Bicycle license plates are impractical and unworkable. Let's learn from other cities' experiences and not waste time and resources on an ineffective program."

Breen Goodwin, Education Director, said that the Bicycle Coalition believed that the key issue going forward was to educate all road users about safety and ensure that existing laws are enforced consistently and fairly across all those who use the road. She believes that “Until that happens, enacting higher penalties or registration programs is ineffective and counterproductive."