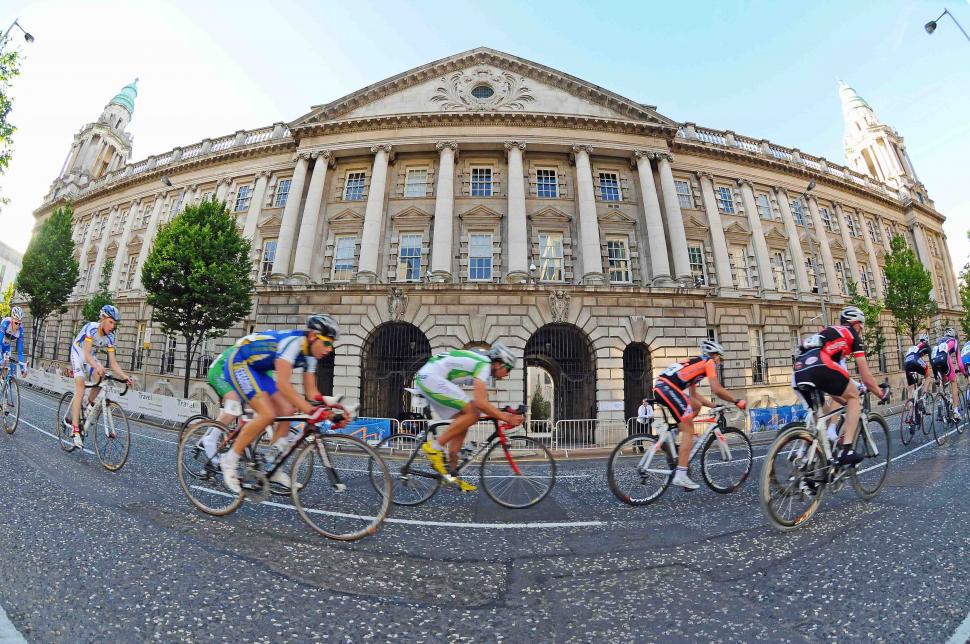 Commitment to cycling comes as Belfast prepares to host the Giro d'Italia in May...
by Sarah Barth

Stormont’s minister for regional development Danny Kennedy has spoken of a vision for safe cycling on his return from a visit to Scandinavia to look at the cycling capitals of Copenhagen in Denmark and Malmo in Sweden.

He told the BBC: "We need to create an environment which invites people to walk and cycle as much as possible.

"That is my vision for Northern Ireland and I am committed to making it happen.

"It has been very impressive to see at first hand how 'normal' cycling is for the majority of the populations in these cities.

"One of the key learning points for me is that cycling is not a goal in itself but is a means to an end.

"People here cycle for convenience because the infrastructure is so good.

"There are miles of wide cycle lanes all with excellent links across the cities and out to the suburbs with easy access to public transport.

"The knock-on effects are a healthier population putting less strain on health services. Traders too, reap the benefits from the numbers of people travelling round the city with countless bike stands for people to stop and shop."

Northern Ireland will host the first three stages of the Giro d'Italia, in May.

Last year we reported how Sinn Féin and SDLP politicians had criticised the routing of the opening stages of next year’s Giro d’Italia which starts in Belfast on Friday, May 9.

The Belfast stage of Italy’s national tour – which is leaving mainland Europe for the first time in its history for the start in Northern Ireland – will not include West Belfast, leading to nationalist calls for the route to be changed.

Paul Maskey,  Sinn Féin MP for West Belfast said: "The image of cyclists going up and down the Falls Road would send out a massive positive signal right across the world," he said.

"This is about advertising the city. This is about promoting the city, and nowhere else can do it better than the Falls Road, and I think it's a shame that Deti have excluded west Belfast from this competition.

"What we will see is all other parts of the city being touched and being seen world-wide, except west Belfast, and it is just not good enough. We will campaign to meet whoever we have to meet, to ensure this race comes to this part of the city."

Last summer, a member of the Northern Ireland Assembly introduced a private member’s bill calling for the speed limit on residential unclassified streets from 30mph to 20mph in a bid to improve safety for all road users, whether they be drivers, pedestrians or cyclists.

Conall McDevitt MLA, who represents Belfast South for the SDLP, said: “According to research from the Department for Transport in England, if a person is hit by a car travelling at 30mph, they face a one in five chance of being killed - reduce the speed to 20mph, and their chances of being killed are significantly reduced to one in forty.

"This year we have seen twice as many deaths on our roads if we compare the figure with this time last year, many of whom were pedestrians. I believe that a reduced speed limit would go some way towards reducing the number of fatalities and accidents, and begin to really address this issue.”

Although unlikely to become law, this Private Members Bill indicates a growing support for safer cycling in Northern Ireland.

1
"Check the Highway Code": Police officer claims cyclist shouldn't ride "in the middle of the road"
2
Near Miss of the Day 827: Bus driver “bullies his way into a gap that was never there”.
3
Cyclist hurt after eggs thrown at her by car passenger
4
Police officer caught on camera telling cyclists to ride in single file to be given "education around traffic offences"
5
Cycling UK slams Government and threatens legal action for "excluding" cyclists and horse riders from new Wainwright Coast to Coast National Trail
6
Snake Pass section shuts to all road users... but cyclists can still reach the summit (and turn back around)
7
Footage of cyclist's encounter with mountain goat "on steroids" goes viral
8
Driver "used bus as a weapon" against cyclist, loses appeal over sacking