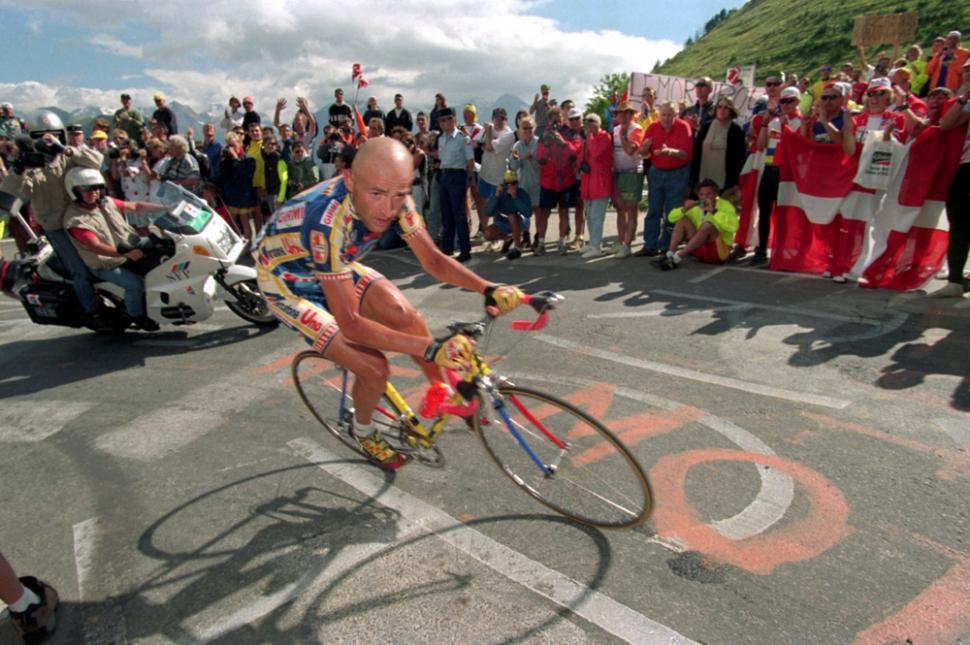 Pantani: Accidental Death of a Cyclist had its world premiere in Milan last Thursday
by Simon_MacMichael

An eagerly awaited film charting the life and untimely death of Marco Pantani, who in 1998 became the last man to win the Tour de France and Giro d'Italia in the same season, will be screened in cinemas across the UK from late April.

Produced by New Black Films and Media Squared Films, the documentary, called Pantani: The Accidental Death of a Cyclist, had its world premiere in Milan last Thursday, the day before the 10th anniversary of his death at the age of 34, officially due to cocaine poisoning, in a Rimini hotel room on Valentine's Day 2004.

Among those present at the screening was Pantani's mother Tonina, who appears in the film along with others connected with the rider and from the wider world of cycling, including Greg LeMond and Sir Bradley Wiggins.

Pantani rode in an era in which doping was prevalent, and though he never tested positive for a banned substance during his career, he was suspended for having a haematocrit level above the permitted threshold of 50 per cent.

Last year, a French Senate report said that a sample taken from him during the 1998 Tour de France had tested positive for EPO when retested six years later.

During the decade since his death, the story of the gifted but troubled cyclist has continued to exert a fascination on fans of cycling, and has been the subject of books including Matt Rendell’s The Death of Marco Pantani.

Rendell has been involved in the making of the film, and the British team behind it are responsible for previous documentaries including One Night in Turin, The Battle of the Sexes, Senna and Man on Wire - the latter two respectively winning a BAFTA and Oscar.