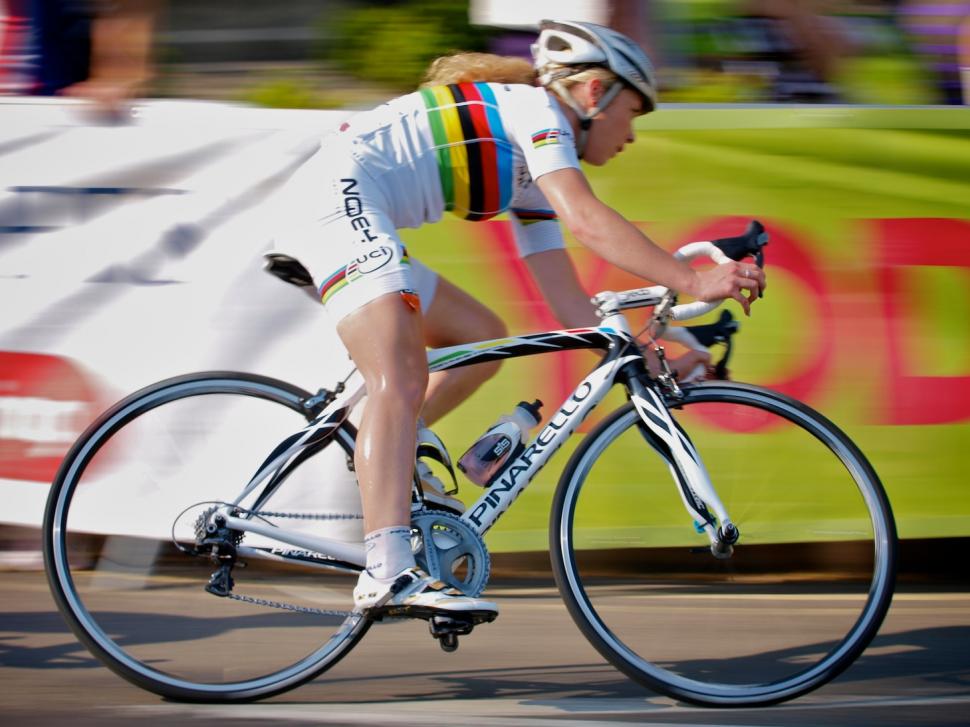 Women’s racing is on the increase, according to British Cycling.

Following a strategic drive to get more than a million women cycling by 2020, British Cycling’s female licence holders have increased by 23 per cent in the last year.

Future events like the Women’s Tour seem likely to inspire even more women onto two wheels in the coming year.
British Cycling’s director of cycle sport and membership, Jonny Clay, said: “We are delighted to see plans put in place last March are already having a tangible impact in increasing the number of events available to women, and the number participants eager to take part.

“Women’s cycling is a clear area for growth in this country and we’re very optimistic that our plans for further strengthening the domestic scene, alongside inspiration through attracting and developing a major international event such as the Women’s Tour, can further impact this trend.”

In conjunction with the drive for women’s development, British Cycling is providing structured coaching sessions and women’s specific development sessions, with the opportunity to go on to race for riders who may have aspirations to move on to national level racing in the British Cycling Women’s Road Series Women’s Team Series or other national events.

Details of the rider development sessions can be found here.

Here are some highlights of what is happening in the regions:

Coaching and Go race sessions have been running successfully at Odd Down circuit in Bath through the Winter, the next session is on 9 February. Looking ahead there are further races at Odd Down before a 15 race series kicks off at Castle Coombe in March.

CycloPark at Gravesend have been hosting some coaching sessions through the Winter – the final one is running on 5 February. Later in February there are two beginners events both at Cyclopark and then a variety of events across the region.

The season kicks off with a four race series at Middlesborough Cycle Circuit with more races to follow as the year progresses.

There are a diverse range of events on offer in the South West, from the well established Springtime Pursuits, starting on 15 February, through road stage races and a new closed circuit facility due to open in Paignton there is plenty on offer.

Women only rider development sessions start at York Sports Village on 18 February and run through until 30 March.

Building on the back of a comprehensive block of rider development sessions, the racing calendar is looking great with series at Stourport, Sundorne and Victoria Park as well as one off races at other venues.

Road racing in the region has received a welcome boost for 2014 with four new events on the calendar. Registration of circuit events is far from complete at the time of writing so expect plenty of opportunities at Hog Hill, Suffolk Showground and the Olympic VeloPark.

With a host of opportunities on closed circuits and road races, during evenings and weekends it looks like being a bumper year for the North West in 2014. Circuit events at Tameside and Salt Ayre and seven road races delivered by CDNW.

A great mix of road and circuit events are planned in 2014. The long-running Imperial Winter Series is already underway at Hilingdon circuit, there is also a Summer series at Hillingdon and a good choice of road events including the well-established Bedford 3-Day which comes with a single day option for 3rd and 4th category riders.

The majority of the action will be circuit racing at Darley Moor, Mallory and the Lincolnshire PedalPushers series with event registrations still in progress but races confirmed. Other opportunities include Thoresby and new road races include a 2 day and kermesse style races in the pipeline.

Scotland had a full programme of racing in 2013 which will look even stronger in 2014 with the addition of further women’s only series. With some details yet to be finalised, event registrations are ongoing. The latest details can be found here.

The early season is well stocked with races throughout February, March and April at Llandrow Motor Circuit and Marsh Tracks, Clywd. Further dates will be added later so keep checking back.