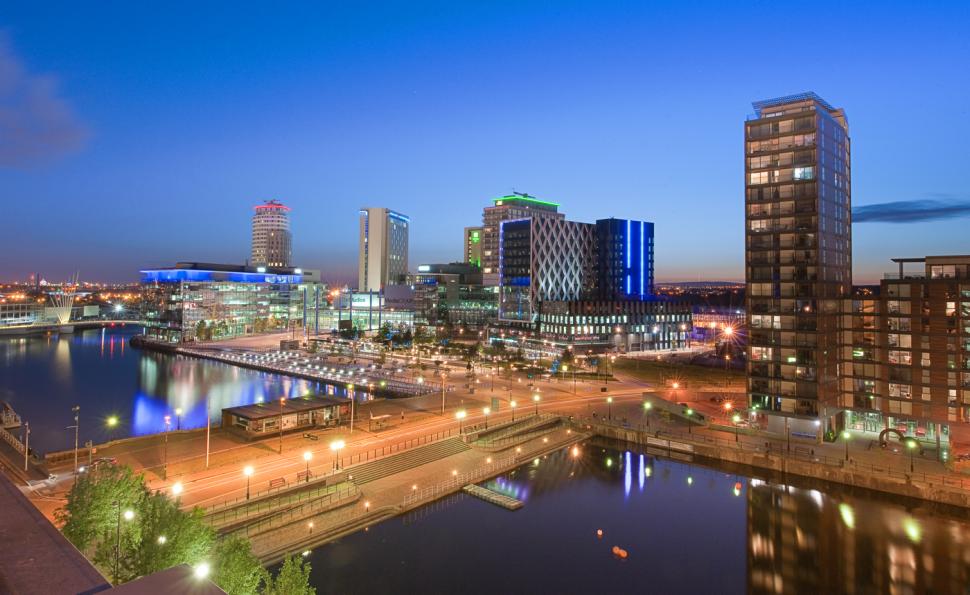 Transport for Greater Manchester (TfGM) has submitted plans for a new cycle hub at MediaCityUK in Salford that it hopes will encourage staff working for organisations that have made their home there such as the BBC, ITV and the University of Salford to commute on two wheels.

If the plans are approved, the cycle hub, which has secure parking for 300 bikes covered by CCTV and with smartcard access, would open in summer 2014 and join others throughout Greater Manchester at locations including Bury, Ashton-under-Lyne and at City Tower in Manchester City Centre.

Membership would start from as little as £2 a week, with annual and monthly options.

“MediaCityUK is now one of the region’s major employers, with over 200 businesses on-site, and we want to make travel to work there as sustainable as possible. We already have frequent direct Metrolink and bus services and we know there is huge demand to cycle too.

“The cycle hub will allow people to leave their bikes behind in safety, as well as offering a place to take a shower and store their belongings.

“Along with affordable membership rates we hope a hub at MediaCityUK will encourage more people to join the thousands who are already commuting by bike.”

Stephen Wild, managing director of MediaCityUK, added: “Bikes have become the must-use mode of transport for persons working, living or visiting MediaCityUK, so it is fantastic to partner with TfGM to bring the cycle hub to our community.

“It promises to be a great addition and is just one of many exciting initiatives that we aim to roll out to encourage more people to get on their bikes and utilise the many safe and attractive routes that connect to MediaCityUK.”

More details on the facility can be found here, and TfGM says it will hold two drop-in sessions at MediaCityUK’s Open Centre, from 12-2pm on Thursday 20 February and Tuesday 25 February, "to answer questions and listen to feedback, which will help inform the final design."

Following the BBC beginning its move of much of its operations to MediaCityUK in 2011, concerns were expressed about the security of staff working there.

In April 2012, Mirror.co.uk reported that workers were being offered escorts to accompany them to their cars and tram stops due to concerns about personal safety following a number of thefts of phones and laptops, as well as a cyclist being hit by a pellet from an air rifle.

One BBC employee based there told the newspaper: “I don’t know what they expected moving a bunch of staff from the relatively calm and peaceful White City to Salford – it’s pretty rough here and some staff genuinely worry about getting home, especially after finishing late.

“Hardly any of the big names live in the area and swan in and out of the place as fast as Virgin trains will take them.”

But in response to that and other reports, the Manchester Evening News cited Home Office figures showing that the Salford postcode for the BBC's MediaCityUK had an average of 291 reported crimes a month in the past year, while that of the broadcaster's former home at White City in London had six times as many, with a monthly average of 1,743.