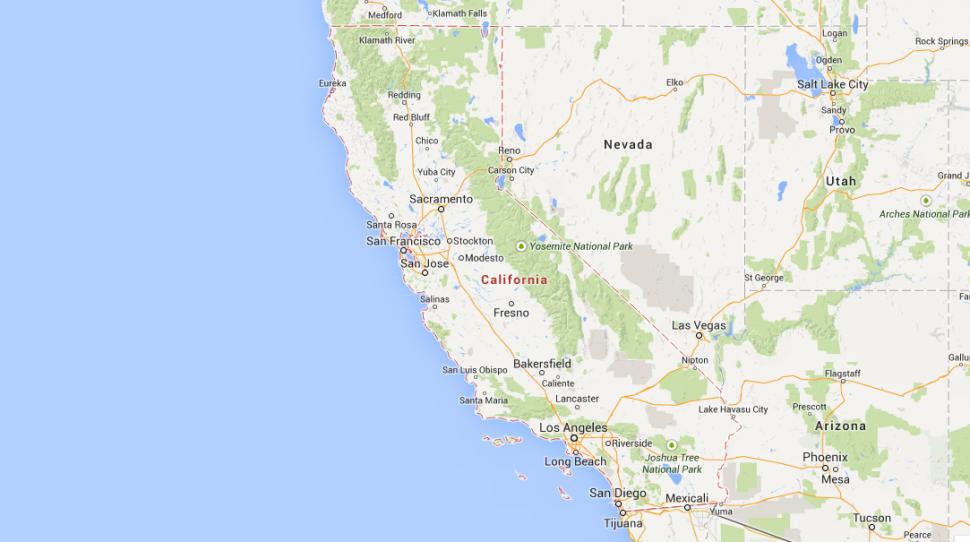 A suspect on a stolen bike was apprehended by a dramatic flying tackle while attempting to escape from police in the Californian city of Sacramento.

The 19-year old had fled from police at a nearby railway station and was being pursued by local news teams and police officers, who had set up a perimeter around the area.

A CBS cameraman caught sight of the suspect climbing over a nearby fence and recorded the dramatic arrest, which you can watch below.

In the footage the wanted man is seen to clear fence and immediately take a red Trek bike that which was propped up against an adjoining wall.

Ducking his head away from the camera to avoid identification, the suspect pedalled down the street toward the news team.

As the bike thief neared the cameraman, a police officer launched in to tackle the suspect to the floor. The bike thief was then successfully detained thanks to a nearby onlooker and several other officers who were quick to react.

The chase had involved several police cars, and a police helicopter which stirred the area’s population.

Police reported that the suspect had taken refuge in local resident Todd Fisher’s garage and tried make off on the homeowner’s wife’s bike.

“I can’t wait to show her the video,” Fisher said. “She’s out of town right now. I’m trying to get a hold of her and show it to her.”

According to CBS Sacramento, the now-detained man’s name is Michael Kennedy. Before his attempted escape, police had tried to detain him for outstanding arrest warrants involving the taking of a vehicle, issued in December.

Once detained police charged Kennedy for fleeing from police, burglary and felony assault on a police officer.