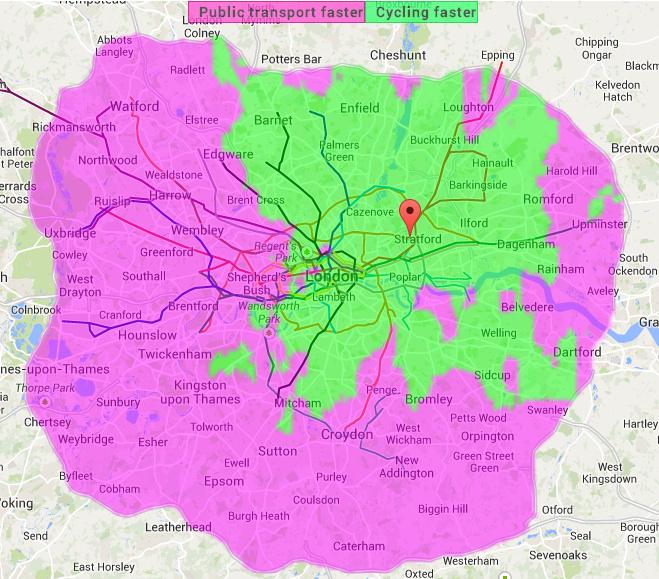 As the Olympic Park nears its official opening to the public in April, the London Cycle Campaign (LCC) has criticised in the strongest terms its poor cycling access.

Calling it a "world class embarrassment", Tom Bogdanowicz pointed out to the BBC that cyclists were expected to haul their bikes up three flights of stairs to get near the velodrome.

He said it was “utter stupidity” to put cobbles on a bike path, and called one of the junctions “thoughtless design”.

He added that some of the cycle paths were below the recommended width. To watch the BBC film, click here.

The mayor's cycling commissioner Andrew Gilligan said he was looking at ways to adapt the plans to make the park as cycling friendly as possible, adding that the paths were not yet completely finished.

The Hackney Cyclist blog highlighted some initial problems with the cycling facilities when the northern part of the park opened to the public last year, calling it “an opportunity missed”.

LCC had to become involved in the Olympic cycle facilities previously, when in 2013 there were plans to close key Olympic Park bike routes at night.

The proposed evening closure would have banned cycling after 7pm along two flagship cycleways linking Leyton with Hackney and Tower Hamlets, anticipated to be popular with visitors to the circuit as well as commuters. Campaigning by the LCC ensured the paths remained open at all times.

To find out more about the LCC and its proposals for the Olympic Park, click here.