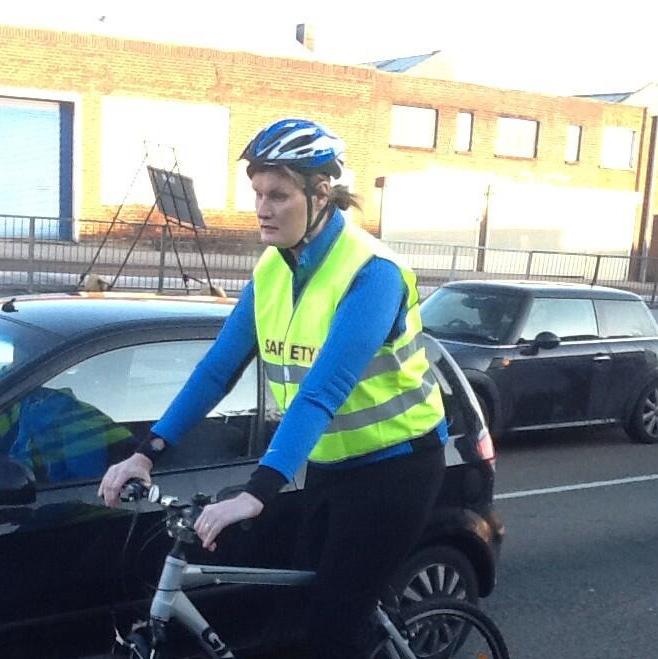 West Midlands European parliamentarian Nikki Sinclaire has called for all cyclists to wear registration markings so that they are “accountable” for their actions.

The former UKIP MEP, who now sits as a member for the We Demand a Referendum Now party, told BBC West Midlands yesterday that cyclists should wear fluorescent vests with registration numbers.

She said: “I think cyclists need to be accountable. They need to observe the Highway Code.”

I’m certainly not anti-cyclist, I’m a cyclist when I can get the time myself.”

Ms Sinclaire tweeted the above picture of herself wearing high-vis.

“I’m not saying the cycle itself should be registered. What I’m seeking is a registration of cyclists - not on all roads, just on main roads in the city.

“We need to encourage more cyclists, but we also need accountability.”

Adrian Goldberg said he had recently had to dodge a cyclist who had run a red light.

Ms Sinclaire said: “Had you hit that cyclist, you would have been prosecuted.”

He said: “The registration system would be seen as a barrier to people cycling.

“There are lots of people out there would like to cycle but, the more rules you put in front of them, that would be seen as a barrier to cycling in the first place.”

Ms Sinclaire followed up her comments yesterday afternoon on BBC Hereford and Worcester.

She said: “For a start I think we need helmets, I should it be compulsory for people to wear helmets.”

She said that she only wanted cyclist registration plates in towns and cities, where it would be effective because of pervasive surveillance.

“The reason this would work in the UK, I don’t think it would work anywhere else in the world, is that we’ve got the most cameraed cities and towns in the world.”

Ms Sinclaire’s attitude to cyclists mirrors that of her former UKIP colleagues. In its 2010 election manifesto, the party said: “There needs to be a better balance of rights and responsibilities for pedal cyclists” and claimed there was “too much aggressive abuse of red lights, pedestrian crossings and a lack of basic safety and road courtesy.”

At the time, Chris Peck, policy co-ordinator at national cyclists’ organisation CTC, said: “UKIP are living up to their reputation with their cycling policy - it’s classic anti-cyclist third-pint-in stuff.”