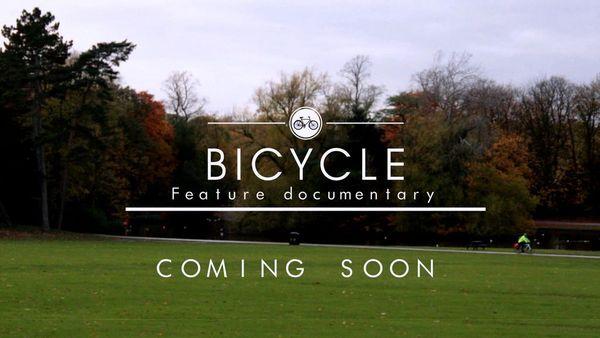 Following an individual £5,000 contribution, the documentary's £10k target has been reached...
by Elliot Johnston

A £5,000 contribution to the British cycling documentary Bicycle has tipped the crowdfunded project over its £10,000 target.

Indiegogo user David Whitcombe was the generous contributor who stumped up the cash to complete the film's funding. His hefty £5k contribution will put his name on the credits as an 'executive producer' on the documentary which will explore the history of the bicycle in the UK.

Thanks to Mr Whitcombe's money the project, which opened for funding in November, has exceeded its target by £3,600 with four days of fundraising remaining.

On top of the 'executive producer' title, which Mr Whitcombe's contribution earned him, he has been invited, along with five others of his choosing, to the world premier of Bicycle which will take place in early July, to coincide with the Tour de France Grand Départ festivities in Yorkshire.

The mysterious Mr Whitcombe, who includes no further information about himself on his Indiegogo profile, will also recieve a range of Bicycle memorabilia and a Trek UK bike worth up to £1000.

Bicycle, which is being directed by Bafta winner Michael B Clifford, will weave together three strands of the UK’s cycling history - design, transport and sport - in a documentary that will reflect the cultural niche that cycling holds in Britain. The Indiegogo trailer is below.

The film will explore the bicycle's growth into a mainstream mode of transport, from design developments in Coventry in the 19th century where the Safety Cycle emerged as the successor to the penny-farthing, to the growth of British cycling’s sporting prowess in recent years.

Crowdsourcing website indiegogo has successfully funded a number of bicycle-related endeavors. We covered the Morgaw shock absorbing saddle’s campaign, which saw its $30,000 target exceeded by $16,200 in December.

The Lifebeam Smart helmet was another Indiegogo graduate. The helmet reached its target in April 2013, and despite plenty of succesful bike related projects, the website isn't sympathetic to all cycling ideas. Some, like this cardboard bike, have fallen well short of their targets.

The Bicycle film team are looking to grow their funding, and are hoping to receive a further £1,400 to take their total to over £15,000. You can still get involved with the project by visiting their Indiegogo page here.