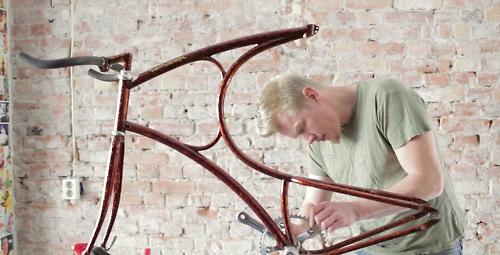 Vanhulsteijn’s stainless steel bikes are extraordinary to start with, the frames featuring distinctively curved tubes. Herman van Hulsteijn originally designed the bike as a head turner for himself, but built a batch in 2009 for other people who had seen it and wanted one. A small team now handcraft the bikes in Arnhem, in the Netherands. You can buy the standard models online. 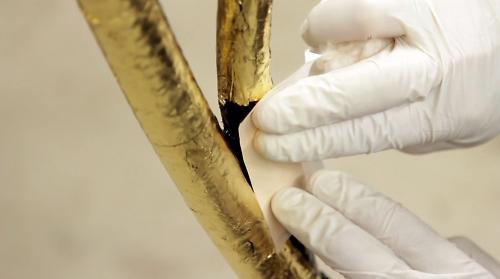 For the Sotherby’s bikes, Vanhulsteijn joined up with two Russian craftsmen who specialise in Japanese lacquer techniques called urushi. They add several layers of gold leaf to the frame and then put lacquer over the top. It’s an intricate process but the effect is amazing and each of the nine bikes looks slightly different. 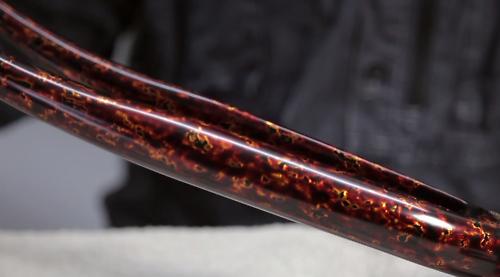 As well as the frame, Herman van Hulsteijn designed the parts like the brake levers and pedals himself. Every part that isn’t lacquered has been highly polished by hand while the saddle and handlebar have a ray-skin finish. 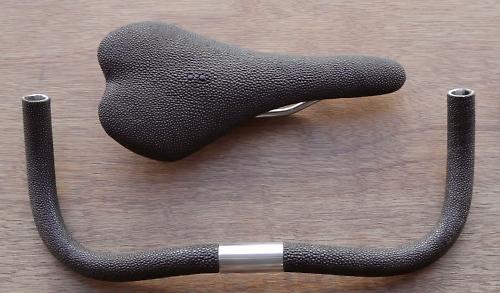 Each bike is given Vanhulsteijn logos and numbered. Even that is unusual, Vanhulsteijn employing the Maki-e technique whereby different grain sizes of gold dust are sprinkled in urushi lacquer. 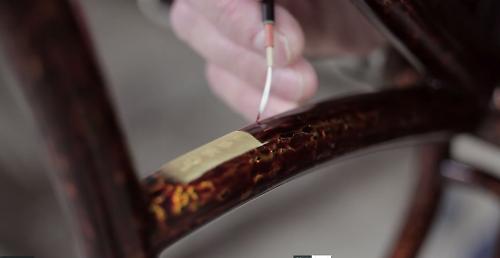 Vanhulsteijn explain, “Urushi is the sap of the urushi or lacquer tree (rhus vernicifera). It is a member of the sumac family (anacardiaceae) and native to China, Korea, Japan and the eastern Himalayas. The sap of this tree contains a resin (urushiol) which, when exposed to moisture and air, polymerizes and becomes a very hard, durable, plastic-like substance. Urushi is in fact a natural plastic. 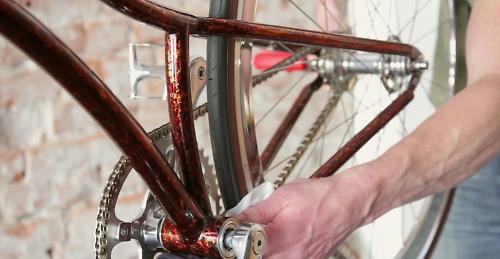 “The process of applying the lacquer is long and labour intensive: independent of the size of the surface it takes on average six months to carry out the finishing. In some cases 60 layers are applied and polished by hand. Depending on the kind of lacquer the time it takes a single layer to dry can take from two hours up to three months. Due to its fascinating characteristics which are both sustainable and esthetically beautiful, urushi is still used for a wide variety of purposes.” 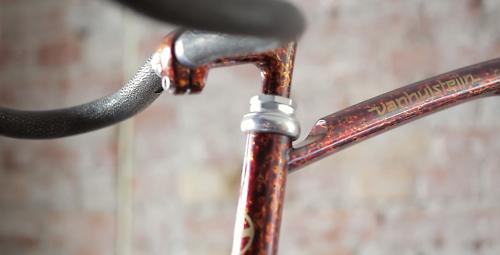 For more information email info@anhulsteijn.com or go to the Vanhulsteijn website.