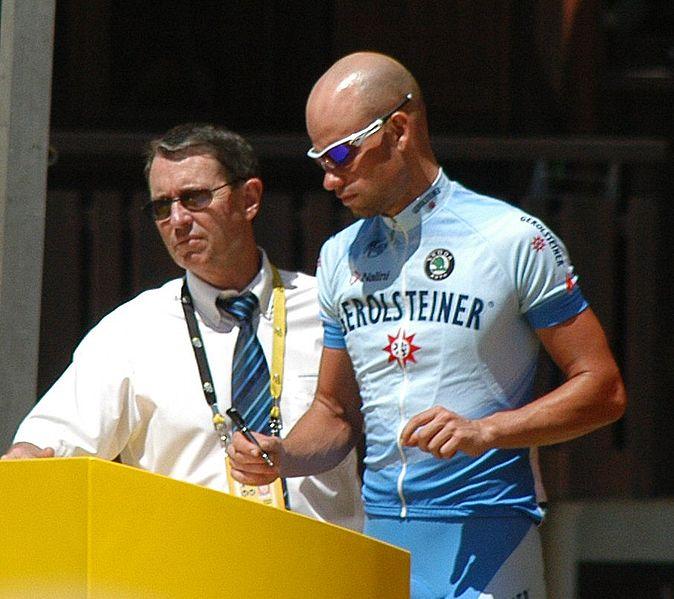 French court throws out case - next up, a visit to the Court of Arbitration in Sport and a hefty legal bill, presumably
by Simon_MacMichael

France’s supreme administrative court has rebuffed German cyclist Stefan Schumacher’s appeal against his two-year ban from racing in the country.

The ban was imposed after Schumacher tested positive for CERA following retesting of samples taken during the 2008 Tour de France by the country’s anti-doping agency, the AFLD.

Schumacher, who had won both individual time trials during the 2008 Tour and enjoyed a stint in the famous maillot jaunne, had argued that the retroactive testing procedure had not yet been approved at the time his sample was analysed, but the Conseil d’Etat (Council of State) threw his appeal out. In dismissing his case, the court said that the AFLD’s procedures had been applied correctly and that it had the right to undertake retroactive testing.

The former Gerolsteiner and Quick-Step rider may not have too many friends in the peloton – he was accused of impeding rival George Hincapie in the final sprint of the 2006 Eneco Tour to ensure he clinched the overall victory from the American, although the race jury accepted his explanation that he had collided with a spectator – but he certainly seems to be keeping his lawyers happy.

Next up is a visit to the Court of Arbitration in Sport, where Schumacher will seek to an annulment of  the worldwide ban imposed on him in February this year by world cycling’s governing body, the UCI,  as a result of his positive tests at the Tour de France.

His case is unlikely to be helped however by news in April that both his A and B samples taken at last year’s Olympic Games in Beijing had also tested positive for CERA after they were retested.

Controversy has dogged Schumacher throughout his career, and he has twice been cleared by the German cycling federation for using amphetamines.

The first incident came in 2005 when his mother, who happens to be a doctor, prescribed him an anti-asthma drug containing amphetamines but managed to convince authorities that all necessary checks regarding the legality of the medicine had been carried out with the relevant authorities.

The second occurred two years later when Schumacher was arrested for drunken driving after celebrating his third place in the World Road Race Championships in Stuttgart and traces of amphetamines turned up in his blood test, although by then the drug was no longer on the World Anti-Doping Authority’s out-of-competition banned list.