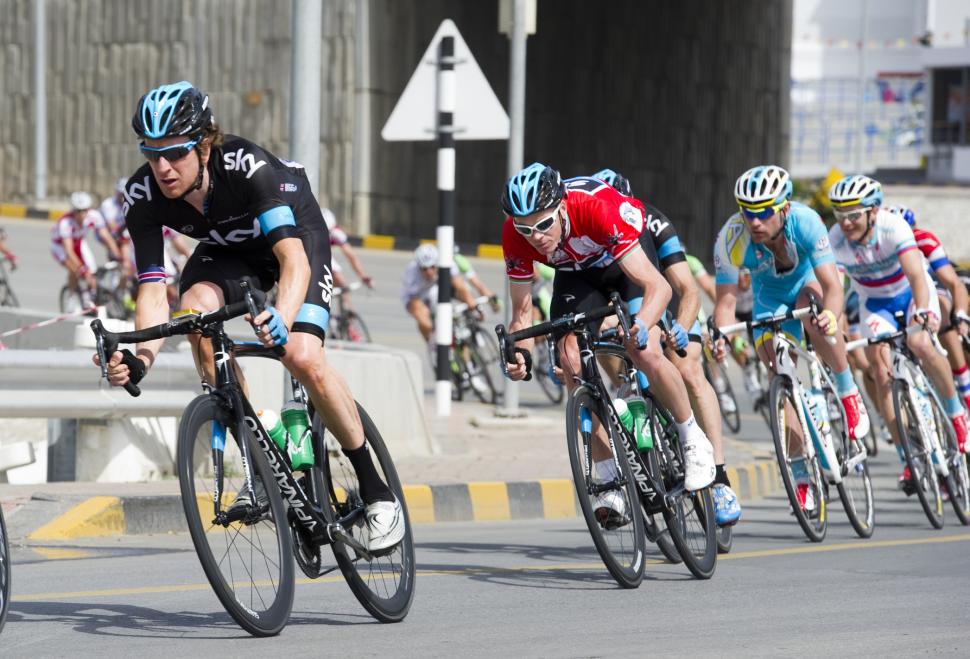 Chris Froome extends with Sky - but Sir Bradley Wiggins on the way out?

New deal for reigning Tour de France champion, but speculation 2014 could be Wiggins' last at Sky...
by Simon_MacMichael

Tour de France champion Chris Froome is one of a number of Team Sky riders confirmed yesterday to have extended his contract with – but missing from the list was his predecessor in the yellow jersey, Sir Bradley Wiggins, whose current deal runs out in 12 months’ time.

Froome’s renegotiated contract reflects his status as the reigning champion in cycling’s biggest race, but the absence of a new deal for Wiggins - aged 33 - is already leading to speculation that 2014 may be his final year with the team.

Telegraph.co.uk says that Sky declined to confirm whether it had held negotiations with Wiggins, who with victory in September’s Tour of Britain belatedly rescued something from what had been a disastrous 2013 season.

The rider’s own representatives likewise did not comment on the implications of the four-time Olympic gold medallist going into the last year of his current deal without an extension, although they underlined that he did plan to respect his contract.

Froome, aged 28, said: “This has been an incredible year for me and I’m delighted to finish it off by signing a new contract with Team Sky. I’ve been with this team since the start and I know this is the right place for me to continue to grow as a rider.

“It’s impossible to win races without the right team beside you so I’d like to thank everyone at the team for their continued support. It’s an honour to be a Team Sky rider and I hope to play a big part of its success for years to come.”

He’s not the only Sky rider to have had his contract extended. Australian Richie Porte and British rider Geraint Thomas were confirmed as having done so earlier this year.

The latter will be joined at the British WorldTour team next season by his cousin, Sebastian Henao, one of four new arrivals.

The others are the Australian Nathan Earle, plus Grand Tour Stage winners Mikel Nieve of Spain, who arrives from the defunct Euskaltel, and Irishman Philip Deignan, who joins from United Healthcare.

Team Sky Performance Manager Rod Ellingworth commented: “Everyone is excited to kick things off again in 2014 and we do so with what we believe is the most talented team in the world.

“We’ve consolidated what is an incredibly strong group of guys over the winter. The team’s core remains intact and that’s important going forward.

“Everyone is committed to keep improving and we always look to provide the best environment for riders to do that.” 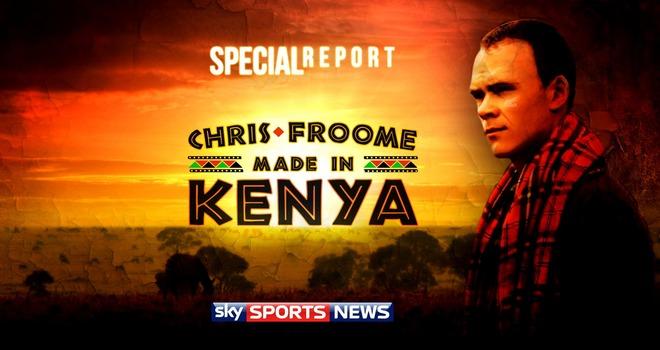 Meanwhile, Sky Sports News will be airing an exclusive documentary about Froome next week.

The 30-minute programme, called Chris Froome: Made In Kenya follows the rider as he returned to his native country Kenya this autumn, and also includes exclusive video diaries from the Tour de France.
It will be shown at 7.30pm on December 30 and repeated on Sky Sports 1 at 6.30pm on December 31.