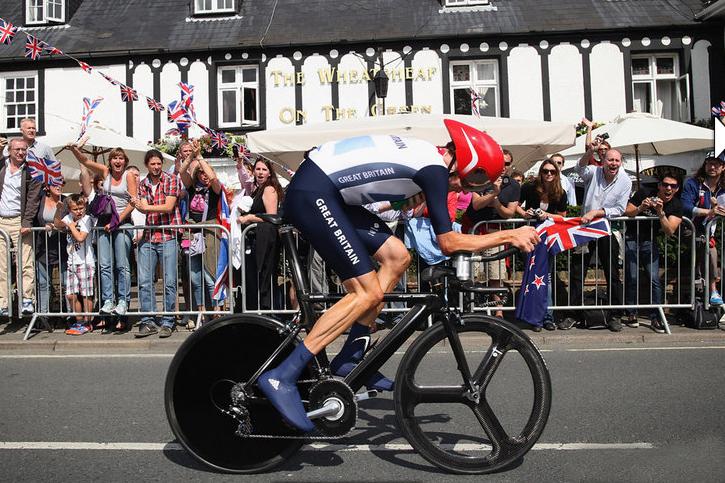 The UCI (Union Cycliste Internationale, cycle sport’s world governing body) has emailed bike suppliers about clarifications to time trial bike setup and changes to the implementation of rules governing rider position. The amendments are designed to simplify commissaires’ checks before the start of races and ensure uniformity from one race to the next.

The email was sent by Matthieu Mottet, the UCI’s Technological Co-ordinator. Interestingly, it begins with the revelation that the vast majority of riders ask for an exception from certain rules for morphological reasons (the size or the limb length of the rider), and hence that the rules are not reflecting the current situation out on the road.

This doesn’t appear to be an indication of a long-term softening of the rules resulting from the 1996 Lugano Charter, which many people believe to be stifling technological innovation in cycling. Rather, it seems to be a move towards reducing the level of interpretation possible in the enforcement of the rules, creating greater consistency.

“There will no longer be any need for interpretation and the regulations will be applied uniformly throughout the season,” says Matthieu Mottet.

So, what are the changes? In short:

• Morphological tests will no longer be necessary for exemptions in either of these two cases.

• All gear levers will be measured from their ends – in the case of manual gear levers, that’s when the shifters are positioned in line with the handlebar extensions.

• The height difference between the arm rests and the highest and lowest points of the handlebar extensions must be less than 10cm. The idea is to ensure that the rider’s forearms are horizontal.

Here’s that mail in full:

Following a recent study on riders' positions on the road and track, the UCI has noted that the regulations that date back to 2000 no longer entirely correspond to the situation on the ground as an average of nearly 80% of riders automatically request an exemption for morphological reasons before the start of a race.

The introduction of reforms on riders' positions scheduled for 2014 will allow the checks conducted by commissaires at the start of races to be simplified and improved and their repeatability ensured. There will no longer be any need for interpretation and the regulations will be applied uniformly throughout the season.

With a view to implementing these changes as well as guaranteeing fairness between riders in terms of the position adopted during races, there will be two clarifications of the technical regulations:

• All types of gear lever (manual, automatic and electronic) shall be measured from their ends (manual gear levers positioned in line with handlebar extensions),

• The height difference between the point of support for the elbows and the highest and lowest points of the handlebar extension (including the gear levers) shall be less than 10 cm in order to guarantee that the forearms are horizontal.

This means that, from 2014, only the bicycle will be checked and the rider will no longer be asked to attend together with his or her bicycle. This will mean that riders are not disturbed in their preparations just before the start of the race. These changes will afford riders more freedom while avoiding any risk of disqualification during the race due to the adoption of a non-regulatory position that is sometimes involuntary because of the effort involved.

1.3.013 The peak of the saddle shall be a minimum of 5 cm to the rear of a vertical plane passing through the bottom bracket spindle. This restriction shall not be applied to the bicycle ridden by a rider in a sprint event on track (flying 200 m, flying lap, sprint, team sprint, keirin, 500 metres and 1 kilometre); however, in no circumstances shall the peak of the saddle extend in front of a vertical line passing through the bottom bracket spindle. 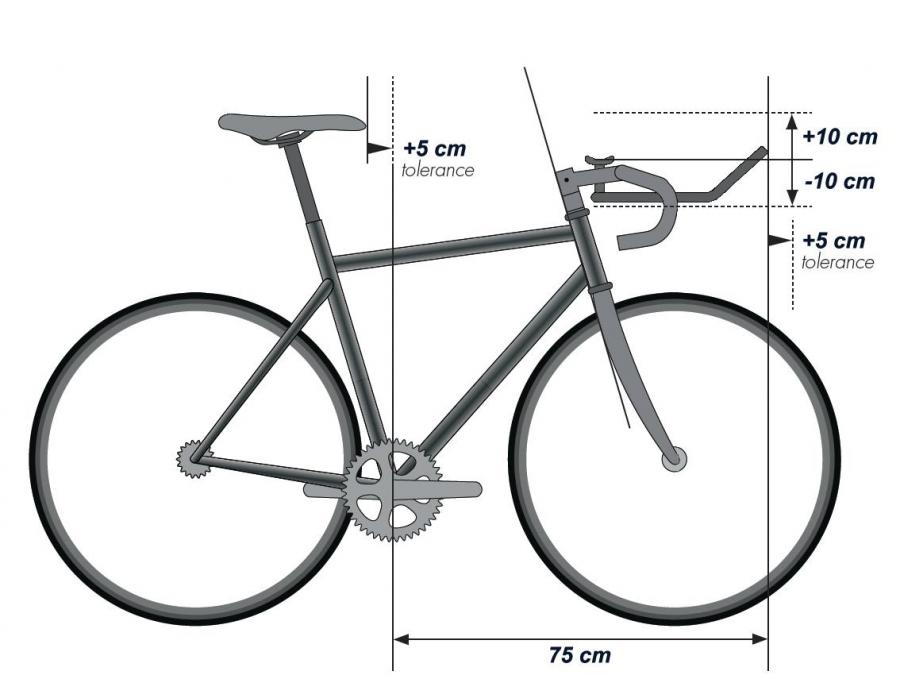 Any rider who, for these reasons, considers that he needs to use a bicycle of lesser dimensions than those given shall inform the commissaires' panel to that effect at the time of the bike check when presenting his licence. In that case, the panel may conduct the following test. Using a plumb-line, they shall check to see whether, when pedalling, the point of the rider's knee when at its foremost position shall not pass beyond a vertical line passing through the pedal spindle.

1.3.023 For road time trials and individual and team pursuit on the track, a fixed extension may be added to the steering system; in this instance, the height difference between the elbow support points and the highest and lowest points of the handlebar extension (including gear levers) must be less than 10 cm only a position where the forearms are in the horizontal plane is permitted. It is also possible to add a handlebar extension for the 500 m and kilometre time trials on the track, but in this case, the position of the tip of the saddle must be at least 5 cm behind the vertical plane passing through the bottom bracket axle.

The distance between the vertical line passing through the bottom bracket axle and the extremity of the handlebar may not exceed 75 cm, with the other limits set in article 1.3.022 (B,C,D) remaining unchanged. Elbow or forearm rests are permitted.

For road time trial competitions, controls or levers fixed to the handlebar extension may not extend beyond the 75 cm limit as long as they do not constitute a change of use, particularly that of providing an alternative hand position beyond the 75 cm mark.

For the track and road competitions covered by the first paragraph, the distance of 75 cm may be increased to 80 cm to the extent that this is required for morphological reasons; «morphological reasons » should be taken as meaning anything regarding the size or length of the rider's body parts. A rider who, for this reason, considers that he needs to make use of a distance between 75 and 80 cm must inform the commissaires' panel at the time of the bike check at the moment that he presents his licence. In such cases the commissaires' panel may carry out the following test: ensuring that the angle between the forearm and upper arm does not exceed 120° when the rider is in a racing position.