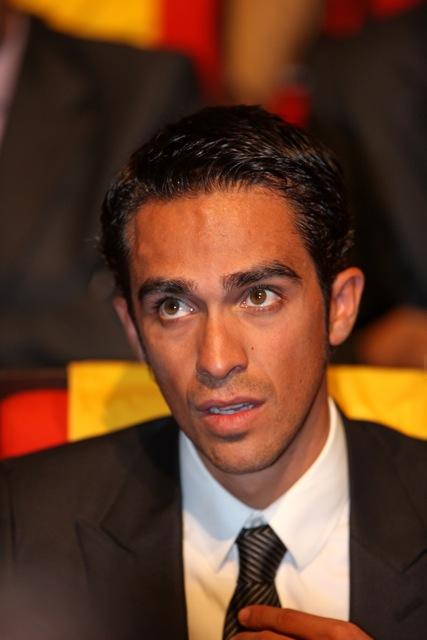 With November barely a week away, you’d expect the defending Tour de France champion, and the rider who topped this season’s UCI rankings to boot, to know which team he’s riding for next season.

But with the Astana team still not having secured their ProTour status for next season, although they have until 20 November to get one, failure to do so by 20 October means that Alberto Contador is now free to negotiate a contract elsewhere under UCI rules.

The Spanish team Caisse d’Epargne has long coveted Contador’s signature, and he has said that he could potentially join them, but to add to the intrigue, capturing him may well depend on the fate of current team leader and Vuelta winner, Alejandro Valverde, who came second in the UCI rankings.

Valverde is waiting to hear whether his appeal against a ban from doping by the Italian Olympic Commmittee is upheld by the Court of Arbitration in Sport (CAS) when it hears the case on 16 November. The ban, which prevents him from racing in Italy, kept him out of this year’s Tour de France since it made a brief detour across the Alps to ‘il bel paese’.

And if the CAS does back the decision, the UCI is expected to enforce a two-year ban against the Caisse d’Epargne rider, which could see him stripped of his Vuelta win and his world number two ranking. If that happens, you’d expect Caisse d’Epargne to pull out all the stops to secure Contador’s place in the team.

The only other potential fly in the ointment for this scenario to play out is if Caisse d'Epargne were not to get thier ProTour licence, which seems unlikely.

Contador has also mentioned Garmin-Slipstream as a potential future team, and if he went there, that could well have a knock-on effect in the will he-won’t he saga of Bradley Wiggins’ rumoured move to Team Sky.

Capturing Contador might sway Garmin’s management to let Wiggo go, while one wonders whether the British rider, who has Tour de France podium aspirations following his fourth place this year, would be happy to play what would most likely be a super-domestique role to Contador.

Even if Astana do secure their licence – and without Contador, that may be put in doubt – their line-up next season is going to be very different to the one that saw them top the UCI world team rankings this year through the contribution of star names such as Contador, Lance Armstrong and Levi Leipheimer.

The two Americans have moved to Armstrong’s new project, Team RadioShack, with a number of other riders moving with them, or elsewhere, leaving a rump of mainly Kazakh riders, including Alexander Vinokourov who returned to racing in the Vuelta following his two-year ban for doping.

Signings so far confirmed for 2010 for Astana include Paolo Tiralongo og Lampre-NGC, the Gorazd Stangelj from Liquigas and Fuji-Servetto’s David de la Fuente.

The expectation is that there are going to be a few twists and turns over the coming weeks before we learn the full picture in terms of the ProTour’s teams and the names of their riders for 2010.