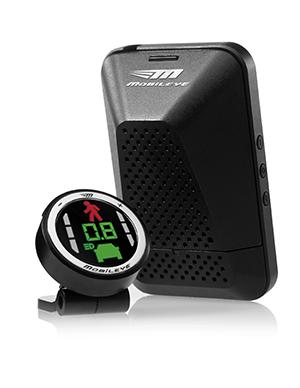 Lights and alarms sound in driver's cab if cyclists or pedestrians get too close, thanks to intelligent camera system...
by Sarah Barth

Ealing Council in West London has launched a six month trial of an intelligent detection and warning system for HGVs that alerts drivers to the presence of a cyclist alongside.

Cycle Safety Shield, costing an estimated £800 - £4,000 per installation, depending on the number of features selected, uses 360 degree cameras to spot riders in drivers’ blind spots who are in potential danger of being crushed or run over.

The system picks out cyclists and pedestrians, and if they get too close an alarm sounds and a red light in the shape of a man flashes in the cab.

It also uses intelligent image recognition technology to cut down on false warnings that could desensitise the driver to warnings.

In addition, a flashing sign on the side of the lorry with speech warns cyclists that a vehicle is indicating to turn left.

The council is hoping to roll out the technology to all its contractors’ fleets, and encourage bus providers and private companies to sign up too, according to Councillor Bassam Mahfouz’s blog.

Yesterday we reported that Transport minister Robert Goodwill says cameras and improved mirrors set to be fitted to new lorries under proposed European regulations may also be installed on to existing vehicles to help make cyclists safer – but he has ruled out a call from Respect MP George Galloway to make sensors and other safety equipment mandatory for HGV operators.

Mr Goodwill, who is responsible both for cycling and road safety, was replying to a question in the House of Commons in which Mr Galloway asked him if he would “bring forward legislative proposals to make sensors for the blindspot and other cycling safety equipment a legal requirement on all new heavy goods vehicles and passenger service vehicles,” as well as on existing ones.

In reply, the minister said: “The Department for Transport has led moves at the UN-ECE to improve the mirrors fitted to new heavy goods vehicles. Once implemented at EU level these new mirrors will help cycle safety by increasing the driver's view of the passenger side.”

“The International Standards Organisation (ISO) is developing a standard for camera monitoring systems fitted to road vehicles. The Government anticipates the standard will be included within the UN-ECE regulation as a means to improve further the driver vision for new large vehicles. It is possible that these new mirrors and camera systems could be fitted to existing large vehicles.”

But he added: “There are no plans currently to introduce requirements for sensing systems to detect cyclists alongside heavy vehicles. A full assessment of these systems will be needed before reaching a decision to impose additional costs on operators of these vehicles.”