The stuff they never tell you about rim brakes: should you stick with tradition or switch to disc brakes?

Is it worth sticking with tried and tested rim brakes, or should you think about making the jump to discs? We explore some of the most common rim brake pitfalls
by Mat Brett

Whether you should choose rim brakes or disc brakes is a big issue for more and more people these days with the bike market becoming mixed at ever-lower price points. We’ve run an article in the past about why you might want to think twice before going all-in with disc brakes, so we thought it fair to redress the balance by pointing out the hassles associated with rim brakes too…

They’ll wear out your rims 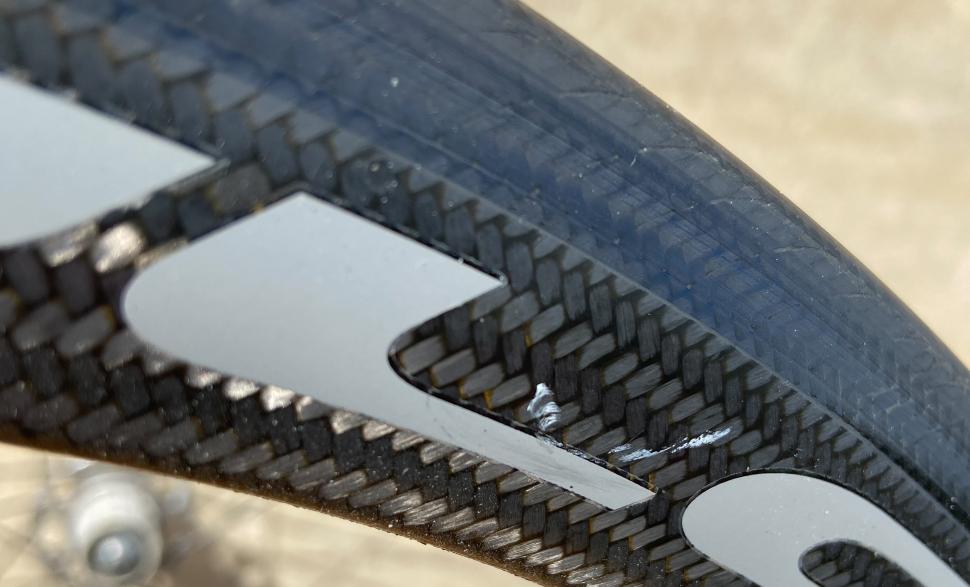 Braking causes wear – you can’t get away from that fact. You can, though, decide which components get worn. With disc brakes, it’s relatively inexpensive and easy to replace the rotors, but with rim brakes, it’s the sidewalls of your rims. That might not be a big deal if you’re running cheap wheels and you don’t rack up big miles, but it can get you down if you’ve just invested a lot of money in a set of posh new hoops.

How long you can expect a rim to last? Shimano's Ben Hillsdon says, "It's difficult to say because it depends on the force of your braking and the cleanliness of your pads and your rim. If you can avoid excessively dragging the brakes and if you clean your bike regularly, paying particular attention to the braking track on the wheels and the face of the brake pad you'll significantly extend the life of your wheels."

Not all rims are the same either. Manufacturers will sometimes use a thin sidewall to reduce weight, but that’ll affect longevity.

Wheel manufacturers make rims from aluminium because it’s lightweight and the coefficient of friction doesn’t drop to the same extent as steel when it gets wet, but the aluminium alloys used are relatively soft and wear much faster.

Carbon fibre rims usually have a layer of material laid over the brake track to give a good braking performance, prevent heat buildup and prolong the life of the rim. Underneath this top layer is the raw carbon weave.

Hunt's Ollie Gray says, “Carbon brake tracks are much more resilient than alloy braking surfaces and generally will not show the same bowing/caving that alloy surfaces do. Whilst they will curve inwards to a degree, this is not normally the tell-tale. What you should look for instead is when the woven fibres of the carbon itself begin to become exposed or frayed.”

They don’t work well in the wet 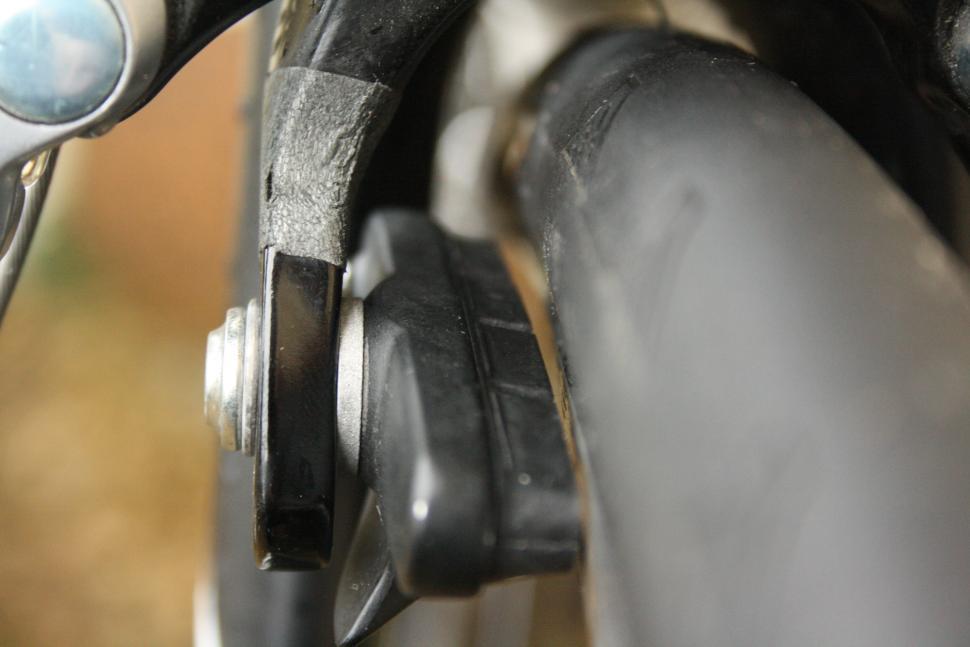 Water on the road quickly gets transferred to your wheel rims while you’re riding so rim brakes don’t work as well in wet conditions. Water on any braking surface reduces friction and affects performance. The coefficient of friction with normal brake pads and an aluminium braking surface doesn’t drop as radically as it does with steel, but it’s still significant.

Disc brakes are affected by wet conditions too, but not as badly. Fixed to your hubs, disc brake rotors are further from the road surface than your rims and they don’t get covered in as much spray or mud.

Braking on carbon is… variable 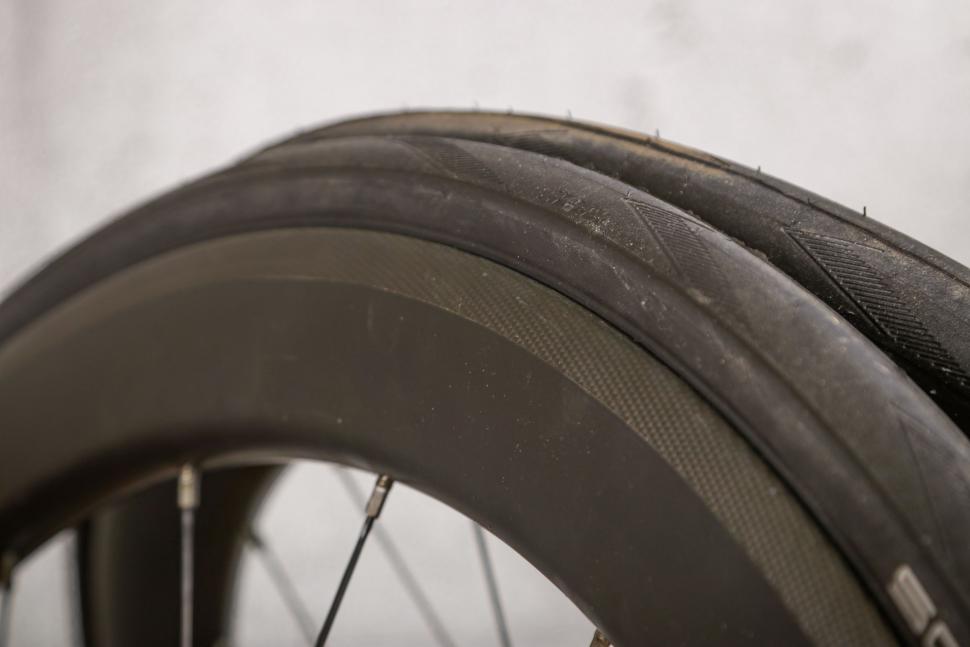 The use of carbon fibre allows manufacturers to make lightweight and/or aero rims but you don’t get the best braking surface.

“If your wheels have carbon braking surfaces, you have to take some special considerations into account,” warns Canyon. “Most importantly, only use brake pads suitable for carbon wheels.

“We recommend brake pads made by or recommended by, the wheel manufacturer. Carbon brake pads usually wear out faster than conventional brake pads. In addition, the rims have weaker braking performance than aluminium rims, especially in wet conditions.”

Admittedly, braking on carbon rims has got a lot better since the early days. It used to be dreadful with little consistency, but manufacturers have gradually improved things.
In his recent review of Hunt’s 36 UD Carbon Spoke Wheelset on road.cc, Jamie Williams said, “Carbon braking surfaces have come a long way over the last decade, and here the braking is consistent without any surprise 'snatching', although as with all carbon wheelsets it does take a rotation or two to clear off water when conditions are wet.”

Hunt uses what it calls a Griptec basalt ceramic fibre brake-track to provide extra friction, Campagnolo has its All Conditions Carbon Control (AC3) technology which results in a textured braking surface, and other brands have their own tech, all of which leads to better braking, but it’s never as good as on aluminium.

One other issue with carbon that people sometimes mention is that heat produced by braking could cause the resin to soften, affecting the rim’s structural integrity. In the real world, though, this virtually never happens, not even to heavy riders descending steep mountains in high temperatures.

Brake pads can be expensive

Considering that they weigh just a few grams each and wear out pretty quickly, brake pads can be expensive. A pair of Zipp’s Tangente Platinum Pro Evo brake pads retail at £41, for example – and you’re going to need two pairs.

You need to choose the right brake pads 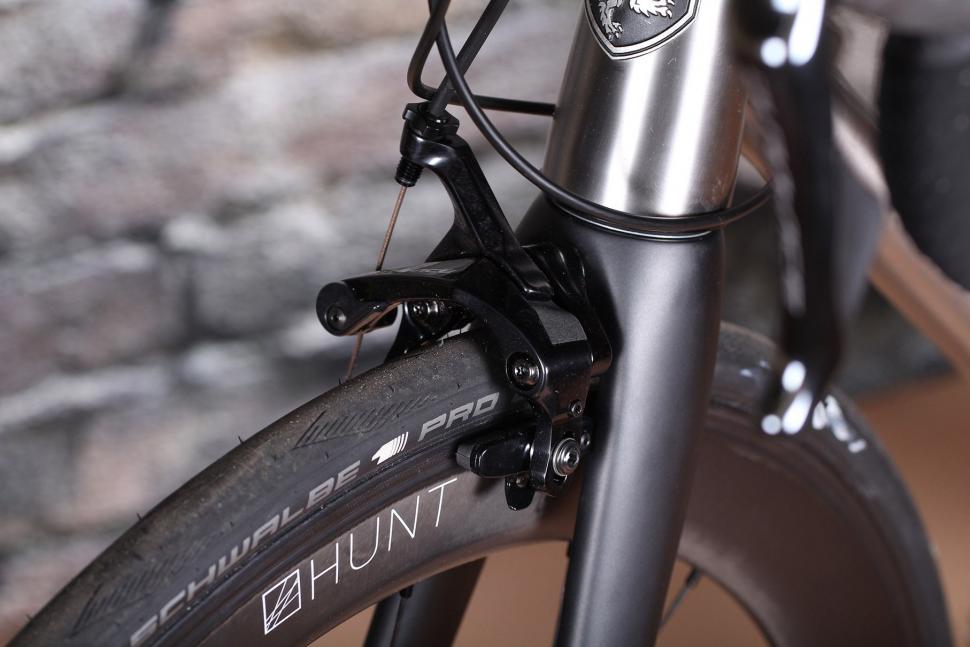 You need to select the right brake pads too. Most importantly, you need to get the right pads for the rim material: carbon or aluminium.

Beyond that, though, some brands suggest that particular pads will work best with their wheels, and different types of pads suit different conditions.

“There are a few variables to consider but on a basic level: softer compound pads, which offer greater modulation and are best used during the dry/summer months, won’t deteriorate the rim’s braking surface as much as they’ll deteriorate themselves,” says Hunt’s Ollie Grey. “Harder pads are better for year-round riding, but owing to their firmer compounds will cause more wear on the braking track over time."

You need to look after those brake pads

Stones, glass, and other debris from the road can sometimes get embedded in the compound of your brake pads. If you don’t notice it, this can damage the rim – gouging the braking surface – and affect the braking performance.
You need to remove the wheel to get a proper look at the surface of the brake pad. If you spot anything stuck in there you need to prise it out with tweezers. 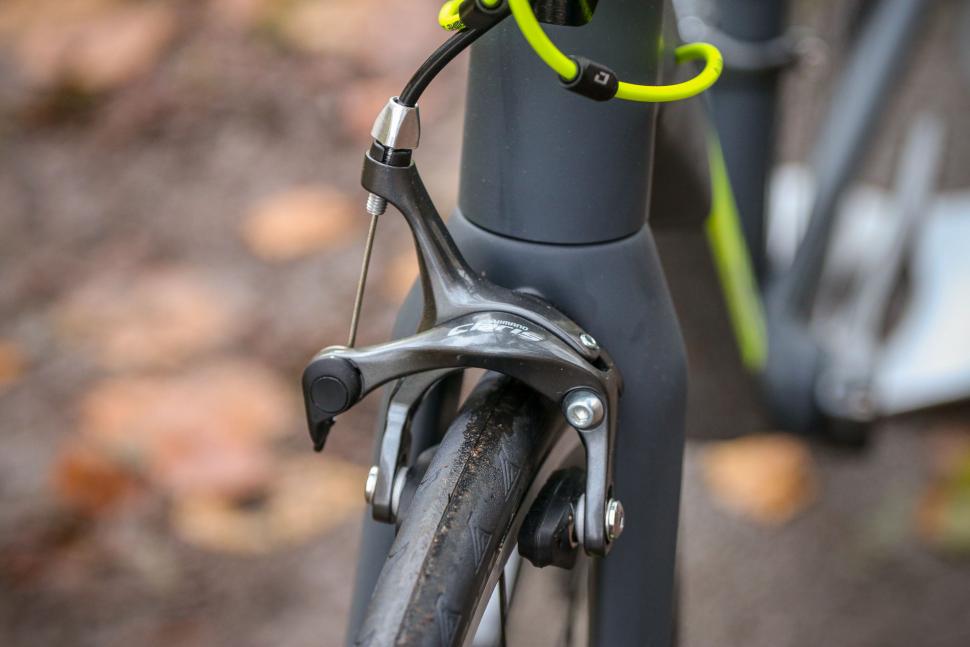 While disc brake development continues apace, there’s not a lot happening in the rim brake market.

The same is true of the wheels that are used with each. Many high-end wheels are released only for use with disc brakes these days. There’s no such thing as rim brake version of the Roval Rapide CLX or Zipp 353 NSW, for example.

Designers often say they like the fact that they don’t need to incorporate a brake track into a new aero wheel because it gives them freer rein in their efforts to reduce drag.
Of course, plenty of high-end wheels are still released in both rim brake and disc brake formats, but the market is clearly moving in only one direction. 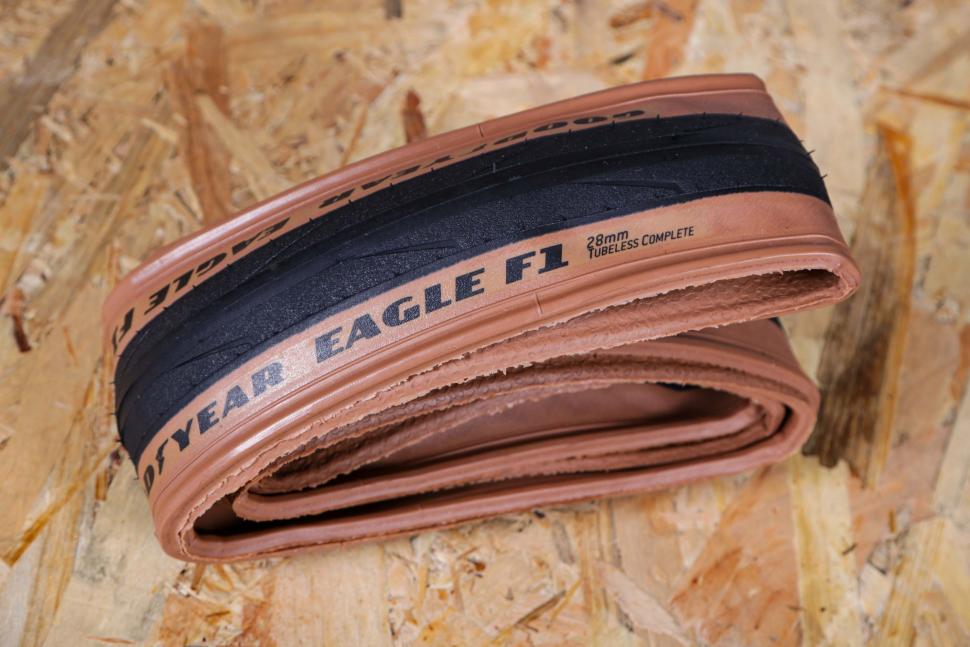 With disc brakes, your maximum tyre size is dictated by your frame and fork but with rim brakes, you have the additional limitation of the calliper. Most modern rim brake callipers take a maximum tyre width of 28mm, for example, so all-road and gravel riding aren’t open to you.

> 46 of the best road bike tyres 2021 - rubber for speed, durability and puncture resistance

Rim brakes can rub and squeal too!

People often moan about disc brakes making loads of horrible noises, but rim brakes can rub and squeal too.

Luckily, it’s usually easy to stop the brake pads rubbing on the rims by re-centring the calliper or altering the cable tension via the barrel adjuster, and many noises can be cured with simple maintenance, like toe-ing in the pads.

How to replace your road bike's rim brake pads

Slight wheel imperfections can be a big deal 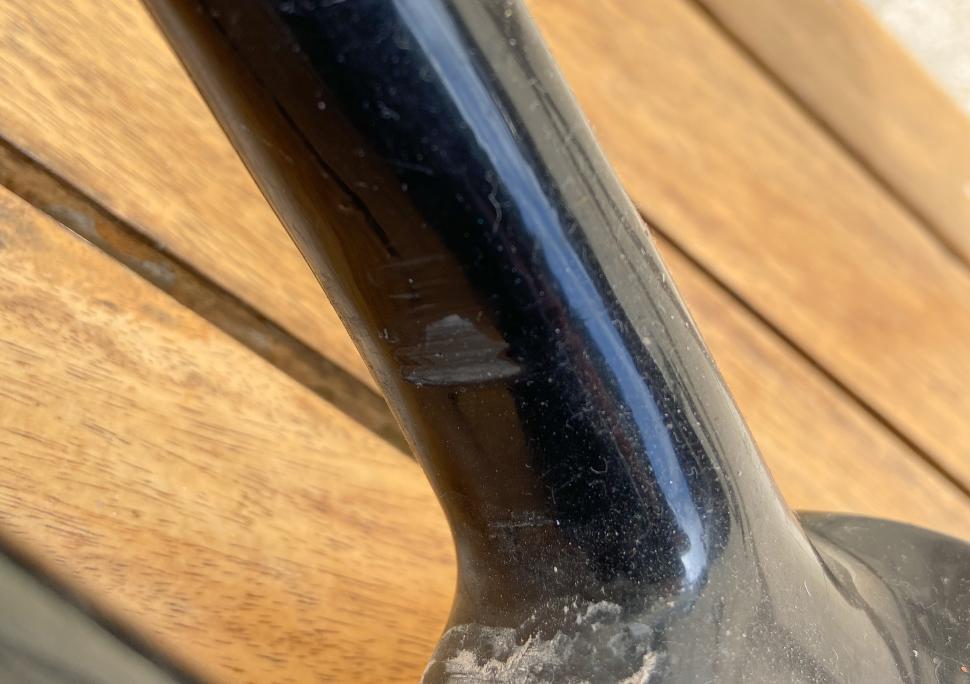 A rim going slightly out of true during a ride isn’t a big deal if you’re using disc brakes. You might not even notice for a while.

You’ll notice pretty quickly with rim brakes. Braking will become inconsistent as the contact between the rim and the pad varies during the wheel’s rotation.

If your wheel goes a long way out of true you might get a knocking between the rim and the pad even when you’re not braking, and that’s really bad news.

Cable run is imperative to performance 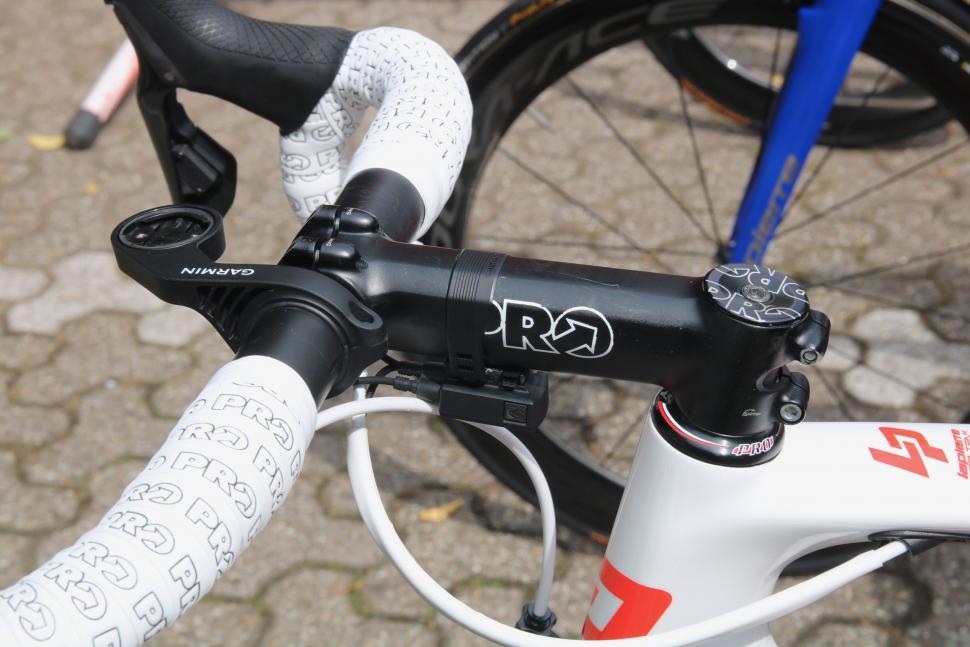 Cable run makes a big difference to the performance of any cable-operated brakes – which includes some disc brakes as well as the vast majority of rim brakes.
Steel cables don’t like sharp corners which is a problem if you want fully internal cable routing with nothing showing anywhere between the lever and the calliper. The more convoluted the routing, the spongier the brakes feel.

Hydraulic brakes – which include some rim brakes, but not many – don’t care much about tight turns. You want to run the hose inside the handlebar, take a hard left into the stem, flip directly down into the fork steerer… and so on? Not a problem.
Everyone seems to want the clean look and slight aero benefit of internal cable routing these days. This is possible with rim brakes and traditional cables – the Trek Madone 9 Series we reviewed a few years ago had virtually no cable showing, for example, but this is far, far easier to achieve with hydraulic brakes.