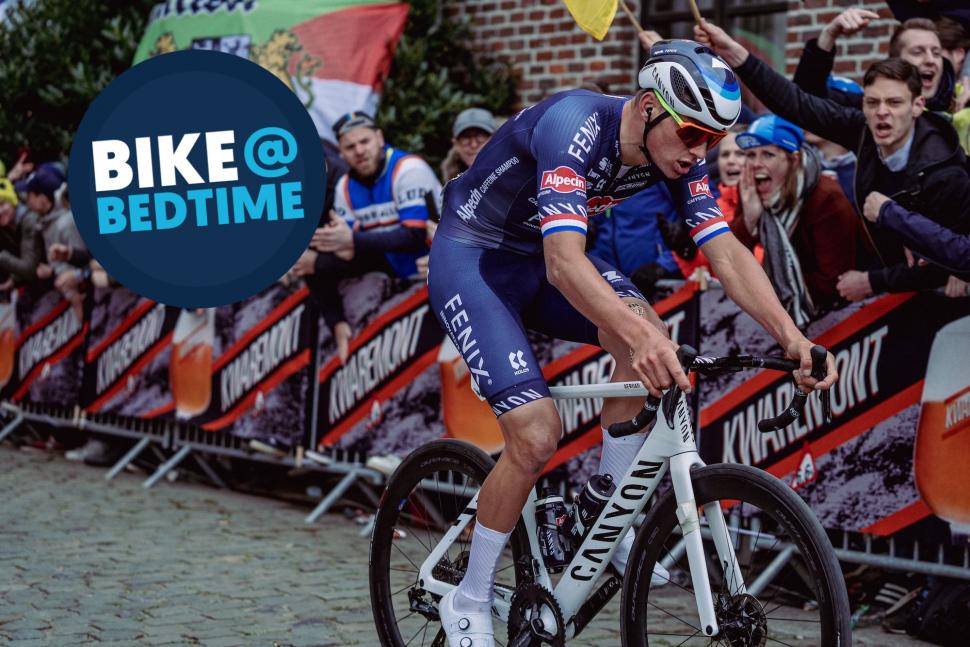 Launched less than 18 months ago, this is a bike that already has an interesting history behind it...
by Mat Brett

Mathieu van der Poel won the Tour of Flanders for the second time in his career on Sunday (3rd April 2022) in an extraordinary sprint finish, and this is the all-white Canyon Aeroad that he rode to victory.

Canyon unveiled the latest version of the Aeroad – the 065 – in October 2020, and it is a model that has already had an interesting history.

As the name suggests, the Aeroad is the aero road bike in Canyon’s range, sitting alongside the lightweight Ultimate. The bike was developed with aero-wheel specialist Swiss Side and, according to Canyon, a notional rider can hold 45km/h (28mph) while putting out 7.4 watts less than was required on the previous model. 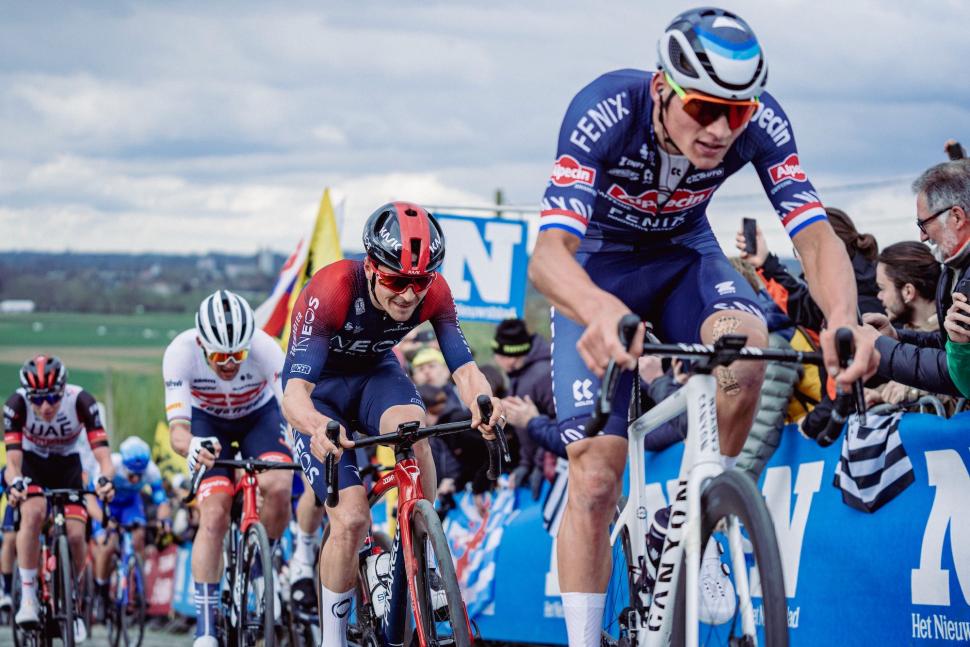 As well as improved aerodynamics, the latest version is also lighter and the cables/hoses are routed internally on most models.

We had the Canyon Aeroad for about a week at launch and absolutely loved it, but within a couple of months, Aeroad owners were complaining of excessive wear at the point where the seat post met the seat tube.

Then in early March, the aero cockpit snapped under Mathieu van der Poel while racing Le Samyn and Canyon issued a ‘stop ride’ notice to owners of the 2021 Canyon Aeroad models that featured the CP15 and CP18 width-adjustable cockpits. The pros, meanwhile, continued using the Aeroad but with an older handlebar and partly external cable routing. 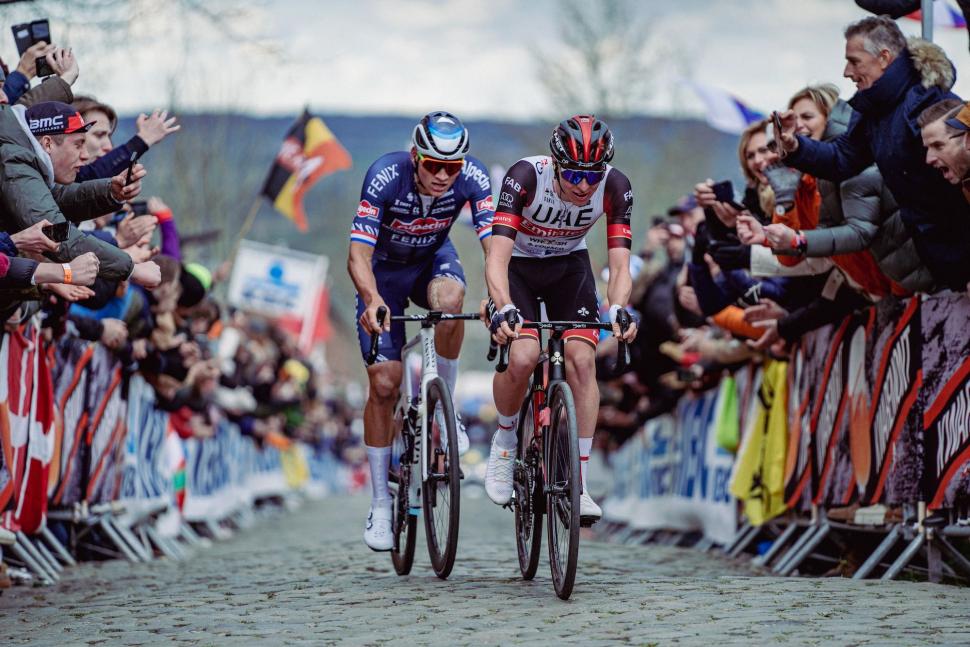 To cut a long story short, Canyon worked hard and fast on a solution and by the time Mathieu van der Poel stormed to victory on Stage 2 of the Tour de France, he was using a new handlebar and there wasn’t a cable in sight, although other riders were without the new cockpit.

Like the rest of the team, Mathieu van der Poel is using the new Shimano Dura-Ace FC-R9200-P power meter, although some other teams use bikes equipped with the previous version, designed for use with 11-speed systems.

The wheels are Shimano Dura-Ace too. They’re C50s, the 50 referring to the rim depth in millimetres. These are designed as all-rounders, intended to offer a balance between low weight and aerodynamic performance. Shimano claims a weight of 674g for the front wheel and 787g for the rear.

These wheels are available for tubular tyres but Alpecin-Fenix went for the tubeless version run with Vittoria Cross Control tyres in a 28mm width.

The handlebar/stem is from Canyon with an out-front mount for a Wahoo bike computer. The handlebar tape is from Selle Italia and, although you can’t see it in these pics, Mathieu van der Poel uses a Selle Italia Flite Boost Kit Carbonio Superflow saddle.

The bottle cages are Elite’s Custom Race Plus – made from fibre-reinforced plastic (FRP) and weighing 40g each – used with super light (54g) Elite Fly bottles before Van der Poel ditched them ahead of the finale.