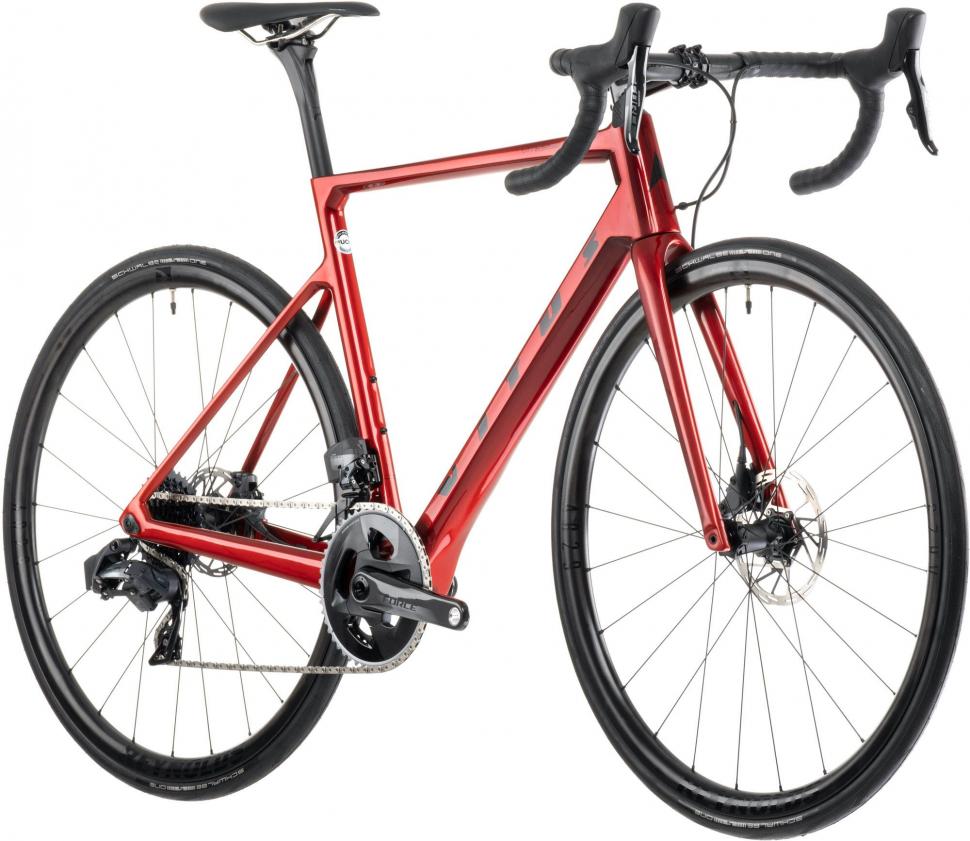 Vitus has redesigned its Vitesse Evo race bike for 2021 and claims that the new version is lighter and much stiffer than previously. Vitus has also dropped the seatstays (they join the seat tube lower than before), the idea being to boost comfort, and tweaked the geometry. 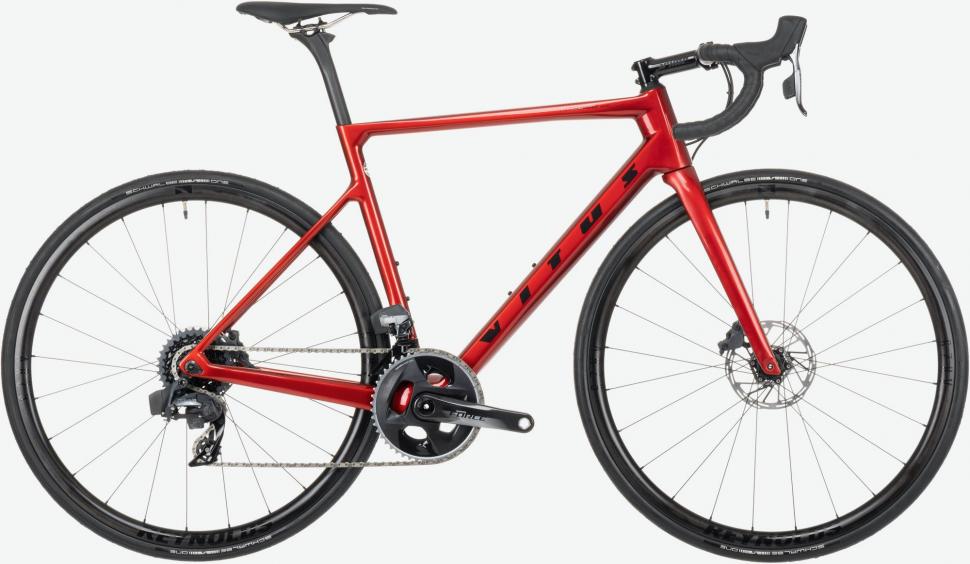 All these changes are the result of feedback from the Vitus Pro Cycling p/b Brother UK team last year – riders like Scott Thwaite (previously of Bora-Hansgrohe and Dimension Data) and Ed Clancy (multi-time World Champion and Olympic gold medallist). 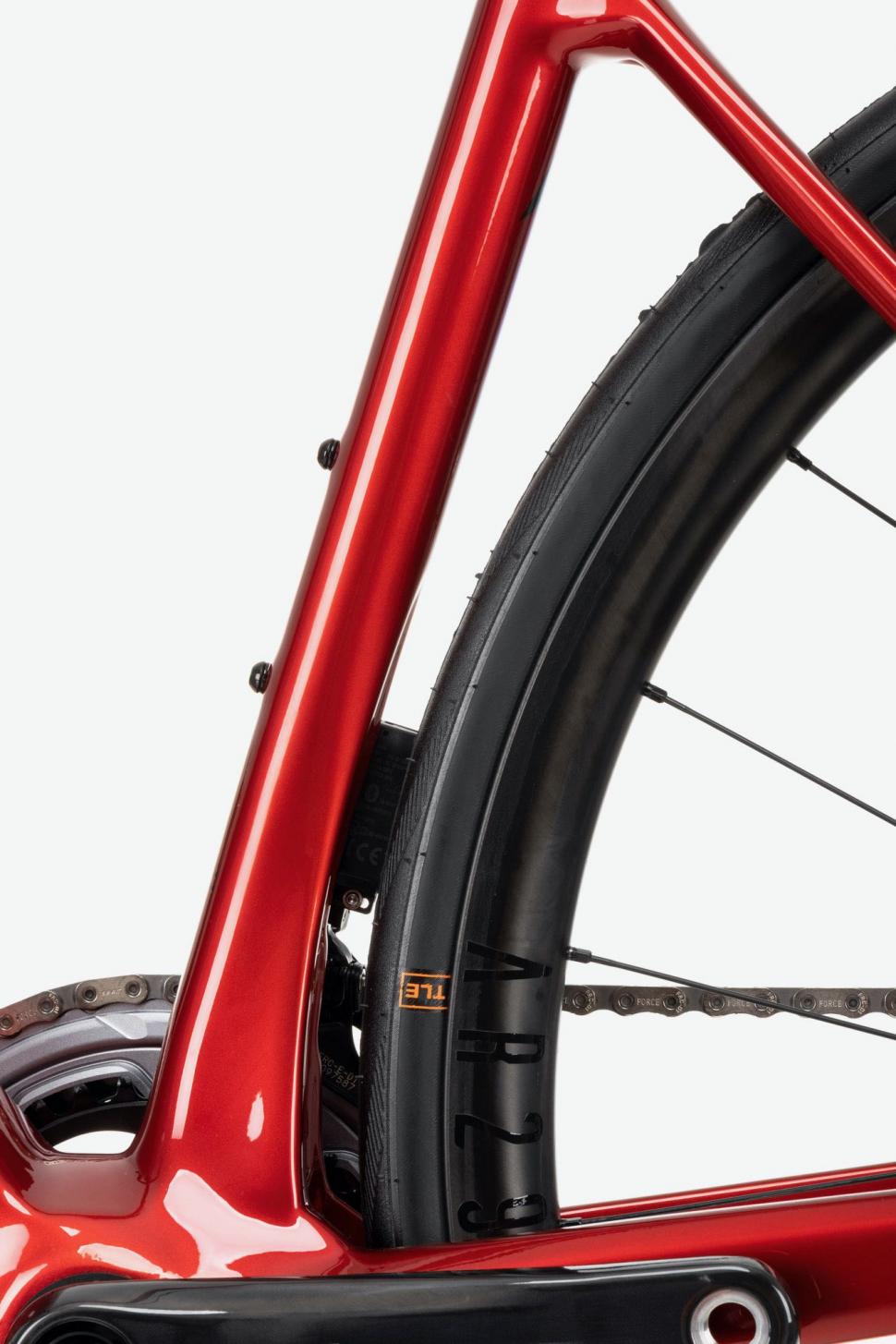 “We've now dialled in the focus, so the new Vitesse Evo is all about weight,” said Jodie Shann, road product manager at Vitus. “We've got it as light as possible, and added in a massive amount of stiffness where the likes of Scott Thwaites wanted it. There is a huge difference when you get out of the saddle and put the power down.”

Vitus says that the new Vitesse Evo has a frame weight of 840g (size medium) while being considerably stiffer than previously, especially at the bottom bracket. The fork is said to be much stiffer too, virtually eliminating rub between the disc brake rotor and the pads. 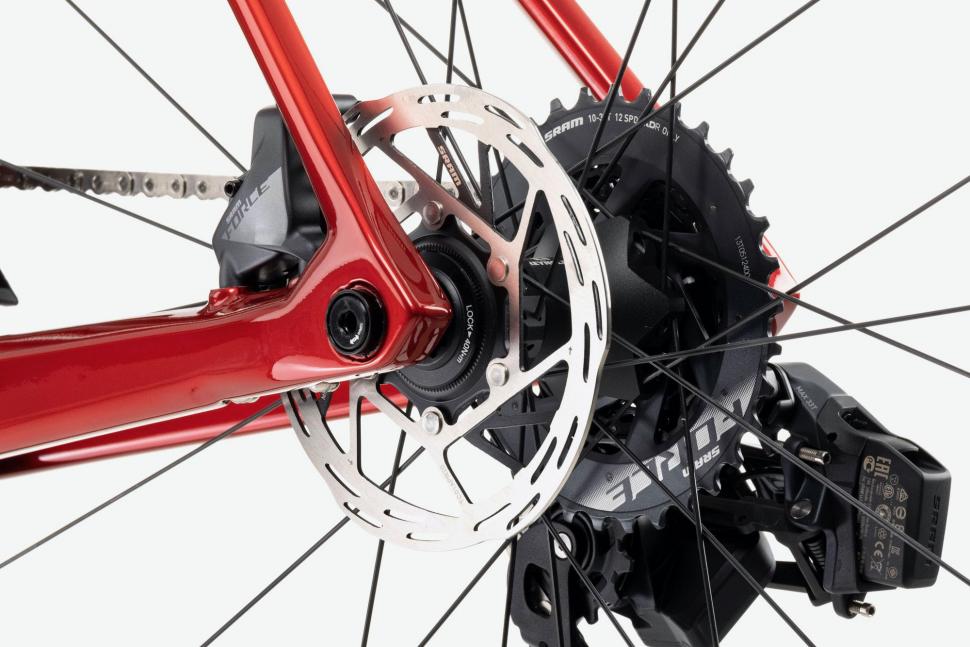 As mentioned up top, Vitus has joined the longterm trend for dropping seatstays. The internal seat clamp is also positioned lower than previously with the aim of allowing more flex in the seatpost and ultimately more movement at the saddle for increased comfort.

Vitus has tweaked the Vitesse’s geometry. The stack height of the medium-sized Vitesse Evo has been shortened by just 1mm (from 548mm to 547mm) while the reach has been increased by 5mm (from 382mm to 387mm). Although not huge, these changes will put you into a more aggressive riding position. 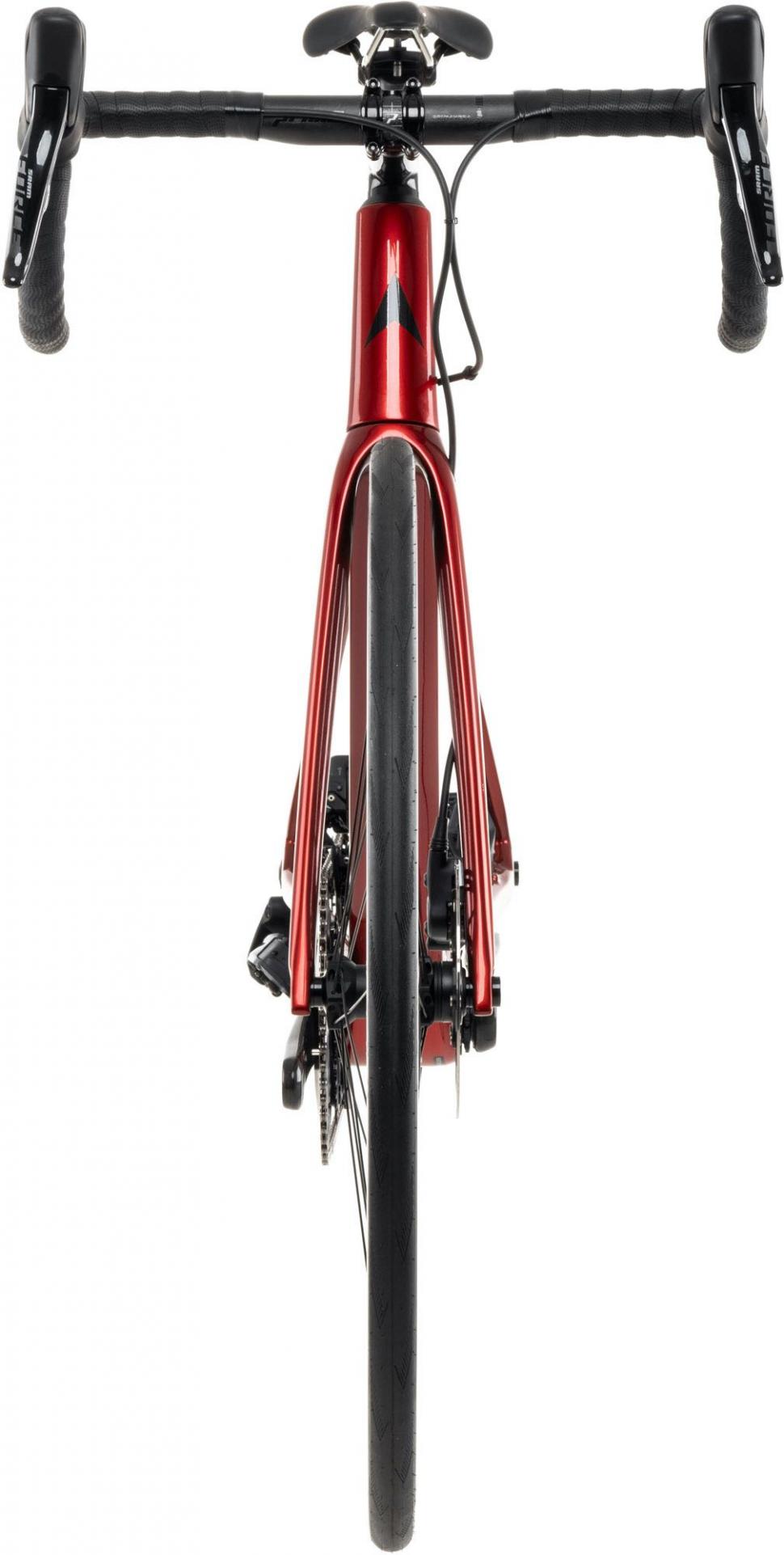 Vitesse Evo is more aerodynamically efficient than previously, although it hasn’t yet published any wind tunnel statistics to support that claim.

The Vitesse Evo is available with disc brakes only, with the hoses and any gear cables running external between the handlebar and the down tube and fork crown. 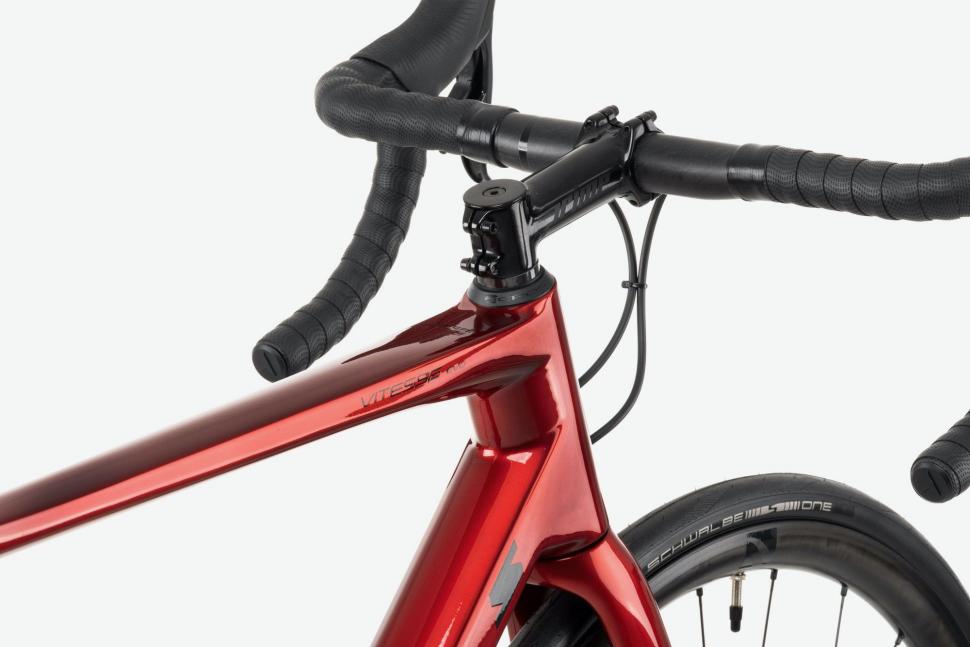 The specs are designed to keep the weight as low as possible with carbon seatposts on all models, carbon handlebars (the Prime Primavera X-Light Carbon bar on all but the cheapest model) and an ultralight aluminium stem (Prime Doyenne Lightweight 6061 Aluminium across the board). The wheels and 25mm tyres are tubeless. 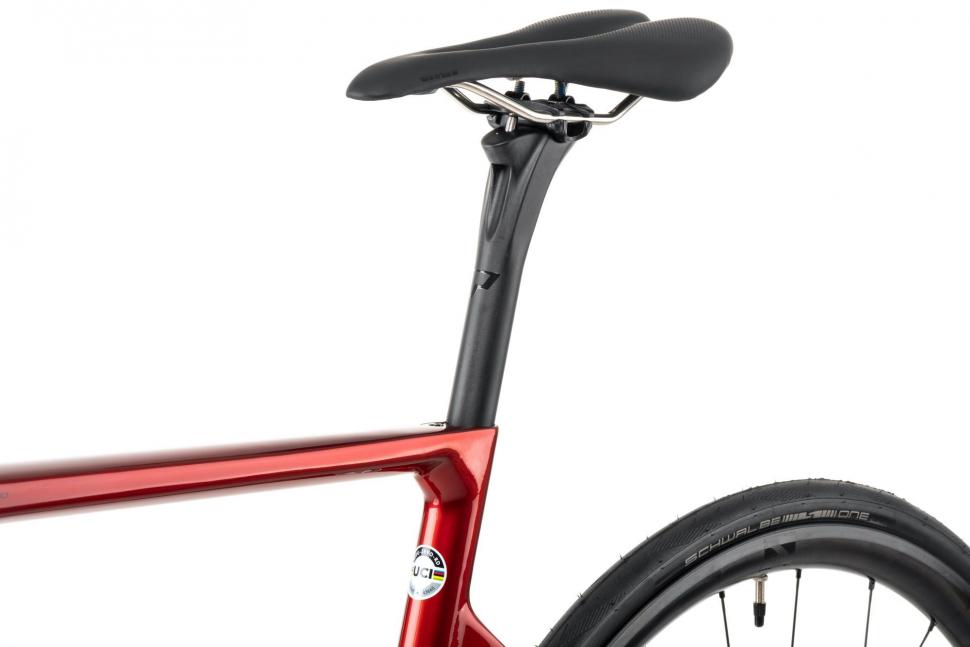 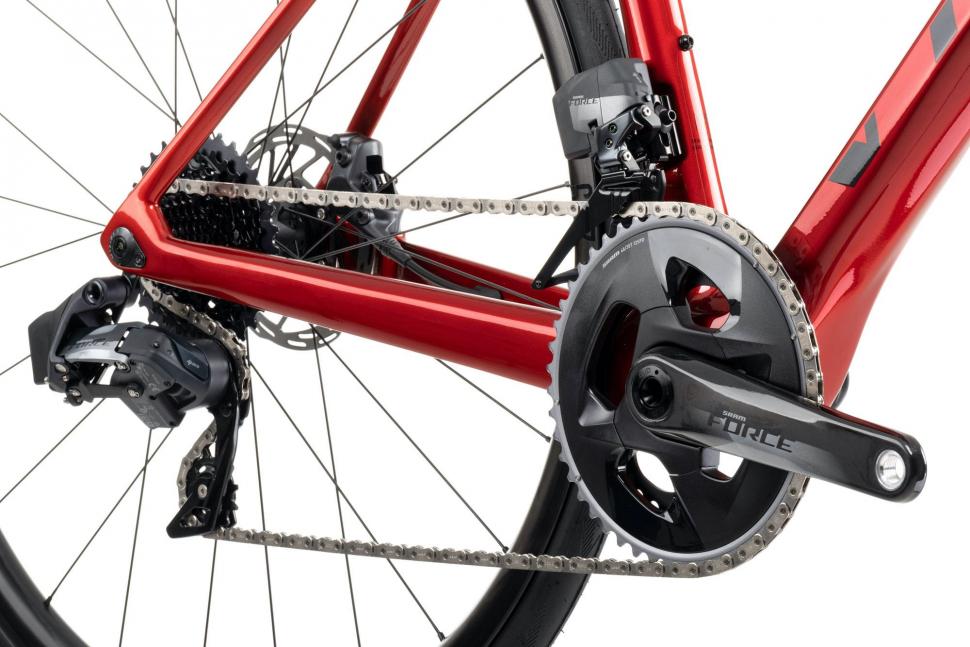 Like many bikes at the moment, the Vitus Vitesse Evo is in short supply. A new drop of the top-end CRX eTap model will arrive around mid-April with more stock of the other models due around the start of May.

Vitus bikes are available through Chain Reaction Cycles and Wiggle.