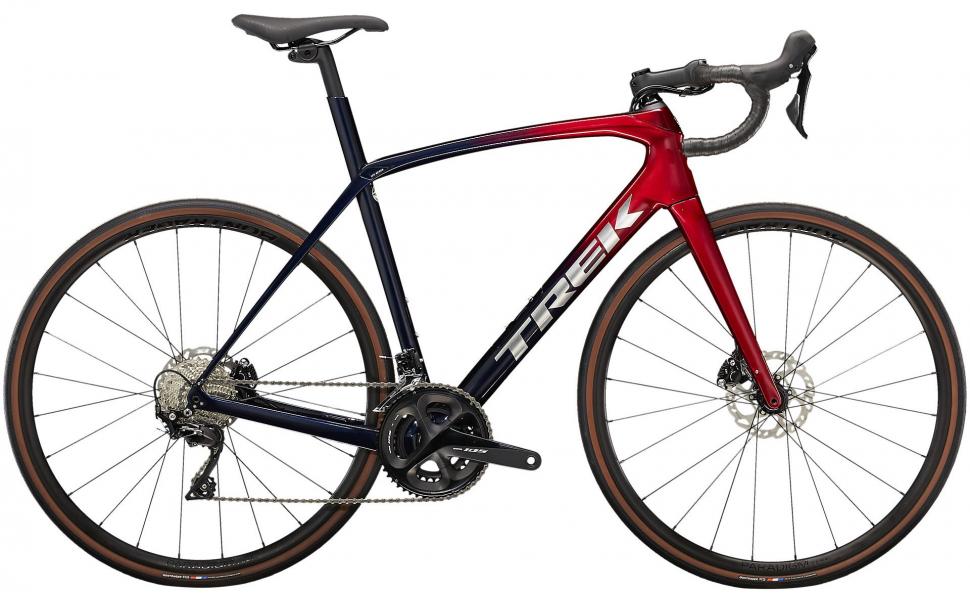 Bike at Bedtime: check out the Trek Domane SL

This popular endurance bike is back for 2022; find out about the clever tech that smooths the ride to keep you feeling fresh
by Mat Brett

The Trek Domane SL is a super-popular road bike – maybe even an all-road bike when set up with the right tyres – that offers a smooth ride courtesy of front and rear IsoSpeed technology that helps to damp both small vibrations and bigger lumps and bumps.

Trek introduced IsoSpeed a decade ago, way back in 2012, although it has developed over the years. Rear IsoSpeed was first, decoupling the top of the seat tube from the rest of the frame. 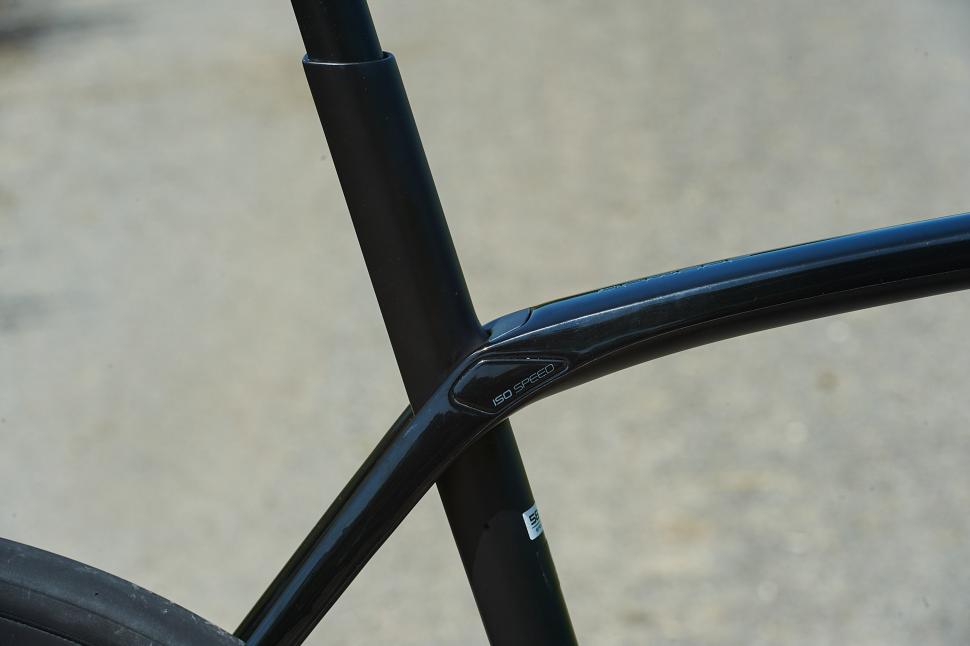 What does that mean? Although the seat tube is fixed to the bottom bracket area in the normal way, it isn’t moulded to the top tube or seatstays. Instead, the tubes are joined by a pivot, allowing it to flex more than would otherwise be possible. This leads to more movement at the saddle.

The idea is that this takes the edge off big hits and smooths out smaller vibrations so that you feel fresher for longer. 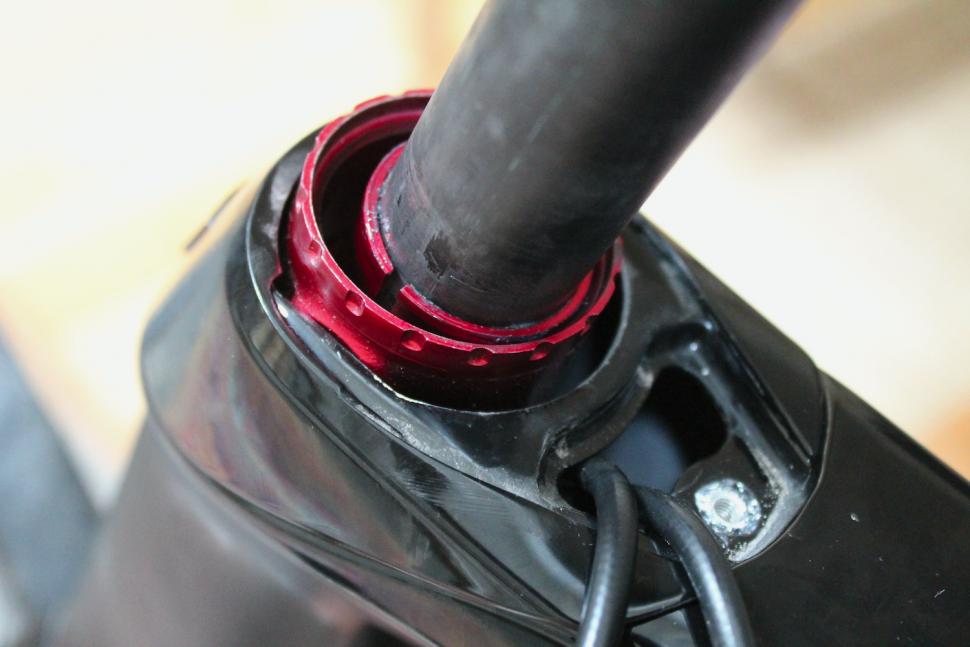 Front IsoSpeed is a more recent introduction that works on a similar principle. It consists of a rocker cup at the top of the headset that allows the fork’s carbon steerer to flex backwards/forwards, but not from side to side.

In other words, the upper section of the headset can tilt to allow the steerer to flex, meaning that the stem and handlebar can move slightly over rough roads.

What effect does the IsoSpeed technology have out on the road? When you’re riding on well-surfaced tarmac, IsoSpeed doesn’t feel any different from normal and even over rough roads, it’s subtle. In some ways, it feels like running wide tyres at lower pressures than usual although, unlike big tyres, it never feels squishy when you get out of the saddle and pedal hard. 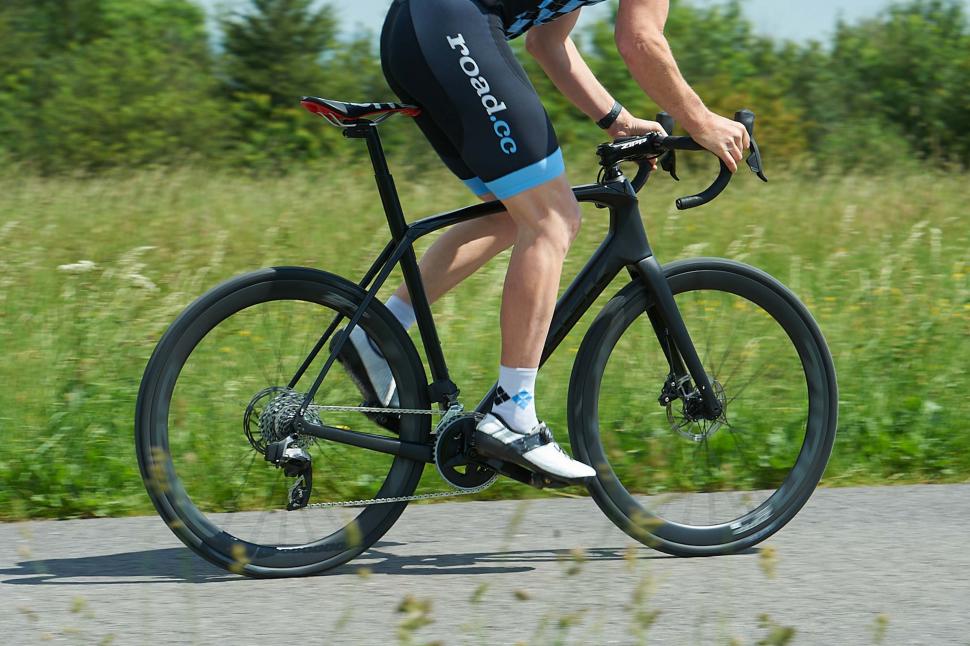 You get just a bit of movement to muffle what’s going on beneath your wheels, and it’s certainly more noticeable at the saddle than at the handlebar. Hit a deep pothole at full speed and you still feel it – just slightly less than you otherwise would.

The main advantage, though, isn’t the protection from the big hits, it’s the smoothing you get from the smaller stuff: little holes, manhole covers, drains, frost damage, badly patched tarmac, kerbs on and off the cycle path… It comes in handy over cobbles too, if you have any of those around your way or fancy a trip abroad.

IsoSpeed doesn't eliminate bumps and vibrations from any of this stuff, it just tones it down. The rougher the surface, the bigger the difference it makes. 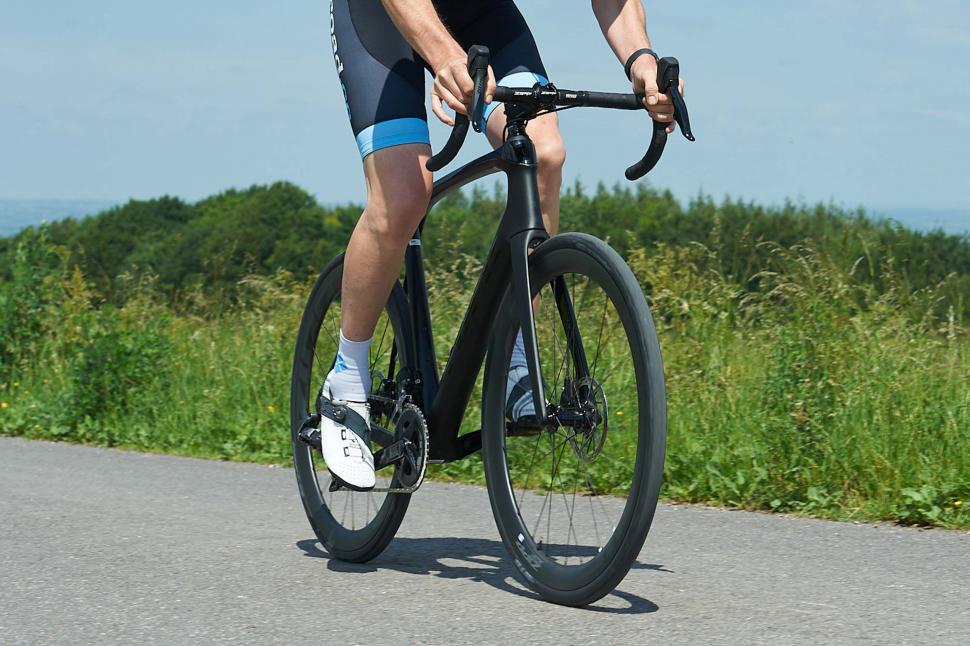 The Domane isn’t a gravel bike but it will take tyres up to a sizeable 700 x 38 and it’s great for shortcuts to link up two sections of tarmac – towpaths, hard-packed tracks, and stuff like that.

The Domane’s geometry is more relaxed than that of something like Trek’s Madone – you get a more upright, endurance-friendly ride position here. It’s still a bike with a performance edge, though, Trek saying that the current version is much more aero than previously thanks to truncated airfoil tube profiles. 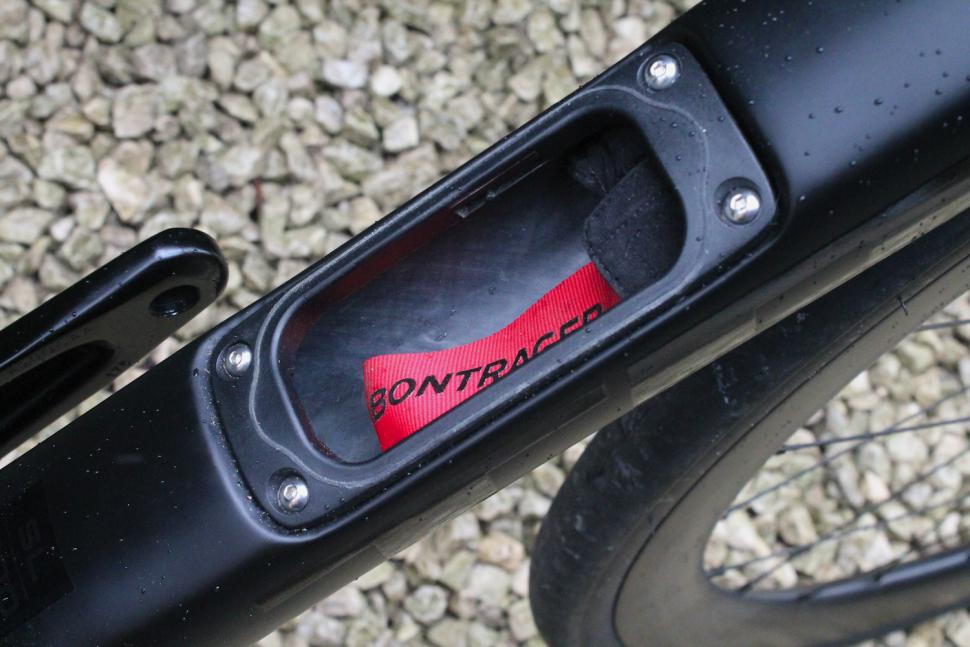 With a threaded T47 bottom bracket, mudguard mounts, and a storage compartment hidden inside the down tube, the Domane SL is a practical option too.

Priced at £2,450, the 2022 Trek Domane SL Disc frameset is £250 more than the 2021 version that we reviewed. It’s available in Satin Dark Prismatic/Satin Trek Black and Crimson/Trek Black finishes (Trek offers colour choices across the Domane range).

Unless you already have components ready to add, the complete bikes look better value. £3,050 gets you the Domane SL 5 with a complete Shimano 105 groupset and other components from Bontrager.