road.cc chats to top cyclo-cross racer Helen Wyman on racing disc brakes and the future of discs in the sport
by David Arthur @davearthur

Disc brakes are the hottest topic of debate in the road cycling world at the moment, but all eyes are on the cyclo-cross racers where, since the UCI ratified discs in 2011, many expect their adoption to come a little sooner. This season could be pivotal; there was the first UCI world cup win for a disc-equipped 'cross bike at the hands of Lars van der Haar, and a few more top racers like Sven Nys and Niels Albert are dabbling with discs.

Against this backdrop of cautious adoption, Helen Wyman has been racing the entire season so far on disc brakes. She’s having a cracking season of racing, and is currently ranked 3rd in the UCI world cup series, with four rounds remaining and the world champs in February yet to come.

Keen to find out just how Helen has been getting on with racing disc brakes, and to find out her perspective on discs, we fired her over a handful of questions.

Is this your first full season on disc brakes?

This is my first season on disc brakes, yes.

Why did you make the switch to disc brakes? What is the attraction?

Well I ride for Kona, which is the largest independently owned bicycle manufacturer in North America. I love that statement ha ha ha. Anyway, basically American teams are leading the way in using disc brake technology. Rapha, Clement, Cyclo-Cross World, Gant and Kona are all using discs this season. 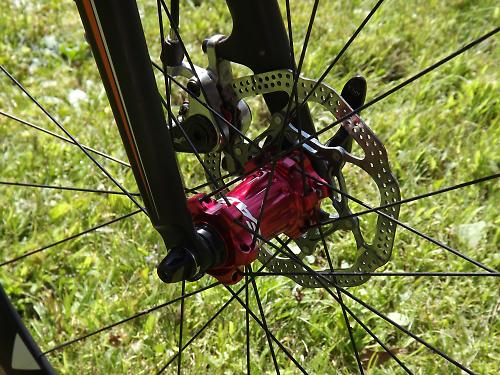 Kona started designing the Super Jake two years ago and at the worlds in Louisville they had the first prototype, so I have known about the switch for a while. The guys at Kona are amazing and include a lot of people in their design process including the riders so when they say this is going to be amazing, I tend to trust them.

Did you do a lot of testing before switching over?

I did a bit of riding on the prototype at the worlds then got my finished race bikes when I arrived in America in August. I had switched to the TRP mini V-brakes at the worlds in Louisville to get some extra braking power.  They are really effective so when I first went out training on discs I thought this doesn’t feel that much different. Then I let Stef (Wyman) have a go and rode his cantilever bike on the same trails. I actually t-boned him as I had already
adapted to later braking zones and couldn't stop in time for a corner!

In your races so far, have you found disc brakes to be an advantage?

I genuinely love them. I have never felt so confident on descents as I feel currently. Excluding the fact that the frame is so incredibly stiff, its just nice to be able to stop when you want to. I do still have to remind myself to brake later sometimes but I would not want to go back in a hurry. 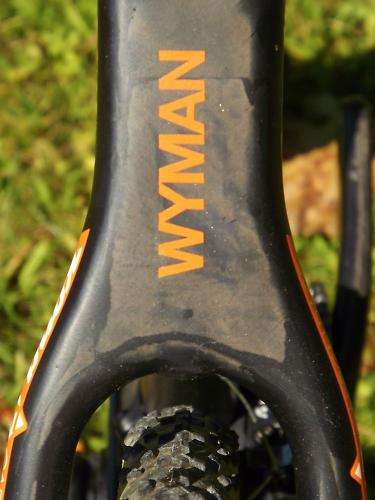 I think riding discs allows you to ride in a different way, more aggressively. It takes time to get that into your riding style as there is only so much cross training you can do. But to me, the advantage is clear.

Have you uncovered any disadvantages yet? There's a lot of talk about disc
brakes clogging with mud and clearance issues?

After a slight initial technical issue with the pads in my first muddy event we have since been using swissstop pads. I started using their e15 pad and they have been perfect, in all conditions, and on all rotor choices (vented and solid).

The brakes actually clog less than cantis for various reasons, primarily because the mud doesn't reach the hub area. Mud is often removed before it hits the braking surface. Yes, there is the odd noise in really muddy conditions but I can still stop where others can't.  In Koksijde and Gieten in the sand I had no noise and no rubbing; that totally surprised me but they outperformed canti in my opinion. 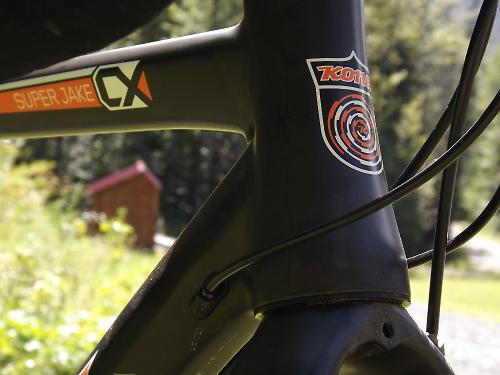 Some critics cite the weight penalty as a reason not to adopt disc brakes. What's your view on this?

Yes I saw Sven (Nys) mention the weight aspect. But there could be other reasons he's not fully onto disc just yet. It’s not ideal switching between canti and disc. Sven only has one disc bike so its not the 3 or 4 bike set-up he is used to. I also understand he's lacking wheel options so until the supply of parts catches up with his requirements he'll delay the switch I guess.

Last year my major Jake (canti) weighed 6.8kg (the UCI weight limit) this year my super Jake (disc) weighs 7.2kg. With a few slight adjustments on the components (carbon bars etc) it could easily be sub 7kg. I'm also on mechanical disc and a hydro set-up would be lighter.

The frame itself is crazy light and the only real weight difference for me is that last year I used Easton shallow section wheels, this year they are deep section wheels. Bikeman sent us some 71g vented rotors and the TRP Spyre brakes (mechanical) I use are as light as canti brakes. You can get really very geeky on these things and definitely weight does not have to be a penalty for disc brake bikes. 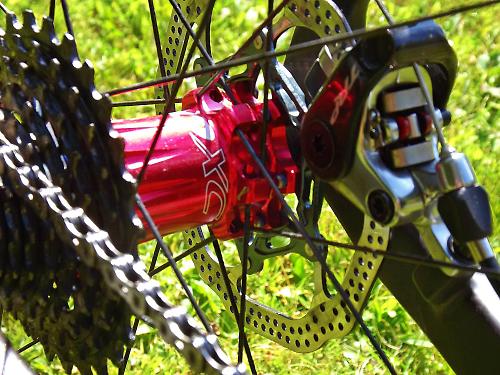 There's been a lot of reluctance to disc brakes at world cup level. It seems everyone is looking at everyone else, as well as waiting for hydraulic disc brakes from the big component manufacturers.  Do you think disc brakes are here to stay, or just a fad? Do you envisage a future when all your rivals are on disc brakes?

Oh they are definitely here to stay, there is no doubt about that. You have to remember that the professional riders have a serious amount of equipment. If they made the decision to stay with cantis before the season that’s a whole heap of equipment wasted for all their sponsors. A lot of the very top riders use Shimano and they are testing their equipment, so again these guys want to know that what they are using is perfect. After Lars Van Der Haar won the first 2 world cups on them both Neil's and
Sven opted to try them.

In America the frame manufacturers are pushing the technology and the component companies are working along side. In europe its probably the oposite with a lot of companies not actually having a disc-ready frame. The great disc debate is surely not in our hands anyway, but in the hands of the manufacturers.

Leaving disc brakes to one side for a moment, how has your season gone for
you so far?

Its gone very well and I'm very happy. I had a bad round of the World Cup in Tabor, so I'm effectively out of the end classification there. But that frees up other opportunities. I can just tick over in a World Cup and focus on the World Championships. 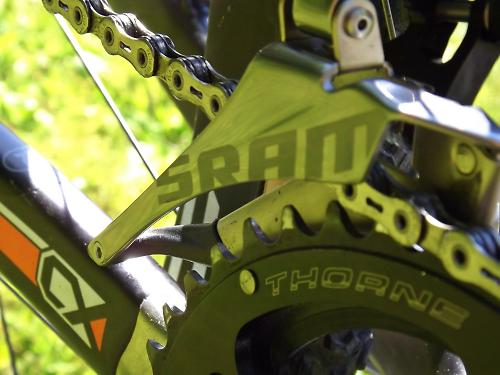 I've won two rounds of the Superprestige and retained my European Championship title. On top of that I won Koppenberg and I've overturned a one minute deficit to now lead the BPost series although there is a long way to go there.

My American trip went well with 4 wins and I had a lot of fun in the cross clinics passing on some tips to up and coming racers across all categories.

What races and goals are you focusing on and looking forward to?

I'm over halfway through the season in terms of race numbers. I've got 5 weeks or so in Spain in the run up to Worlds to help my training opportunities which is always a lot of fun/hard work. Defending the BPost will be a goal but really everything now is being put towards a solid worlds. That’s all I'm focused on and whatever happens between now and the
last race of the season I can be pleased with a good season. It makes life easier knowing that.

There are always a lot of Brits at races like Koksijde and Koppenberg, but in general there isn't an increase in people coming over. However the crowds themselves are increasing and there is a huge growth in support of the women’s races. Particularly noticeable in Belgium when Sanne Cant is racing.

There is much more interest in following the sport and I think participation numbers must be going up in the UK. I get a lot of Twitter messages before and after events and many people watch the live feeds. Scottish ‘cross seems to have exploded and I'd love to go to an event up there one day. This past weekend they raced in the sand, and called it Jocksijde. Sounds fun.

Thanks to Helen for taking time out of her busy schedule to speak to road.cc.