After 17 years as a professional racing cyclist, David Millar retired at the end of last season after a career which saw him win stages in the Tour de France, Vuelta a España and Giro d'Italia and wear the leader's jersey in all three - the first British rider to do so. He was also British national road race and time trial champion. Far from slipping quietly into retirement, Millar is remaining involved in cycling and will participate in this weekend’s inaugural Maserati Tour de Yorkshire sportive in his new role as a cycling ambassador for luxury car brand Maserati.

road.cc caught up with him at a recent press event to launch Maserati’s new involvement in cycling, a sign of how mainstream cycling has become in recent years, and sat down with him for an alloted ten minute interview to talk about the technological changes in cycling spanning his 17 year career and how bikes, equipment, training and coaching have played a part in modernising the sport.

road.cc: You were a pro for 17 years and have seen the sport change significantly, what have been the biggest technological changes in your opinion?

David Millar: Electric gears and carbon fibre. Those are the two things that had the biggest effect.

What impact did they have on the sport?

It’s hard to tell the performance impact they had, but I think the technology now has levelled the playing field. Whereas before, when I started, it was only the big teams that could get the most amazing time trial bikes or super light climbing bikes, they’re now available to everyone and even neo pros can come onto a WorldTour team with essentially the same time trial bike and skin suit that the Tour de France winner is going to get, which was never going to happen ten years ago. So it’s democratised the sport, the prevalence of technology, the advance of it, and mass manufacturing . 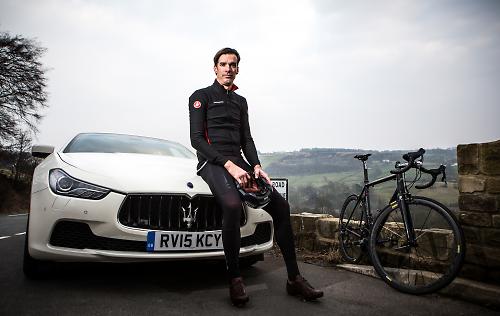 Is there equipment you had at the end of your career that you wish you had when you started out?

Nice time trial bikes. I used to find it hard to get good time trial bikes, to get all the right stuff, and the skin suits, those are the two things that I always fought so hard for, yet never really got, so those two I would have killed for.

You mention skin suits, there have been big advances in clothing now as well?

Oh yes, that’s the biggest. That’s been quite a recent development though, it’s been quite a gradual process with the actual hardware, we can see that, the curve, it’s quite a linear line going up diagonally as the advancements get better. But I think wirth clothing, it’s only been the the last three or four years, primarily with Castelli. They’ve been pushing it along so much.

You say technology has levelled the playing field, is this really the case?

With Garmin-Sharp, that was our mission objective at the beginning, that was our edge if you like. It was a passion, a drive we had to get the best equipment, and the science, and I think we led the field in that, it was always our mission statement. If we were going to do this clean, and say we were clean, we were going to give our riders other advantages, so they could really buy into what they were doing. So the best hardware, the best clothing, the best nutritional support, science and coaching. I think we dipped off a bit in recent years and everyone else caught up.

Do you think the UCI have held technology back too much?

Yes, I don’t think they’ve kept up with the times. The 6.8kg weight limit definitely had a time and a place, because I mean I was a pro when bikes were breaking because they were too light, but carbon fibre technology has caught up and now you can easily do it under 6.8kg. So yes, I think they’ve been a bit off the back on that one. But I think with everything else, they handled it very well. Last year with the time trial bikes, finally they modified the positioning, that’s something that had been a battle for years and had to be understood. I do see and understand what the UCI are doing, it’s having to have perimeters otherwise it would go apeshit, then you would end up with what’s happened on the track.

There’s new technology on the brink of entering the pro peloton, namely disc brakes. What’s your view on disc brakes?

You don’t need them. It’s a stupid thing, it doesn’t matter about the performance because the tyres can’t handle them. So you’ve got a disc brake and you're going down a wet descent, you’ve only got maximum four square inches of rubber on the floor, with the disc brake the tyre can’t handle it. Already the brakes are too good on a normal bike when it’s wet, for the tyre and the amount of surface area you have. You’ve got about 80-85 kg with the bike with four squares inches of rubber, you’ve to brake gently in the wet. That’s what everyone forgets, you’ve got to brake gently, very gradually when it’s wet. With a disc brake, you're down. I think disc brakes have a place in the sport, but it’s not in the pro peloton. The Shimano caliper brakes are incredible now, they’re bonkers, they’re far too strong. If we have disc brakes, maybe we think about having aluminium rims in the wet or getting better carbon braking surface. 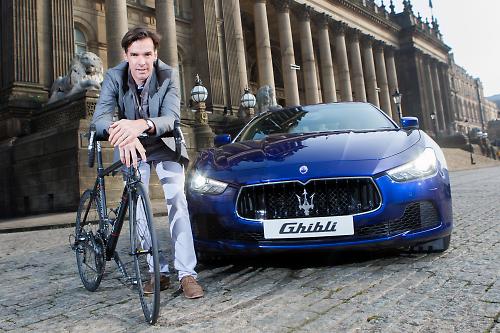 You say technology has levelled the sport, but do you think there’s still an unfair advantage for the bigger and better funded teams?

I don’t know if it’s so much about the money, it’s desire, you choose the right sponsors, have the right contracts. It’s lazy, uneducated team bosses that haven’t understood that. You can’t just blame it on Team Sky as it’s not a budget thing, that’s just a will to have the best equipment and make sure the sponsors supply it, which is their right, and if they’re sponsors, they’re stupid if they don’t do that anyway, that’s what they’re there for. I’ve seen it happen so many times where team bosses just don’t care enough.

Do we risk all this new technology overshadowing the purity of the sport and the simplicity of racing?

Nutrition is an area that has expanded quickly, it seems unimaginable now that I did a tour without a team chef. To not have control of the diet, what were we thinking? Now every team has a team chef. That’s a good thing to come out of the anti-doping culture, people had to take control of everything else. Having a no needle policy meant that you now care more about nutrition.

WIth so many changes in the technology in the sport in the past 10 years, what do you see changing in the next 10 years?

I think it it’s just going to refine. It has to reach a ceiling, and it’s getting pretty close now I think, which in a way is good, it just means more people will be doing what Team Sky are doing, and I think the top guys are already doing what is cutting-edge and it works. The guys are going almost faster now clean than guys that were doping 15 years ago, and that’s because the sport had modernised, with training methods and nutrition. Probably the next big step will be body analysis, actually being able to tell what is going on with athletes, Star Trek-like technology to find out if an athlete is tired and see where they are, and what is going on with their body.