Confessions of a former petrolhead: switching from car fanatic to cyclist 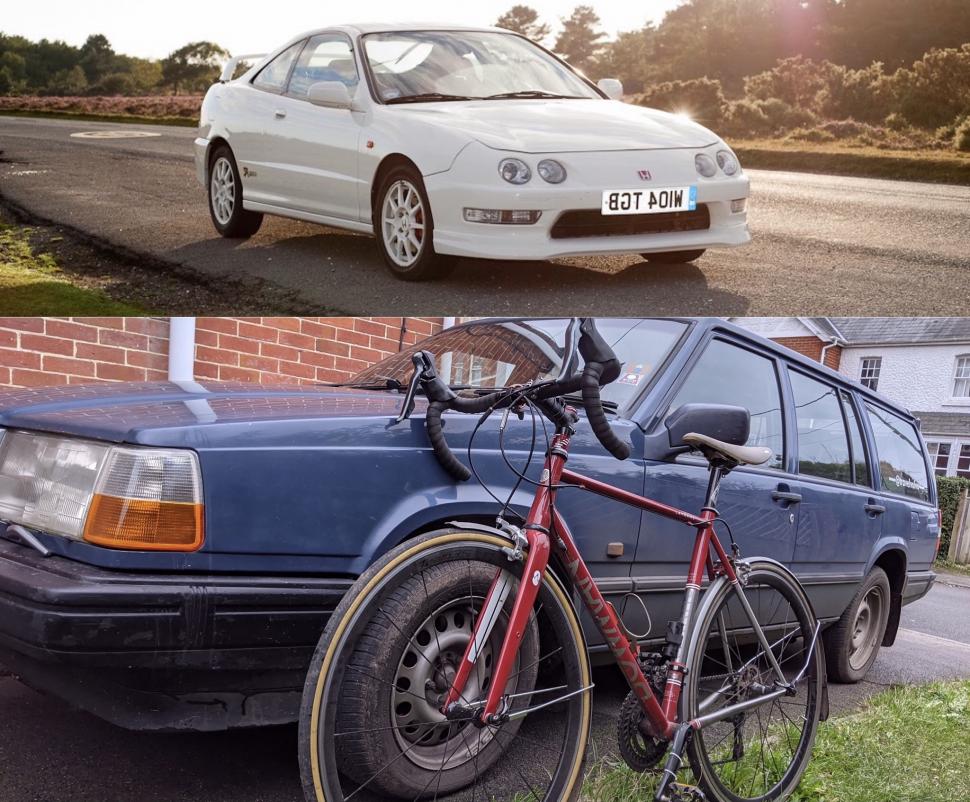 Tinted windows, 140mph on the motorway, spending vast sums on car parts... this road.cc reader did it all, before cycling changed his life. Here is his story

Recently, a thread on the road.cc forum about possible correlations between high performance cars and dangerous driving ignited quite a debate. It also led to some readers sharing their passion, or previous passion, for cars too. Step forward AJ, otherwise known as kil0ran on the forum and a self-confessed "reformed petrolhead", who shares his story about switching from car obsessive, to a cyclist with a modest Volvo estate...

"I spent most of my 20s/30s buying, modifying, and thrashing all sorts of Japanese/German motors. If you think cycling is expensive wait till you spend £250 on a set of brake pads that last one track day.

Why did I do it? A mix of tribalism, showing off, and as a way to satisfy my mechanicking/tinkering urge (that's now well and truly satisfied by bikes). I enjoyed driving fast, I did really stupid things on public roads (140mph on the M3 at three in the morning was probably the worst) and lobbed a huge amount of money at my hobby.

Fortunately I survived to my mid-30s without killing or injuring anyone, and only picked up six points in 15 years of driving. Eventually I realised that all cars are basically the same; just a massive source of worry, and equally a massive drain on funds. Weekends were spent tinkering on the car and then watching motorsport. That's all I did. No going out except for car meets, no holidays (except track days), no dating, and not much focus on my career.

All changed when I met my partner and she asked a simple question: 'What's the point?'... and I couldn't really answer. Now I drive a Volvo estate (slowly) and rant at drivers like my former self.

I guess the point is that we all like nice things, and we're all encouraged by marketing and other forces to want things we don't actually need. If it's not cars, it's bikes or camera gear, or watercraft or whatever.

Stuff like BMW's "Ultimate Driving Machine" slogan mean that they end up making these absurd cars like the M140i (355bhp in a hatchback FFS) to pick up all the petrolheads who must go one louder than everyone else. I loved Hondas back in the day and had a Mk1 Integra Type R which I reckon at most, even on a track, I could drive at 75% of its capabilities.

It was that car that made me doubt the point of it all. I did some proper instruction in it where I improved massively during the day, thought I was at the limit, and then the instructor took me for a hot lap where he was something like 30% faster. I guess it's a bit like the MTB world where people are spanking about on full downhill world tour bikes, and simply don't have the skill/bravery to exploit the capabilities of the bike to the full.

This might be false equivalence but owning performance cars doesn't mean you drive like an idiot, in the same way that owning £10k's worth of World Tour superbike doesn't mean you jump off the side of alpine passes sat on the top tube in an aero tuck. Very few cyclists need a £10k superbike, yet there are plenty about in the hands of people who would blow up in the first hour of a stage race."

Are there parallels to be drawn between car enthusiasts and cyclists? When it comes to spending vast amounts of cash, racing and incessant tinkering, the two definitely appear to cross over with a certain type of hobbyist. AJ takes us through his various stages of petrolhead...

1. Wanting to be Colin McRae
Rally fans tend to focus on function over form - hence the popularity of the Impreza. Not a looker, terrible interior, but cheap and incredibly capable off road.... oh, and highly tunable with simple modifications. The bike equivalent is buying a low-end Giant with Claris on it and upgrading the group and wheels to something more exotic.

2. Showing off to the neighbours
Stupid LCD lights, loads of bling, blacked out windows, massive in-car entertainment system, changing the car as often as the contract allows. Not much brand loyalty, buy what's currently seen to be cool (see Nissan Qashqai from a few years back). The bike equivalent is currently a gravel bike - probably that Canyon with the hoverbar. It will likely never see much mud other than runoff from fields.

3. Brand zealots
All other cars except my brand are rubbish. Constantly dreaming about earning enough to own that brand's halo car even if they don't have a means to exploit its abilities. They'll have their brand's superbike in the shed but hardly ever ride it.

4. Tinkerers
Guilty m'lud. I did things like half engine swaps on VWs, ran motorcycle carbs on Yamaha-head Toyota engines, had different width wheels front and rear, obscure Japanese suspension, that sort of thing. The bike equivalent is Shimergo drivetrains, or mixing MTB with road to get wider gears. You know pull ratios for SRAM/Shimano/Campy and know what works together, and intimately understand and advocate for new BB standards, or things like boost spacing. 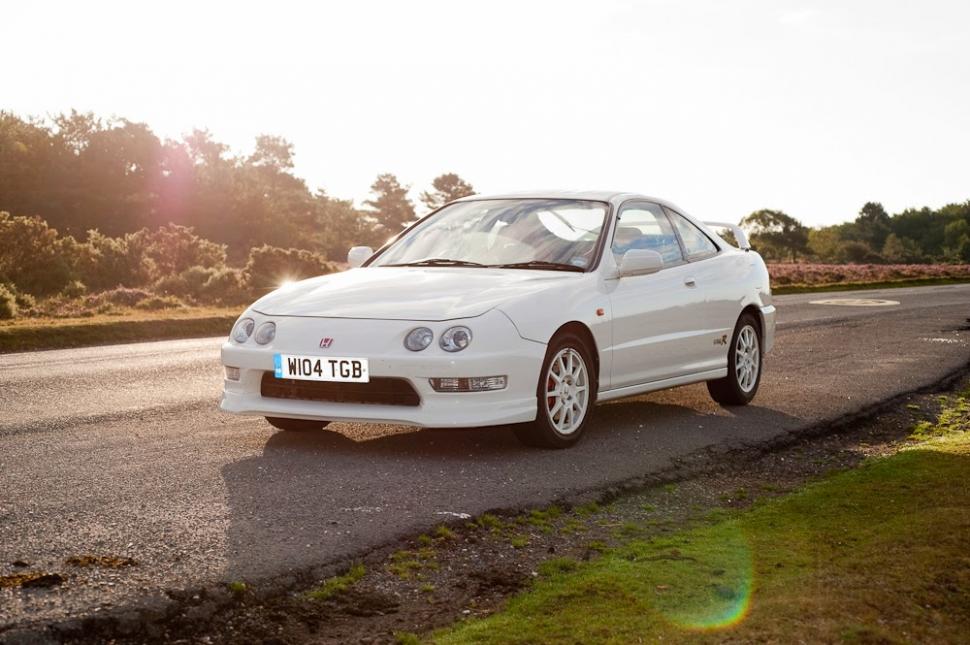 5. Weight weenies
Guilty m'lud. Strip everything out of the car to lighten it to get the power-to-weight ratio up. Get obsessed by unsprung weight, rotating mass, and rolling resistance (yes, I'm still talking about cars here). Usually you'll end up with a car that has no interior, race seat (driver only) and 6-point harness, which is a right pain in the drive-thru for MaccyD's.

6. Style is everything
Basically, you end up driving an Alfa. It's getting harder these days because everything looks so similar. When I started driving in the 80s there was still a huge variety of design language; think Saab, VW, Alfa, BMW, Volvo, Renault and Peugeot. There's a reason those cars are now silly money on the classics market. Bike equivalent is probably a Colnago. Definitely Italian. Ideally with a chromovelato finish.

7. Classic beards
Where I am now (why, hello, Volvo 940). Spend most of their time under the bonnet or under the car, fixing things with hammers and getting oily. No matter what you do, the car is still massively slow and thirsty compared to modern vehicles. Car equivalent of Eroica types.

8. Campers
Stupidly expensive driveway jewellery that's bitch to park, and gets used for its intended purpose maybe once or twice a year. Why, hello bikepackers with your Bombtracks, Salsas, and Opens.

"As with cycling, there's always a subset of drivers who are twats. Of course, the difference is that a cyclist rarely kills anyone except themselves with their twattishness."

The switch from four wheels to two In addition to his epiphany after being asked what the point of it all was, AJ cites a particularly close shave as another defining point that made him quit cars, and started him on his cycling journey...

"In my 20s I thought I was (A) invincible, (B) Ayrton Senna and (C), I didn't care if I died. I can remember saying to my mum something along the lines of: 'I don't have any passengers, if I do crash it will just be me who suffers.'

I once took some of my friend's kids out in one of my hot hatches to basically show it off and give them a laugh. The back end stepped out on a corner and I just managed to control it, slotting it back in line between some trees and an oncoming tractor.

With them in the back chances are it would have been them who would have been killed rather than me, I had airbags and a racing seat. That was the end of driving like a dick for me, it was so close and I just could not have lived with the consequences. Sadly families lose teenagers in similar circumstances every few days, and have done for as long as I can remember.

I returned to cycling in around 2013, mainly to get fit and lose weight. I was 22 stone then with a 44" waist. These days I'm around four stone lighter, which is all down to cycling. I got well and truly bitten by the bug, and ended up commuting by bike for five years.

I've been through many cycling tribes: the ‘hybrid wobbler’ with no idea what a groupset is; the ‘overbiked beginner’, when I quickly sold my first hybrid and realised it was rubbish for commuting; the ‘wannabe audaxer’, with long drop calipers, steel frame and space for 28mm tyres under skinny mudguards… and everything in between. I've now settled on a tourer/gravel bike - a Fairlight Faran - and a steel 'best bike', a Bowman Layhams. Most of my bikes have had to do more than one duty, which the Faran is just brilliant at. Only now that I've started doing some darkside MTB riding has it been relegated to the attic and replaced with a Calibre Two Cubed. Most of my riding is off road these days, following a road rage incident back in July. 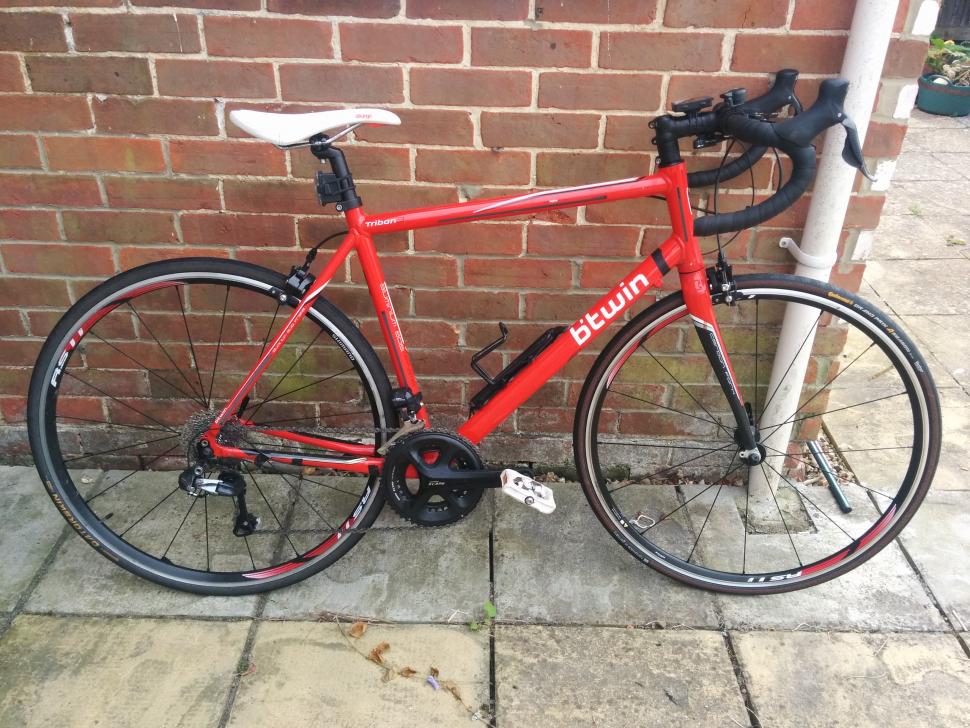 My cycling does kind of match my journey with cars. I think the main habit that's crossed over is the frankenbike tinkering. I love making things work that shouldn't, and spend more time than is healthy poring over Shimano compatibility charts. None of my bikes have a full groupset; I run a mix of Tiagra and 105 on the road bikes, and I've managed to mix Deore, Deore XT, and SLX on my MTB.

Over the years I've always been a bit of an obsessive hobbyist but there's nothing to compare with cycling. The health benefits have literally changed my life. I live in cycling nirvana on the edge of the New Forest meaning I have gravel tracks, singletrack, chalk downland, and stiff climbs all around me.

Being out in nature has brought me sanity during lockdown, and cycling has always given me the time and space to think. As exercise it's great because there's little option to bail out and give up; if you've ridden 20 miles out, you've got 20 miles to get home. I'm expecting to be riding until I'm no longer able, but that's a long way off now we have e-bikes available."

Are you a reformed petrolhead? Do share your own stories in the comments, or on the road.cc forum of course.