It's all about the sausage 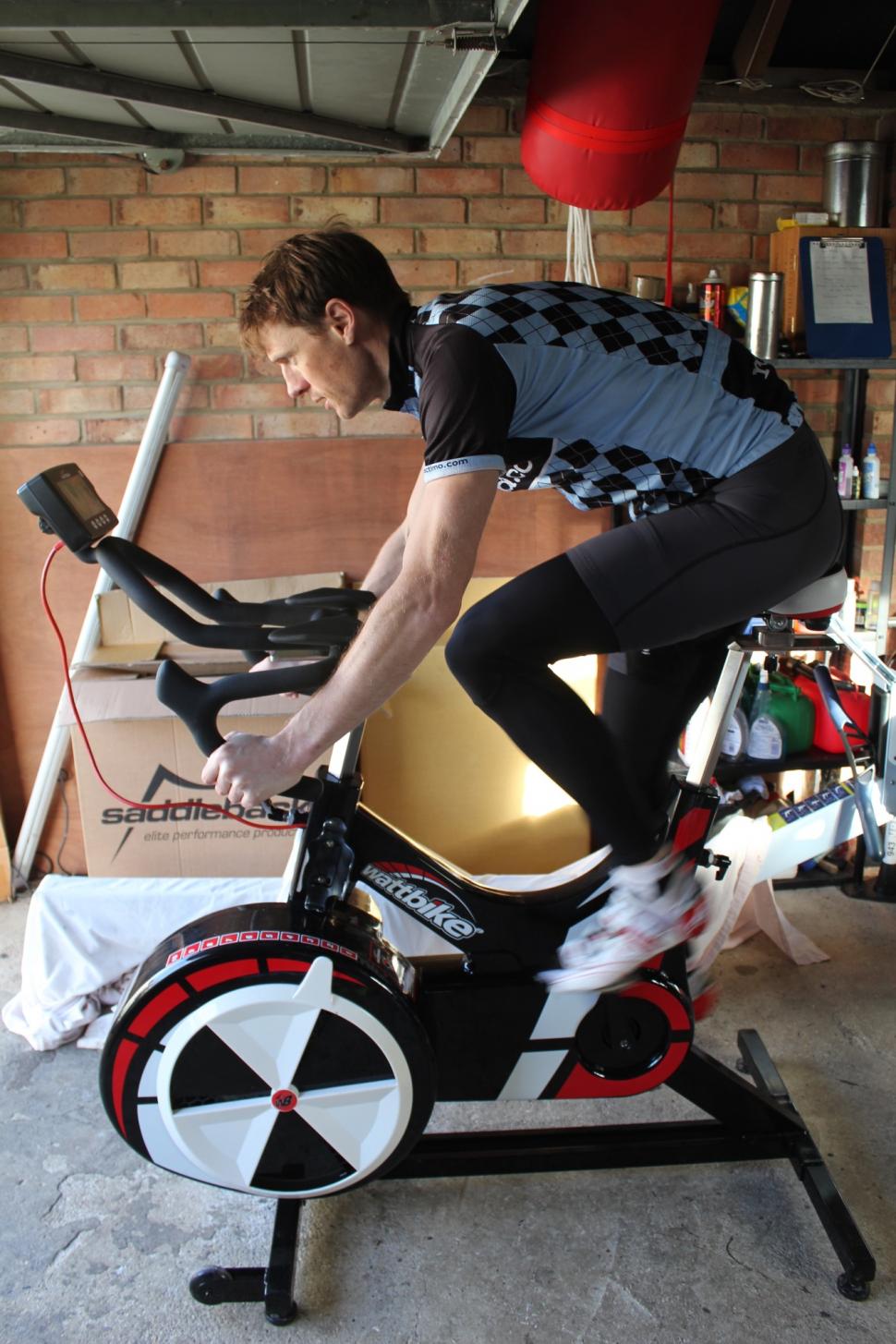 IMG_7413
Getting pedalling technique sorted on a Wattbike

It's all about the sausage. That's what Wattbike reckon. If you want to be a top level rider, you need to get your sausage sorted. I'll explain...

I’ve got some time in on the Wattbike over the past few weeks and thought I’d give you a quick look at one of it’s most interesting features: the Polar View.

What’s the Polar View? Over to Wattbike:

The Polar View shows exactly how you are applying force as you pedal and gives you a dynamic image of power being applied throughout each individual pedal stroke. The Polar View allows you to improve pedalling technique and remove dead spots where power is applied unevenly. As you learn how to improve your pedalling, the more you embed good technique into muscle memory ready to take these performance improvements onto the road.

Geddit? If not, just imagine you’re looking at your left leg as it goes through the entire 360° pedal stroke. The curve shows how much force you’re applying at each point. 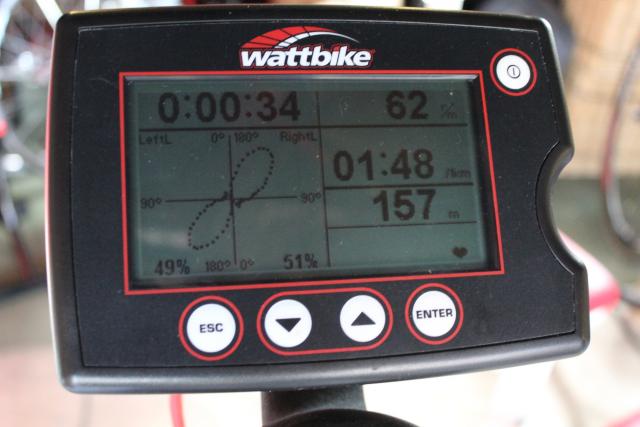 How does this help? Well, most beginners will have a graph shape that’s close to a figure of eight. In other words, the force gradually gets greater as one leg goes down, then it tails off and more or less stops before gradually increasing again as the other leg goes down… and so on. This pic (above) actually shows someone riding out of the saddle to make it clear (in this case, all the force is going in during the bottom half of each side of the pedal stroke).

So, essentially this rider has two dead spots in their pedal cycle as their legs pass through the 12 o’clock and the 6 o’clock positions. Elite cyclists, on the other hand, tend to have far more even force distribution. The force will be greatest just after each leg passes horizontal but strong riders usually manage to apply a decent amount of force through the top and bottom of the pedal stroke when the cranks are more or less vertical. Wattbike call this a sausage-shaped graph.

The axis through the broadest part of the curve is going to be diagonal because, as I said, the left side of the graph works down from the top while the right side works up from the bottom.

Intermediate riders, not surprisingly, tend to be somewhere in the middle and end up with a graph that’s peanut shaped – that’s a peanut shell, obviously, not dry roasted. So, these riders don’t have an on/off pedal stroke like most beginners, but their force is dropping off significantly through the 12 o’clock and 6 o’clock positions.

So, according to Wattbike, you're aiming at the sausage. You want to eliminate dead spots and apply force fairly evenly throughout your pedal stroke. They give you technique training sessions to help you get there.

Wattbike aren’t suggesting that you pull the pedal up from the bottom of the stroke, by the way. They’re suggesting that you ‘scrape back’ at the bottom of the stroke to help take you through the 6 o’clock position, and that you unweight your rising leg. You’re not providing a propulsive force with that leg, you’re just making sure that it’s not working against the force applied by your other leg. You might need to lower the resistance too - in effect, change down a gear or two - so you're not concentrating wholly on the downstroke.

You get more pedal stroke features if you use Wattbike’s free software on your PC (it’s not Mac compatible, unfortunately). Rather than just seeing one pedal stroke in isolation, you can see a whole session’s worth overlaid on top of one another to give you a more accurate idea of where you’re applying the force… and that’s what I’m about to check out right now. Pip pip!