Dave and Dan's DIY
We rode 600km, so the actual DIY will have to wait

Well, we did it then. With a whole hour to spare. It was not without incident, but thankfully the hedges of Somerset, Gloucestershire, Monmouthshire, Herefordshire, Worcestershire, Warwickshire, Oxfordshire, Berkshire, Hampshire and Wiltshire, though they might be full of Mcdonalds wrappers and old fridges, are free of the contents of my stomach, and Dan and myself are both intact. Our DIY 600km Audax is over.

It didn’t begin well. It rained, for a start, after about ten days of unbroken warm and dry weather. What’s the opposite of a window? Whatever it is, we had a weather one of them. It’s sunny again now as I write this. I’d fitted a review sample Cane Creek eeSilk suspension seatpost to my bike for the ride – what better test? – and I realised early on that is was slipping. The first time I stopped to tighten up the seatclamp I both stripped the bolt head and took a chunk out of my knuckle when the tool slipped. Suboptimal. 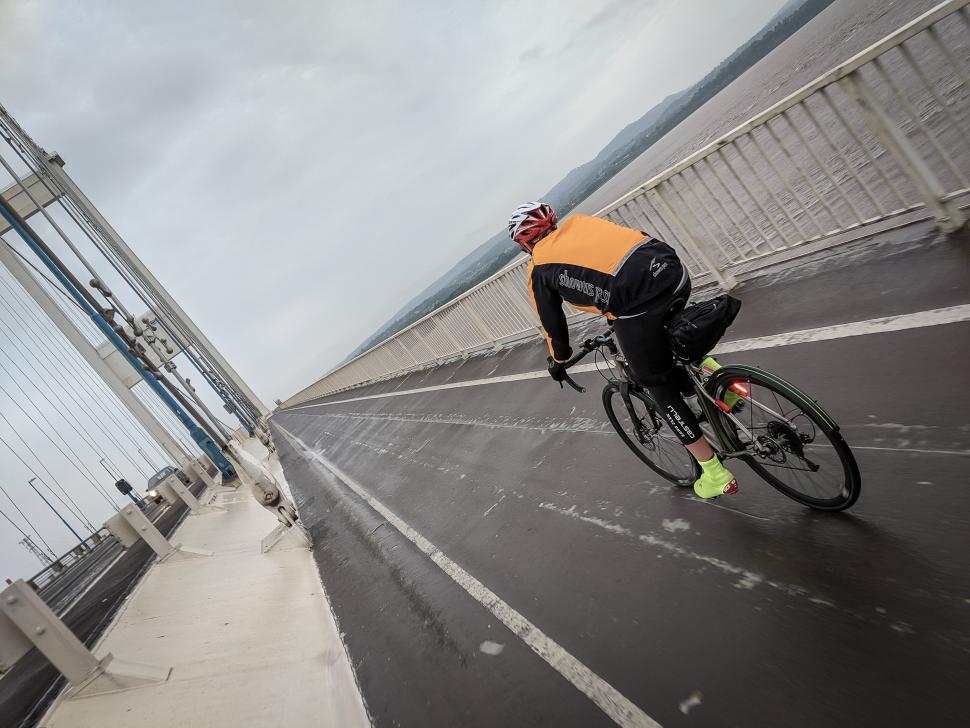 At our first stop at my friend Sam’s house in Abergavenny I managed to knock back a scone and knock the seatclamp off with judicious use of a hammer and flat head screwdriver, and replaced the bolt. I’d looked at the bolt before I left, and noted the head was a bit flaky, and not swapped it out then. Because I’m an idiot. 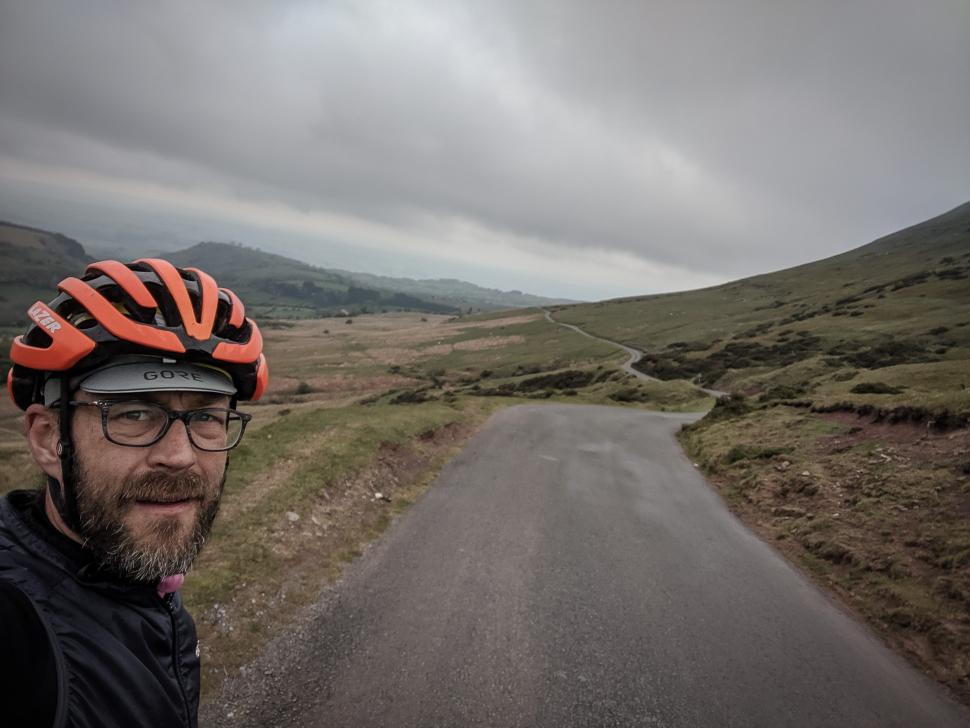 Over the Gospel Pass we went, and down into Hay on Wye; what a magical ribbon of tarmac that is. A quick cup of tea at the Drover’s Cycles cafe and then a push to Leominster; the holy spreadsheet said we were about 20 minutes behind our 37.5 hour schedule. Leominster to Worcester was probably the most uneventful leg of the ride, and we made up a bit of our lost time  and I made a shim for the satpost from a bit of Dan's Coke can. Then a push on to Chipping Norton.

It almost was a push at times, too. The last 20km were a succession of relentless, depressing slogs over the rolling edge of the Cotswolds. My stomach wasn’t feeling that dandy and my energy levels were pretty low. We made it to Jon’s house where I forced down a cup of tea and a cheese and marmite sandwich, but I was getting a familiar feeling, and not a good one. It was dark when we set off at 10pm, and cold. I was wearing all the things I was carrying. The leg to our overnight stop at my brother-in-law Ashley’s place in the Thames valley was, on paper, the easiest leg of the lot: 64km with only 370m of climbing, and a free downhill at the start. My optimistic speed-guessing sum had suggested 24km/h would be doable.

Those ‘easy’ 64km took me well over three hours, and they were some of the worst hours I’ve ever spent on a bike, an interminable crawl through the dark, struggling to focus and keep Dan in sight and the contents of my stomach in their proper place. It was awful. On one particular hill along the way, where I had to stop and lie on a grass verge for a bit because I thought I was going to pass out, Strava tells me this morning that only two people have ever ridden it more slowly. A kind lady in a Nissan Micra stopped to check we were alright. “I thought you might be hammered”, she said. I was. On the BCM last year I suffered all this on my own, and it finished me. This time I suffered it with Dan, who kept me going, and reminded me that sleep was around the corner, and drilled into me the lesson from last time: it seems bad, but there’s time in hand yet. In the end we rolled into Little Stoke about an hour and a half down on schedule, but still with an hour to spare. I’ve rarely been more broken than I was at that point. But sleep works a strange and unusual magic: just three and half hours later, when the alarm brought me round, I knew I could press on, and importantly I could eat. I wasn’t yet convinced I could finish. But we could have a go. 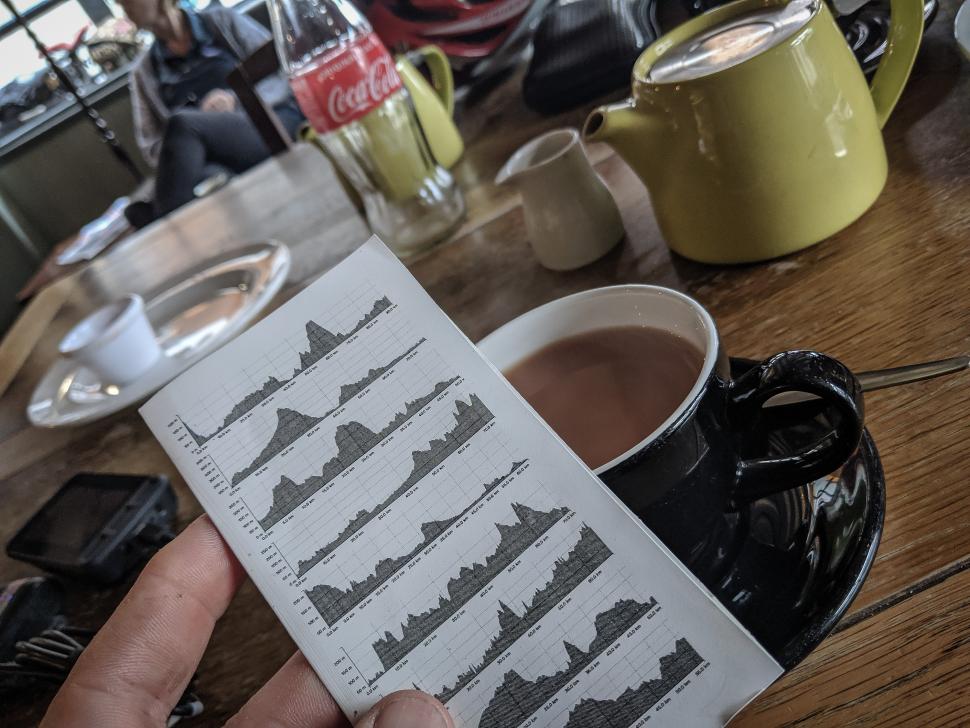 I’d printed out the holy spreadsheet with its 37.5 hour timings, but luckily it had other tabs. There was an optimistic one, where we breezed round in 36 hours. And there was another one, where we chased the cut-off all the way round and made it back with minutes to spare. So it was time to give that one some attention. We set off to Andover on 40-hour time, but voted ourselves an easier climb than the vicious Streatley hill to start, and re-routed a bit further on too, adding about 7km to what was a pretty long and hilly leg already. But we’d picked up the pace a bit, and we didn’t really lose any time. 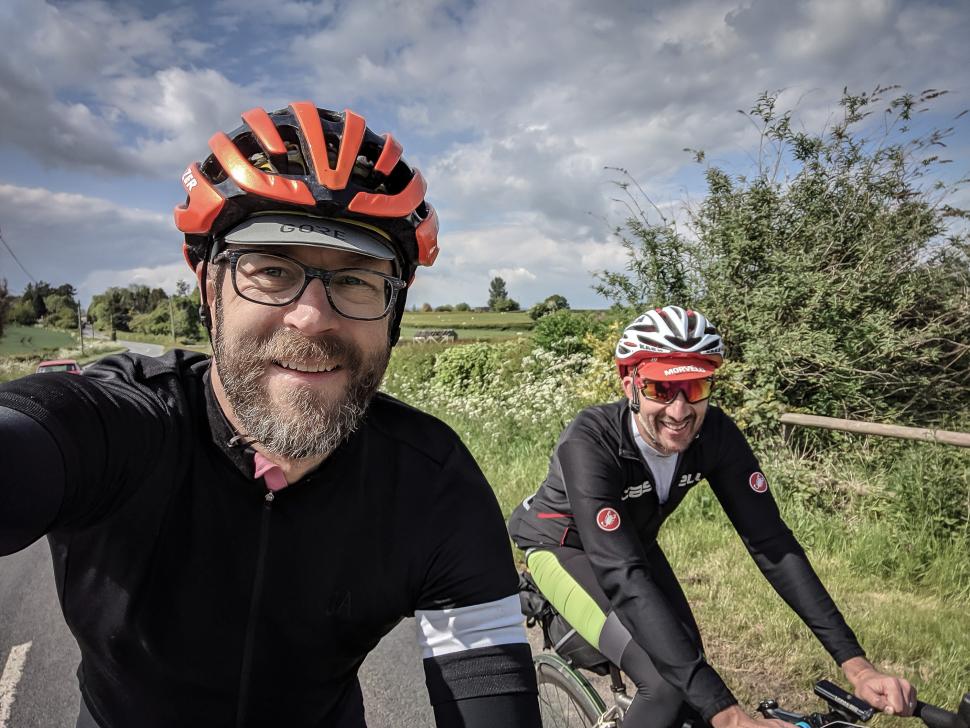 From Andover to the Wylye valley some things happened. The first thing that happened was that the sun came out at the same time as the route turned west. It’s so much nicer riding in the sunshine, with a bit of a tailwind. The second thing was that the route flattened out, with plenty of easy clicks along the Test valley and through Salisbury. Somewhere past Andover and before we spotted the spire of Salisbury cathedral, I knew that I’d be able to finish, and in time. When we rolled into Minnie’s cafe in Boyton for an ice cream and a milkshake (I don’t even like milkshake) we’d hit 500km and it really felt like the final leg. We’d clawed back half an hour on the schedule, and we were consistently riding faster than we needed to to finish. The signs were positive.

There were still some challenges to attend to – not least a killer double climb out of Bruton I’ll be happy to never, ever see again – but by the time we rolled into Wells ahead of the final leg we’d gained an hour and fifteen minutes and the result wasn’t really in doubt. We were on road we knew, Chris had shown up to give us a wheel to sit on, and our earlier route SNAFUs meant we were 10km ahead of the game. That meant we could sack off the flatland slog to Cheddar and the climb of the gorge, and pick a slightly shorter and easier route back to base. The magic 600 ticked over in between the two tunnels into Bath on the greenway, and then it was just the usual slog up the hill home, at a crawl, just in time to watch Eurovision and eat all the things. Job done. What can I take from all this? Well I did it, and didn’t give up and have to be rescued, so there’s that. It’s easy to say “Well I learned the lessons from last time and so it’s a big win” but I still don’t know what I have to eat on a long ride to stop my stomach from attacking me. On day one I was trying to be sensible, and eating sparingly, and avoiding acidic stuff, and all the things, but I still fell apart a bit. Day two I just had milkshakes and cakes and hot chocolate and Haribo and I was fine, but I’m not sure that’s a viable day one strategy. Maybe I just try to not eat at all? I don’t know. Through the long dark night of the stomach I was all ready to pack it in; if I hadn’t had someone calmly and reasonably pointing out that we were still on track, I probably would have bailed again. Thanks, Dan.

Save for the fact that I had to hoik my seat up about eight times the Kinesis Tripster ATR  was fantastic as ever. I was glad of the minimal fuss that a dynamo and a decent set of lights bring to the party. The Wahoo ELEMNT ROAM I was testing (review soon) was great for routefinding but eventually crashed and had to be reset around 540km, and the live tracking didn’t cope too well either. I’d stuffed the Lezyne Mega XL in the carradice just to log the miles and it did a splendid job of that; I did stick it on charge when the ROAM fell over, just in case, but it would have got round the 39 hours of the ride without it.