My Pier 2 Pier in pictures 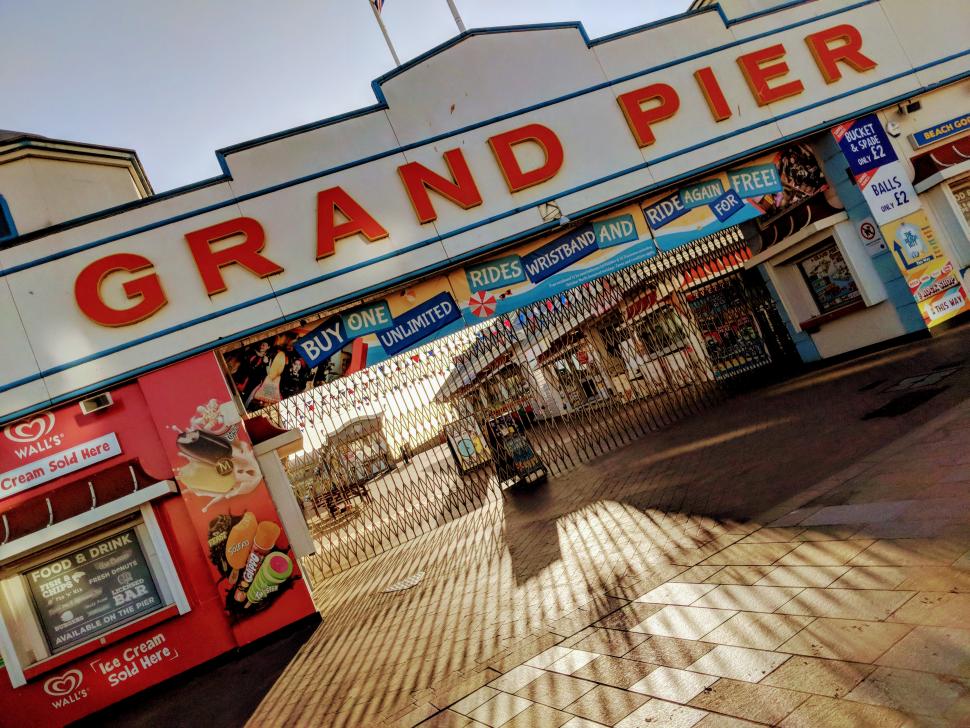 pier_2_pier_48.jpg
A jolly bimble across all of Southern England

Hey! We tried to cycle 400km across the country from Weston Super Mare to Walton on the Naze in 24 hours. We didn't do it in 24 hours, quite, but we did do it. You probably don't want to know about our average speed, or the gravel in the road round the back of Stevenage. Here are some pics of the ride. Here we all are at the start. It is a *lot* colder than is looks. We're wondering if we have enough clothes. 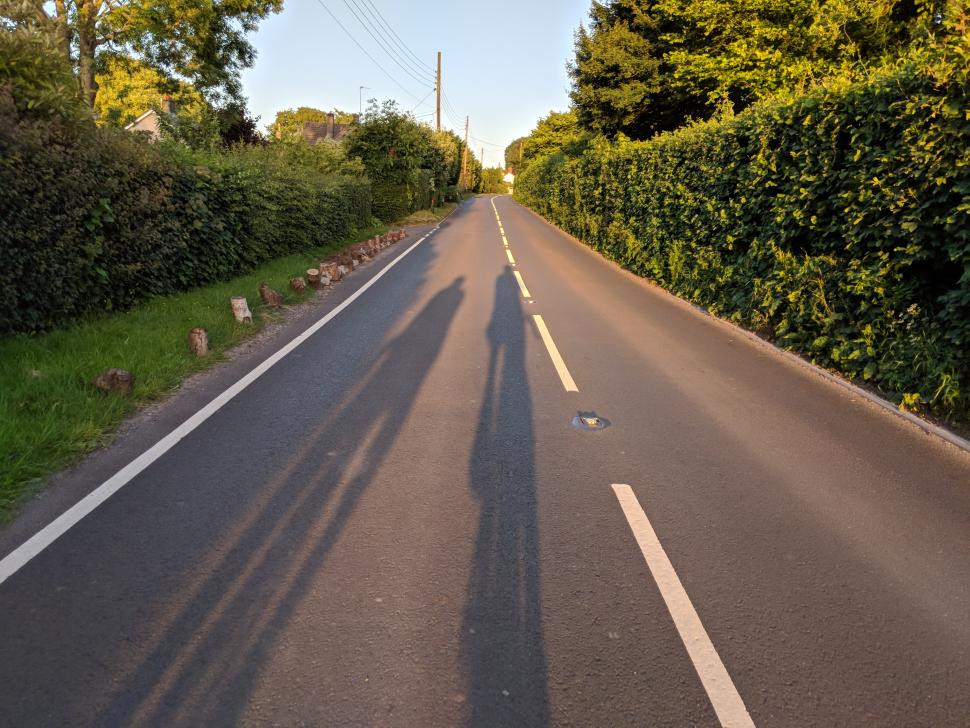 Here's an obligatory "look how long our shadows are" shot, up Brockley Combe. Night begins to fall, and we begin to eat junk. This is two hours in, in Bitton. I had some crisps. 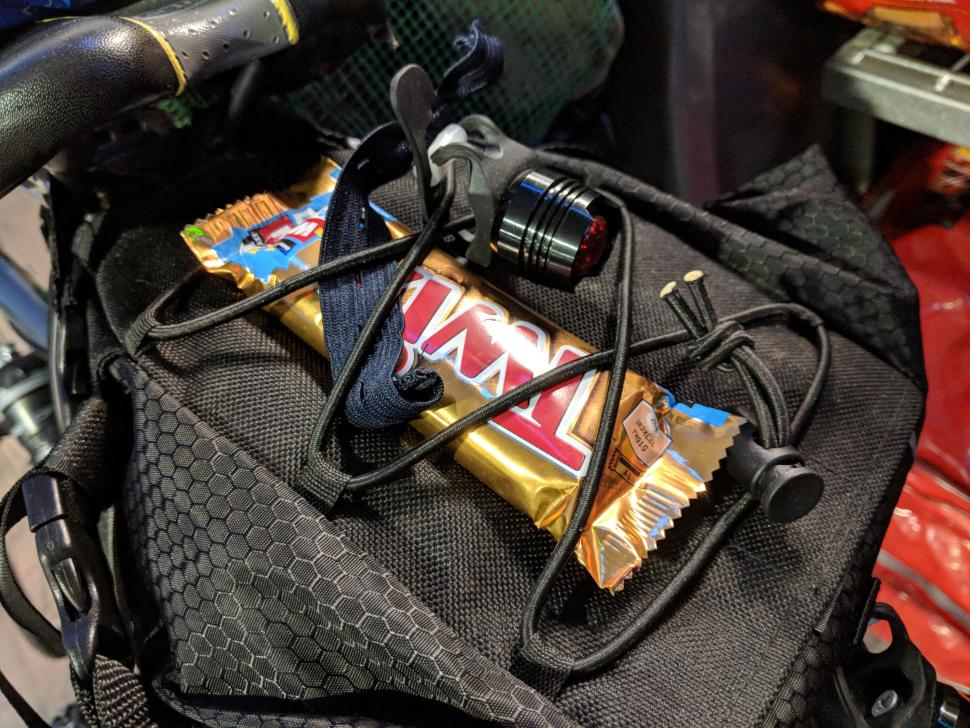 Other supplies were bought, and stashed. Then it got properly dark, as it tends to do at night. We got to go on bigger roads as everyone was heading off to bed. 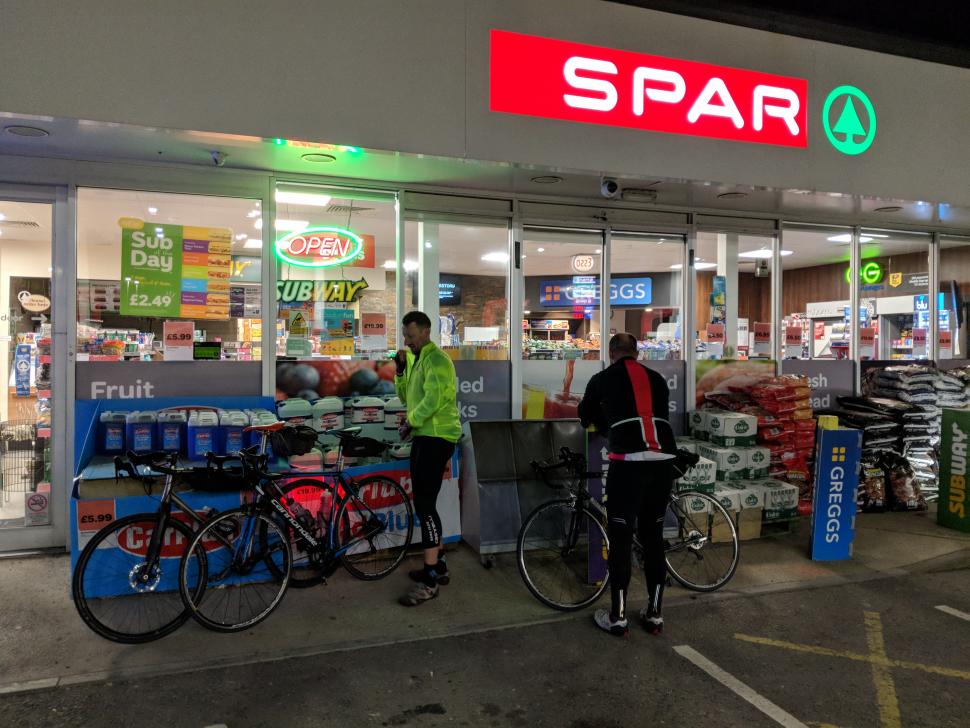 Another service station stop. This time on the A419, where it's on the wrong side and you have to hop over the barrier in the middle of the dual carriageway with the night-shift lorries thundering past. Wakes you up, mind. Cycling into the dawn never gets old. It's such an amazing feeling. We managed to get a couple of hours' sleep at Andy's brother's house. As well as some beans on toast. Everyone wanted to ride on the back after this stop, no idea why 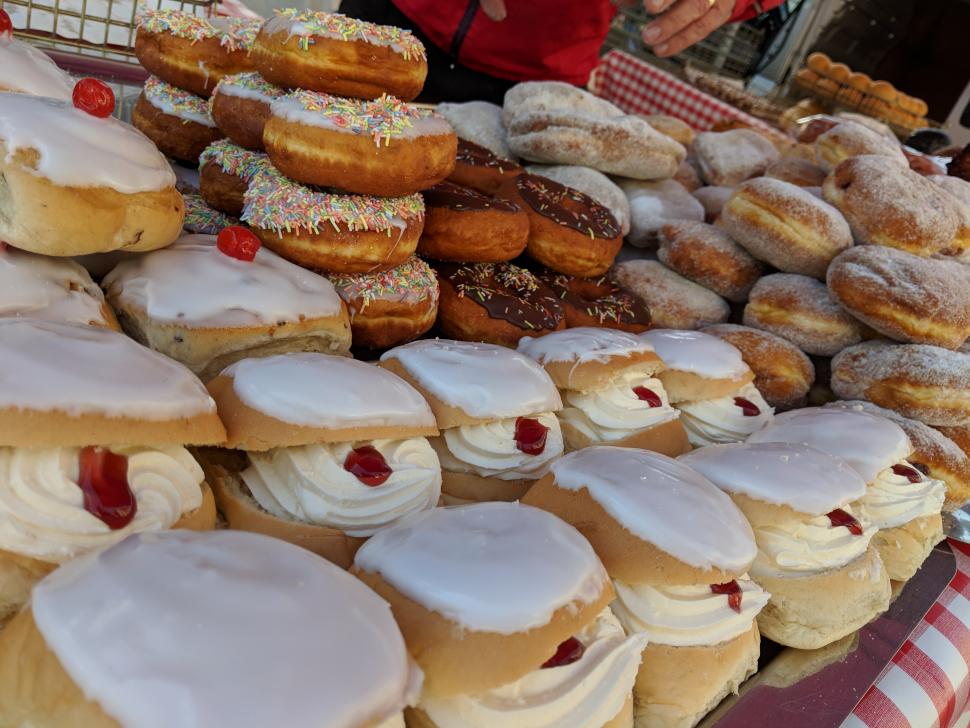 Second breakfast in Bicester was courtesy of this handily-placed market stall. They had lardy cake but we could quite bring ourselves to. ...and I thought I ran wide tyres 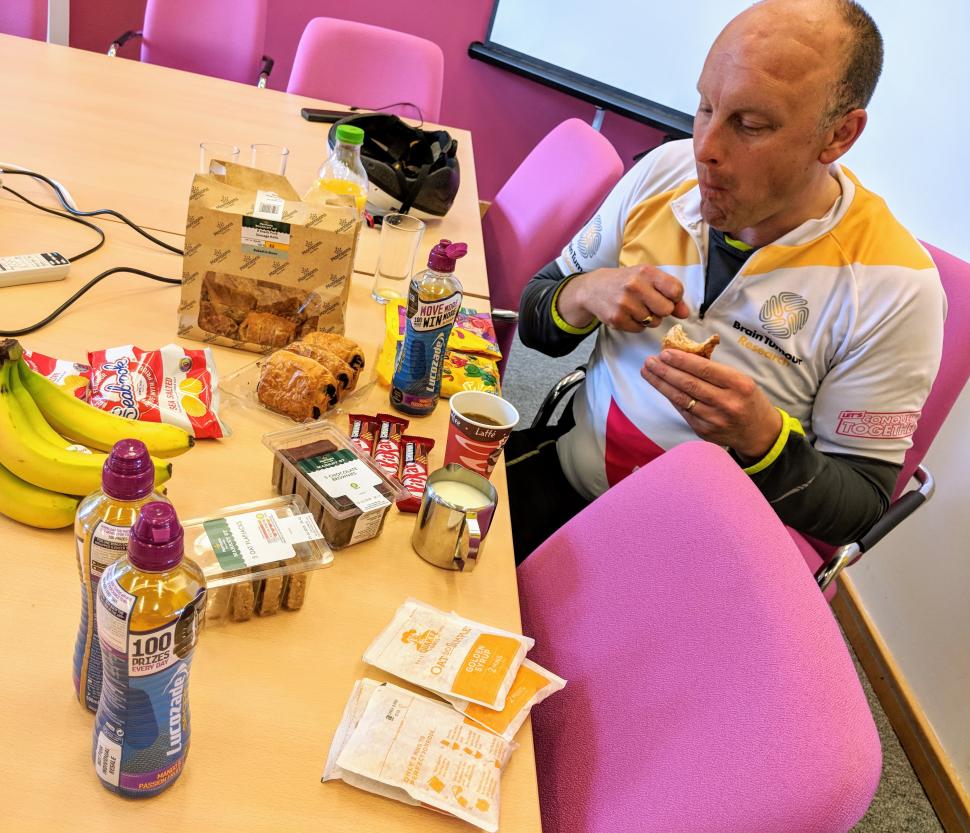 Half way stop for third breakfast at the Brain Tumour Research offices in Milton Keynes, that Andy was raising money for. Six years ago doctors cut a huge tumour out of his head while he was still awake, and they gave him two years before it came back and killed him. He's still trucking on. Hopefully the sponsor money will cover the sausage rolls and flapjacks. It was a *long* way to Buntingford before lunch. Here's a windmill though. 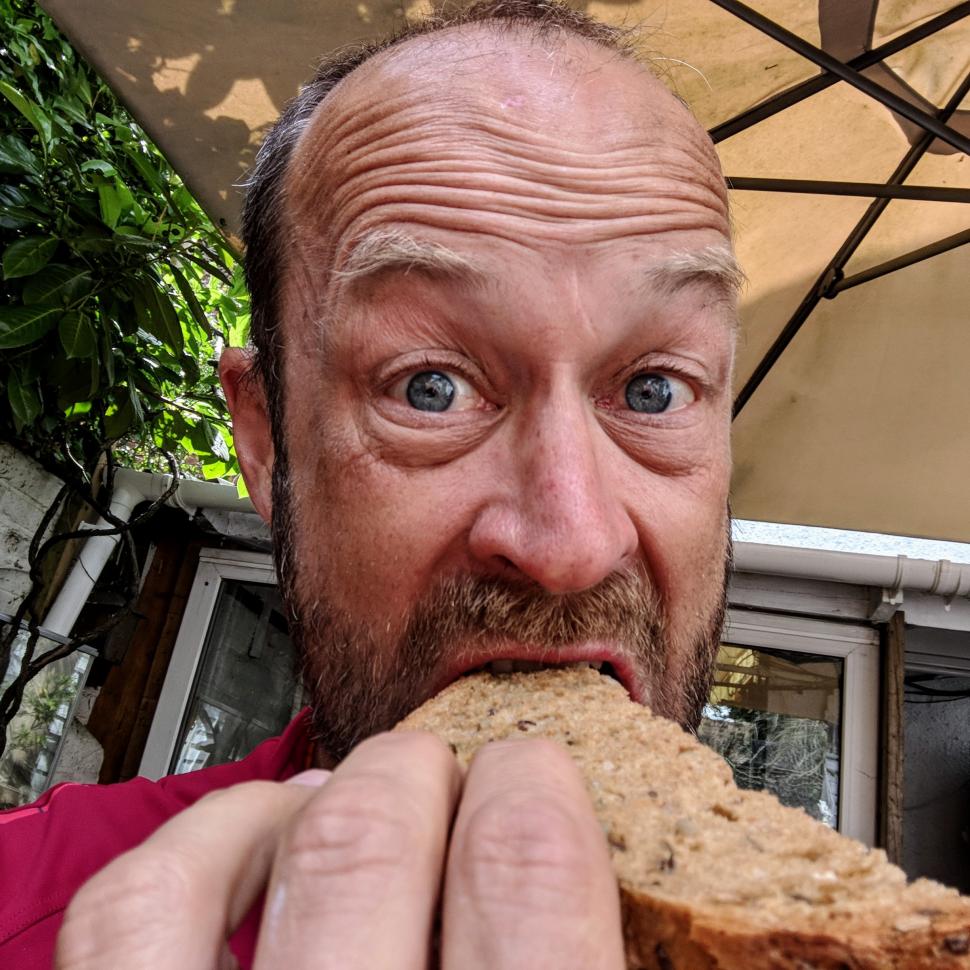 I really needed that sandwich. Do I look tired? 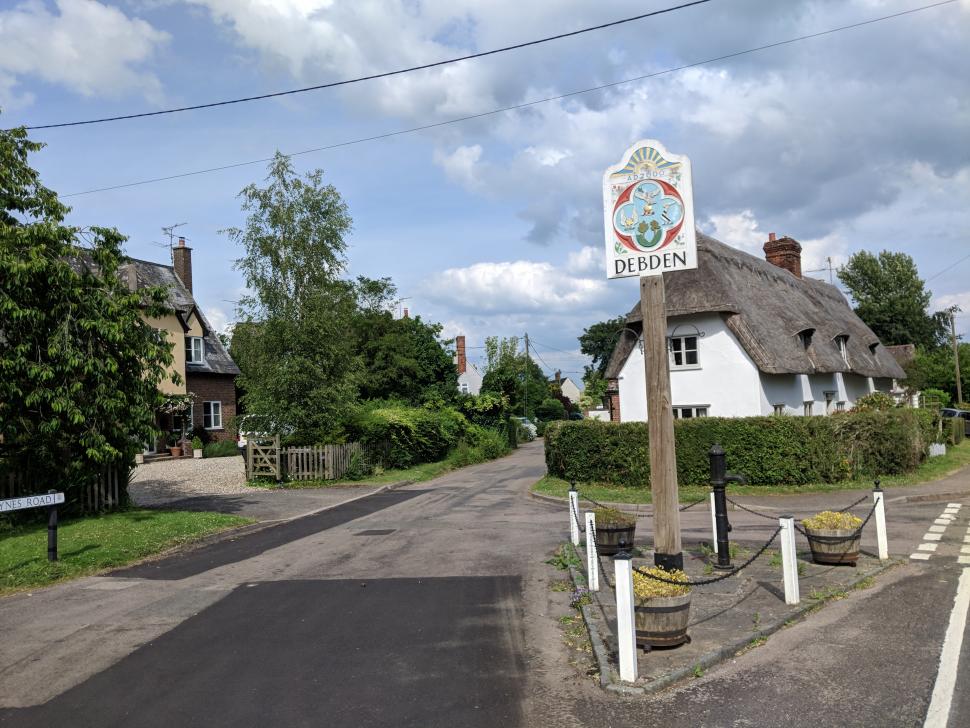 It gets a bit flatter nearer the coast. It's pretty in North Essex. we were a bit too tired to care. 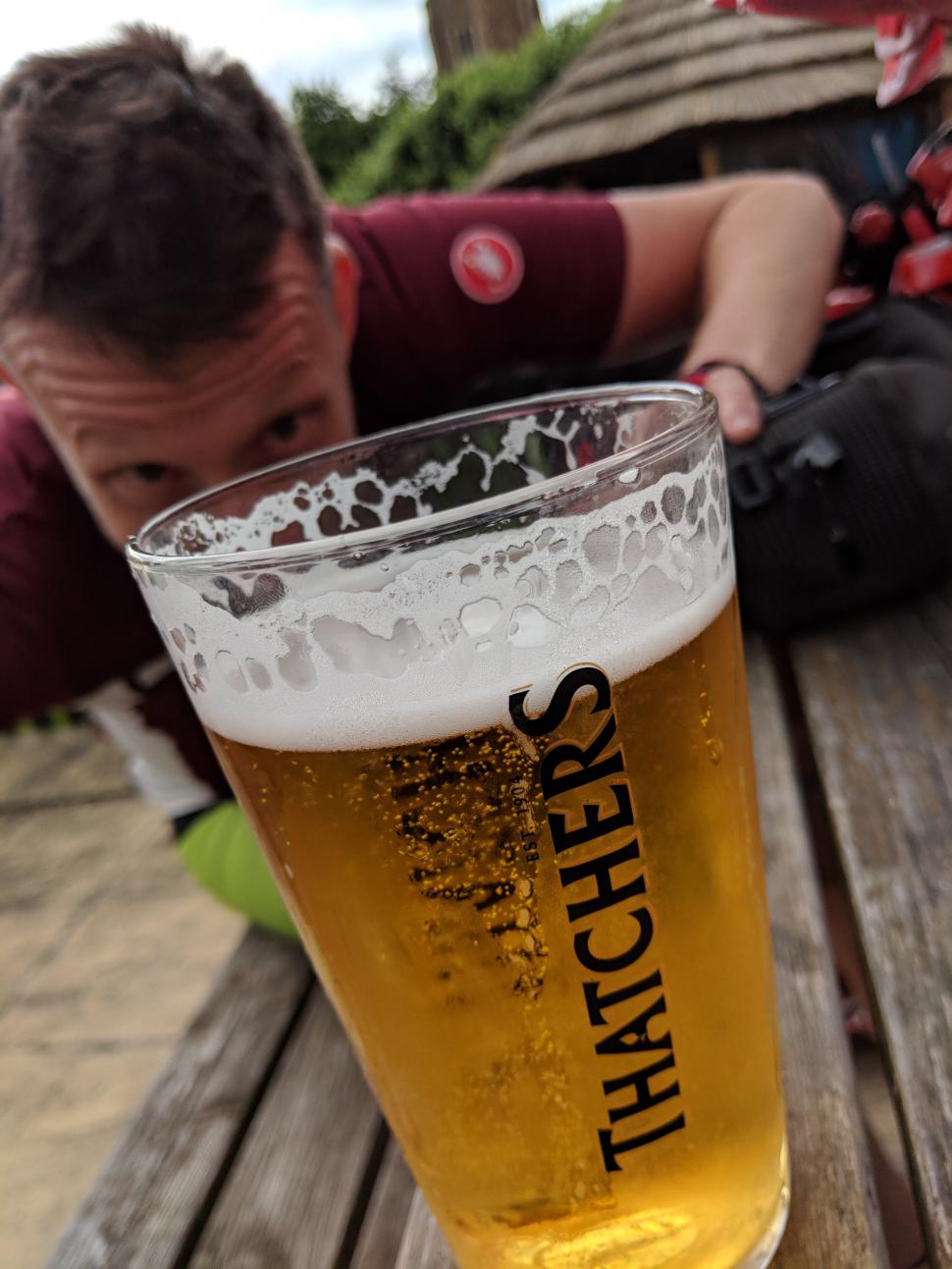 Castle Hedingham wasn't the end of the ride, but it was the end of my resistance to a nice cold pint. I needed that. 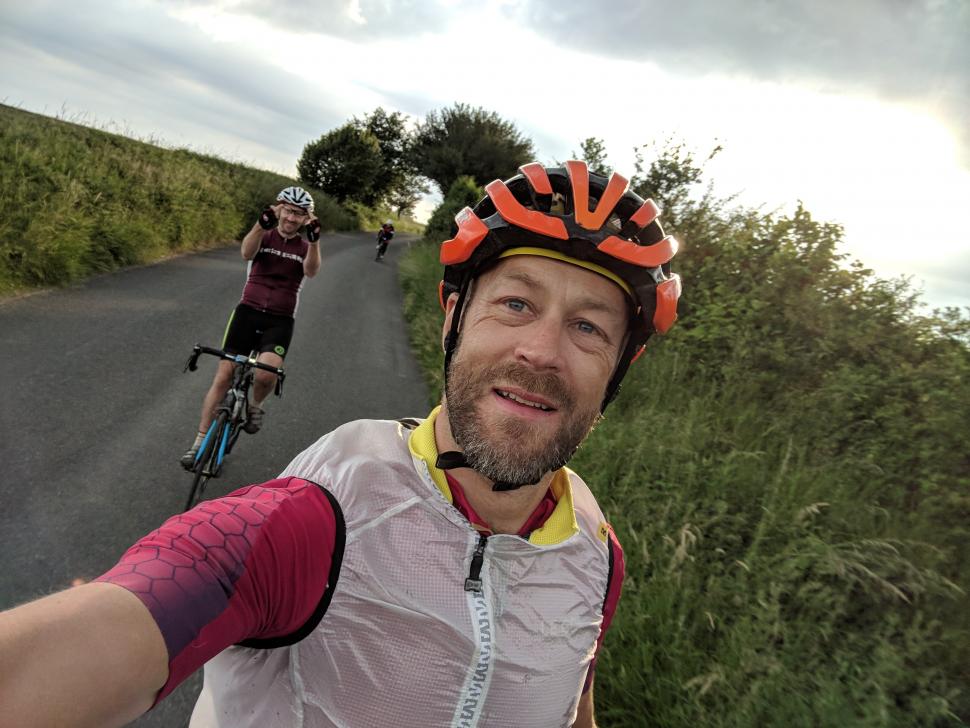 We can feel we're getting close. I think Dan is doing the '1 hour to go' sign. Andy had never ridden more than 100 miles in one go. His effort: Herculean. We wanted to make it to Walton by sunset. We didn't quite make it. But I'm really proud of what Andy achieved. He was hurting by the end. 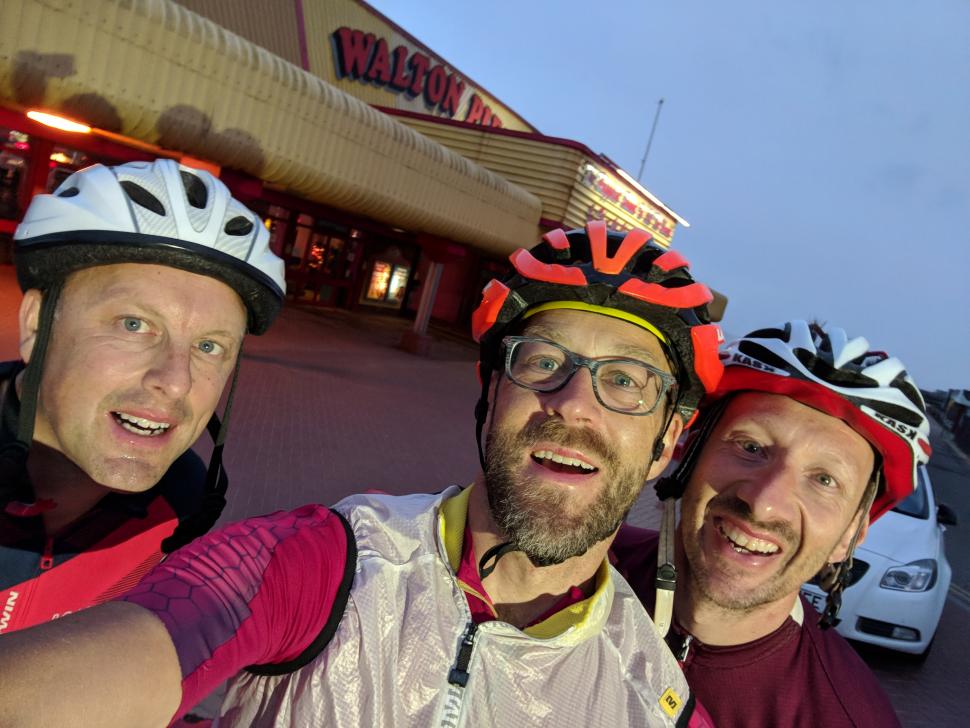 But WE DID MAKE IT TO WALTON PIER! And it wasn't even really dark. 25 hours, 40 minutes. 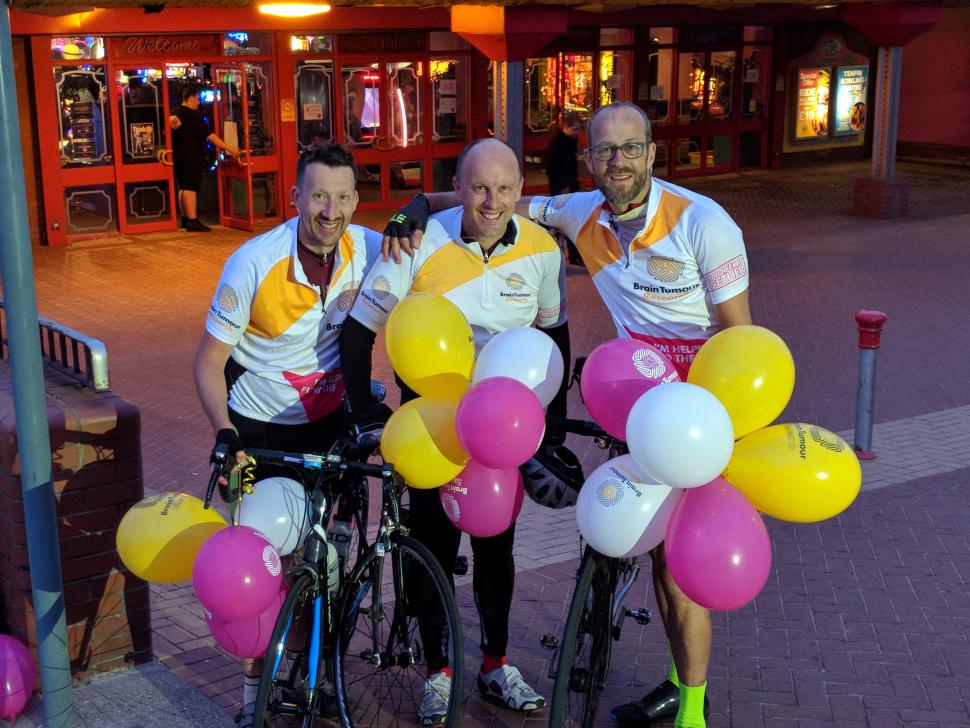