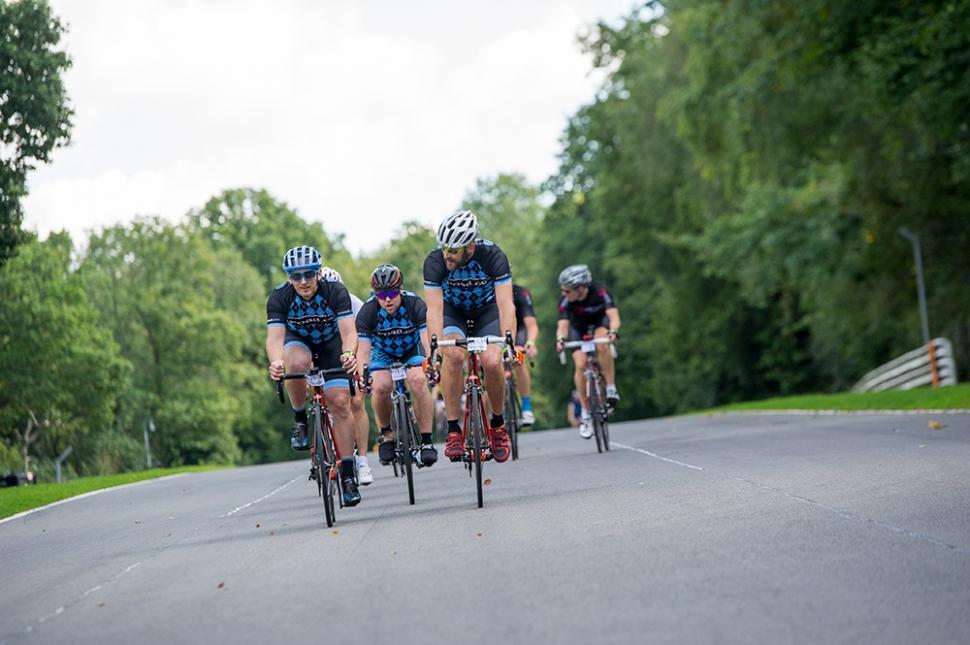 A few months back we ran a competition in our Member’s Area offering those who have joined team road.cc the chance to ride revolve24, a 24hr endurance relay event around Brands Hatch. revolve24 takes over the historic Kent circuit to a deliver a race with a difference, more about pedal power than horsepower.

So to fully embrace the ‘living like a pro’ weekend we needed to become sponsored riders so Aldi have stepped in to kit the team out with a full range of their latest cycle clothing for the weekend. With Aldi focusing on the Team GB athletes at the Olympics via their social media we’re in good company – we can’t promise any golds though. 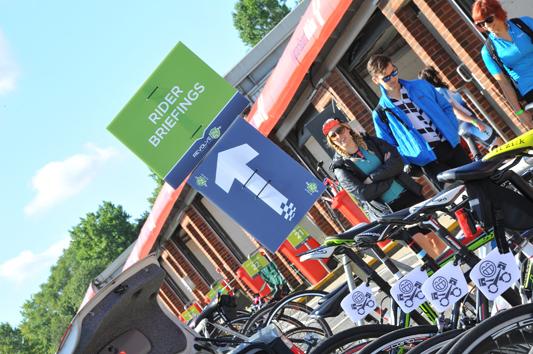 road.cc rode revolve24 last year, the inaugural event and had a brilliant time with two staffers and four readers meeting for the first time in a concrete pit garage about three hours before the start. The laid back approach soon became a competitive one as we realised we were in with a shout of the podium in our six-person category.

After 24hrs we had ridden 192 laps which meant 467.1 miles covered putting us on the theoretical third step and 11th overall out of the 50 teams, pairs and individuals that entered. 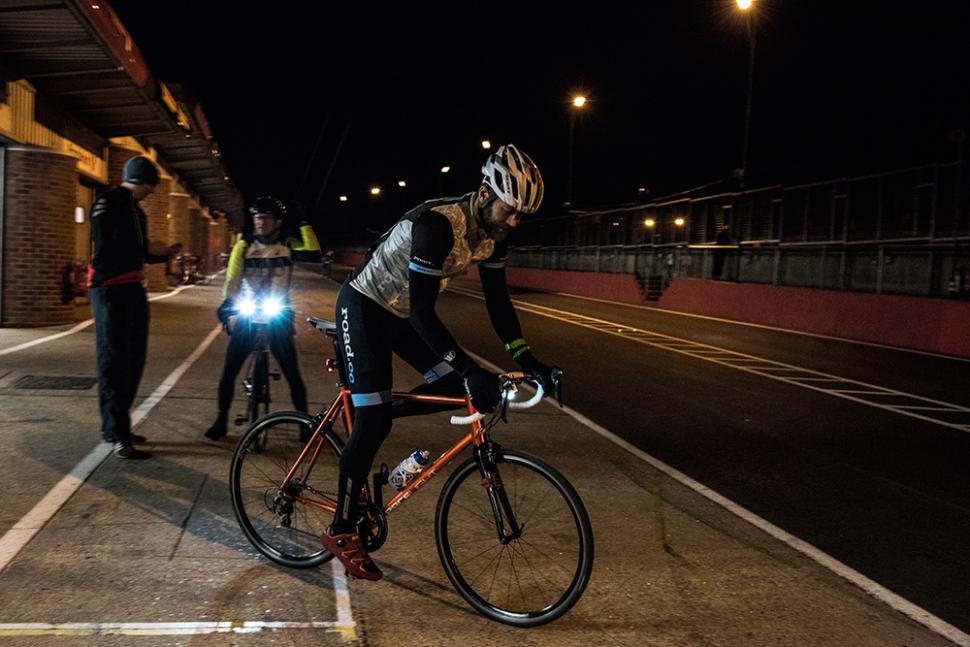 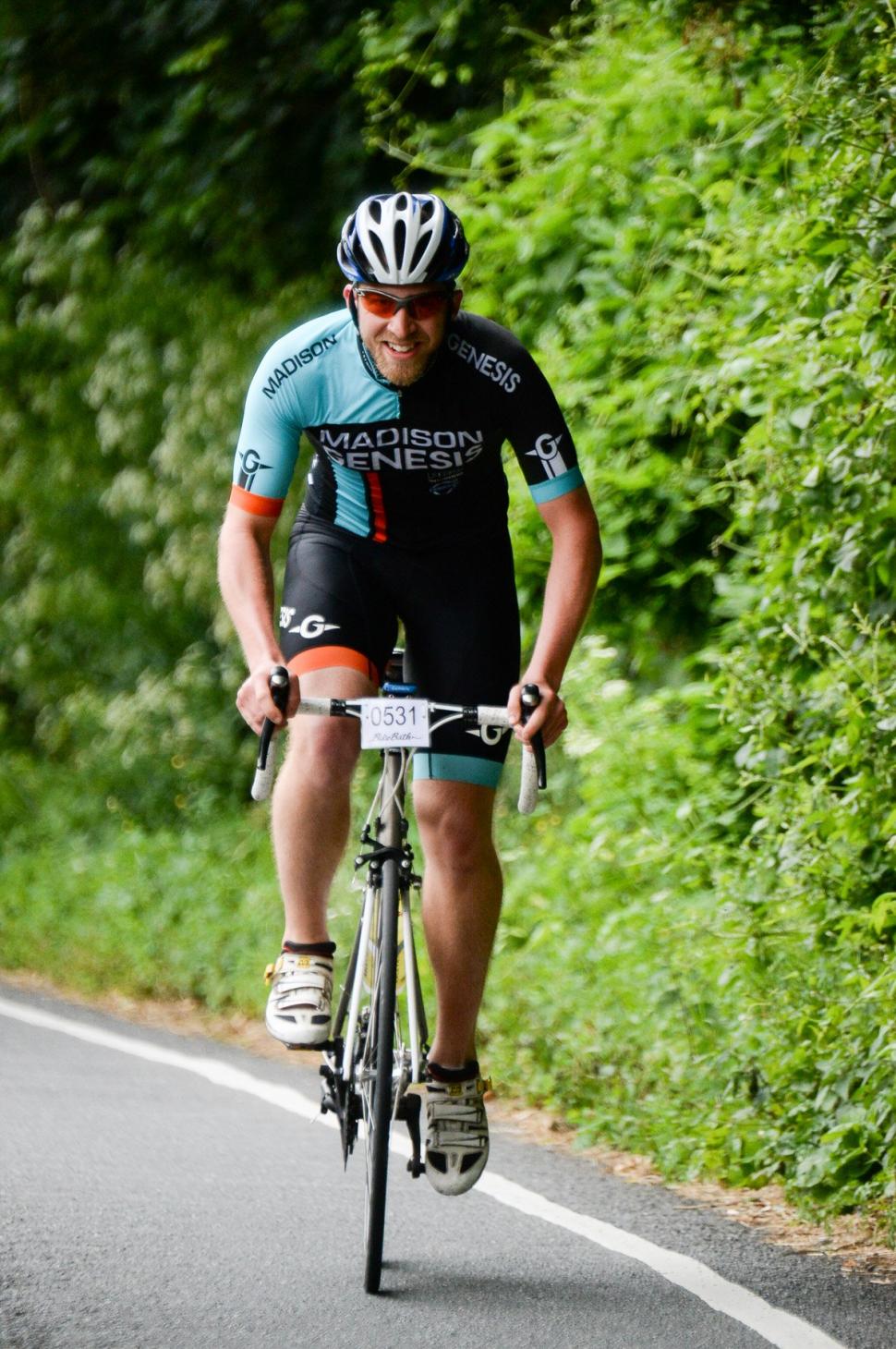 How do you start your first ever blog?

An introduction seems appropriate. I’m Charlie, and I was lucky enough to be chosen to be part of the revolve24 team. Along with six other road.cc readers and captain Stu we’ll be whizzing around Brand’s Hatch in early September.

Words can scarcely describe my excitement. It briefly topped my list of things to look forward to until I remember I was getting married in two weeks’ time. Having got the ceremony and honeymoon out of the way my poor new wife has an overexcited lycra-clad puppy to contend with - at least when I’m not too knackered after more training miles.

Back to my beginnings.

Like a lot of people I had a happy childhood pottering around on mountain bikes, though unlike most I was doing it in France (you can tell by my surname). Shortly after moving to the UK I got into bikes in a big way. Not just for the freedom but more importantly for the bodging and greasy hands. Having acquired a dislocating knee through rugby, a lot of my usual sports were a little off-limits. Craving exercise I finally shelled out £56 for an old Peugeot Prologue 4 just before uni. By the time the seat tube rusted and sheared off the bottom bracket I was hooked. By the end of uni I was worshipping the skinny tyres and curved bars, and had managed to shoehorn a folding bike concept into my final year project.

I moved to Bath for my first job, not because it was close but because 20 Cotswold miles makes for a beautiful commute. I didn’t have a car at the time and had very little choice in my mode of transportation. I’ve now moved to Bristol for my wife’s work and boosted to 30 miles each way.

There’s a great little cycling community at work and I keep meaning to join a club to try out racing.

That’s why as soon as I saw the announcement that Road.cc were hiring for a 24 hour challenge I was on it like a shot. In my mind we’re all going to qualify for RAAM next year. What I’m most excited about though is meeting a few members of the amazing Road.cc community, putting faces to some of the hilarious comment section posts and sharing a cold brew with some new friends after a gruelling once-in-a-lifetime ride. 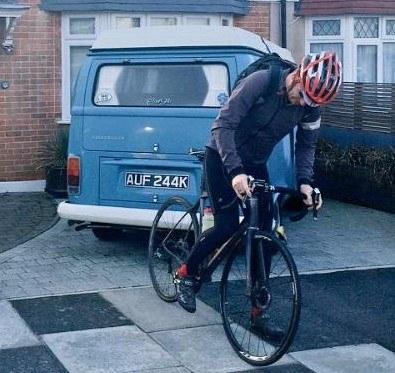 You never really think it through when volunteering for such things and it's only after a while the reality kicks in of what you actually have to accomplish.

Most sports people are competitive, however I find cyclists take it to a whole new level with discussions on Strava segments, power outputs, average MPH on a ride and of course how many miles you cover in a week!!!

I‘m no different and get sucked into this, so a training programme needed to be sought. But what sort??

Well it's a team of 8 and we will be doing 30 minute stints, not too bad one thinks. However, this is 30 minutes flat out with other cyclists pouring over your data, remember so you better be good!

Plus, it is a race and who enters that without thoughts of overall victory or at the very least a podium finish?

Then there is the sleep factor, now I am a person who loves his sleep. If I get awoken before my due awake time I don't like my own company so let alone what anyone else's thinks. This concerns me, getting up at silly o clock and cycling in the dark and cold trying to keep pace while those eager other cyclists eyes keep a hawkish eye on your data! Damn them!

I have some solace however, when the children come along and put paid to your professional sporting ambitions you have to make time to train. Or as you get to my stage of life it's really just enjoying a ride but going fast. This would entail going out at silly o’clock on Saturday mornings to get back to be with the family for breakfast.

Once, while out on one of these rides with dark, cold empty roads and our LED lights sparkling to the world announcing we were proper cyclists I asked my friend,

"Why are we doing this?"......Her reply "I don't know but cycling before the world gets up and getting back early makes you feel like a proper World Champion!".

So now a long way into my training I can look forward to being woken up, expected to ride in the dark with some sleep but hey, I will feel like a "World Champion" hurtling around that track and stuff what the other cyclists think of my data, because I will be enjoying myself!!

So thank you to revolve24, road.cc and Aldi for making that possible for me! 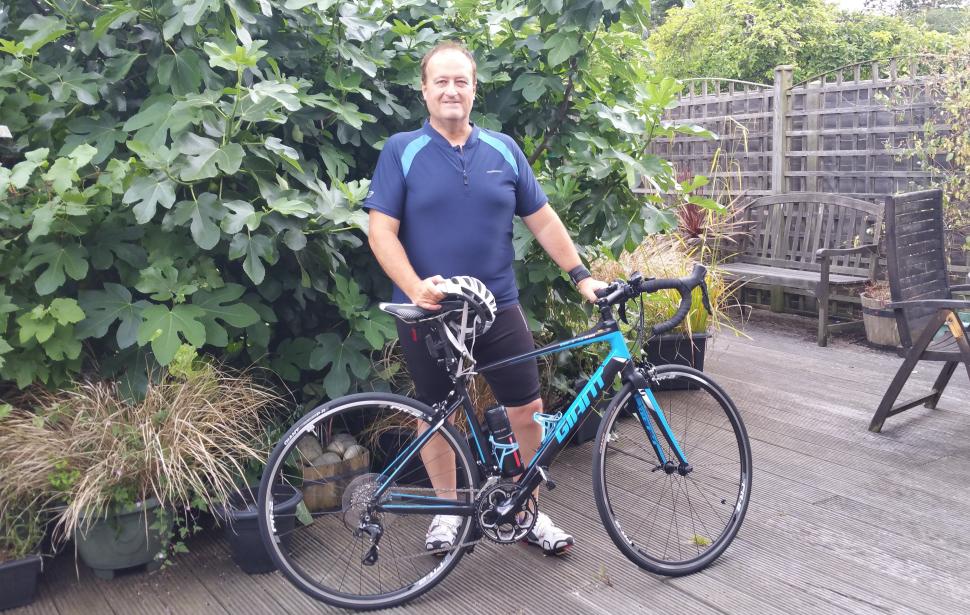 No I’m in team of 8 with road.cc and we’re being sponsored by Aldi.

And they want you?

Yes, it seems so

Amazing. Good for you.

And so the conversation sort of went on but with Debbie (my wife) veering between being supportive and laughing.

You see up until January I hadn’t been on a bike since college days. I had also put on a few pounds, well quite a few to be honest so about a year ago I decided it was time to change all that.

I’m now 3 ½ stone (that ½ is important, I’ve sweated over that) lighter and balancing weight loss with cycling, running, gym and swimming. Oh, and I’ve got a job.

One of the ways I can focus and motivate myself on getting fit is by doing challenges so Debbie and I rode the London to Brighton for the British Heart Foundation this year and really enjoyed it. When I booked the ride it seemed so far and I didn’t know how we would achieve it which was all I needed to push me to the gym.

I’ve now signed up for a 10K Trail run in November and a Triathlon next year plus did I mention that somehow I’m in a 24hr endurance race with a bunch of guys who are so fit it makes your eyes water?

Now that’s got to motivate me – right, er right?

Peter has even treated himself to a new road bike on the back of being selected for the revolve24 teamroad.cc/Aldi team as an upgrade to his hybrid. Plus taking things to a whole new level he’s also gone on a foreign training camp –  https://www.youtube.com/watch?v=oRvCUGsswoI We learnt a lot last year at revolve24 so this year I’m planning on getting the team a whole lot more organised this time around.Shorter stints for each rider to keep the freshness up while trying to accommodate decent bit of rest and recovery.

Enough about all that though, what have I been up to in preparation?

Well if you’ve seen some of my previous blogs you’ll know that ironically ever since I’ve started working in the cycle industry full time I actually spend less time on my bike. Without the routine of the daily commute many things get in the way of getting out to spin the pedals during the day, writing reviews, watching repeats of Minder and Only Fools and Horses – you know how it is.

I’ve cranked up the mileage over the last couple of weeks though aiming for the 175-200 miles I used to cover as a commuter and started to shift the weight I’ve accumulated from working ten feet from my well stocked fridge.

Speed work is important for this kind of event and with years of time trialling in my legs the 30 minute intervals shouldn’t be an issue, it’s just like smashing out a ten mile TT every few hours right? Well, last week I popped over to my old club’s evening ten as I was staying in the area and plus it was non-aero night. Perfect considering I’d sold my TT bike last year.

I’ve got plenty of 54:00 and 55:00 minute 25 mile TT’s under my belt and a 1:55:00 50 miler in my palmares so the reputation was pretty solid amongst my rivals parked up in the layby somewhere in Dorset. I say ‘was’ because what happened over the next 26:37 minutes of lumpy terrain saw me have my arse well and truly handed to me on a plate by both those younger and older.

We'll introduce you to the rest of the team on Thursday.