Under the yellow moon 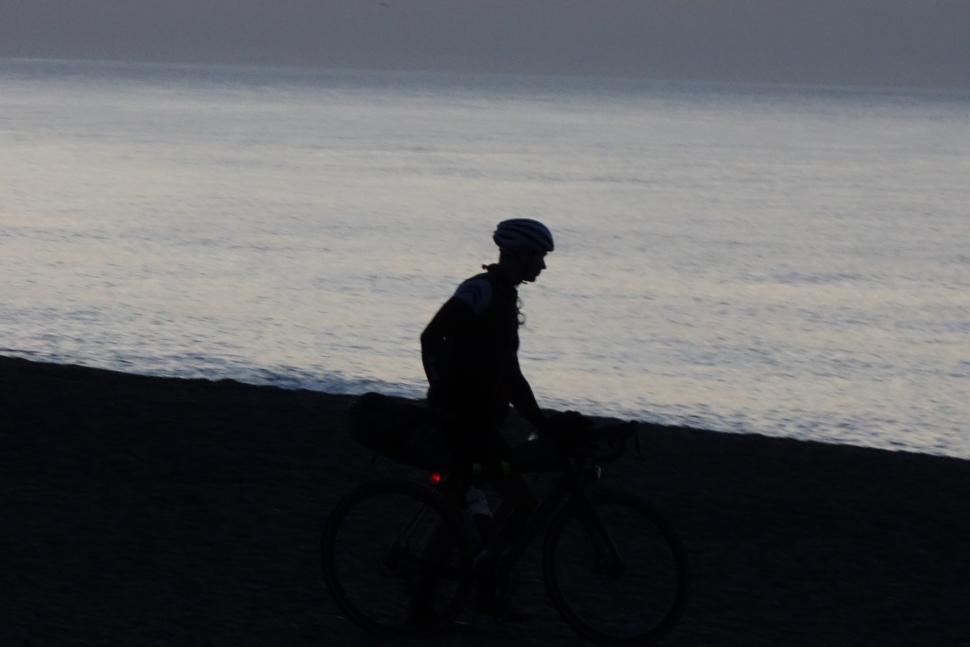 A fast blast and beautiful sights on the Dun Run

The shadows of helmets and shoulders projected against the darkened trees loom as large as monsters and flee like phantoms, stealthily drifting into nothing as riders shuffle around within our group. Corners seem to grow as we lean in, their shape instantly forming at the edge of our lights’ beam. And although the route is meant to be flat, I sense the tarmac pressing against my front wheel or gracefully leading me downwards; in this depth of darkness, far beyond the presence of streetlights, you often feel the landscape before you can see it.

To be honest, I’m not sure we’re doing this right. The Dunwich Dynamo is neither a race nor a sportive, and you won’t get a medal or appear on a results sheet at the end of the annual 113-mile night-time ride from London Fields to a pebbly Suffolk beach. Yet here I am with three clubmates, smashing it out with a fast group that we've joined on this warm summer night as if the fry-ups we’re going to have at our destination will be gobbled up by a greedier bunch if we don’t get a move on. Surely the girl with the sound system rigged to her bike who I saw back in Epping and the scores of merry cyclists "refuelling" in pubs along the way have the right idea: the Dun Run is meant to be about the experience rather than the challenge. Slow it down. Savour the moments. It’ll be a whole year before you can do this again.

Around 20 miles from the coast, the puncture fairy intervenes to remind the four of us what we’re missing. As riders pass us in ones and twos, glancing at the three of us helping our deflated clubmate replace her inner tube, I notice that the moon is a different one to its flashy, silvery city cousin: this one has a yellowy, halogen glow. There are seconds of almost supernatural silence where I can barely hear myself breath. Then, setting off again, we see a splash of mauve beyond the thin clouds: the far-distant, nascent sunrise, and it’s barely 3am.

So yes, I enjoyed the pause. But it’s when we’re barrelling along once more, en route to the sound of birdsong on the run-in to the beach, that I realise the truth: probably contrary to the majority of Dunrunners, speed is the aspect of the ride that gives me the most pleasure. The total lack of any notable climbs makes me push harder, and the absence of sleep deprives me of hesitancy and doubt. You operate on a purely instinctual level. You’re probably tired, but in your semi-trance, you feel tireless. Like the wind. Like a phantom.