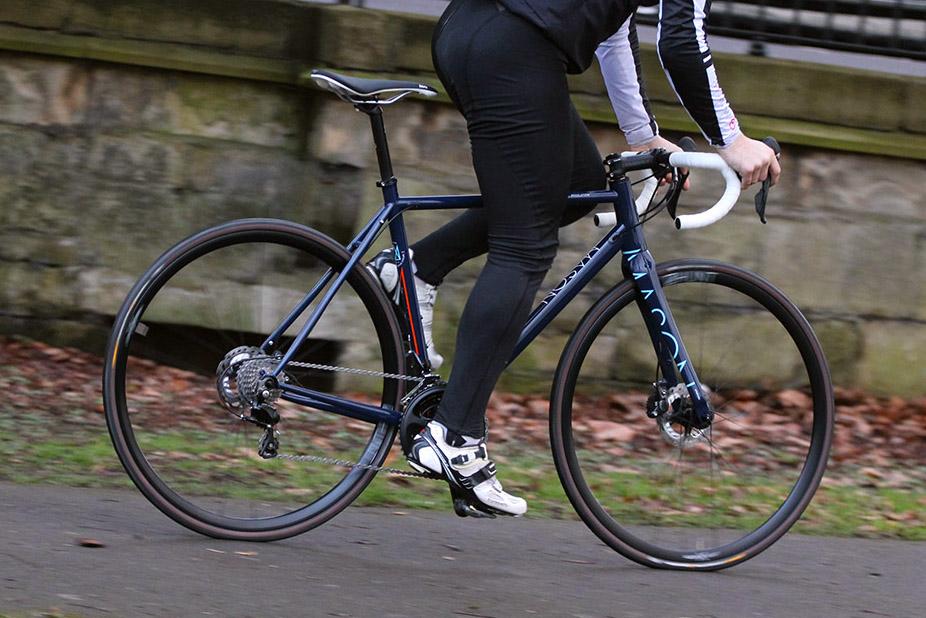 There's probably a simpler way to return one bike and pick up another. But it won't be this fun.

We've recently taken delivery of the Mason Definition here at road.cc for an exclusive review and the steel Columbus tubed Resolution is lined up for the same treatment. Admittedly the transition from one bike to the other could be done by courier but where's the fun in that?

The Mason bikes look as though they'll be perfect for getting those long miles in so designer Dom and I have come up with a little plan. Well I say it like it was a joint decision, but it was more like me saying, "You know what'll be a great idea? Why don't I ride from Wiltshire to Mason HQ, swap bikes and ride back the next day?" With Dom just looking at me as if I was mental.

So the morning of Saturday 11th April I and another slightly unhinged cyclist will be leaving Westbury for a trek to the coast hopefully arriving in time for tea. After copious amounts of food and possibly (definitely) beer with a bit of sleep we'll get up and do it all over again.

According to the route planner it is 200km bang on with 1670m of climbing with a mixture of A roads, B roads, country lanes and city centre traffic with the return on Sunday being a reverse of the same route, probably.

It's a bit of a personal challenge for me as I've not done back to back 200km days for years, I'm just hoping the dodgy back and knee ligament behave themselves.

It's a great way to test the bikes too comparing the materials and ride quality in quick succession. They share the same geometry and the plan is to have them share the majority of the same components and wheels so we can let the frames do the talking.

I'll be sending updates via Twitter (@StuKerton) using road.cc's #mycyclingweekend tag so if youíre interested in seeing us in various stages of fatigue interspersed with the obligatory photos of cakes and coffee then give us a follow. Feel free to join us for a few miles too if you like.

Fingers crossed then for some decent weather and a tailwind both days. Part 2 will be up next week when we'll share the delights and most probably dislikes of our ride with the reviews of both the Mason Resolution and Definition being up on the site over the coming weeks.