Why I think it’s important an “unknown” won Paris-Tours 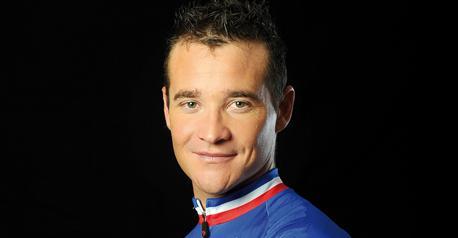 Thomas Voeckler picture credit Europcar.jpg
The racing on Sunday was awesome. I can change my mind, can’t I?

For an old school cyclist, trained in the classic dark arts of Northern France and Belgium, Paris-Tours was the classic of the season.

I know I have blogged on my season preview about the Tour of Lombardy meaning the most to me. But, that aside, the racing on Sunday was awesome.  I can change my mind can’t I ?!

‘PT’ had everything you want in a classic. Rain, crashes, a suicidal loan break and some cheeky little peaks in the last 50km, which were enough to disrupt the sprint trains and give hope to the escapees.

Throw Thomas Voeckler into that early break and even over-running tennis on Eurosport couldn’t dampen my enthusiasm.  As the feed came online, the panicking FDJ.com chase started to fragment. Lead out men started to hit the deck on wet leaves as they rode in and out of forested areas.

Arnaud Demare tried to ride it out, resplendent in the wonderful French national championship jersey. Some magical aerial photography showed the peloton starting to get its act together as the breakaway started to fracture.

I always love to the see the lesser teams jersey’s on camera so to lose the Wanty/Goubert rider so soon after the Roubaix/Lille Metropole riders unhitching did erase my smile briefly. But the gap to the remaining pair didn’t move by much and another section of narrow lanes and steep little climbs kept the magical 1 minute lead required per 10km of racing intact.

Step forward Jelle Wallays of Topsport. A team chiselled in Flandrian toughness and who’s very mention conjours up images of cobbles and mud.  And with the roads tricky and slippy and the peloton falling off at each roundabout, suddenly a day long break looked on.

It’s fair to say that the experienced Frenchman Voeckler did the lion’s share of work in the run in. But with a minimal group of favourites containing John Degenkolb and Greg Van Avermaet not getting their chase together, the win for one of the leaders was guaranteed from about 2km out.

Despite being the man with the race craft, Tour stage wins and yellow jersey’s , Voeckler made the beginners error of getting on the front. With a big enough gap behind to start to ride tactically, Wallays showed no inclination to stick his nose into the wind.

And they delayed and delayed, the sprint eventually opening up within the last 200 metres of an almost 240km race. The Belgian came round easily and celebrated like he was an unknown rider making the career breakthrough of winning a major classic. Which he was!

Lotto led the chasers home 12 seconds later, with handlebar bashing from Jens Debusschere, a canny rider who won’t be long in showing in the spring classics by my reckoning.

And so the main part of the European road season ended with a surprise result and lovely long shots of Tour from the helicopter showing tree lined streets and a golden canopy of leaves.

Magical stuff, I loved every second.