What we did on our holiday* 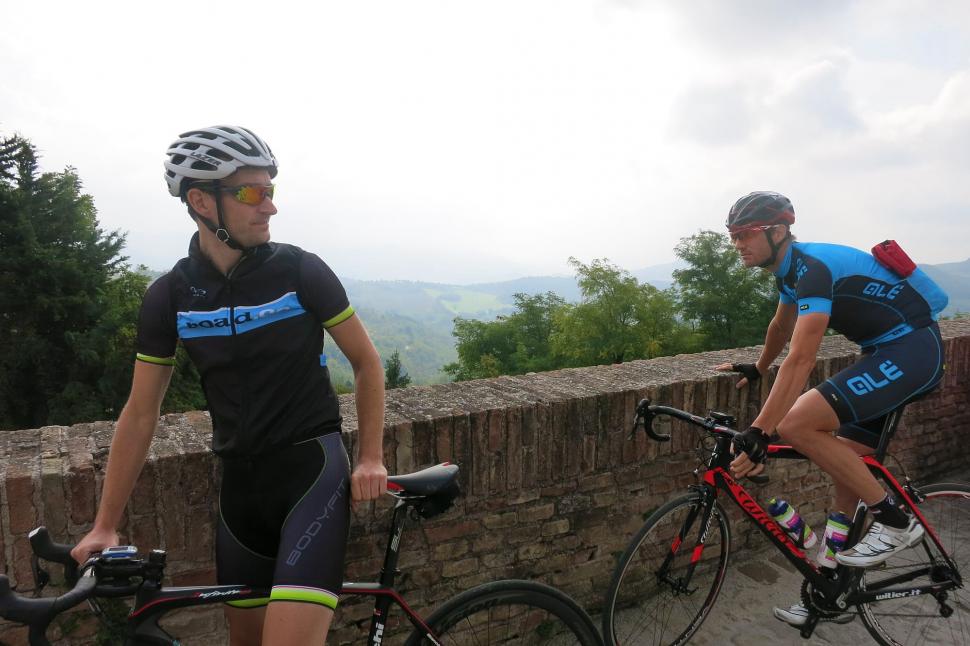 Italy Week Monday - Urbino Mat and Dave by the wall
We go cycling in Italy and – whaddya know? – it turns out nice

We didn’t mean to cycle 90-odd miles when we left the Hotel Belvedere but it was that kind of day. When Italy offers you a big ride in the sunshine, what can you do but get stuck in? 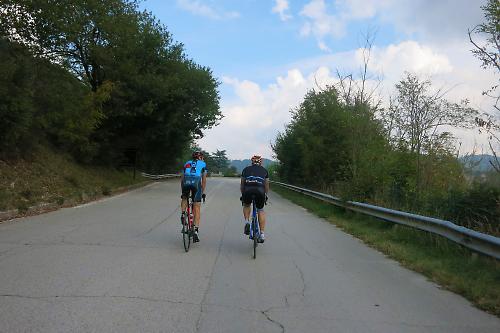 It was our second full day in northern Italy, and highlights included: 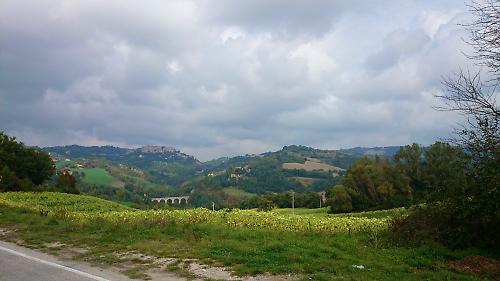 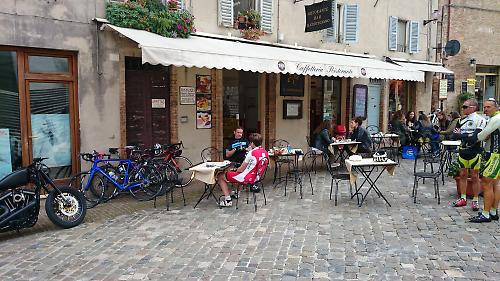 If you’ve never been to Urbino, get yourself along there at some point. It’s the sort of place that people paint. It has got a wall around the edge for a start, and that has to be a good thing, and the architecture is stunning. Plus, it sits at the top of a big hill so by the time you get there you’ve earned your coffee (very reasonably priced, we thought, at €1.20 a go). 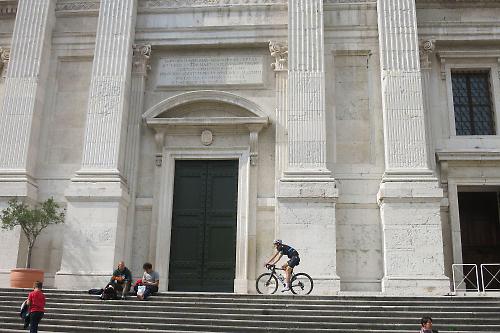 The area is hilly but not mountainous. You get quite a lot of climbs that are two or three miles long, a few climbs that are longer with a couple of dips along the way. The longest climb we did today was about seven miles although that included a bunch of flat bits and the gradient was generally pretty shallow. 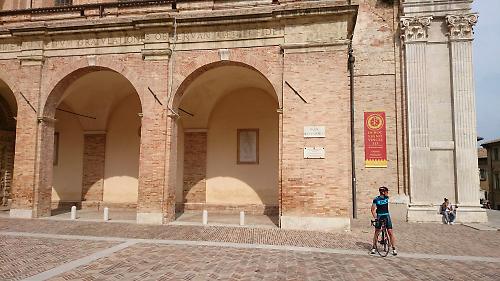 We’d headed out with one of the ride groups from the Belvedere Hotel but they were heading more or less straight back from Urbino to Riccione whereas Dave had come up with a plan to check out the Furlo Gorge. One ultra-swoopy descent later and we were well on our way. 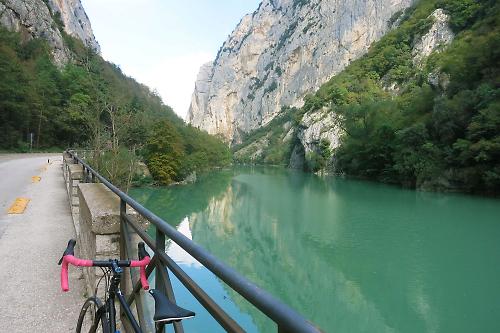 The gorge is spectacular and it has a Roman road running along the bottom so you get to ride right beside the Candigliano river. At one point most of the road has slipped into the water leaving enough room to get by on a bike but not enough for a car. That means you can gawp at the towering cliffs without having to worry about traffic. I guess you might want to worry about more of the road falling into the river, but at least you’re not going to be hassled by motorists. 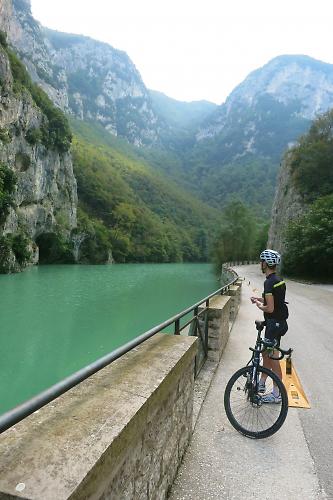 Once we reached the end of the gorge it was time to start on the journey home. To be honest, we found some good roads and some not so good roads to ride back on, but that’s all part of the experience, isn’t it? 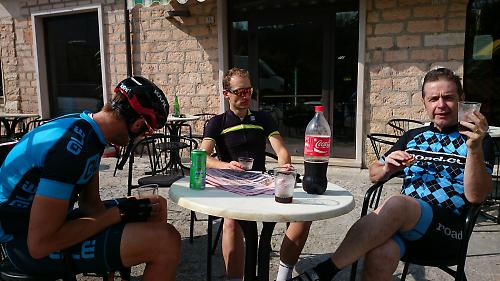 We replenished dwindling fuel reserves at a café somewhere along the way, filled up water bottles in Fano where Dave had his picture taken with Caesar Augustus. He built an arch at the entrance to the town in 2AD and it’s still there. That’s yer man Augustus, not Dave. Dave doesn’t know how to build arches. 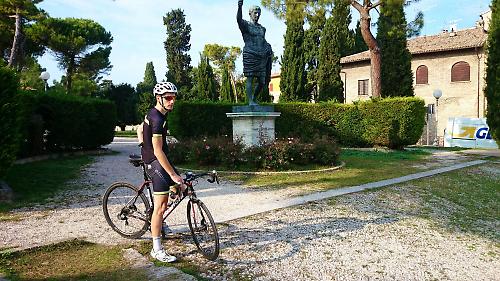 Oh, and if you’re from Watford and you’ve seen signs saying your town is twinned with Pesaro, Italy, well, we passed through there today too on our way back up the coast. We didn’t have time to stop but if we go back later in the week we’ll say ‘hi’ from you. 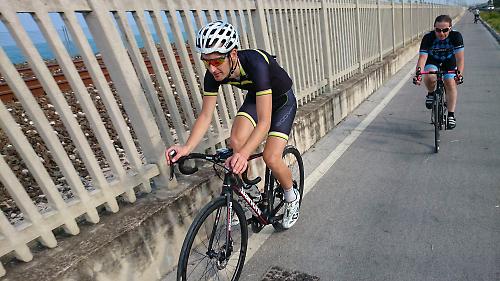 All in, we did 92 miles with 1,750m climbing and laid waste to eight cappuccinos between us, two slices of blackcurrant tart, a couple of cheese and tomato pizzas, 10 Mars Bars and assorted soft drinks, plus a selection of flying insects on the descents.

*Actually, it's not a holiday, it's a business trip.