Cycling in Britain is going through a huge number of changes at the moment; in 2012 a Brit won the Tour de France for the first time since - ever - and Team GB has enjoyed unparalleled success in recent Olympics led by such human ‘machines’ as Sir Chris Hoy, Sir Bradley Wiggins and Victoria Pendleton.

Currently Britain really does rule the wheels; any sport in which we beat the French at their own game usually goes down well in the national psyche. 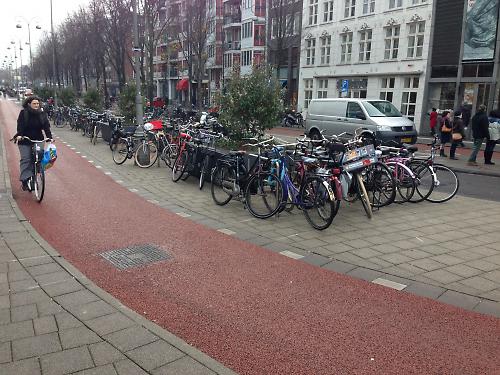 Bikes, bikes everywhere - it must be Amsterdam

It’s all terribly impressive and coupled with rising fuel costs, train fares, insurance, congestion and concerns for the environment it’s no surprise that the general public wish to take to the streets on two wheels as well.

However that’s when the problems start as Britain’s roads for the past 60 years have been designed with motoring in mind. The 1950s optimism of the open road and the freedom personal car ownership provided haave been lost in 2013’s polluted, congested and overweight British cities.

The government wants people to cycle, people want to cycle, but the recent spate of cycling fatalities in London has revealed a terrible lag in legislation, road design and cultural attitudes to cycling. This has led to calls for us to emulate the world’s most cycle-friendly nation - the Netherlands - of which Amsterdam is the cycling capital of the world, and ‘go Dutch’.

Reports, studies and white papers are so full of the term it’s bordering on the obsessive. From Dutch-style segregated lanes to Dutch-style roundabouts and ‘Mini Hollands’ it won’t be long till we swap white for orange shirts in time for the Football World Cup next year. The possibility of having to ‘go Dutch’ explodes my head with euphemisms. So what’s it like cycling in Amsterdam? Well having just come back from visiting there last weekend, it’s pretty great. Integrating cycling into street layout has been a fundamental part of planning in Amsterdam for decades. Streets incorporate wide largely segregated cycle lanes (Fietspad) with separate traffic signals, low rise kerbs and slow moving low numbers of motorised vehicles.

The streetscape is remarkably open - free of safety railing ‘rat runs’, bollards, unnecessary and confusing signage and it seems to work all the better for it. The result is outstanding, the air is clean and quiet, the roads are peaceful, and streets are just attractive and pleasant places to be.

However adapting infrastructure is the easy bit, changing the public’s behaviours and attitudes to ‘going Dutch’ will take longer.

In Amsterdam people of all ages and backgrounds cruise around in upright single speed bikes. No-one wears a helmet or protective pads, no-one wears ghastly high vis jackets, no-one wears lycra and few people have cycle lights. You can even borrow bikes from your hotel when you visit it’s that ingrained.

The amount of fuss you get for not having one or all of these things while cycling in Britain, you would expect the streets of Amsterdam to be like the first day on the Somme but they’re not; bike related fatalities hover around 6 people per year.

The cultural attitude of cycling in London is that you have to look like something akin to a medieval knight or Imperial Storm Trooper (along with a large dose of ‘Dutch courage’). It’s a classic example of treating the symptom, not the condition.

It would be wrong to say that Amsterdam doesn’t have transport problems of its own (in many ways it’s a victim of its own success), yet it is consistently regarded as one of the most ‘liveable’ cities in the world.

The Government may be moving along the right lines with gearing up investment in cycle infrastructure, but culture behaviour change will take much longer than watching the blue paint dry on another Cycle Superhighway. 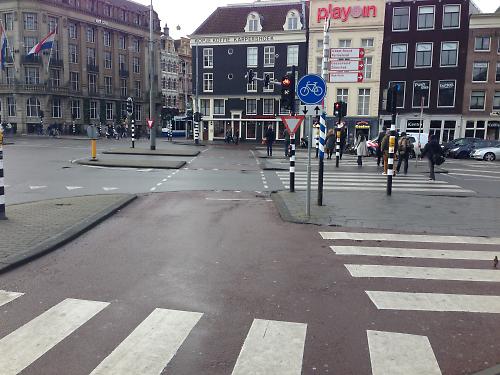