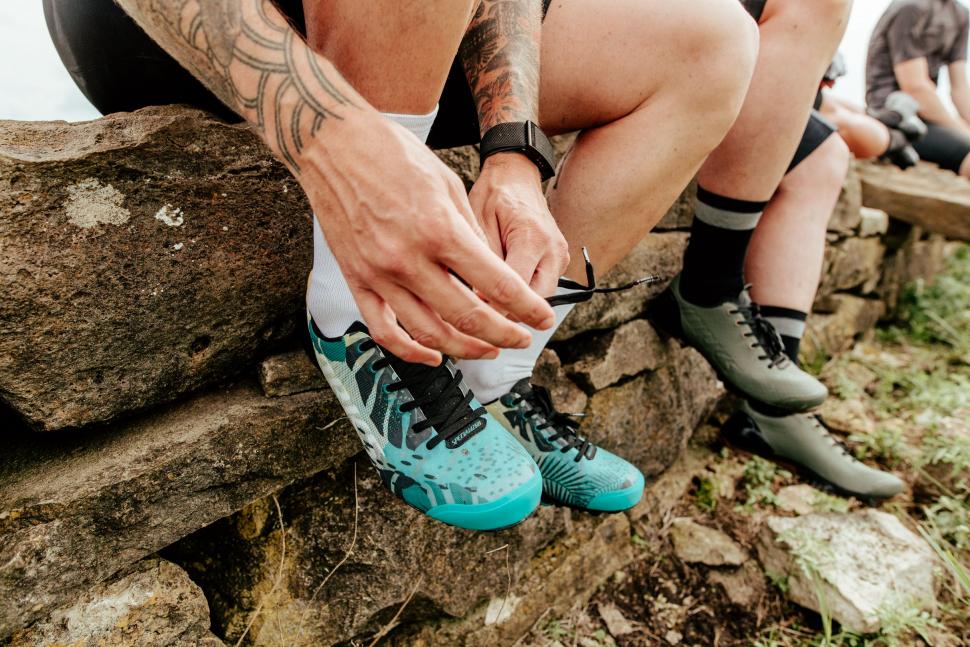 Specialized has added a laced version of its S-Works Recon gravel shoes for classic styling on the rough stuff. The move has also allowed for a simpler upper which Specialized says is more supple for a better fit.

The S-Works Recon has been around for a few years and Specialized is at a point where it is tweaking its products rather than overhauling them. We’ve seen the S-Works Prevail II Vent making small changes to the Prevail II, the S-Works Ares shoes focus on sprinters and the S-Works Vent shoe is a hot weather version of the S-Works 7 shoe. 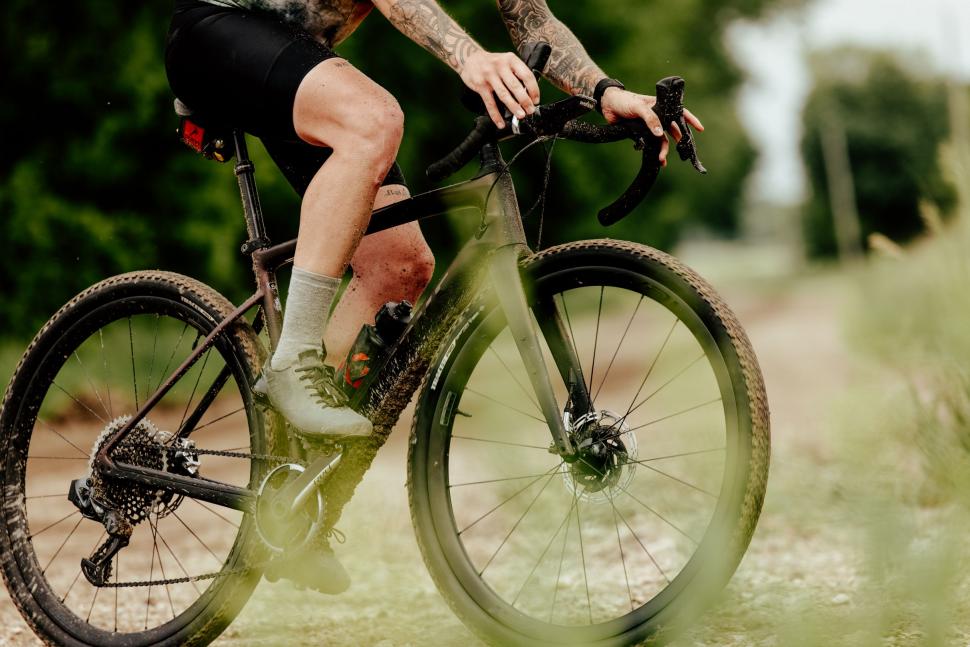 This theme continues with the S-Works Recon which now comes in the rather classy laced version. Why laces? Well, Specialized says that this system “gives riders multiple points of cincture to effect precise adjustment for a sublime feel.”

The change in closure system also means that there is a change in the upper. Without the need to mount the Boa S3 dials, Specialized says that it has been able to make the upper more supple which, it claims, means a fit that is like “a hug for your feet.”

The simpler closure system doesn't, however, result in a lower weight. The claimed weight for the laced version in a size 42 is 280g. For the standard S-Works Recon, the weight for a size 42 is a claimed 270g. 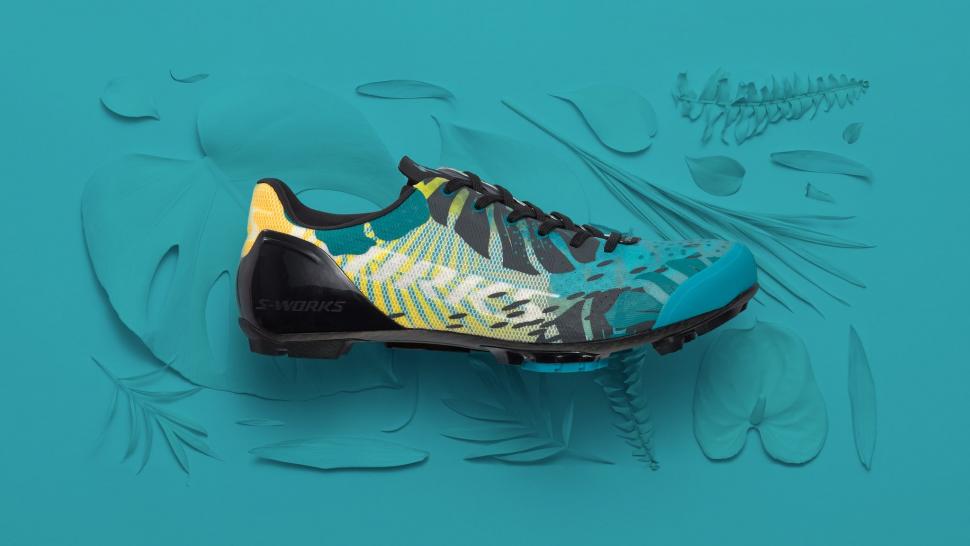 While the laces hark back to the classic styles of yesteryear, the rest of the design and especially the colour choices, are bang up to date. There’s the expected gravel colourway of dusty green, if you want to keep it classic, there’s a faded black and if you like spending your time cleaning, there’s a white option that would dazzle even a dentist. Fans of jazzy colours will like the Aloha design which is ready to be paired with some equally loud clothing for maximum vibes. 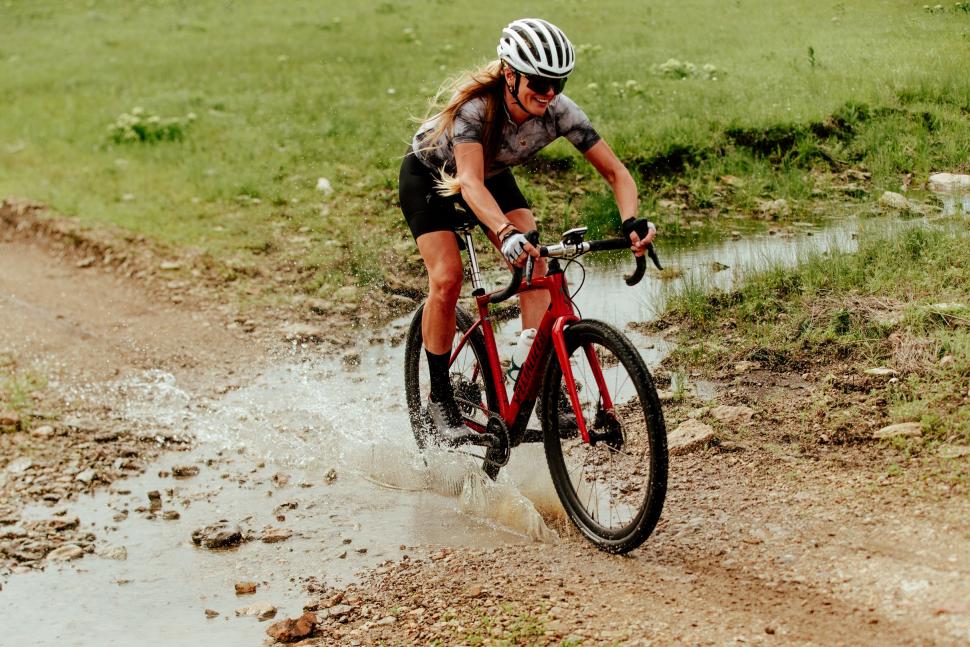 Inside the shoes, you’ve got all of the tech that we’ve come to expect from Specialized. The Varus Wedge supinates the foot by 14º which Specialized says stabilises the foot to “ improve foot, knee, and hip alignment, which increases power output and adds an average of 10 seconds to your time to exhaustion during maximum efforts.”

You’ll also find Specialized’s Longitudinal Arch which is moulded arch support in the outsole  that Specialized claims “creates a rigid structure, which is paired with customisable footbeds to prevent foot collapse and wasted power.”

The S-Works Recon shoes even feature the Metatarsal Button which is designed to spread the bones of the forefoot. This, Specialized says, “prevents impinging and compressing nearby nerves and arteries, so you can say goodbye to foot issues that used to plague long or hot rides.”

The S-Works Recon Lace shoes cost £300 and are available now. The white colour will be available in late September.