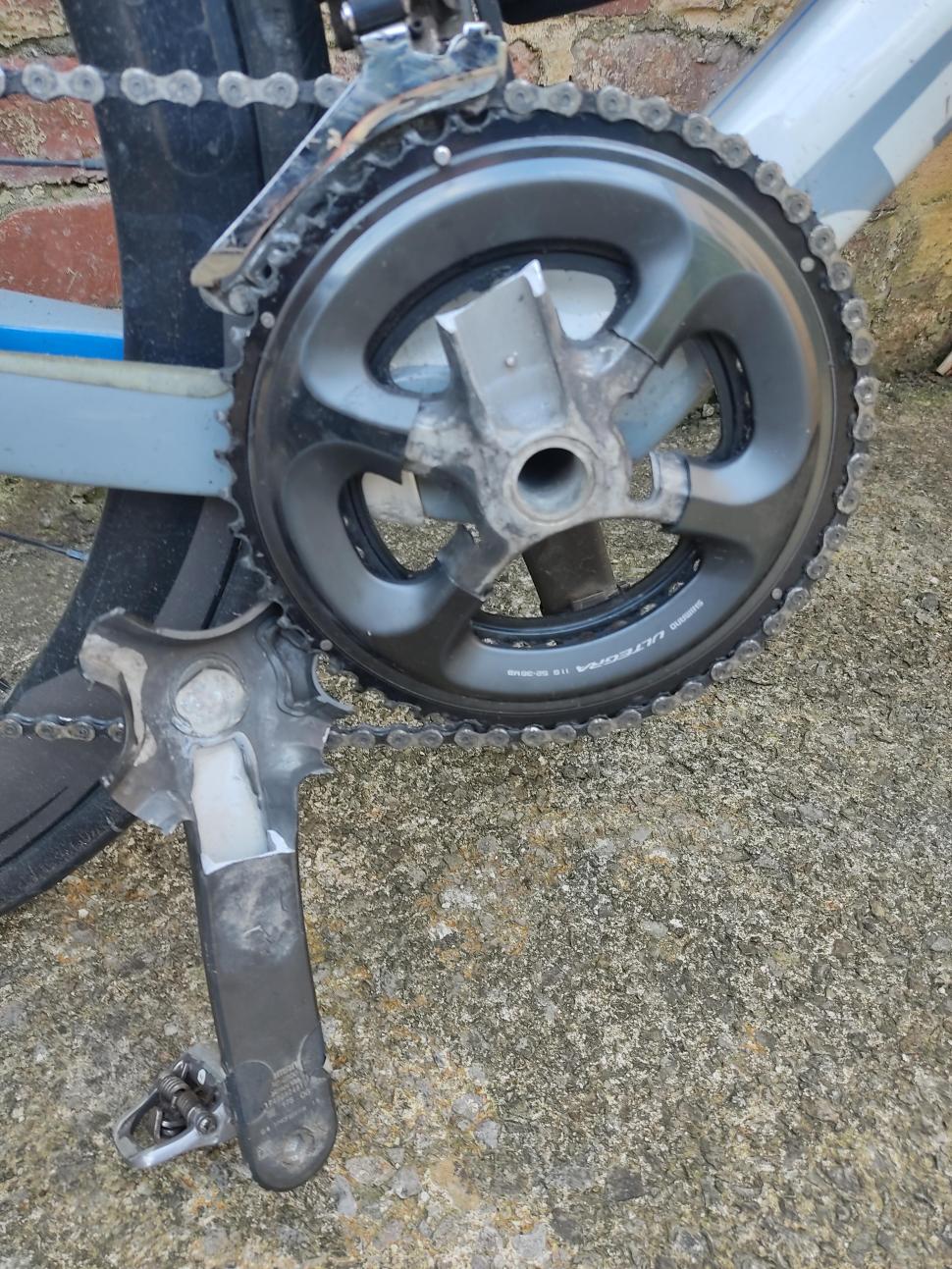 Shimano says that there isn't a design problem with its Hollowtech cranks despite reports of a pattern of failures – although its engineers are continuing to investigate other factors or causes.

The hollow design of Shimano’s Hollowtech crank arms makes them light; decreasing the rotating mass helps with acceleration. A lot is to be gained and Shimano says on its website, “The challenge is to reduce the weight of the crank without reducing its strength and rigidity.”

So, is the balance right? 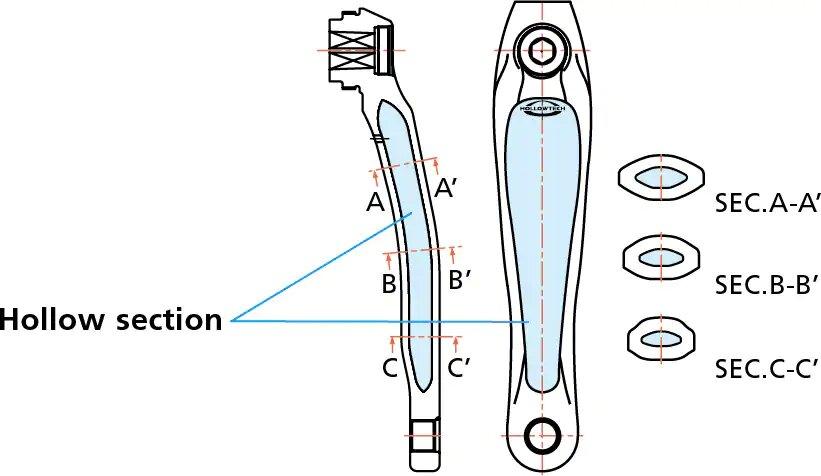 road.cc reader hawkinspeter shared with us all in a forum post last month the result of an uninvestigated creaking noise. The photo shows the Hollowtech crank arm cracked completely and split in two. This failure resulted in the rider hitting the deck.

He explained that the noise repeatedly occurred when accelerating from a standstill, but that he was unable to get to the bottom of the issue until the crash when it became clear Shimano’s Hollowtech crank arms had been the source.

This is one reader’s incident, but there are more. When we shared the photo on our Instagram page we got countless replies detailing similar incidents, so much that it spawned a whole road.cc Podcast episode on scary cycling incidents. An Instagram account with 11.1k followers, @thanksshimano, shares photos documenting similar issues, with new posts every day or so.

@thanksshimano reckons the issue is that “none have properly treated internal surfaces and all rely on 'perfect' bonding which we know to be sometimes imperfect”.

It’s clear hawkinspeter’s failure isn’t a one-off, but we have no way of putting a definitive figure on it.

Shimano sells a vast number of these cranks – there are far more out there than cranks of a similar level from SRAM or Campagnolo, for example – so it’s almost inevitable that there will be more reported failures. It would be interesting to see the number of incidents versus the number sold, but we have no way of getting these figures. Nor can we tell you about the history of any particular product that has failed.

What we do have, though, is a response from Shimano on the issue.

We brought the reported failures of cranks to the company’s attention and in a nutshell, Shimano says there is no design problem, but that it is still looking to find out if there is a specific cause.

Here’s the full response we received:

“Thank you for bringing the reported failures of cranks to our attention. We take customer complaints seriously and, as a result, we initiated an investigation.

“Crank failures do occur, even though our cranks do not have any design problems or if there are no other easily identifiable issues.

“During our examination of usage cases, and through our own internal testing, we have not identified a design problem with the cranks, and we are continuing our investigation to discover other factors or causes.

“We would like to be able to give further details, but we cannot at this point because our investigation has not resulted in the identification of a cause of the crank failures your readers reported.

“We would like you to know that your readers' complaints are not being ignored, and Shimano's engineers are trying to find out if there is a specific cause.”

Have you had a Shimano crank fail? Please get in touch and tell us what happened.