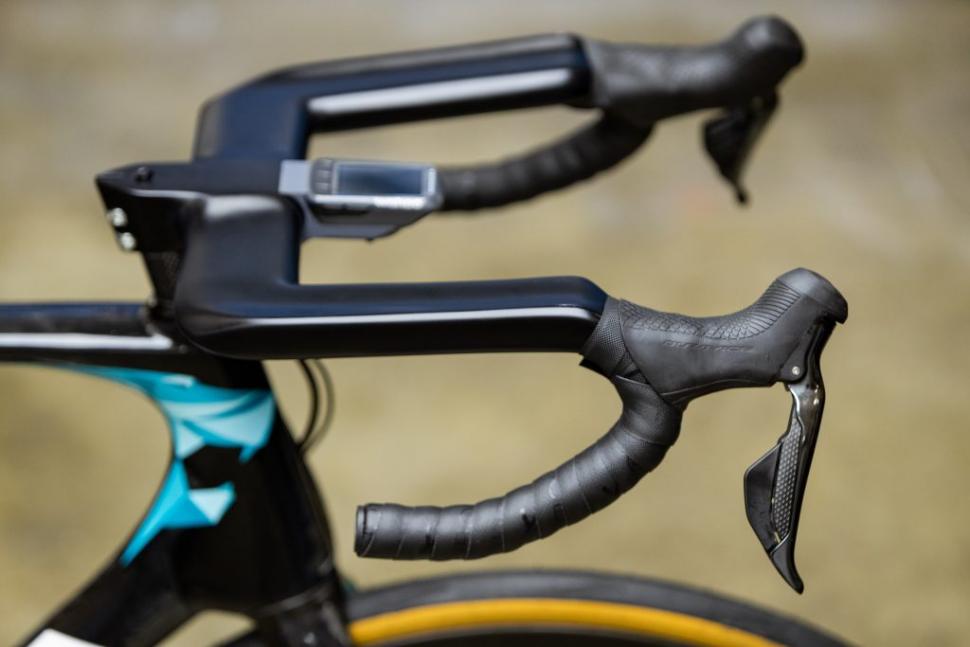 These radically-shaped bars are currently UCI legal... do you think they should be?
by Anna Marie Hughes

Dutch carbon specialists Speeco are behind an unusual new handlebar design, the Aero Breakaway Bar (ABB) which has been developed for Dutch pro Jan-Willem van Schip of BEAT Cycling. They are UCI-legal.... well, at the time of writing they are anyway.

The ABB bar essentially replicates the position that we all see pro riders adopt on their road bikes when at the front of the peloton or in a breakaway - arms bent, and hands draped over the top of the hoods. With the forearms level to the ground, this position tries to copy the aerodynamically efficient time trial position on standard road bars. It works, but isn’t optimal, and so this is the problem the ABBs attempt to solve. 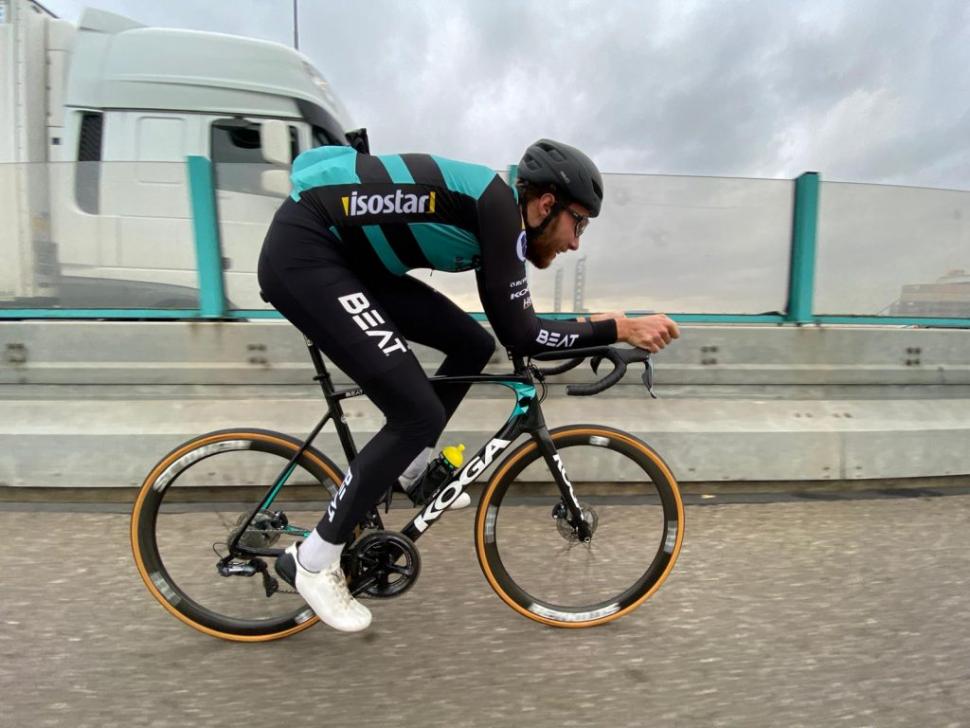 Instead of relying on the stem to provide the majority of the reach (as in a traditional setup), the reach of these handlebars has been increased significantly to allow the rider’s weight to be supported by their arms and not the wrists.

This is said to give less of a leverage effect, and the hollow shape is said to cradle the length of the forearms for maximum stability and comfort when leaning into this aero position. 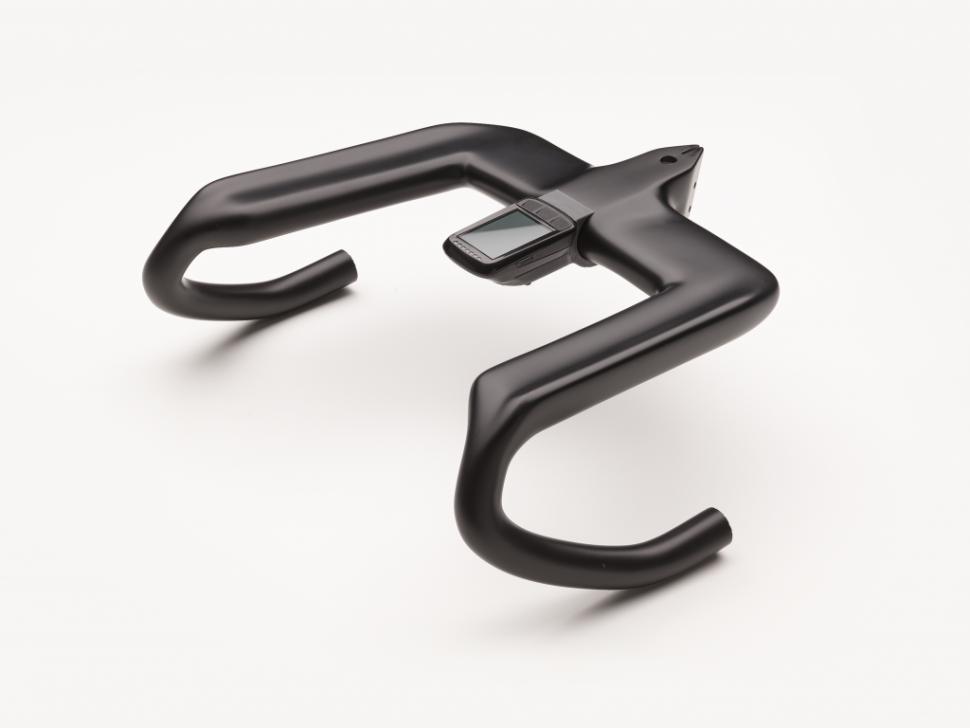 These one-piece integrated carbon bars only have a 70mm stem, but with the lengthened forearm rest included within the bars they hit a total reach of 355mm. They are 32cm narrow up top, and with a slight flare this widens out to 37cm at the bottom of the drops. 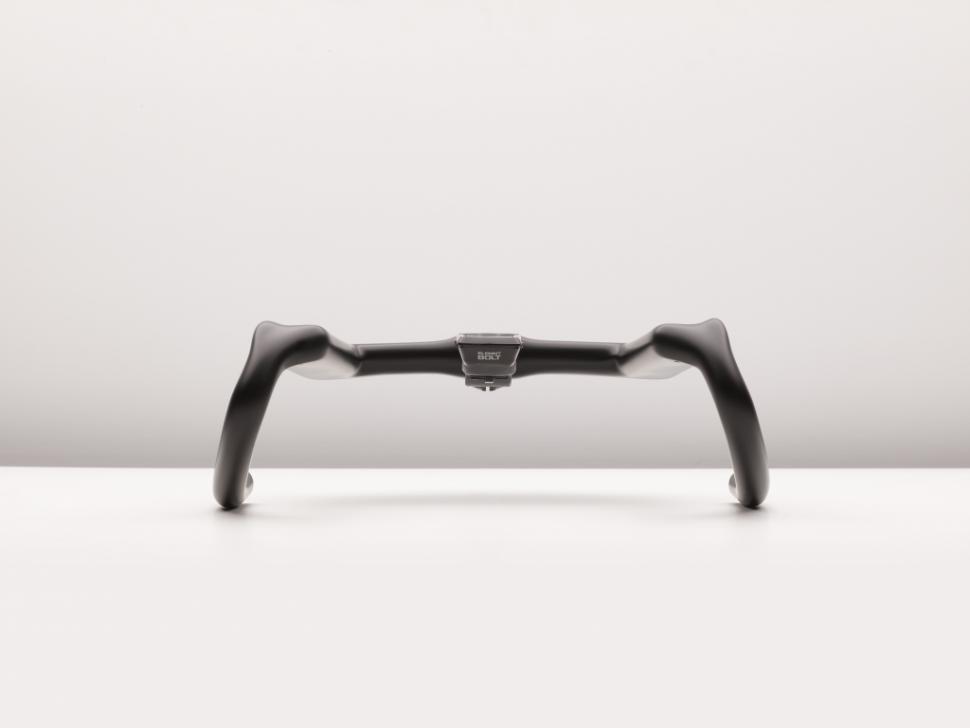 Speeco has designed these bars so they are suitable for most integrated cable setups. Also built to Van Schip’s preferences, you can see these bars feature an integrated mount for the Wahoo Elemnt Bolt. Custom mounts to support other cycling computers are also said to be available.

Van Schip says he is going to use the ABB at the beginning of next season because believe or not, these revolutionary bars don’t actually break any of the UCI’s current guidelines... for the time being at least.

Calls have already been made from the pro peloton to put an end to this radical design.

Trek Segafredo’s Ryan Mullen tweeted: “I want the UCI to ban this more than I want to breath air."

I want the UCI to ban this more than I want to breath air.

According to Article 1.3.012 of the UCI’s regulations: “A bicycle shall not measure more that 185 cm in length and 50 cm in width overall.”

This maximum width of 50cm for the bicycle is said to directly relate to the maximum authorised width of handlebars.

While Article 1.3.022 adds: “…in no case shall the front of the handlebars exceed the tolerance of 5 cm in relation to a vertical line passing through the front wheel axle, which is the control zone of the bicycle.” 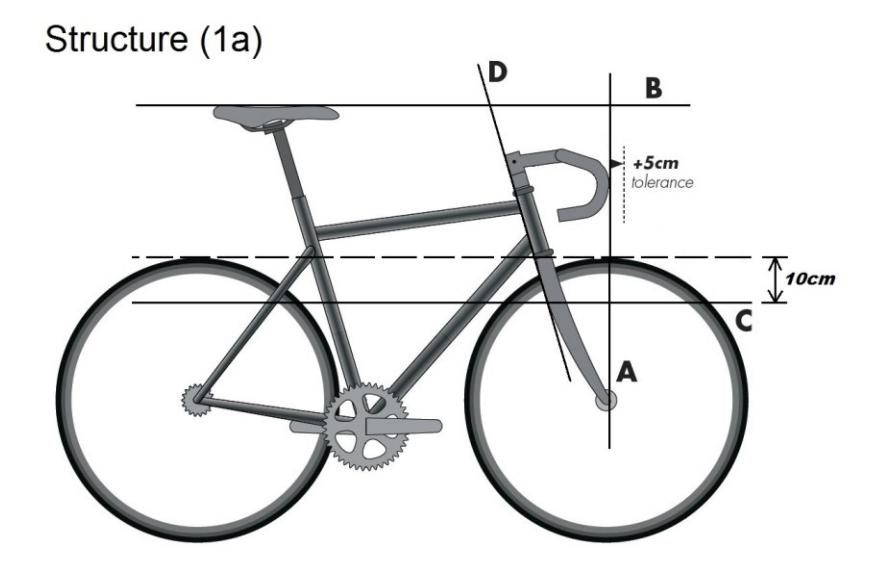 Aside from passing these measurements stipulations, the UCI does include a regulation related to how the bars should be able to be used in practice.

Article 1.3.009 says: “The bicycle should have handlebars which allow it to be ridden and manoeuvred in any circumstances and in complete safety.”

Phil Gaimon doesn’t seem so convinced that the ABBs have got your back here. He tweeted: “I feel like you’d turn the bars and the bike starts turning 8 minutes later”.

Getting your own ABB setup isn’t going to be cheap, as each set is custom made to your own specifications. A €500 deposit is required up front, with the total price coming to €1500.

Reinventing the handlebar has been attempted in years gone by, and hasn’t been welcomed by the UCI...

Used by Greg LeMond in the 80s, Scott’s Drop-In handlebars, with the end of the bars curving 90 degrees inwards at each side, were designed to help riders get into a very low, narrow position—these were banned. Graham Obree’s super stretched out 'superman' position, used by Chris Boardman to set what is now the UCI Absolute Hour Record of 56.375km in 1996 on his Lotus track bike, was (surprise surprise) also promptly banned about a month after Boardman set the record.

Do you think the UCI should ban these bars? Do you think the ABBs are safer to use than continuing to let the pros replicate the TT position on standard bars? Do let us know your thoughts in the comments as always...