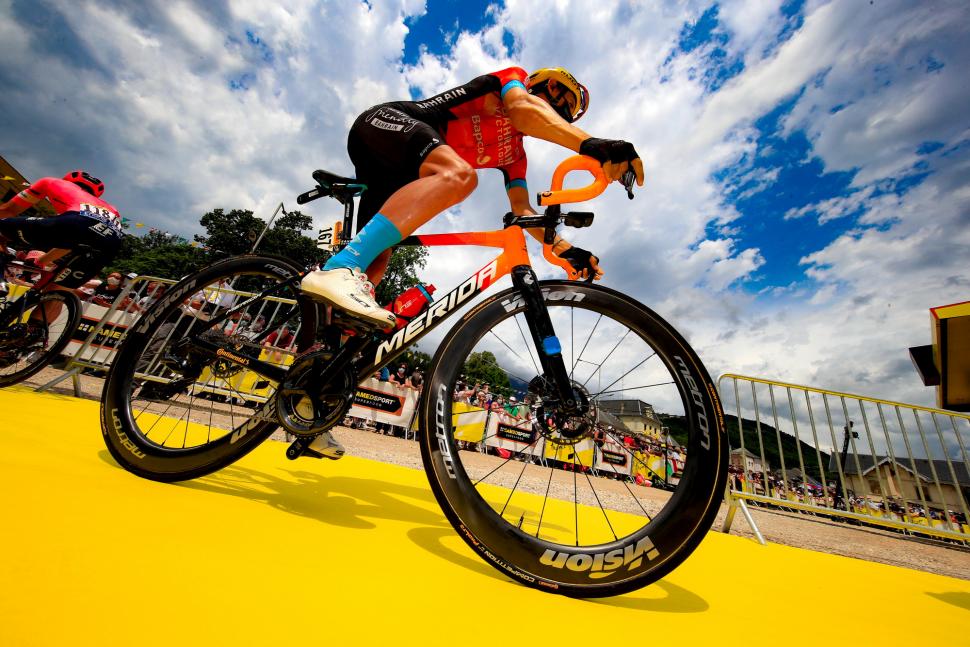 Vision’s new Metron 45 and 60 SL Disc wheels have been launched in the pro peloton, with EF Education-Nippo and Team Bahrain-Victorious (officially) rolling on the new aero-optimised disc wheels for 28mm tyres. 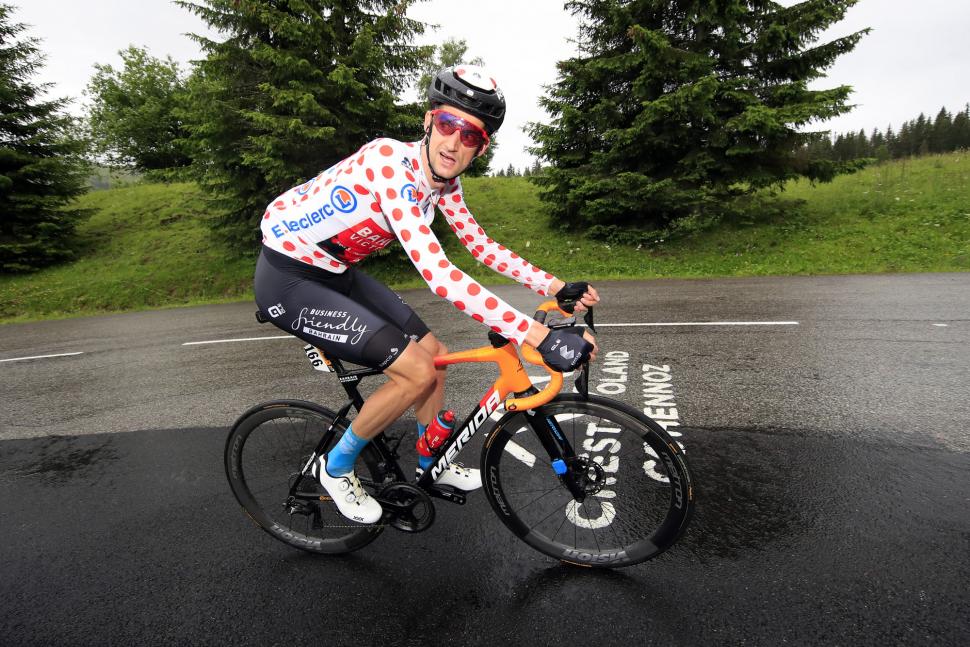 Before getting into the detail, here’s some highlights:

“Our Vision engineer’s goal was to create the most aerodynamic and performance enhanced wheels in the world,” says the brand. 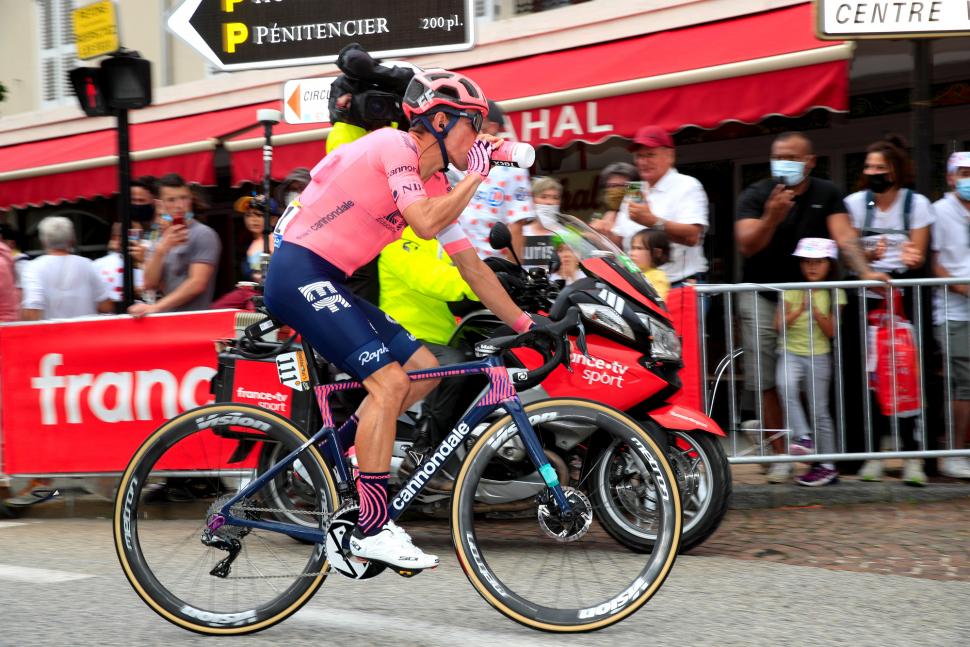 With 45mm deep rims, the Metron 45 SL Disc wheels are designed for the hillier stages, while the Metron 60 SL Disc wheels, with 60mm deep rims, are for the flat days. As we alluded to, EF Education-Nippo and Team Bahrain-Victorious are the Vision-sponsored teams officially riding them - but as spotted by Cyclingnews, it appears that some Jumbo-Visma riders are riding unbranded versions of them instead of the team's regular Shimano Dura-Ace wheels. We think Wout van Aert is riding them here...

Back to the tech specs - the internal channel of the clincher/tubeless ready version is 21mm and Vision says the wheels have been optimised for 28mm tyres. 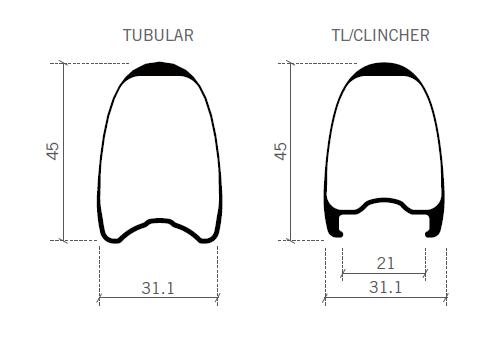 “This allows a sort of ‘compact and unique structure’ between the rim and the tyre, thus improving aerodynamics,” Vision claims.

The Metron 45 SL showed a 1.5 to 123% drop in drag, depending on the yaw angle and tyre size, compared to the Metron 40, according to Vision’s testing.

“This is done by moving the side force pressure further behind and below the hub, which in that position of the wheels acts like a rudder to stabilise the wheel no matter the condition,” Vision adds. 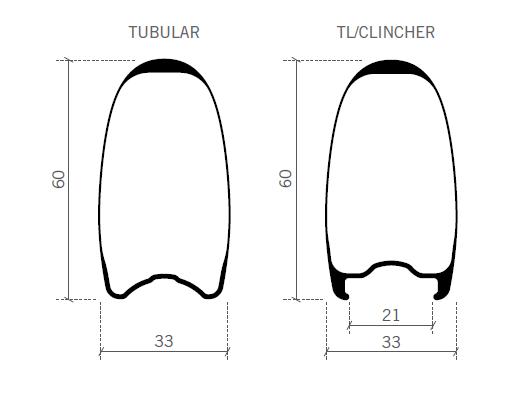 The Metron 60 SL wheelset also showed improvements in Vision’s testing, with a 4% to 102% drop in drag compared to the Metron 55 depending on the yaw angle and tyre size, as well as increased crosswind stability of 15%.

Vision has used a combination of a high modulus FAW065 pre-preg carbon fibre main structure of the rims, with FAW150 added as reinforcement.

“To achieve our ultimate goal of stiffness and minimal weight, we also inserted space-derived foam between the carbon layers,” Vision explains. 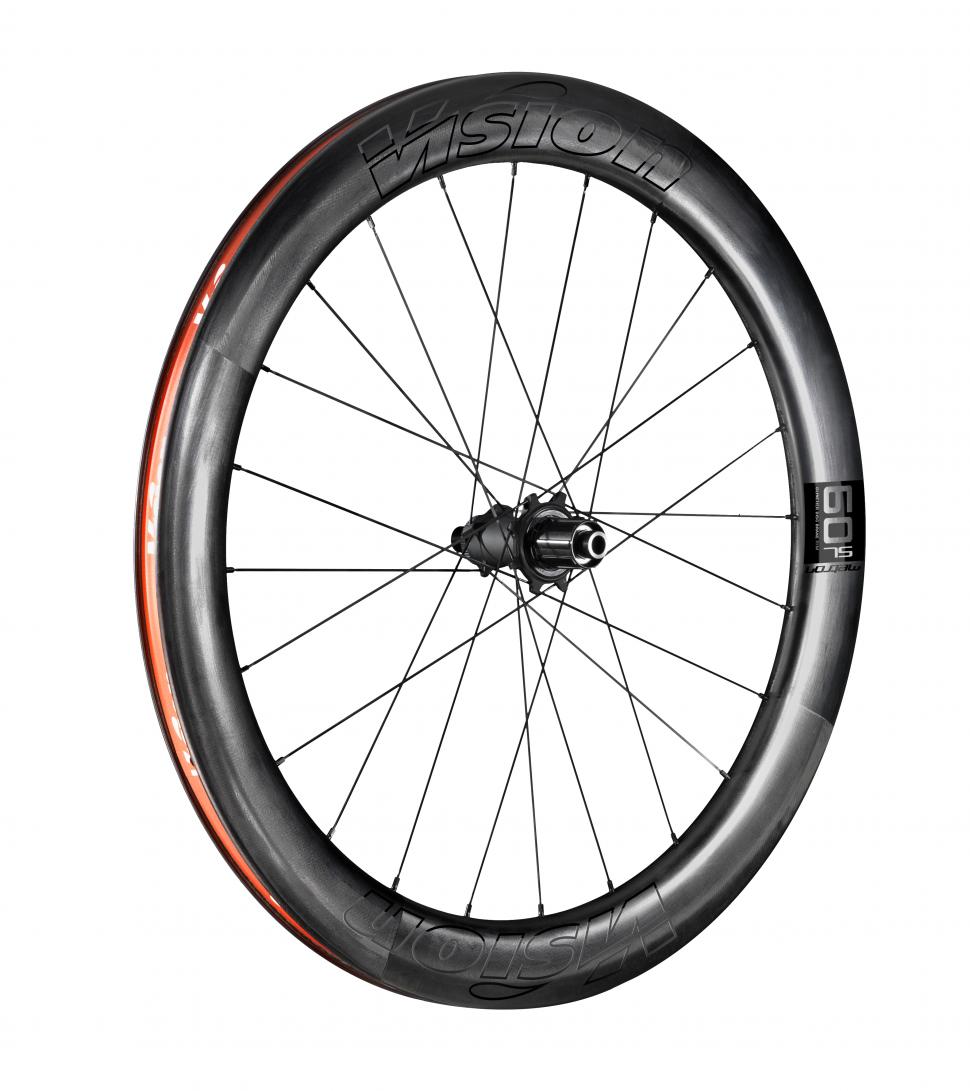 The hubs feature Vision’s new PRS technology with a 72-tooth engagement system. The idea being that this provides greater smoothness and a better grip 5 degree gear angle, as well 24% faster engagement that than the previous Vision 6-pawl and DT 54T/6.6 degree system.

While they are designed for a Centerlock system, an adapter for 6-Bolt configuration will be available.

The spokes are aero-bladed, double-butted in stainless steel, meaning these are rust-proof.

Vision has used its Adaptive Reinforcement Technology to provide lighter weight and more reinforcement at each spoke hole.

Vision backs these wheels with a lifetime warranty to the original owner.

The prices are as follows: