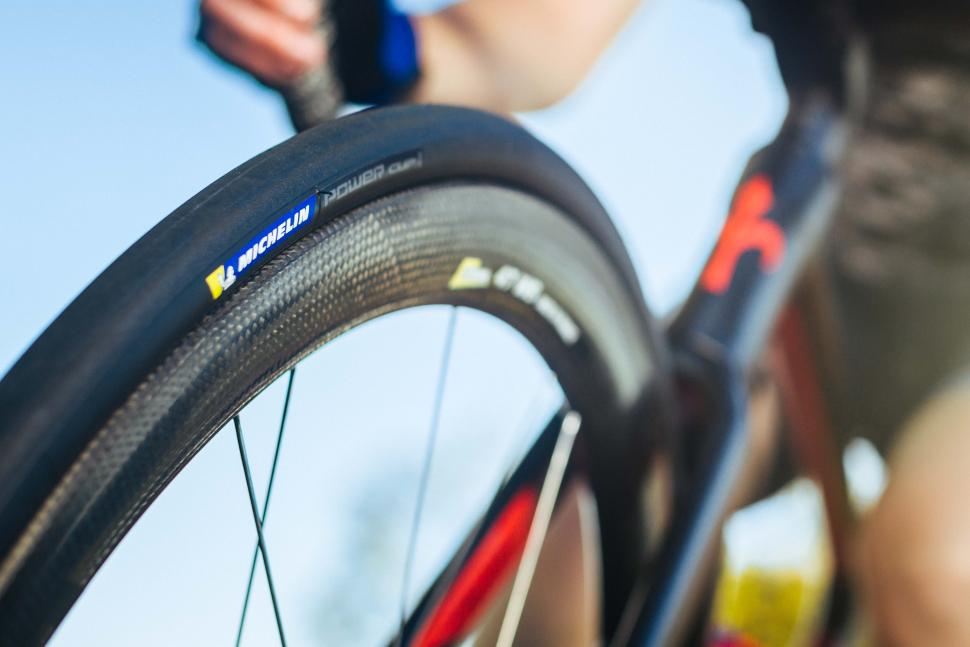 Independent testing for grip and puncture protection also found the Power Cup is competitive in the road race category, but not class-leading
by Anna Marie Hughes

Michelin has added three new tyres to its road racing range, with the new Power Cup offering lower rolling resistance than the current benchmark tyre in the road sector, according to independent testing organised by Michelin. The French tyre giants also said it offers "excellent" puncture resistance for its low weight and good wet weather grip especially when cornering - but it isn't class-leading in either of these areas. 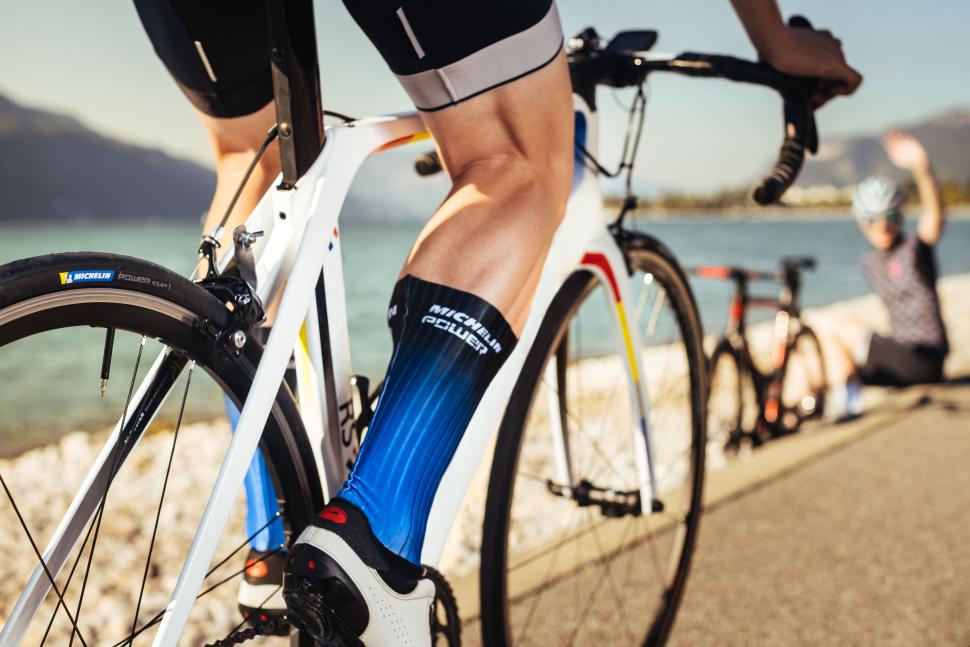 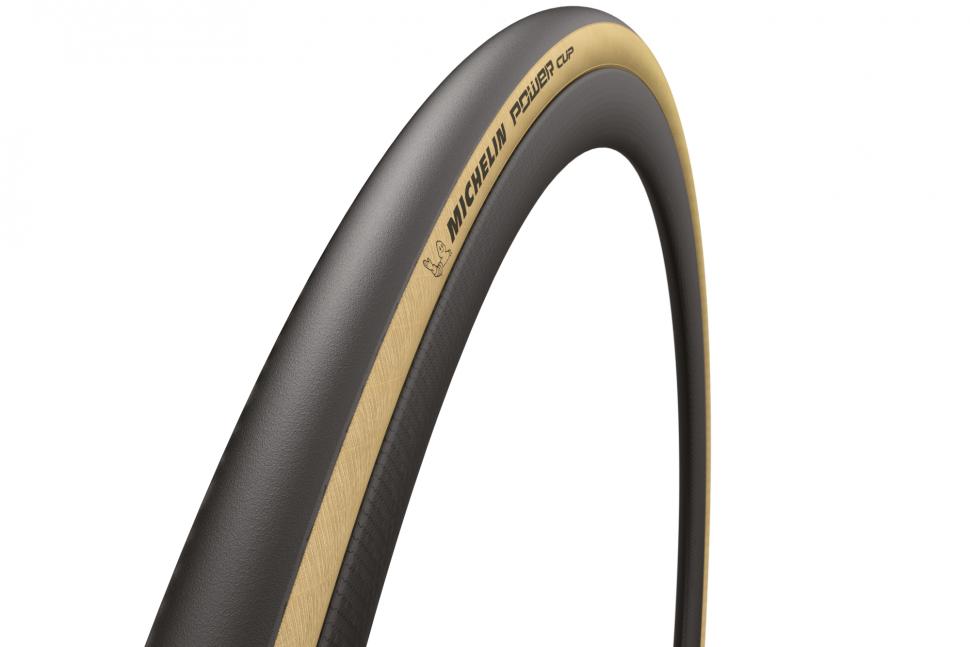 The tyres have been developed in conjunction with Team Cofidis, who have been racing these tyres since the start of the 2022 season and have already picked up four wins.

All three tyres use Michelin’s Gum-X compound that’s said to be inspired by the brand’s Moto GP technology. The tube type and tubeless versions have a 3x120 TPI casing (threads per inch), whereas the tubular version has a 2x160 TPI casing. 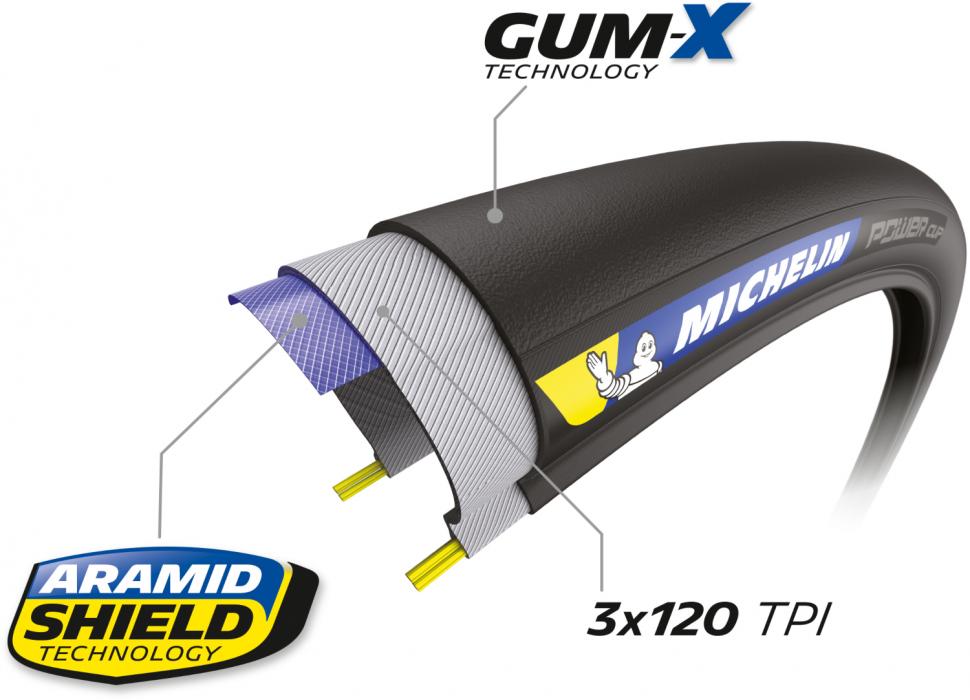 Each model is available in both Black and Classic sidewall versions, with a range of widths from 23mm to 30mm.

Michelin says that independent testing was carried out by tyre and engineering experts Wheel Energy, with the 25mm versions of Michelin Power Cup tyres tested against 25mm versions of key competitors “under strict standardised conditions”, comparing:

“These comprehensive tests showed the Michelin Power Cup to be the fastest tyre with the lowest rolling resistance of the tyres on test, whilst also delivering excellent levels of grip,” says Michelin. (Click all the following charts for larger versions.) 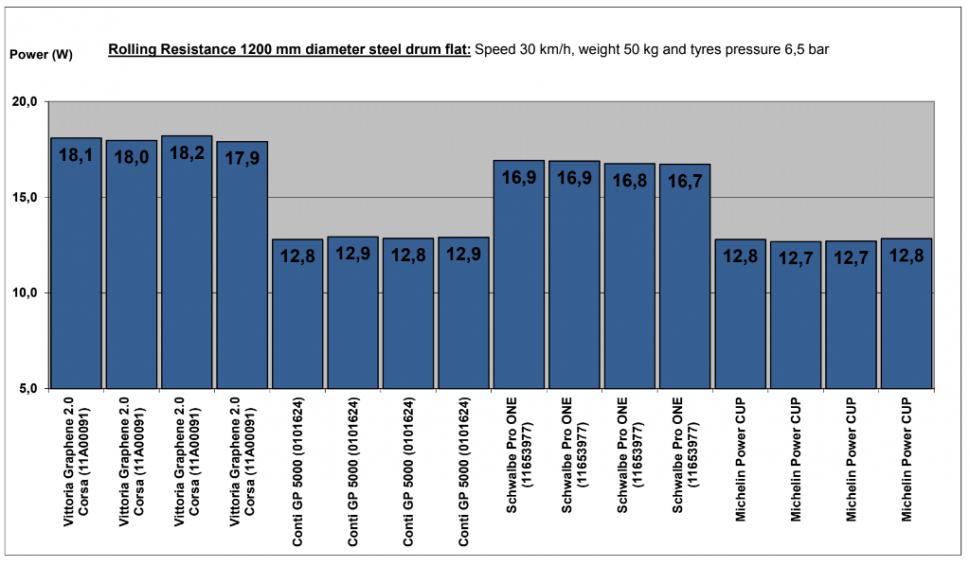 As you can see in the bar chart above the Michelin tyres require the fewest watts to travel at 30km/h.

In the test which aimed to determine braking performance in wet conditions, the Power Cups’ performance was in line with the competition. The higher the coefficient of friction, the more traction you’ll get from the tyre.

Wheel Energy also conducted a test which set out to determine grip when cornering in the wet. Here, the Power Cups were just behind the Vittoria's Graphene 2.0 Corsas, and performed significantly better than the Continental GP 5000s and Schwalbe Pro Ones. “Despite being the lightest of all the brands on test, the Michelin Power Cup tyres also demonstrated outstanding puncture resistance,” the brand points out. 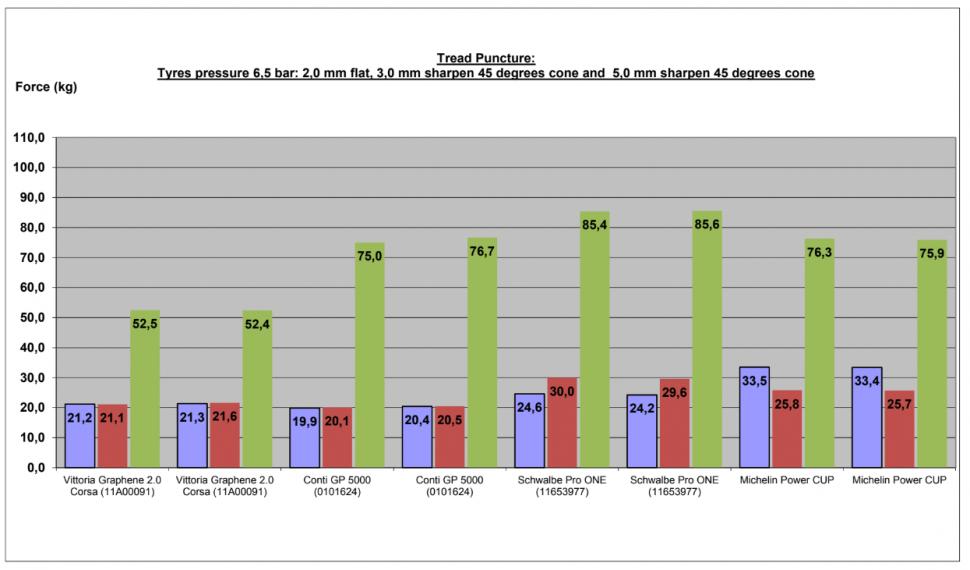 Sidewall puncture protection was also tested, with the Power Cups impressing across all puncture resistance tests, albeit not producing a class-leading performance.

The tube type Power Cup weighs in at a claimed weight of 200g for the 25mm width and the tubeless ready version weighs 255g (25mm width).