Promising a more discreet look than other phone holders, the Loop Mount is claimed to work with all major phones, holding them securely on “the bumpiest roads.”

We love a good Kickstarter project here at road.cc. The website has given us some genius ideas and some absolute flops along with regular indicators for bikes. The Loop Mount looks to be in the useful category with a neat solution for mounting your phone on the handlebar or stem without the need for a special phone case. When not in use, the Loop mount folds up, which the inventors say makes the Loop Mount more discreet than other phone holders. 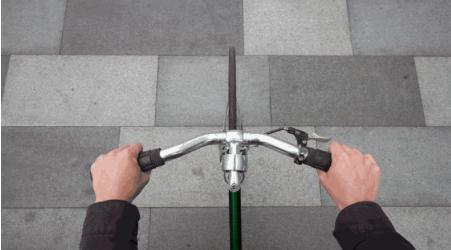 The Loop Mount is claimed to fit round handlebar sizes from 22.2mm to 31.8mm, though it also apparently “fits some round(ish) stems.” 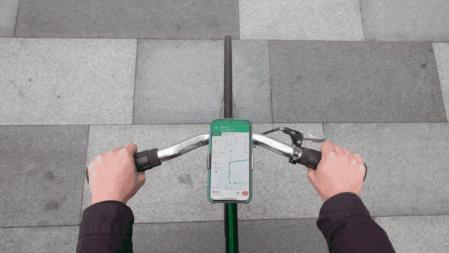 With any system that holds your phone, security is often a main concern. The Loop’s designers says that “industrial springs” have been used and they’ve done 200 hours of testing to ensure the system is “secure enough on the bumpiest roads.” Despite this, they don’t recommend off-road riding.

The Loop opens to 80mm which is claimed to be wide enough to take the iPhone 11 Pro Max. Samsung’s Galaxy Note 10 Plus is also compatible.

From the video posted on the Loop’s Kickstarter page, the clamps are designed to grip onto the sides of your phone, not the head and chin. As a result, mounting the phone on the handlebar will put your phone in landscape while mounting on the stem keeps things in portrait orientation.

Currently, you can pledge £29 and get a Loop Mount when they eventually start shipping in October.