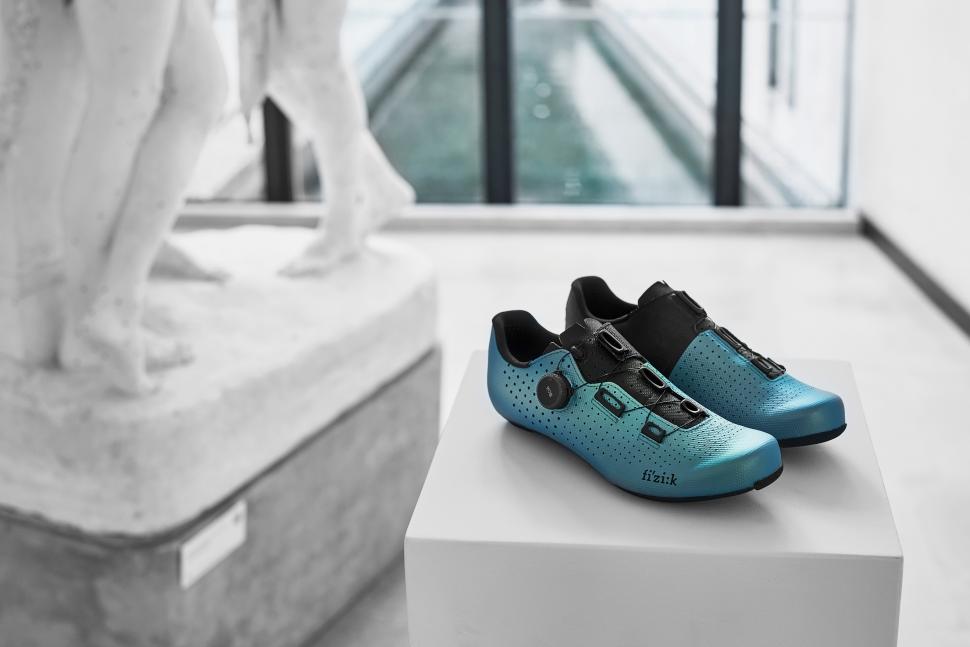 "A performance road shoe for riders outside of the demanding pro peloton."
by Liam Cahill

If you’re in the market for a comfortable, high-end road shoe that is suited to all-day riding then Fizik reckons its new Decos model should fit the bill. The shoe uses a single Boa Li2 dial, Fizik’s top-end R2 carbon sole and costs £279.

While Fizik’s latest designs have featured some pretty nifty tech, the Decos is a rather more simplistic affair. Fizik says that the shoe has been created for demanding roadies that aren’t filling their days with pro racing. Instead, Fizik says that “the new Decos epitomises our famed minimalist design at its finest.”

While the upper is certainly rather plain, flip the shoes over and there is an interesting detail to be found on the sole. Fizik is a brand that has long been associated with cleat drillings that sit quite far forward, but their range is gradually growing to include shoes with cleat holes that sit further back. A change here is significant as a rearwards cleat position is seen by many bike fitters as being key to reducing injury risk.

Fizik says that the position, which now features on Fizik’s shoes with the R2 carbon sole as well as the R4 Overcurve shoe, is a “modern and more aggressive rearward-positioned cleat track” which they suggest will lead to “optimised pedalling efficiency.”

The R2 carbon sole uses what Fizik describes as an “engineered carbon fibre layup” which is said to save weight while delivering increased stiffness. How stiff is the sole? Well, these shoes score a 10 on Fizik’s scale and that is comparable to Fizik’s top-end Vento Infinito Knit shoes. 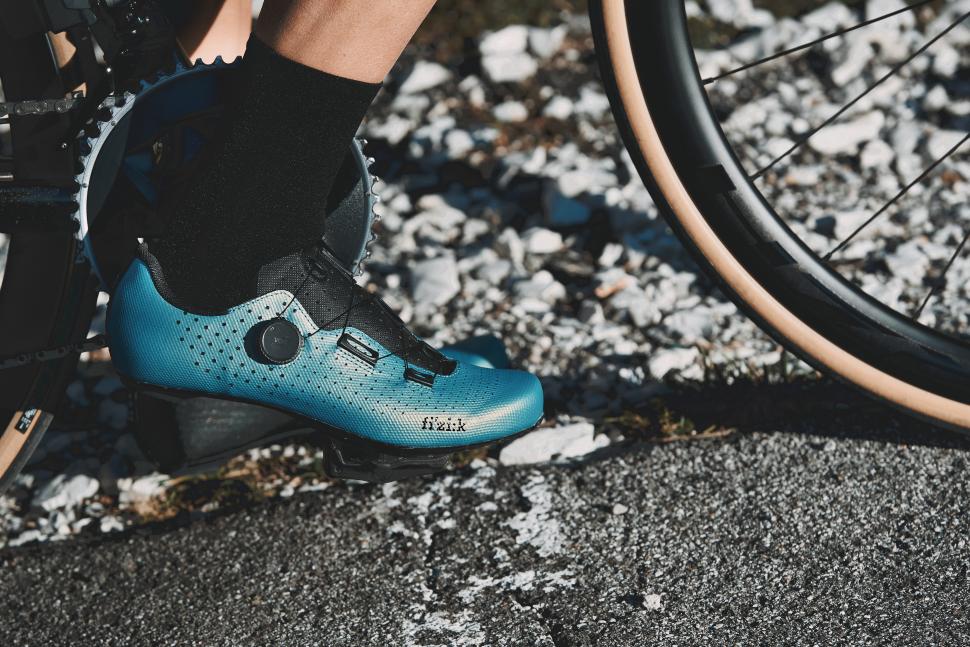 Away from the sole, the Decos uses a minimalist upper which is constructed from “resilient polyurethane-laminated material combined over a comfortable mesh,” which results, Fizik claims, “in reduced yield and providing long-lasting foot support where it’s needed most.”

The upper features numerous perforations across the top of the foot to aid ventilation in hot weather and the sole has a wide vent inlet and deep internal channelling to provide cooling airflow under the foot. 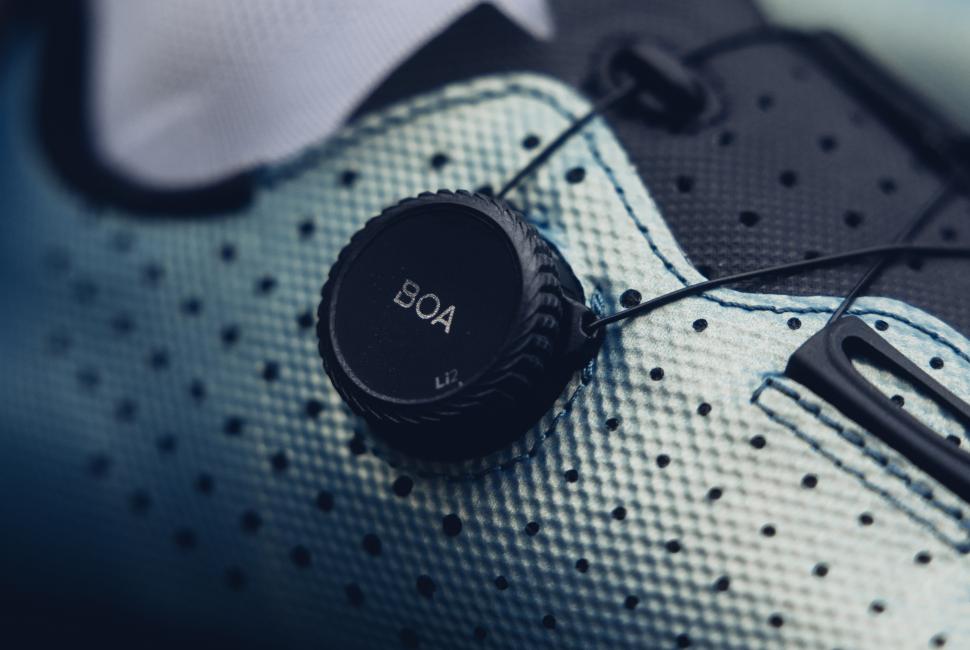 Boa’s Li2 dial has been chosen, Fizik says, as it features a “smaller diameter and a reduced stack height.”

The Li2 dial is also bi-directional, offering incremental micro-adjustability which Fizik claims “provides the rider with a fast, effortless and precise fit.”

We’ve used the Boa Li2 dial on a number of shoes from rival brands and we have been suitably impressed with their retention and adjustability.

The shoes are available in black, white, purple or iridescent blue if you’re feeling a bit jazzy. Sizes range from 36 to 48 with 37 to 47 also available in half sizes and wide versions. The shoes have a claimed weight of 228g each, though we’re not sure which size Fizik is referencing here.