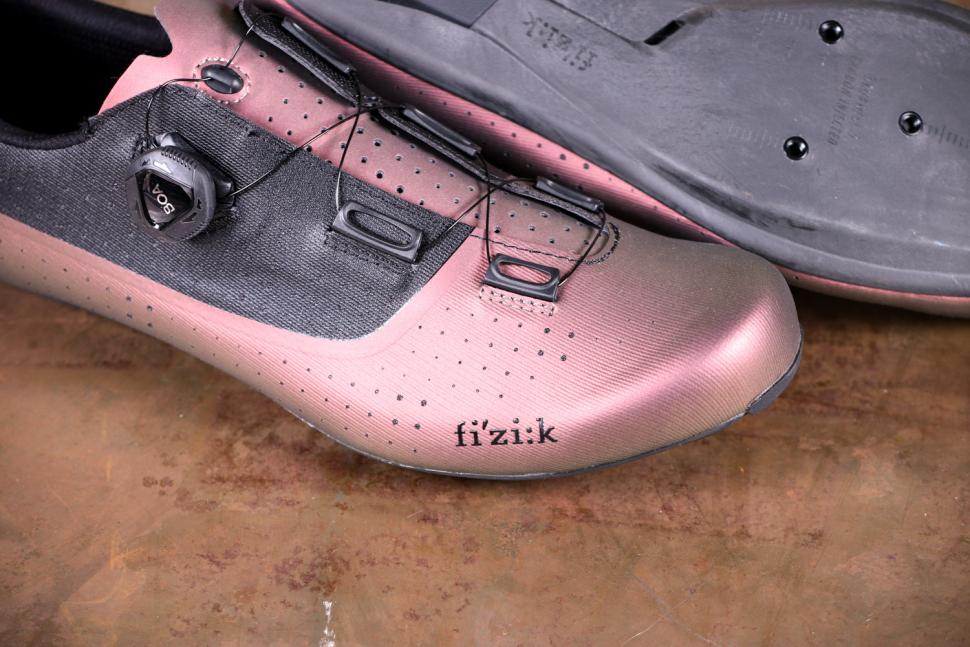 Some more of the best bikes, gear and clothing we're testing at the moment, with full reviews coming soon...
by Jack Sexty

Those nights are drawing in, but the sun is (mostly) still shining so we're still getting plenty of miles in. Here's the best of the gear we've been testing on our sunny yet slightly chilly rides recently... 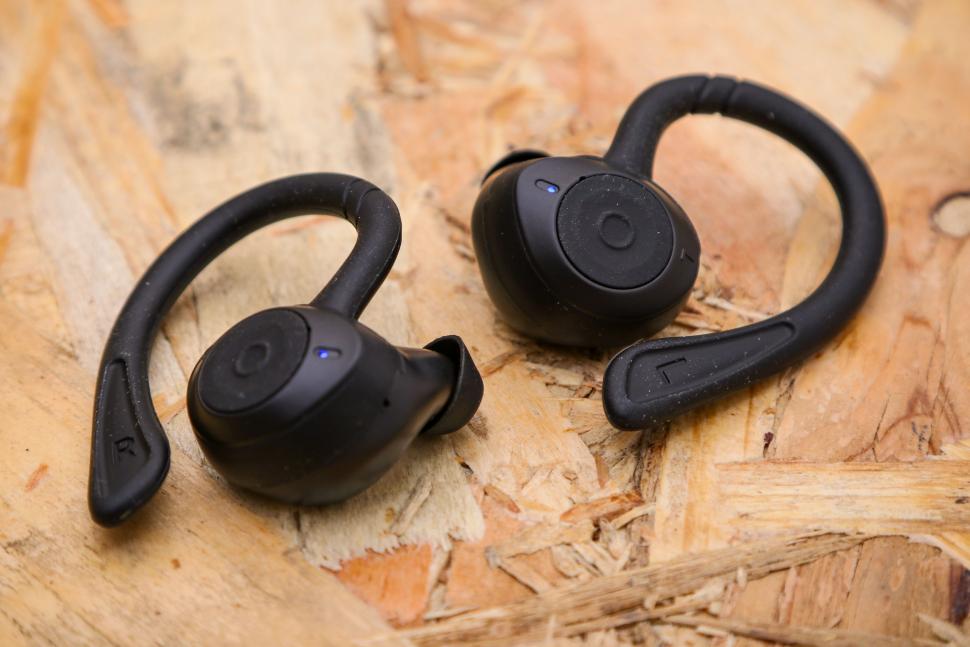 Need to keep the noise down on your turbo sessions? These nifty little earbuds could be for you. Holyhigh say the split-type earhook "eliminates" the worry of them falling out during your workout, and they claim the sound is powerful and balanced. IPX7 waterproofing means you can sweat to your heart's content, and smart bluetooth pairing means they will automatically reconnect to the last connected device to remove some pre-workout technological faff. They last around six hours on a single charge, and they can also self-charge in the case for a total of 36 hours (when the case itself is fully charged). Headphone heaven? Stef Marazzi's review is coming soon...
amazon.co.uk 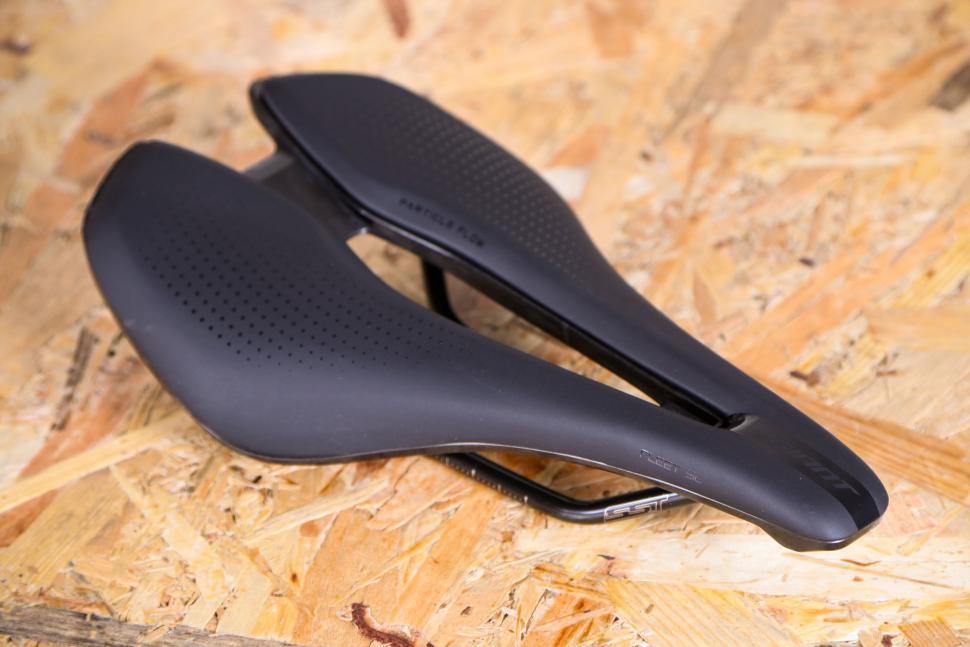 Giant's range of high-end accessories has grown considerably in recent years, as used by CCC Team at World Tour level. The Fleet SL is a new male-specific elite performance saddle, and is bang on trend with a central cut-out and a short nose design. Weighing 221g, it has lightweight alloy rails and Giant's Rebound foam to provide high elasticity and "ultimate support", according to Giant. The refine curve at the sides is designed to promote ideal pedalling efficiency without wasting effort shuffling around in the saddle, and Giant's "Particle Flow Technology" should help to take pressure away from the pelvis and reduce numbness. Is it Liam Cahill's perfect perch? The test report is coming later this month.
giant-bicycles.com 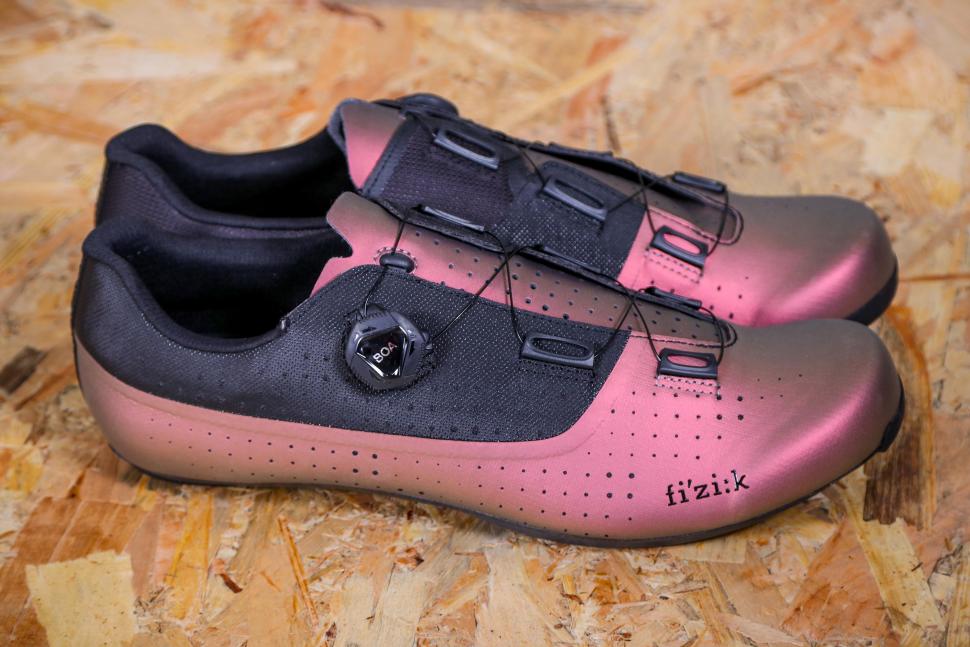 These performance shoes have a fairly garish iridescent colourway (you can get them in black also) and have an asymmetrical construction that Fizik say should "ergonomically conform to the foot's anatomy". A polyurethane-laminated material is combined over a comfortable mesh, that Fizik say will lead to reduced energy losses and more foot support when you need it most. A BOA IP1 dial provides closure, and a staggered collar wraps around the ankle to mimic the natural alignment of your ankles two protrusions (the lateral and medial malleoli). This, paired with the throat of the shoe that curves over the foot from its outside to its inner side, should provide a more secure fit than your average, according to Fizik. Is Dave Atkinson still getting a kick out of them after a lengthy test period? Find out in a couple of weeks.
extrauk.co.uk This jacket is described as warm and weather resistant, and is covered in reflective dots for extra visibility from all angles. Craft say it's designed to be ergonomic for an ideal fit in the riding position, with highly elastic sleeves and a silicone-printed gripper at the back to keep the jacket in place. Three back pockets with one featuring a zip should be enough to keep plenty of supplies, and breathability has been considered with a brushed thermal polyester construction and some ventilation on the sleeves. Jamie Williams is currently waiting for the temperatures to plunge before delivering his verdict.
craftsportswear.co.uk Pirelli's successful return to cycling has now seen them dabble in rubber for pretty much all cycling disciplines, and now their popular P Zero road racing tyres are available with tubeless tech. It's described as an all-rounder, with Pirelli claiming their TechWALL+ Road carcass should reduce your chance of flatting without affecting the weight of the tyre. Grip is enhanced with their SmartEVO Compound, that Pirelli say will improve grip in the wet and the dry compared to their previous compounds. The tread pattern is influenced by several seasons-worth of R+D to find out which pattern will "enhance the behaviour of the bicycle" in all weather conditions; and although some people/brands think tread patterns don't make a jot of difference, Pirelli say the one on the P Zero Race TLR makes for the best all-round grippiness in a wide range of conditions. The full review is coming early next month...
velo.pirelli.com