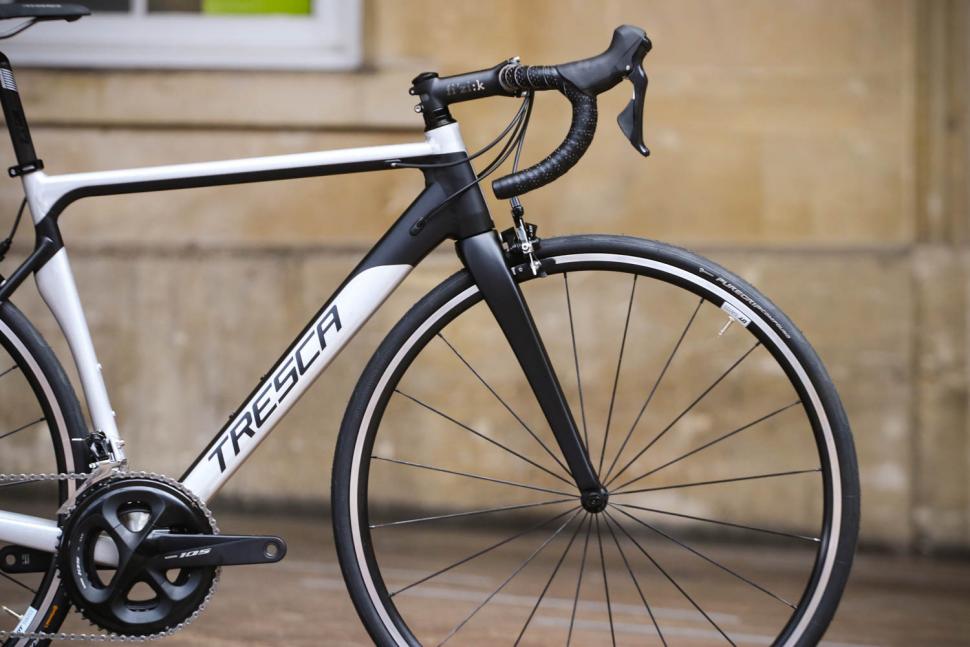 Tresca say they want to "bring high-end bikes to the mass market at a competitive price-point by optimising its supply chain", and aim to open an assembly plant in London
by Jack Sexty

Ambitious British bike brand Tresca have launched a campaign on the equity crowdfunding site Crowdcube to finance the opening of a production and assembly plant in London.

With just the aluminium-framed TCA-1 rim brake bike available at the moment (you can read our review of it above, and also see it bagged 4th place in our 2019 Road Bike of Year Awards recently), Tresca also want to use the funds to develop new products including a disc brake model. While funding from future customers via Kickstarter and Indiegogo has become commonplace with fledgling tech brands, equity crowdfunding is a slightly more unusual route, as is producing and assembling all bikes in the UK rather than going abroad. Tresca say their business model is inspired by Dell computers, selling direct to the consumer to cut costs.

Tresca say on their Crowdcube page: "The bike market is worth over $54bn globally, and in 2018 the UK market was worth £925m; approximately 25% of which come from road bike sales.

"The premium bike market average spend on bikes rose over the last five years. With this and governmental push for green transport, there is a space Tresca is well placed to exploit. Selling direct-to-consumer, Tresca has the potential to ship to over 200 countries worldwide, targeting the lucrative global bike market."

Investors are eligible for tax reliefs where they can claim up to 50% of invested money back from the government.

Tresca also aim to design a "radically novel urban speed machine", invest in grassroots racing and build an elite racing team. Their existing TCA-1 has a racey aluminium frameset, equipped with Shimano's 105 groupset and priced at an accessible £1,600. The aluminium frame has a double butted top tube and triple butted downtube with a wide section gusset for improved handling, which Tresca claims "pushes the boundaries of what is possible for an aluminium frame."

Tresca have raised just £3,230 from seven investors with a target of £200,000 at the time of writing, with six days left of their 'hidden' campaign left to go (only viewable if you have the url) before it gets posted for the general public to view on Crowdcube. The company also has a £1 million pre-money evaluation. You can find Tresca on Crowdcube here.