Check out the two new aluminium models
by Mat Brett
7

Britain's Bowman Cycles has unveiled a disc brake version of its Palace aluminium road bike, along with a new model called the Weald – also aluminium – that replaces the Pilgrims Disc endurance bike.

Go to our review of the rim brake Bowman Palace:R The Palace 3 is the first disc-brake version of this aluminium race bike, rim brake models having been launched in 2014 and 2017. "The Palace 3 is Our Go-To Speed machine, perfect for racing crits, descending your favourite local back road, chasing KOMs or outsprinting your friends for the town sign," says Bowman.

The new frameset features the geometry of the rim brake model – praised by reviewer Stu – but the 6069-T6 aluminium alloy tubeset has been updated and the full-carbon fork has been slimmed down.

The Palace 3 frameset is available in six sizes at a price of £845.

The Weald (main pic, above) is made from 6069-T6 aluminium too, although it's a very different bike. "The Weald is ready for long day rides through to nights away, right up to the most inspired of long-distance adventures," says Bowman. It takes over from where the Pilgrims Disc left off as an endurance bike, so the geometry is more relaxed than that of the Palace 3 (above), a slightly longer head tube putting you into a more long distance-friendly riding position. It comes with clearance for tyres up to 32mm wide and you get a full set of mudguard mounts. The CNCed head tube is an unusual size, housing a 1in upper bearing, flaring out to 1 1/2in at the bottom. Bowman says it has chosen this configuration to reduce weight while maintaining front end stiffness. The fork is full-carbon and, like the frame, it takes a flat mount disc brake and a 12mm thru axle. 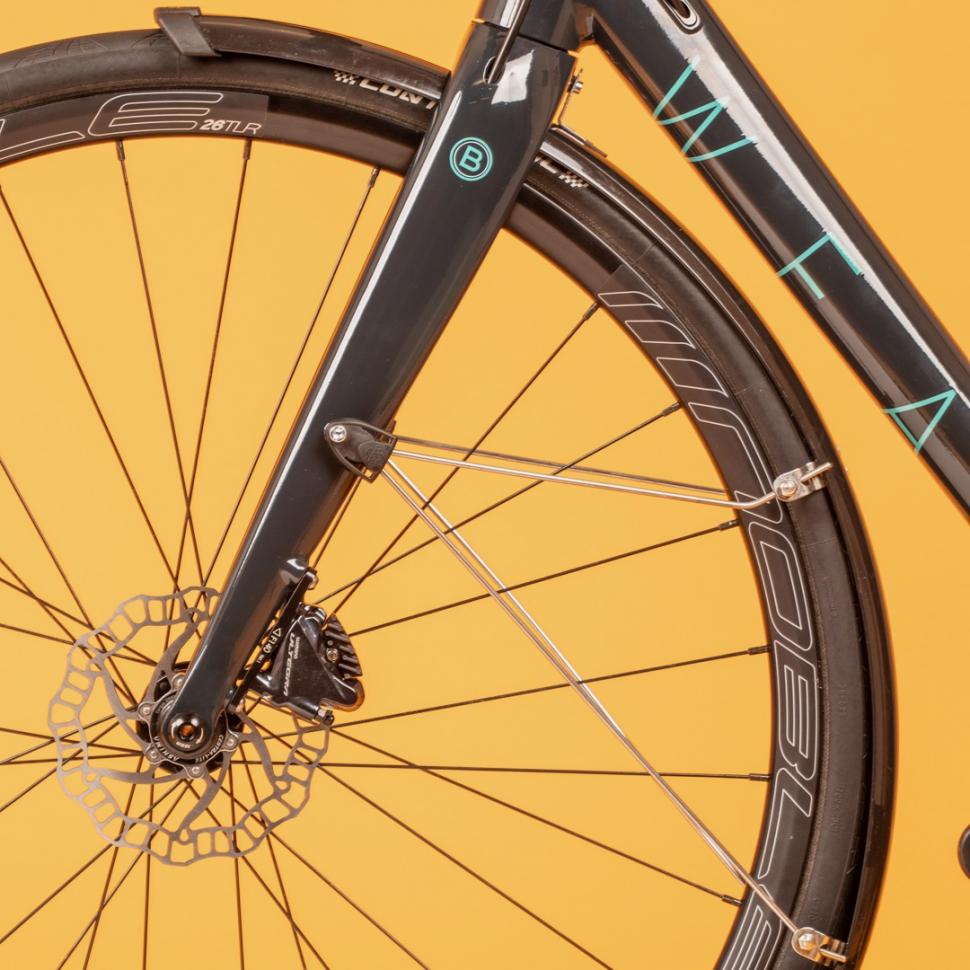 The Weald frameset shares a price with the Palace 3: £845.

For more info head over to bowman-cycles.com.

1
Near Miss of the Day 362: Punishment pass while beeping horn
2
Parcours launch the Strade 'next generation' aero wheelset, with different rim profiles for front and rear wheels
3
Cyclist seriously injured at New Forest crossroads highlighted as blackspot after two riders were killed
4
“Lucky to walk away alive” – cyclist hit by driver who fell asleep (+ graphic video)
5
Chapter2’s new AO gravel and adventure bike launched
6
Near Miss of the Day 361: "Why go in front of me?"
7
The bicycle is the future of urban mobility, predicts Deloitte report
8
Chris Froome to return to racing at UAE Tour next month