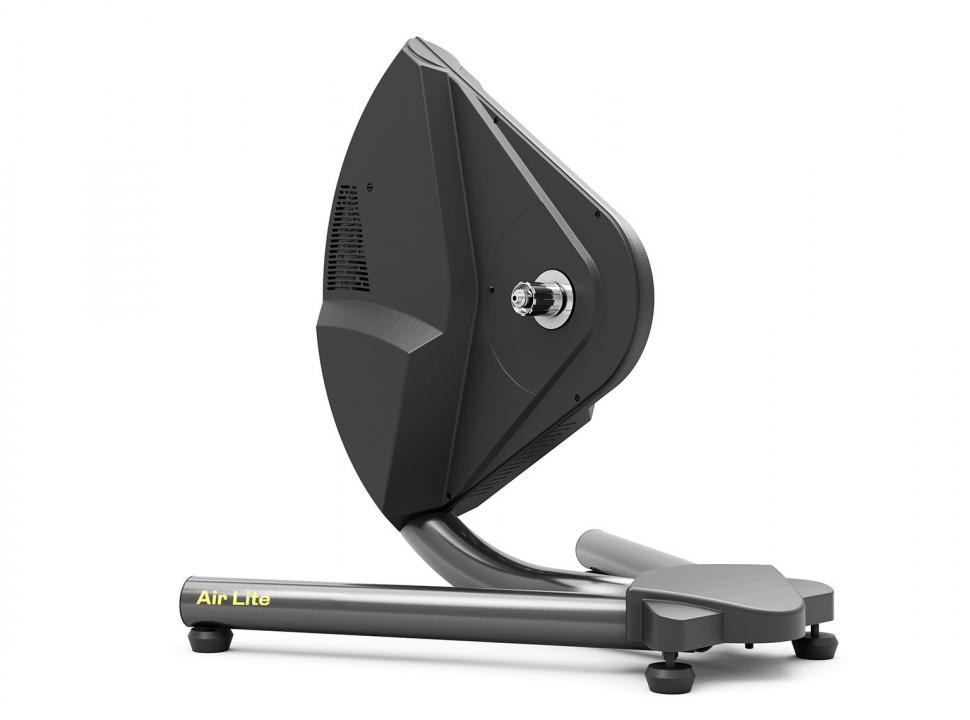 Bkool has a new direct drive smart trainer called the Smart Air Lite that allows you to ride in the brand's own virtual world as well as on Zwift, TrainerRoad and other third-party platforms. Priced £750, it is considerably cheaper than the existing Smart Air.

As the name suggests, the Smart Air Lite is essentially – you'll never guess! – a lighter weight and slightly scaled down version of the Bkool Smart Air Trainer that Dave reviewed back in the summer (which was £1,099 at the time but is now down to £999). 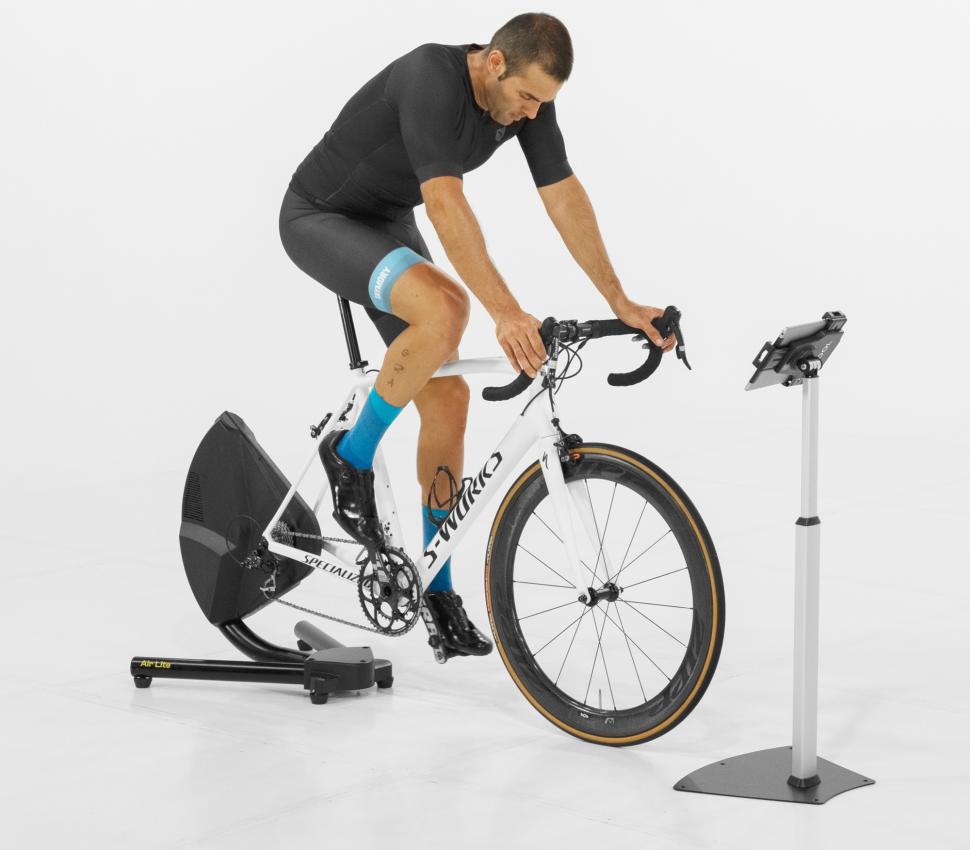 The claimed weight of the Smart Air Lite isn't actually very different from that of the Smart Air – 23kg versus 24kg – but it's considerably smaller – 56cm high, 58cm wide and 69cm long – in use. You can fold the legs inwards so that the unit is very narrow for easy storage.

When we say 'scaled back', the Bkool Smart Air Lite is capable of generating up to 2,000W of resistance while the Bkool Smart Air provides up to 3,000W. Either way, it's enough for pretty much everyone. Bkool says the Smart Air Lite can simulate gradients of up to 20% and speeds of more than 70 km/h (43mph), and that its power measurement system provides data with a margin of error of less than 3%.

Another welcome feature is that it's extremely quiet in use. We had the chance for a quick ride in the road.cc office and there was little noise other than that of the bike's drivetrain. 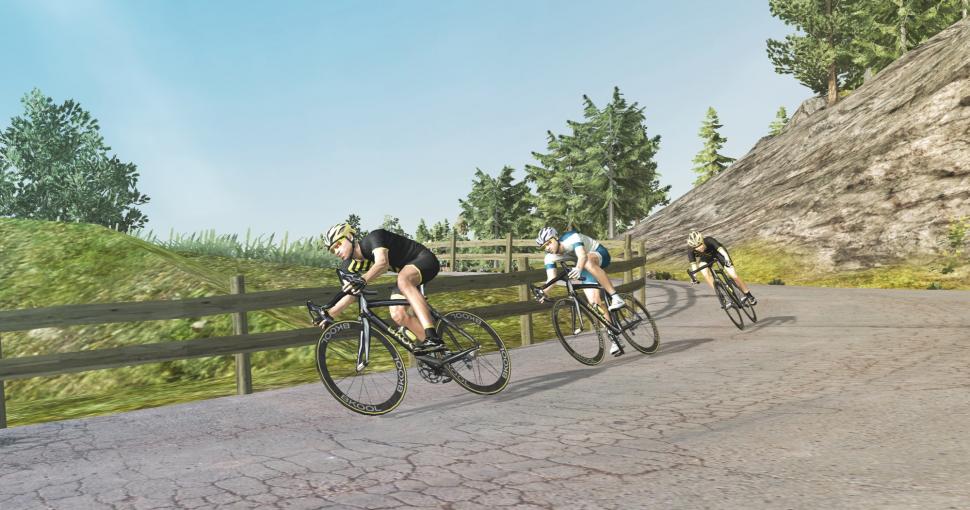 The Smart Air Lite includes a free subscription to the Bkool Cycling Simulator (a Bkool Premium subscription is usually €9.99 per month or €96 per year). Bkool has updated its online offering and navigation is far more intuitive than previously. Bkool provides many routes that you can ride (the resistance of the unit altering automatically to match the terrain) as either a 3D rendering, a video or a map view. You can swap between these modes as you go with a push of a button and you can have a course profile overlaid onto these visuals. 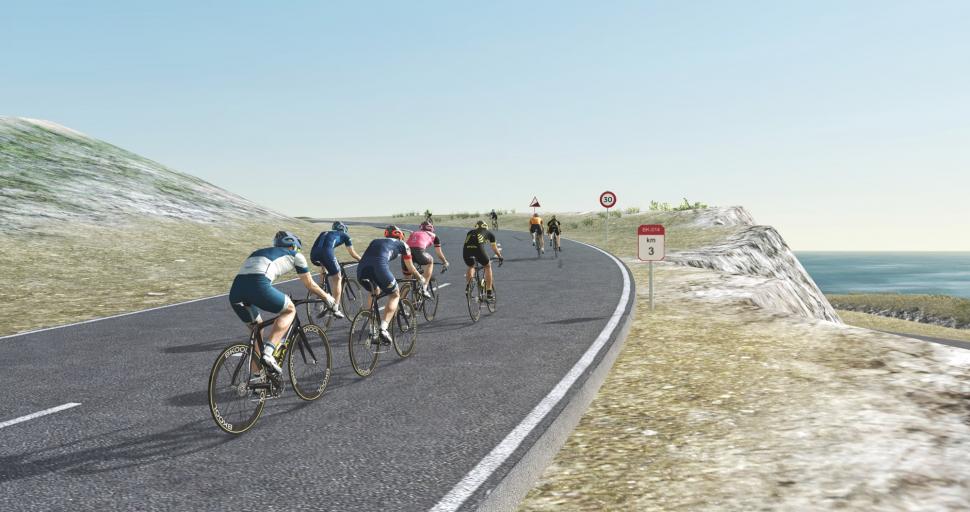 Users can also upload their own routes and videos for everyone else to use (Bkool needs to approve videos to check that they're of a sufficiently high quality). One of the best features is that the Bkool system can automatically produce a 3D rendering of any route as long as the uploaded GPX file is complete. The software takes the data from your file and compares it to NASA data to create the 3D courses. 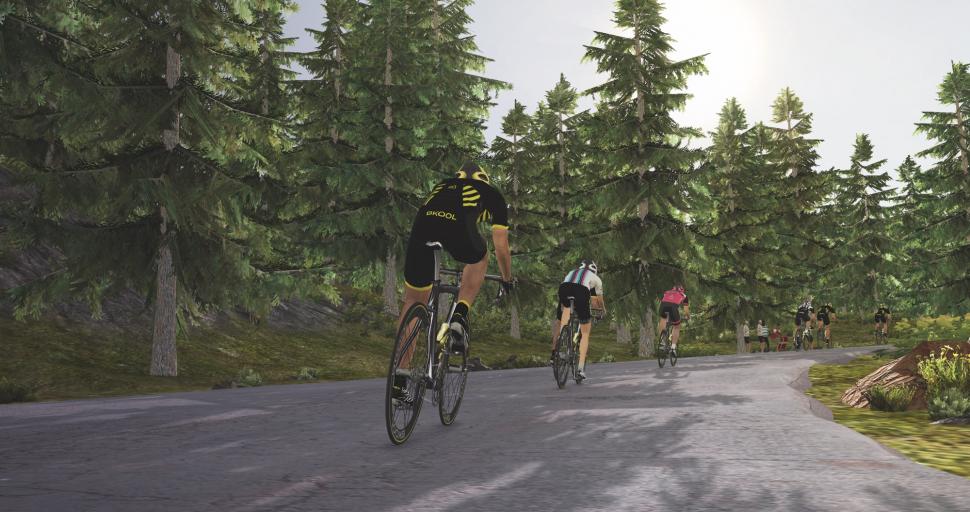 So, for example, if you have an important event coming up you could go and pre-ride the course, upload the GPX data onto Bkool's system and then ride it virtually as often as you like at home in preparation. If you can get hold of a GPX file of the relevant course online – from Strava, for example – you needn't even ride it in the real world first.

The prices of Bkool's lower end trainers have also been reduced. The Smart Go 2 is now £320 while the Smart Pro 3, which is quieter than previously with improved power estimation, is £420.

We should be starting our review of the Bkool Smart Air Lite trainer in the next couple of weeks.