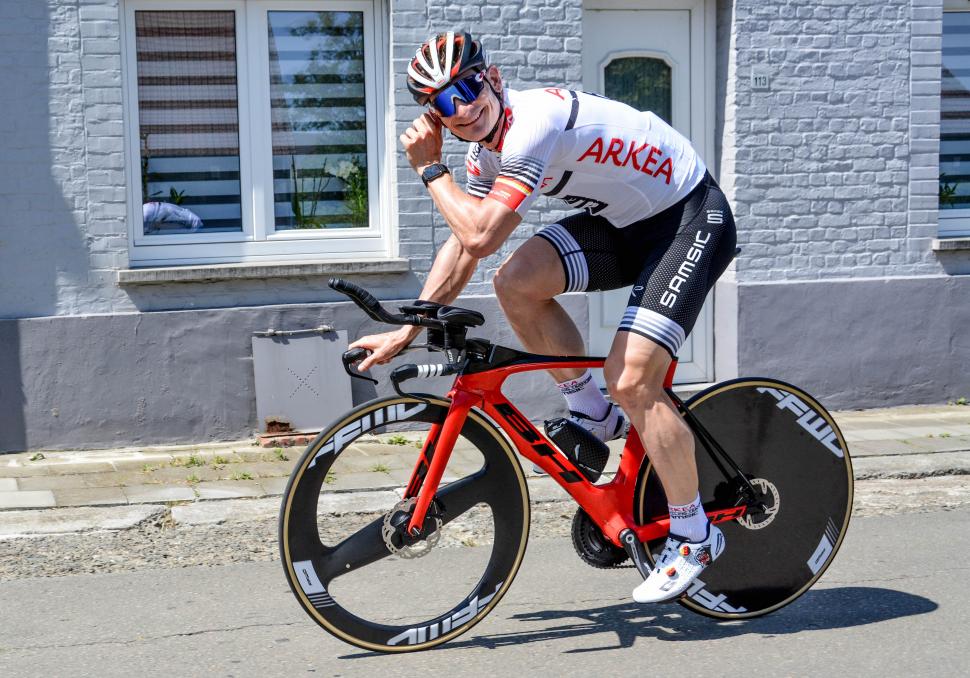 We get to see some radical and occasionally downright unusual equipment being rolled out for the time trial, and the 27km individual on Friday in this year’s Tour de France will be no different, as FFWD breaks out its stunning 2-spoke wheel with the Total Direct Energie and Arkea-Samic teams.

We first saw the Falcon wheel when it was being shown at last year’s Eurobike show as a prototype. Back then it was still conducting wind tunnel testing, and more recently it has been tested by the two Tour teams it supplies wheels to. And we presume the UCI is happy with it. 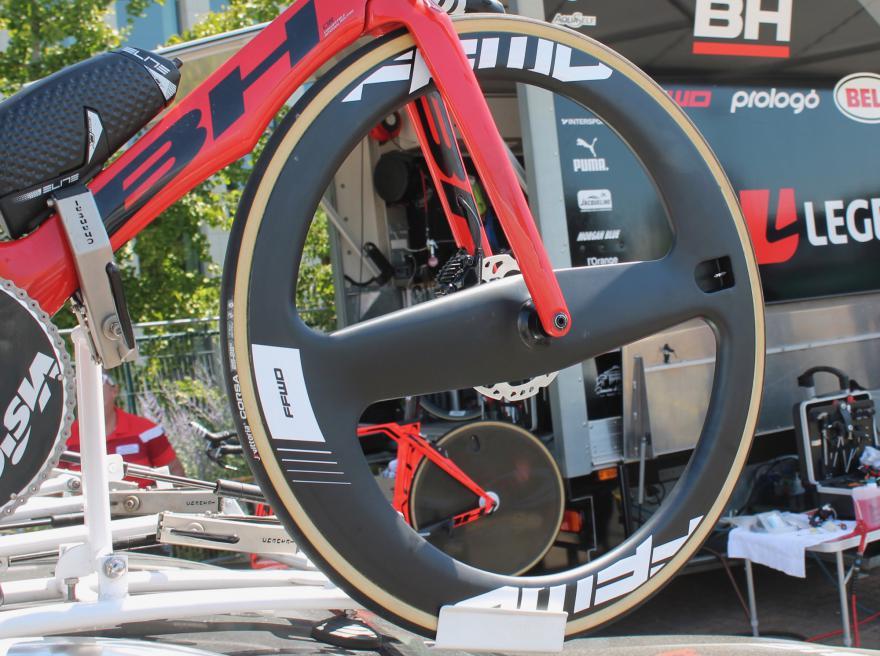 The wheel is unique in having just two spokes. They’re shaped using NACA airfoil profiles. The rim also has varying depths from 48mm at the shallowest to 90mm at the tallest. These two features combine to produce “minimal drag at the tip-off point of the wheel” according to the company.

FFWD claims in its testing that between 0 and 10 degrees of yaw angle, the Falcon outperforms rival front wheels with up to a 9 watt saving. To reiterate, these are their claims, not ours. It also doesn’t much of its testing data, other than some wind tunnel pictures that appear to show the Falcon producing less turbulent air than a three-spoke and disc wheel. It doesn’t tell us the speed at which the testing was conducted nor which rival wheels it used. 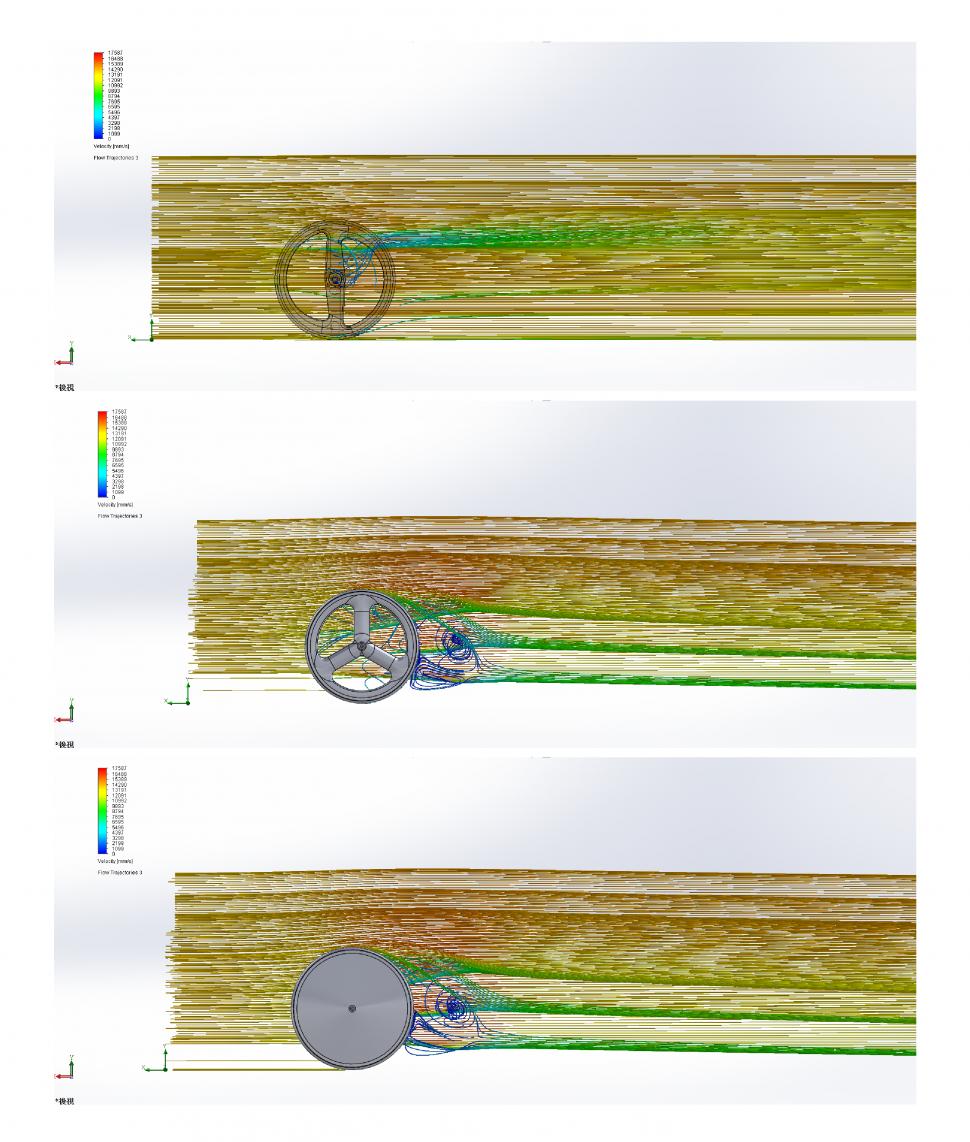 A bit of digging around on the internet finds the 2-Spoke, a dutch company that appears to have either originally developed this wheel which FFWD has then taken over, or it’s just very similar. There’s some interesting aero data on there that is worth a look.

Funny looking wheels with few spokes are nothing new. The pursuit of aerodynamics has seen many wheel designs trialled over the years, since the 80s when aero really started to impact the pro cycling scene. Much of the development was thanks to carbon fibre, which allowed designers to move away from the traditional 28 metal spokes to more exotic and daring designs. Graham Obree famously used a Specialized branded three-spoke front wheel to brake the hour record. Chris Boardman went two better, using a Mavic five-spoke carbon wheel for his hour record attempt. And let’s not forget the iconic Spinergy (swiftly banned by the UCI) and Spin wheels too that were popular for a time. 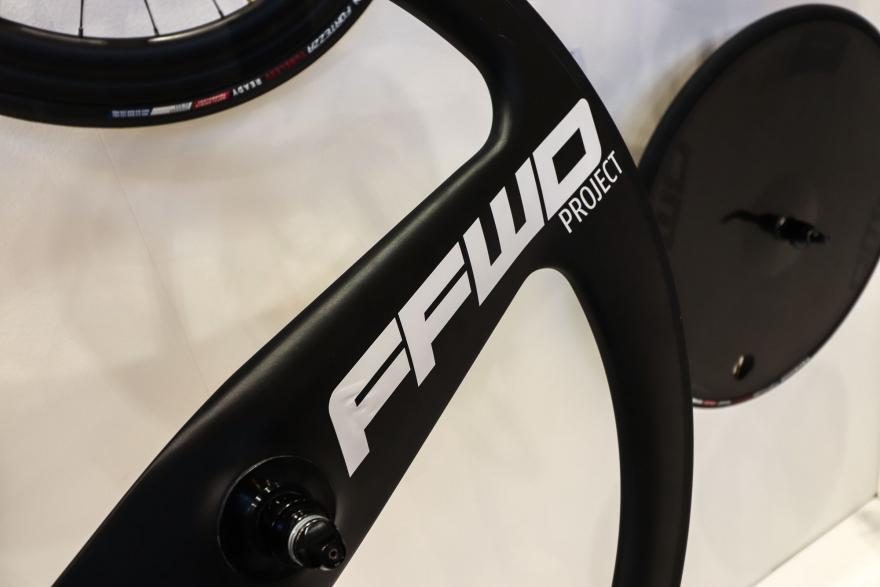 The wheel is made from a combination of Toray 800 and 1000 carbon fibre. It’s available in tubular and clincher versions and rim or disc brakes. The rim is wide to suit the trend for wider tyres. There’ll also be a track wheel too.

And you’ll be able to buy this wheel soon, it goes on sale in September with a price of €1,899. The wheel will debut in the Tour de France time trial on Friday.