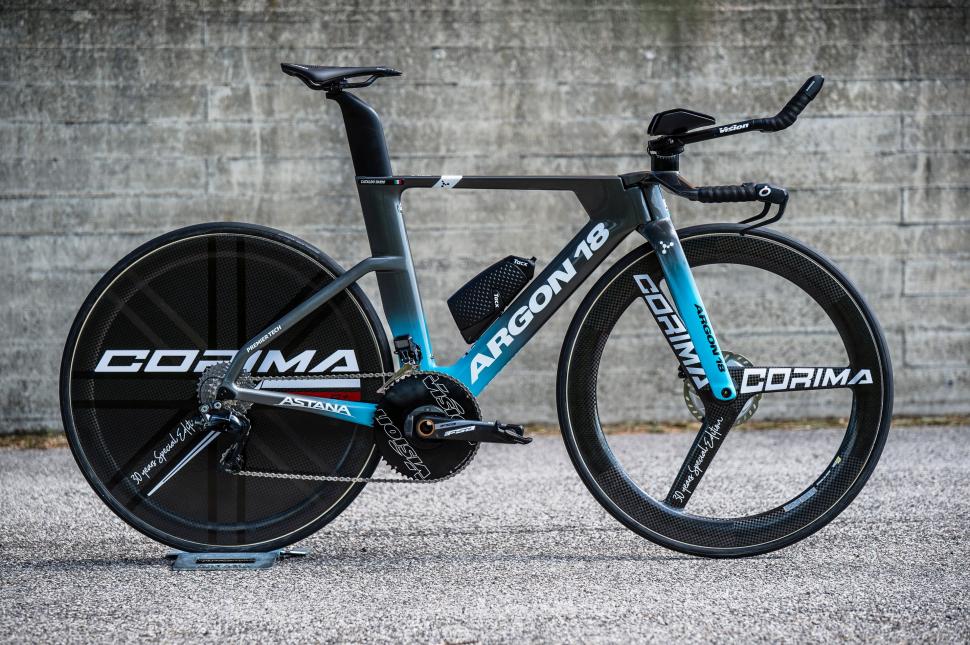 Canadian bike brand and sponsor of the Astana Pro Team used the Giro d’Italia opening stage prologue to unveil its brand new time trial bike and among the changes to the updates E-118 Pro is a switch to disc brakes with “riders gaining average of 8 to 10 watts at 50 km/h compared to their previous bike,” claims the company.

The bike company says the sponsorship of Astana is more than just a marketing opportunity, that working with the team gives it the sort of feedback it needs to push itself to provide the best bikes that will hopefully make a difference in the toughest races. 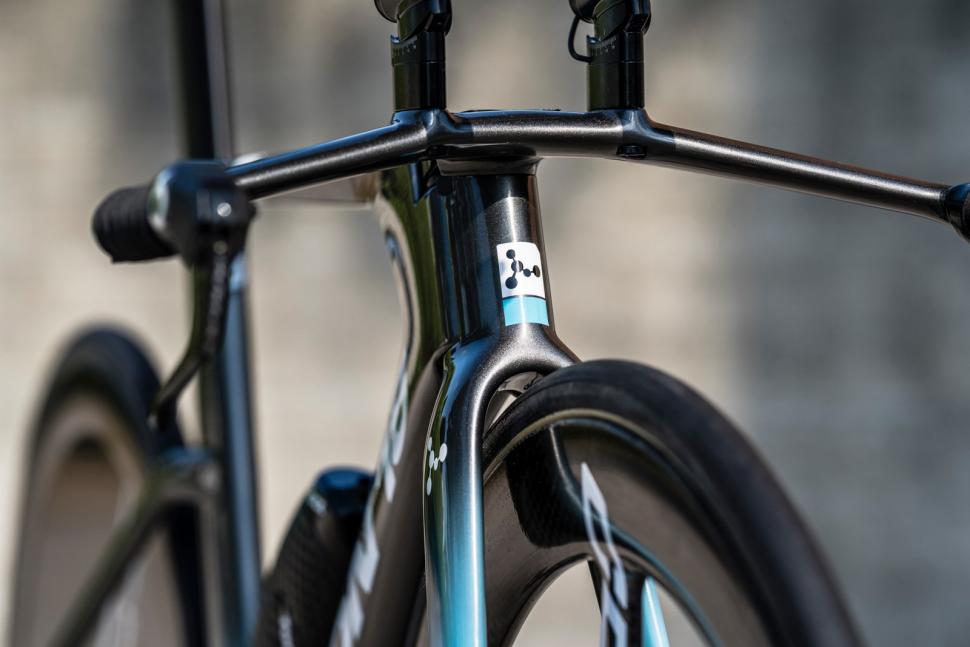 Design on the new bike started a year ago when apparently Astana requested Argon 18 refine the current time trial bike with a focus on shedding weight, more aggressive riding positions and of course, improved aerodynamic performance.

Argon 18 says the result of computer simulations and taking onboard feedback from the Astana pros has produced a bike that gained riders an “average of 8 to 10 watts at 50 km/h compared to their previous bike, the E-118 Next.” 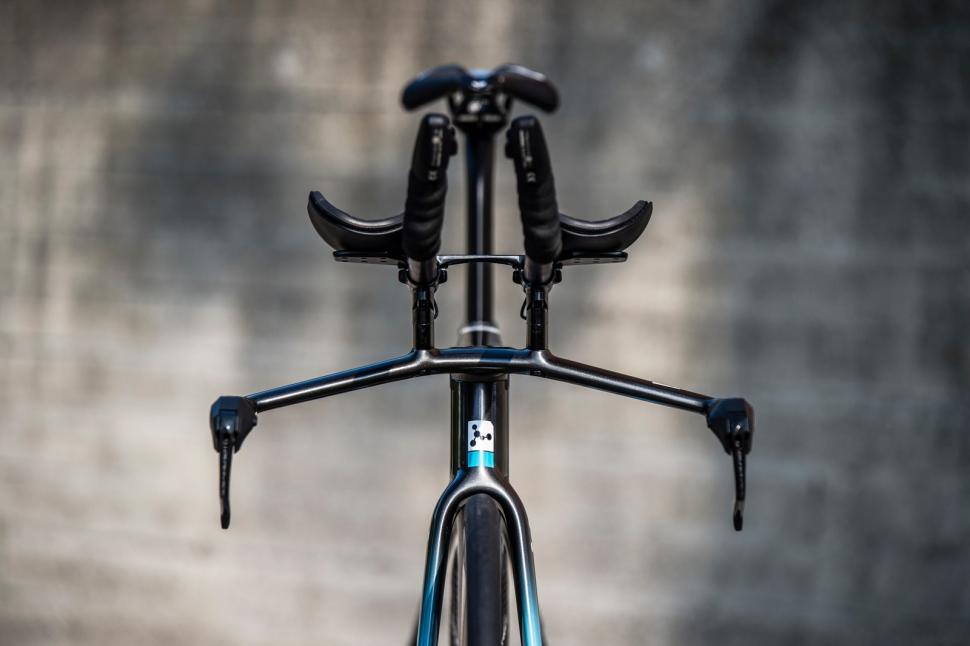 It doesn’t give much detail on its testing data, but Astana pro Gorka Izagirre sounded impressed following an early test.

He said: “After going to the velodrome to test the new TT bike and going out on the road in real conditions, I could feel a clear advantage using the new bike. The course we used on the road was not totally flat, because we wanted to test cornering, accelerations, handling among other things. I like the E-118 Pro a lot. I am more stable, have better accelerations and cornering, and feel faster overall.” 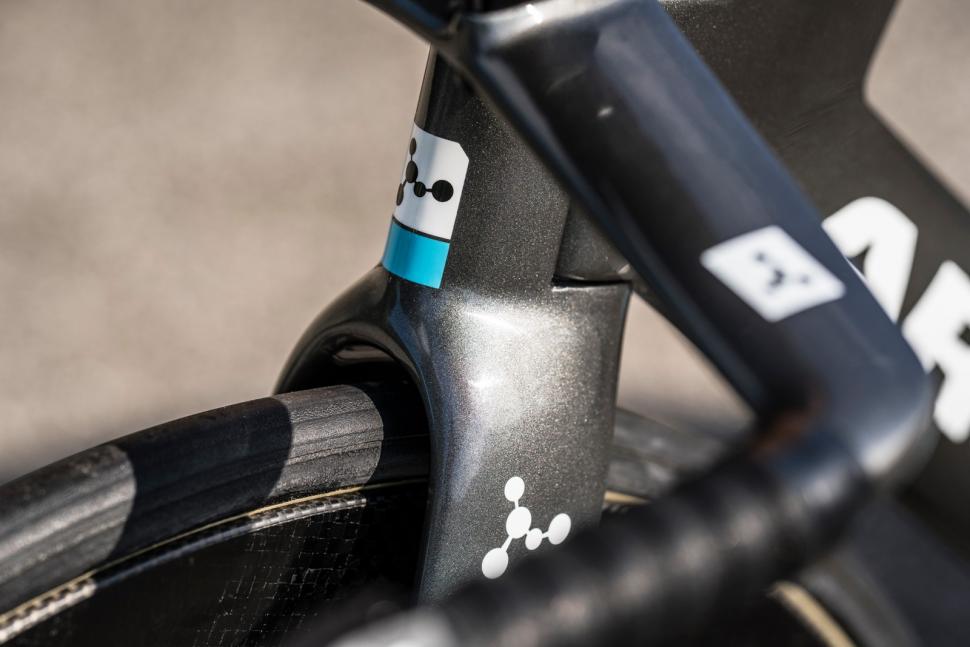 Visually the new bike is very similar to the old model. There’s the same hinged fork design that integrates the stem into the top tube. The rear stays are still dropped but there’s a larger step at the seat tube and a kink near the dropouts to clear the disc brake caliper. The surfaces have all been cleaned up with fewer ridges and curves, and there’s a brand new fork. Disc brakes utilise 12mm thru-axles and flat mount calipers, with all cables and hoses internally routed. A big focus was on reducing the frontal surface area, so critical to reducing drag, so there’s a brand new handlebar and stem which not only results in reduced drag but also provides a larger fit window. There are new armrest cups and pads to better secure the forearms on the extension bars.

The larger fit window better accommodates smaller riders, as Miguel Angel Lopez, leader of Astana Pro Team at the Giro, says. “I have been using the E-118 Pro in Colombia during a few training sessions and quickly noticed the improvements. The new bike is much more comfortable and steering the bike is also easier in the descents. I am happy that the bike offers a better fit window for smaller riders like myself, especially with the cockpit, it allows me to get in a better aero position. Now, I am waiting for the start of this Giro d’Italia with great interest and impatience!” 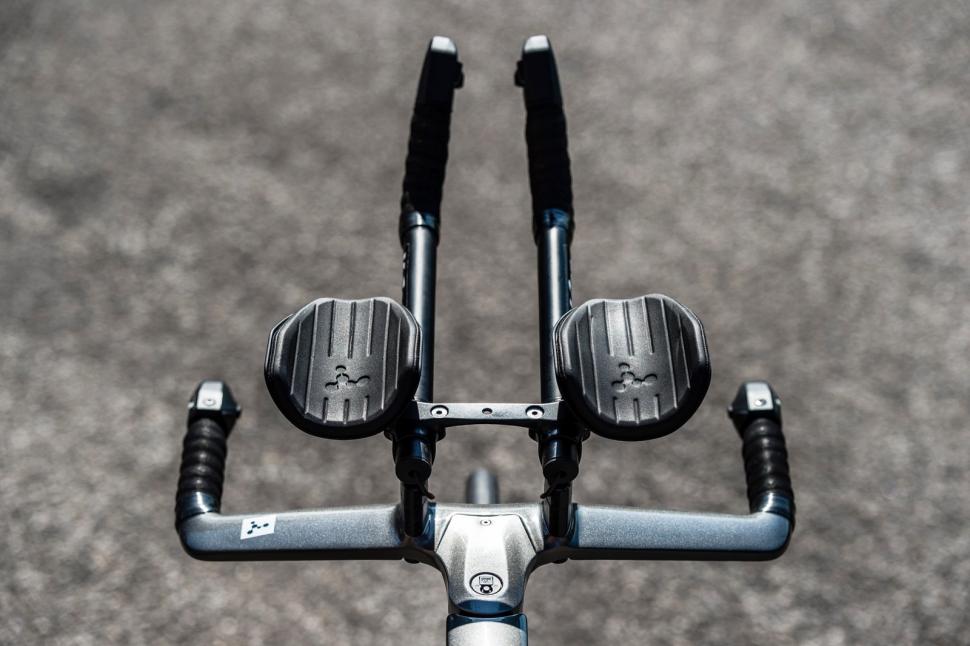 The new bike is designed entirely around disc brakes, it says it was able to integrate them into the new frame and fork without negatively impacting the aerodynamic performance. It also refined the carbon fibre layup to reduce weight.

“The new E118 Pro is the result of the optimal collaboration between a bike manufacturer and a pro cycling team. There have been numerous exchanges between the riders and technical staff of Astana Pro Team and our R&D team in order to design the next level of Time Trial bike. Our partnership allowed us to challenge ourselves to reach new levels and now, with this new bike, we look forward to many more victories,” says Gervais Rioux, Founder Argon 18. 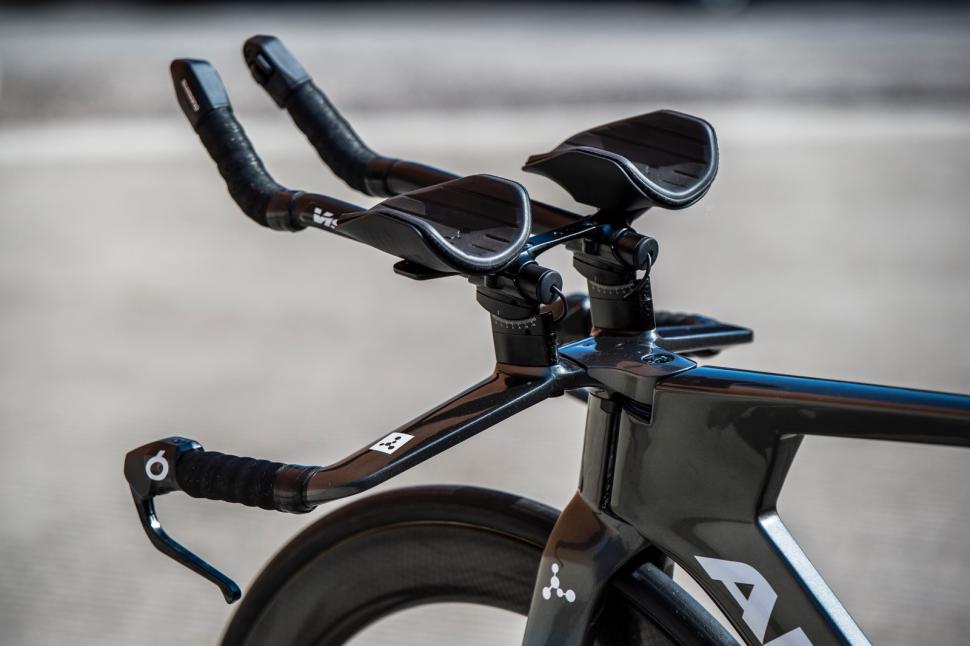 With 60km of time trial racing in this year’s edition of the Giro the race could be decided against the clock, and Astana will be hoping the new Argon 18 E-118 Pro gives them every possible performance advantage.