Finally it has happened, today SRAM has launched a Force eTap groupset, Force eTap AXS to be specific. A few months after the US company unveiled its radical new 12-speed Red eTap AXS groupset, the new Force groupset brings all the same new tech to a more affordable price. 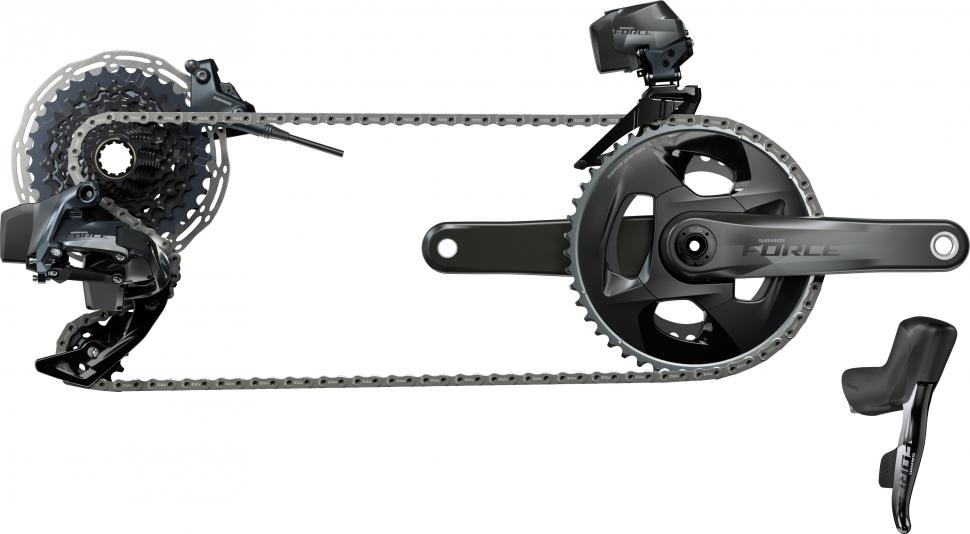 Here are all the weights in full:

Despite the lower prices, you get all the same fundamental technology as first debuted with Red eTap AXS. That means a new approach to gearing called X-Range, comprising three cassettes - 10-26, 10-28 and 10-33 - starting with a 10-tooth sprocket using an XDR driver body. 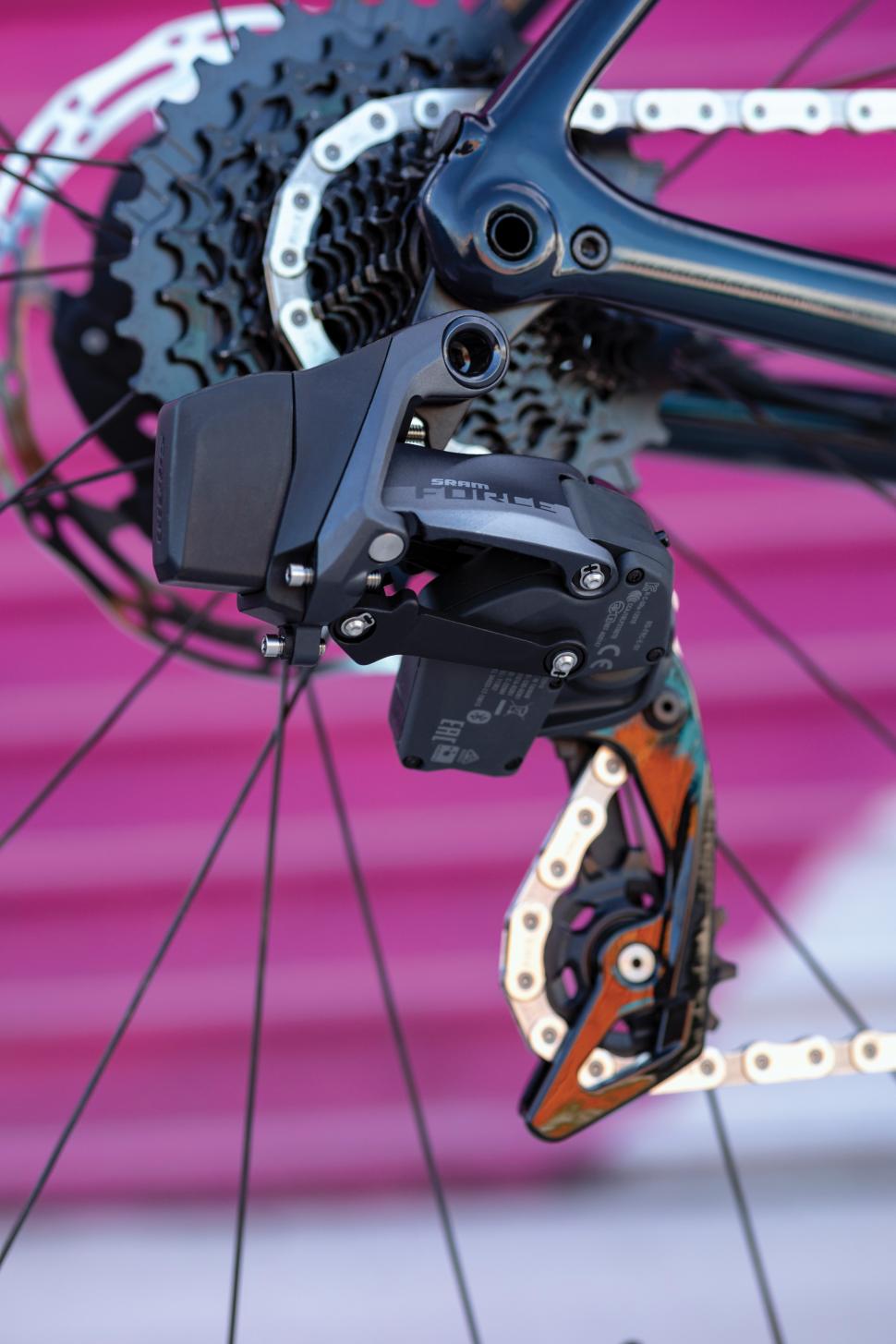 However, there are just two chainset options, 48/35 and 46/33, there’s no 50/37 you get with Red. Single ring options range from 36 to 46t. Here’s how these new ratios compare to conventional groupsets:

And this graph shows how SRAM’s new X-Range gearing offers a wider range of gears compared to conventional groupsets, with between 260 and 330% range. 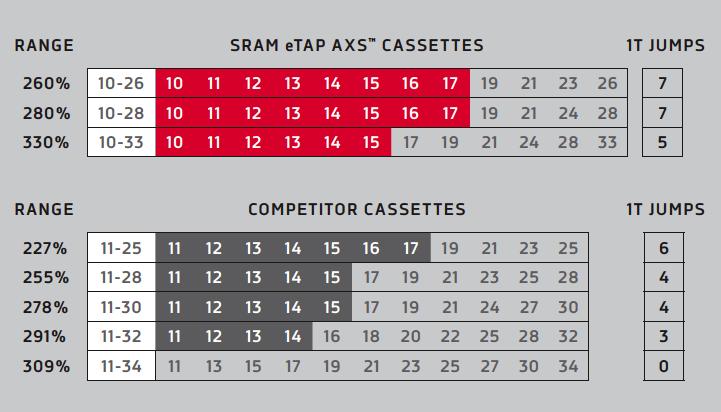 Just like Red, as well as wider range you also get more one-tooth jumps, with up to seven one-tooth steps with the 10-26 and 10-33t cassettes. 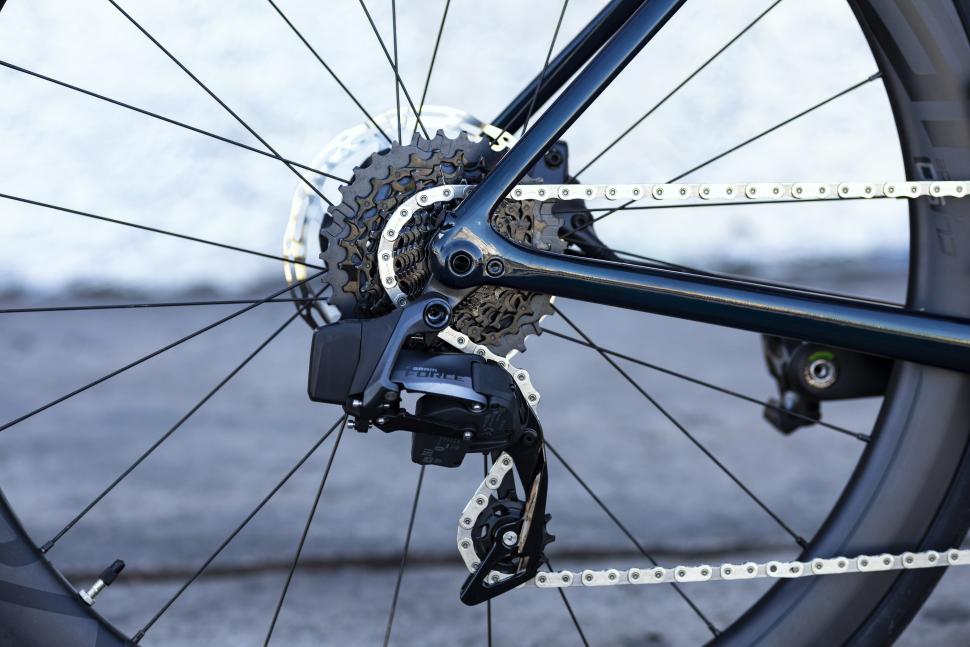 SRAM has utilised the same Orbit fluid damper in the rear mech and the same Flattop chain, with the same batteries as the previous generation eTap groupset. Like Red, the same rear mech is used across both 1x and 2x groupsets. 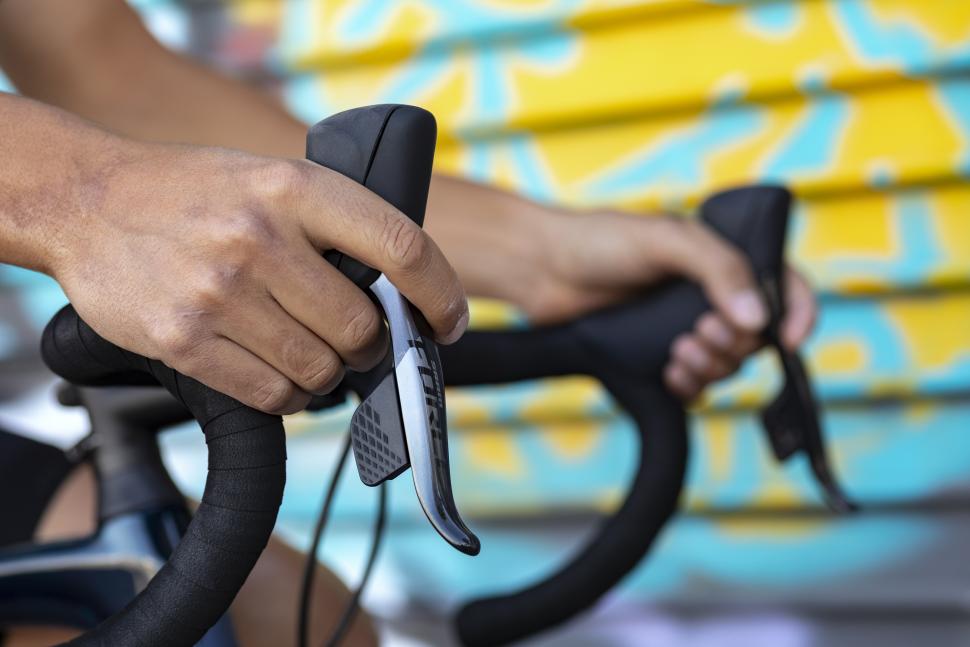 The updated hoods have the same essential shape as Red with textured paddles and hood rubber material for extra control and comfort. There are separate contact point and reach adjustment for tuning the levers to your preference. 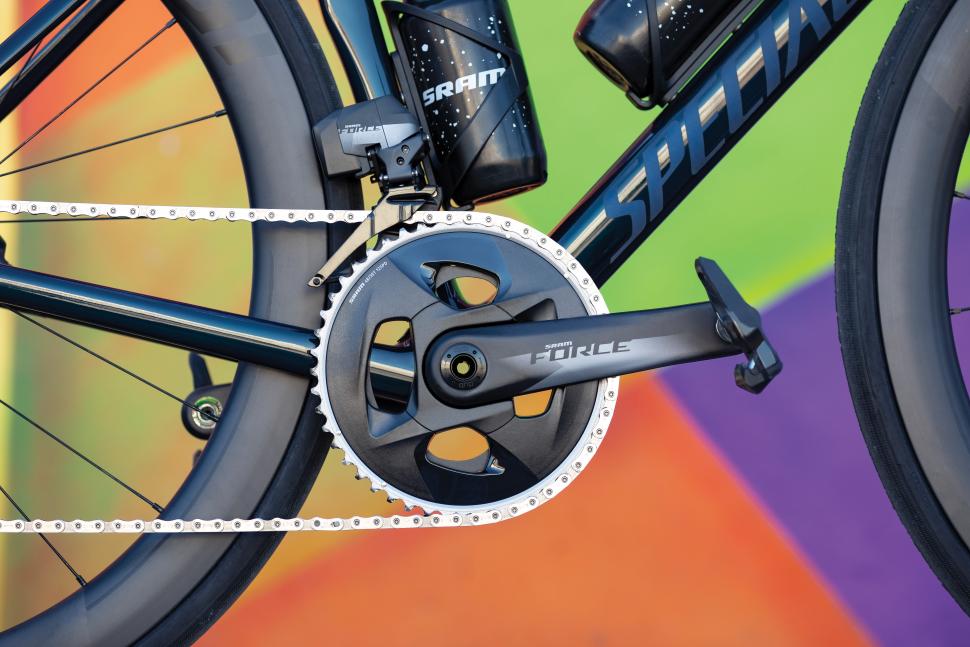 Cranks use the new DUB bottom bracket standard introduced by SRAM last year and a power meter upgrade is available. There’s the same 13-tooth gap between the big and small ring on a 2x setup. The optional Quarq DZero power meter offers a claimed +/-1.5% accuracy and measures left and right leg balance provides a claimed 200 hours of runtime from a CR3032 battery and uses Bluetooth and ANT+ wireless protocols. 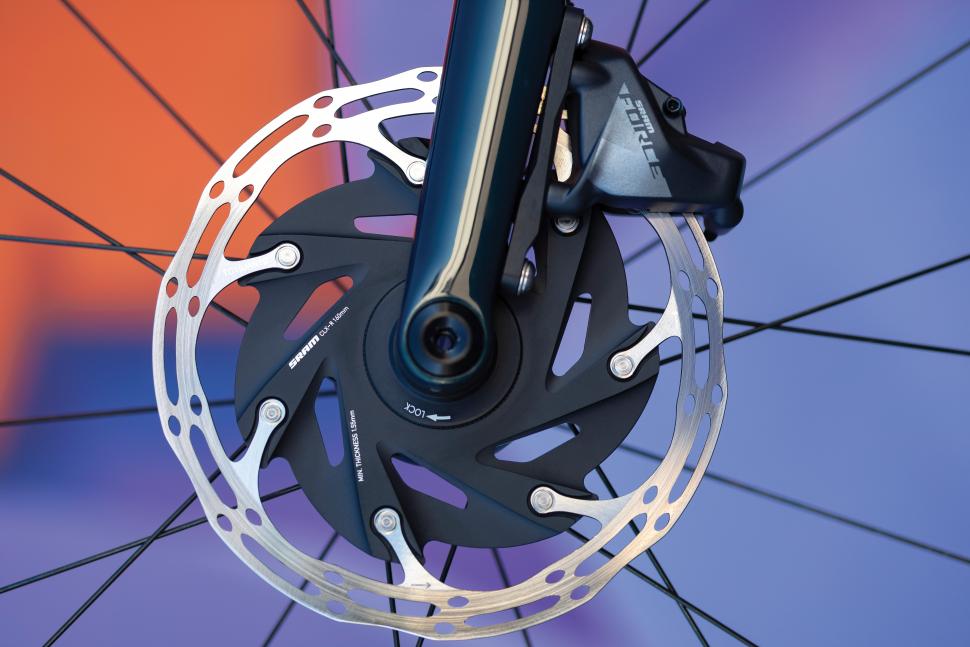 The disc brakes are unchanged but there are new CenterLine XR disc rotors which are optimised for road use and claimed to offer quieter braking performance. They also have rounded edges.

You can still opt for rim brakes. The dual pivot calipers provide clearance for up to 28mm tyres and include SwissStop brake pads. 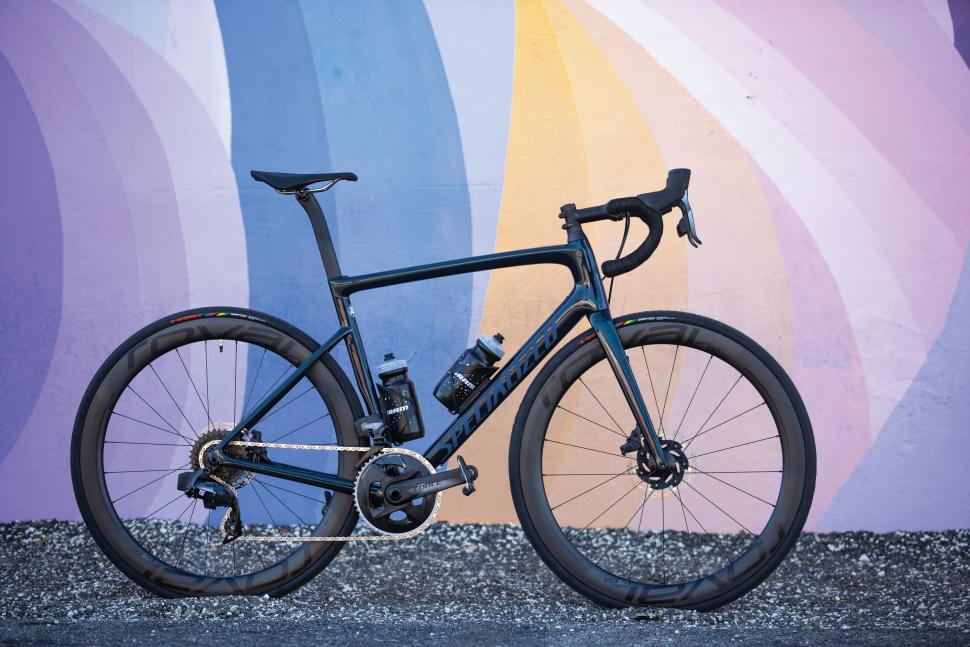 A Force level eTap groupset has been a long time coming. Pretty much since SRAM first launched Red eTap back in 2015 have people been asking about a Force version. SRAM has a good track record of quickly following the introduction of new top-end releases with lower level versions, just look at how quickly it has brought down the price of entry to its Eagle mountain bike 1x groupset.

But years rolled by and for a while it started to look like it might never happen, but the announcement came at the launch of the second-generation Red eTap groupset. This is big news because eTap has been a commercial and critical success but the high price is clearly a barrier to many potentail customers. The lower price of Force opens it up to a much wider audience and we expect to see many bike brands speccing it on bikes very soon.