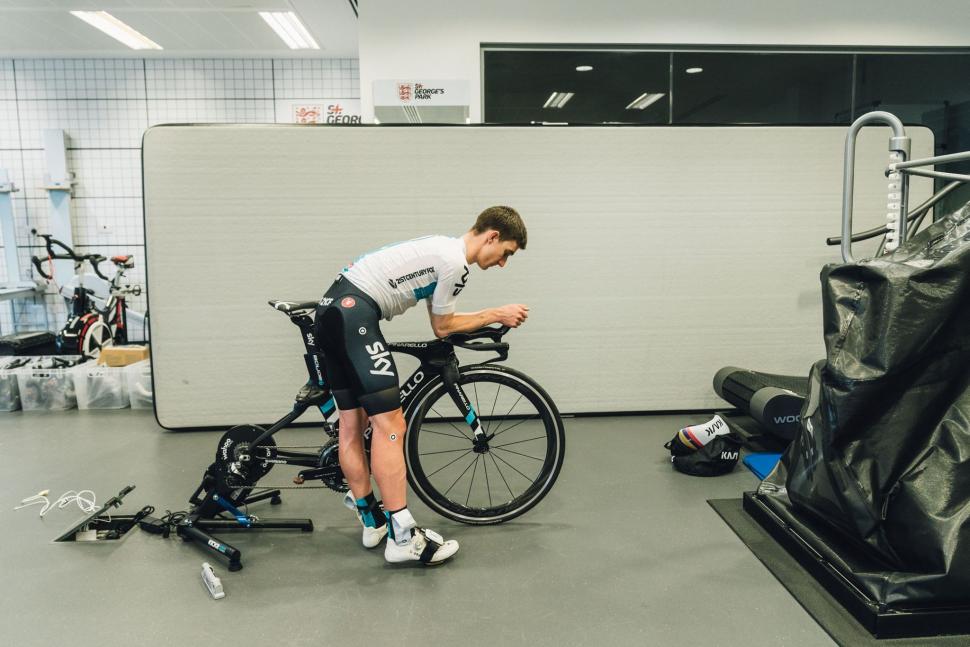 Turbo trainers of the pros – What trainers do pro teams use for indoor training? Featuring Tacx, Elite and more

Turbo trainers used to be looked at with confusion and dread in the pro peloton.

They were for TT warm-ups and interval sessions during icy winter days. But like many things in cycling, Team Sky changed the attitude towards turbos, even if it took a few years of strange looks while their riders did the unthinkable and cooled down after a mountain stage.

GPS computers of the pros – it's not all Garmin any more

These days, no one bats an eyelid if riders use a turbo before a huge mountain stage. It’s also an easy way to spot the sacrificial lambs that have been ordered to get in the breakaway on a grand tour sprint stage. They will be warming up with a particularly solemn expression.

But what turbo trainers do the pros use? And how many have one at home for free? Let’s take a look at who’s using what. There are some surprising choices and not everyone gets the latest direct drive unit.

It’s quite a list of teams for Tacx who offer a range of turbos from the Neo 2 and Flux 2 direct drive units through to more basic wheel driven models. Just like their range, the support that teams receive differs. Riders on the bigger teams can expect a high-end Zwift-compatible unit each along with a unit on the team bus when they go to races. Smaller teams might only have units at the races for the warm-ups, though they’ll often be offered a unit for home use at a good discount.

There doesn’t seem to be a difference between the Men's and Women’s pro teams. Puck Moonen of Lotto Soudal regularly uses her Tacx Neo for training on Zwift. Team Canyon/Sram are also very keen on a spot of Zwifting. Each year they offer a pro contract to the winner of the Zwift Academy races.

The top teams are supplied with the Neo 2 this year. This £1,199 direct drive turbo is packed with the best tech. The internal power meter is accurate “to within 1%” allowing highly consistent training. The pedalling analysis allows you to look at any imbalance in great detail and the 2200 watt max sprint resistance combined with a 25% incline replication make this easily powerful enough for Zwift racing.

Tacx does much cheaper units though. The wheel-driven Satori Smart trainer is £249, a much better price for occasional users. This unit is capable of recording and transmitting speed, power and cadence data to apps like Zwift and TrainerRoad.

If you’re going to have one team in pro cycling then this is a good one to have. The partnership with Sky really launched Wahoo and their focus on virtual riding is perfectly in line with today’s use of turbo trainers.

A wet morning in Mallorca? Time to get the @wahoofitness KICKRs out

Their Kickr (£999.99) is the flagship unit and this also comes in Core (£699.99) and Snap (£499.99) versions. Sky are using the top-end version which boasts the best power accuracy of the three at +/-2%. All the Kicker options allow apps like Trainer Road and Zwift to control the resistance but the top-end version will be best for the powerful legs of the pros thanks to the 2200 watt max resistance and 20% incline simulation.

Wahoo also makes bike computers, which we looked at a few weeks ago. They don’t, however, provide their GPS computers to Sky, so this may be more of a partnership than an outright sponsorship.

CycleOps have just one World-Tour team on their H2 Smart Trainer (£1,000). It is a very capable trainer, recently scoring 9/10 when big Dave reviewed it.

#Giro100: We never travel without @CycleOps trainers; they are used every single day. From recovery post-race to prep for a TT like today. pic.twitter.com/wMNF771Ibo

The Trek Segafredo riders all get a trainer for home use and the team has extra units for the team bus and training camps.

The H2 is accurate, quiet and well built. With full integration with third-party apps, this is one for serious indoor setups. They do some cheaper options, including the Magnus (£500) which still allows you to train with apps.

Elite is the only other brand that supplies multiple teams. They’ve been supplying teams for years, though the demand for trainers has certainly increased in recent years. Like Tacx, the number of trainers provided to each team depends on the size and profile of that team.

Larger outfits can expect to be supplied with Direto and Drivo II units for each rider and enough for the team bus too.

We did spot the Movistar riders warming up for a TT on some pretty basic units. It wasn’t a small race either, this was the Tour de France, where the teams display their best kit.

The Drivo II is the newest unit from Elite but the Direto is a brilliant unit for £749.99, getting a 9/10 from Dave Arthur. It’s quiet, smooth and quick to react to virtual gradient changes. 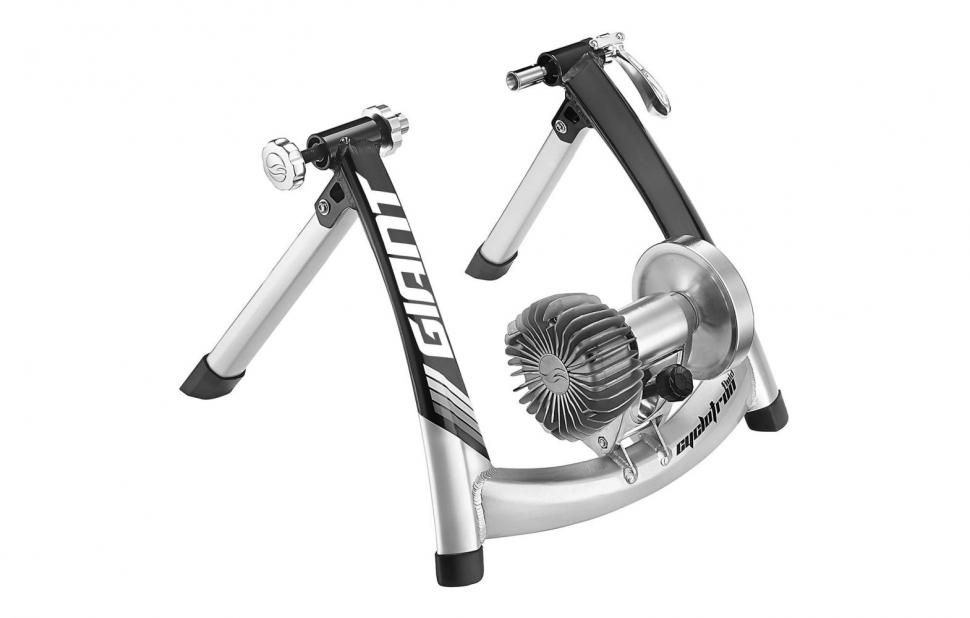 CCC has the most surprising turbo supplier. Surprising in that we’ve not really seen much of Giant’s turbo trainers, but the Cyclotron looks like a good deal. £299.99 gets you a fluid trainer, driven by the rear wheel and capable of 2000 watts resistance. It doesn’t seem to be a smart trainer, but Giant is advertising it as Zwift compatible so we are going to do a bit more digging on this one.

So there we go, the majority of teams are split between Tacx and Elite, as they have been for many years. But Wahoo could be the smartest brand, partnering with just one huge team when the virtual training market was just being created. It’s given them a big share of a market that is turning increasingly towards a winter spent on Zwift and other apps.

How much do you need to spend on a good trainer setup? Show us your pain caves in the comments below!