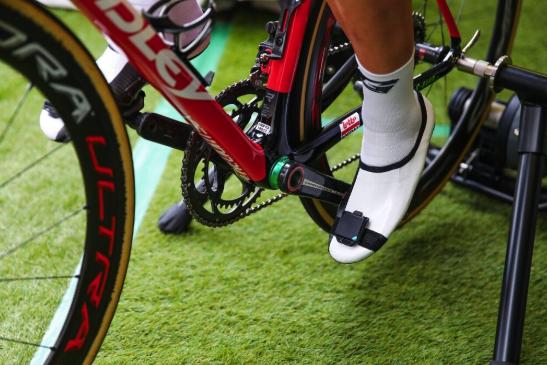 Long-time professional cyclist Adam Hansen famously takes a slightly different approach to bike fit, with some of the most unusual setups we’ve seen over the years, from narrow handlebars to saddles slammed right forward. He’s now utilising a portable biomechanical analysis tool to provide live data on how changes to his fit impact his performance.

First spotted at the Tour Down Under, Adam Hansen has partnered with Leomo, a US maker of portable motion analysis tools and strapped the compact Bluetooth-enabled device to his very own custom carbon fibre shoes. We’ve never come across them before, but it all looks very interesting, and with growing interesting in bike fit there’s some exciting potential here because it should let you more accurately quantify any changes made and their impact on performance. 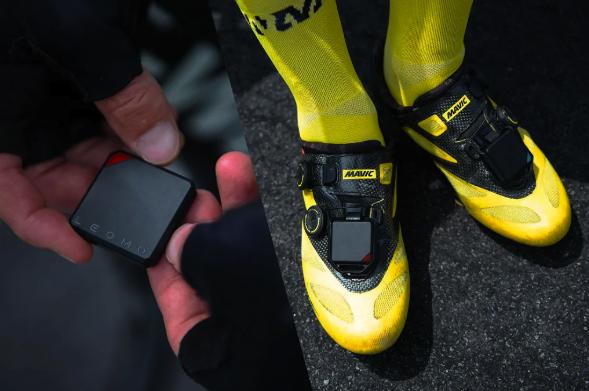 What Leomo has developed is a small wearable motion analysis device which can measure and record motion using a three-axis gyroscope and three-axis accelerometer. Bluetooth is used to transmit the data collected to the company’s own TYPE-R head unit thus providing real-time data. You can also connect to a range of ANT+ sensors to compile speed, heart rate and power meter data all on one device.

You get five of these sensors in a pack and they can be attached anywhere on the athlete’s body, so the shoes as in Adam’s case, under the shorts above the knee and one at the base of the spine, to analyse your range of movement when pedalling. It’s essentially like a real-time Retul (or other motion capture systems), and allows you to asses any changes you make to your bike fit and see the impact on your speed and power output when you’re riding or racing. 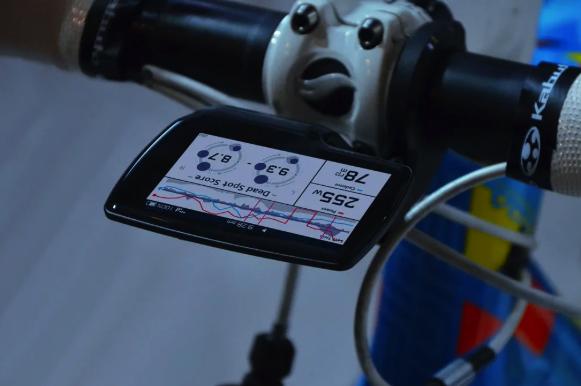 This is pretty powerful stuff as being able to validate changes made on a bike fit jig out on the road gives you greater insight into whether you’re making progress or not. Improving your bike fit involves making changes in indoor studios and then validating those changes out on the actual roads, though some bike fit jigs now incorporate power meters to attempt to offer a better assessment of changes made to your position. Nothing beats riding outside though and this is the real USP of the TYPE-R system.

Leomo has also developed Live Video Sync, a video capture system that is similar to Retul in providing a bike studio fit assessment but with the additional benefit of video, utilising the video camera on a tablet. 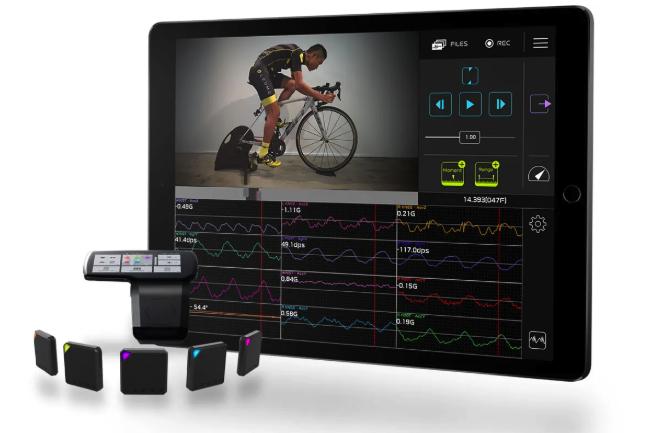 Adam Hansen sounds positive about its benefits. “As a Professional rider, I never realised how the body changes under different stress intensities on the same bike set up. The TYPE-R showed me this already. However, the LVS is game-changing where you can pinpoint every situation in a way for anyone to understand it,” he commented.

“I am extremely excited that Adam has agreed to be a part of LEOMO” added Kunihiko Kaji, CEO and co-founder of LEOMO. “It’s relationships, such as this one, which are key to developing technology that is impactful to high calibre coaches, athletes and fitters. Adam has his pulse on the sport and has demonstrated his ability to be an innovator and be a leader.”

A partnership is born with @leomolabs please like their page. Don't forget super fast @cbearcycling (yes green is my favorite colour) on my @Ridley_Bikes
with @campagnolosrl gear https://t.co/ZOKfONIj5q pic.twitter.com/Zq5r4caM4b

We’re pretty keen to get our hands on the kit to try it out for ourselves. Like most bike fit tools it’s just that, a tool, it doesn’t appear to be able to provide recommendations on changes that will improve performance or reduce the risk of injury. But as a tool, it appears to be a fairly powerful one and potentially holds a lot of benefit for cyclists looking to fine-tune their bike fit to extract maximum performance.

It also comes at a time when real-time aerodynamic tools are starting to become available and reasonably affordable, offering the amateur the sort of cyclists never previously available without extremely deep pockets. That said, it's not exactly cheap. The TYPE-R kit costs €799...

Find out more at www.leomo.io