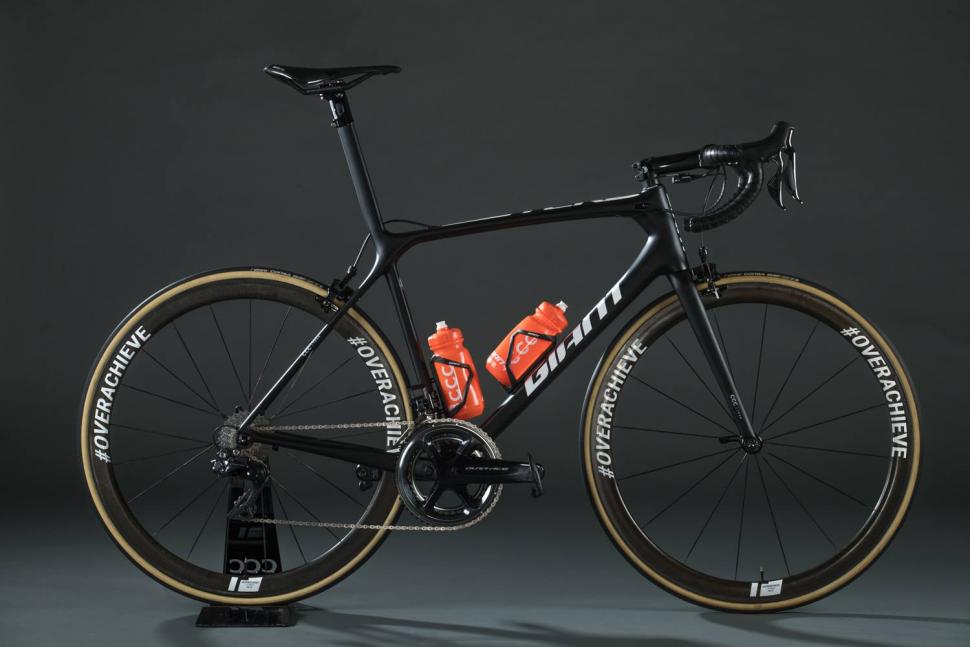 Giant is leaving Team Sunweb at the end of the year to partner with the new CCC Team (previously Team BMC) in 2019 with a squad built around Greg Van Avermaet. With the team assembling for winter training camps in sunny climes, we're getting to see the new bike for the first time.

Giant is not only supplying frames to the new team but also wheels, handlebars, stems, saddles and even GPS computers. That's the TCR Advanced SL above, the flagship model in the company’s range which focuses on low weight, stiffness and handling. It's been around for a few years now so likely due for an update soon we reckon. They'll also have the Propel aero bike and Trinity time trial bike at their disposal as well.

The CCC team will use Shimano groupsets, namely Dura-Ace Di2 for the derailleurs, cranksets and hoods. It’s also using Shimano’s first ever power meter as well, integrated into the Dura-Ace crankset and providing dual-sided power measurement. Apart from the Shimano groupsets, and Vittoria tyres, it's a full sweep of Giant equipment.  It includes the wheels, which in this photo are prototypes - Giant uses the #overachieve tag for development parts. As such we don’t know much about them, other than they’re made from carbon fibre and presumably tubulars. Giant has been starting to ramp up development of its own wheels in recent years. Team Sunweb made the switch from Shimano PRO wheels to Giant’s own wheels in 2018 with seemingly few issues or complaints from the riders and mechanics. This reflects the wider trend in the pro race scene for equipment sponsorship packages to include such things as wheels, contact points to even helmets and shoes.

The #overachieve wheel development program started this year and continues in 2019. This collaborative effort brings together Giant engineers and product developers with elite athletes and pro technical staffers to produce race-winning products. 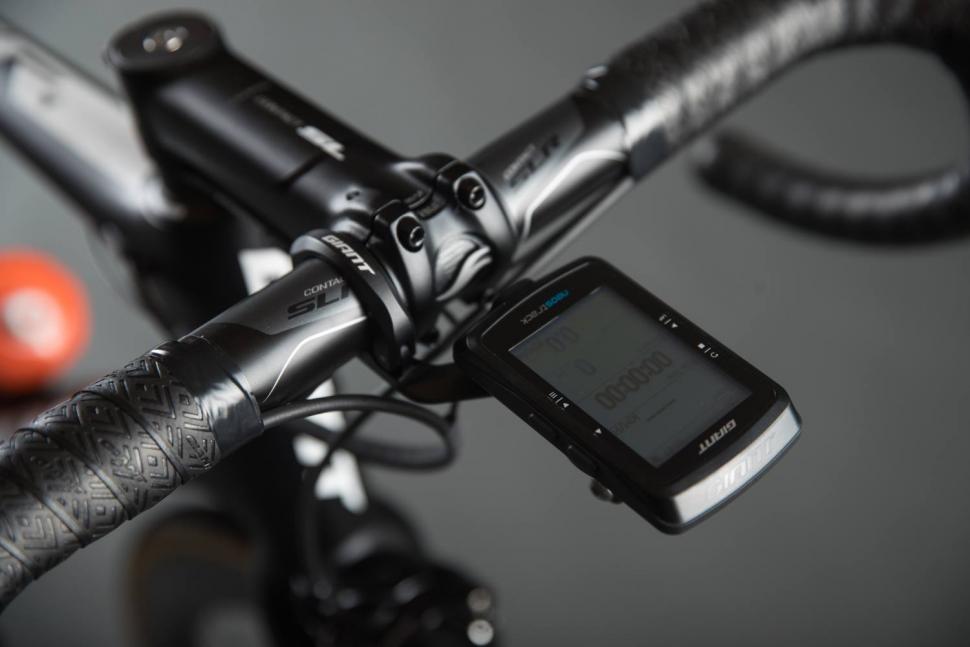 But for the CCC Team, it extends to more than just the wheels. Giant is also supplying handlebars, stems, saddles, bottle cages and GPS computers for tracking all their training and racing data. It’ll also provide helmets, leaving Exteondo to provide the team kit. It shows just how much Giant has invested into this new team.

1
Don’t hang around if you want a Gore-Tex Shakedry jacket – the fabric is being retired. Plus tech news from Campagnolo, MET, Kask + more
2
Drink driver who ploughed into cyclist with friend riding on bonnet jailed for 14 months
3
Near Miss of the Day 837: Mercedes driver close passes cyclist carrying four-year-old son in child seat
4
London cyclist films bike lane motorist driving straight at oncoming riders
5
Motorist who deliberately slammed on brakes, causing cyclist to smash through car’s rear windscreen, jailed for 14 months
6
Near Miss of the Day 836: Company takes firm action after tanker driver close passes cyclist
7
Hit-and-run driver chased cyclist on pavement and knocked him off bike in shocking road rage incident
8
“I don’t want to see someone die on my doorstep”: Council urged to sort out notorious zebra crossing where near misses “happen every day”