This, ladies and gentlemen, is the latest titanium bike to arrive in the office for review, the Cherohala SE from legendary US titanium specialists Litespeed. With clearance for 700x40 and 650bx2.0in tyres, it’s aimed at the allroad, adventure, gravel and bikepacking market. 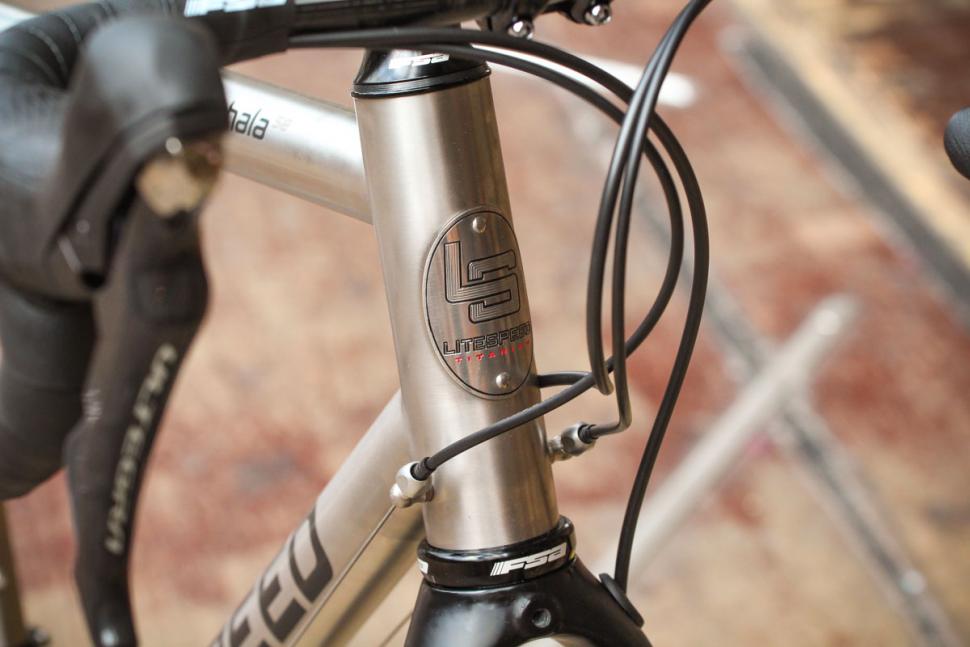 The bike gets its name from the Cherohala Skyway, which is apparently one of the most popular National Scenic Byways in North America. It’s a 69km wide paved road that passes through the Cherokee National Forest in Tennessee and the Nantahala National Forest in North Carolina. Here’s a GPS of the road. Looks amazing, I’d love to go there and ride it. You’re probably more familiar with Litespeed though, especially if you’ve been in and around cycling since the latest 80s. Litespeed is one of the most iconic titanium brands and also one of the oldest, being founded in 1986. It was one of the first companies to really get into the titanium business at a time when it was rare and super exotic. It’s a lot more commonplace today, though still a very expensive choice compared to other materials.

With all that said, let’s take a closer look at the bike we’ve just received for testing. With endurance geometry and wide tyre clearance, the Cherohala SE is billed as an allroad, gravel and adventure bike that is comfortable and fast on the road but can cope with off-road trails. 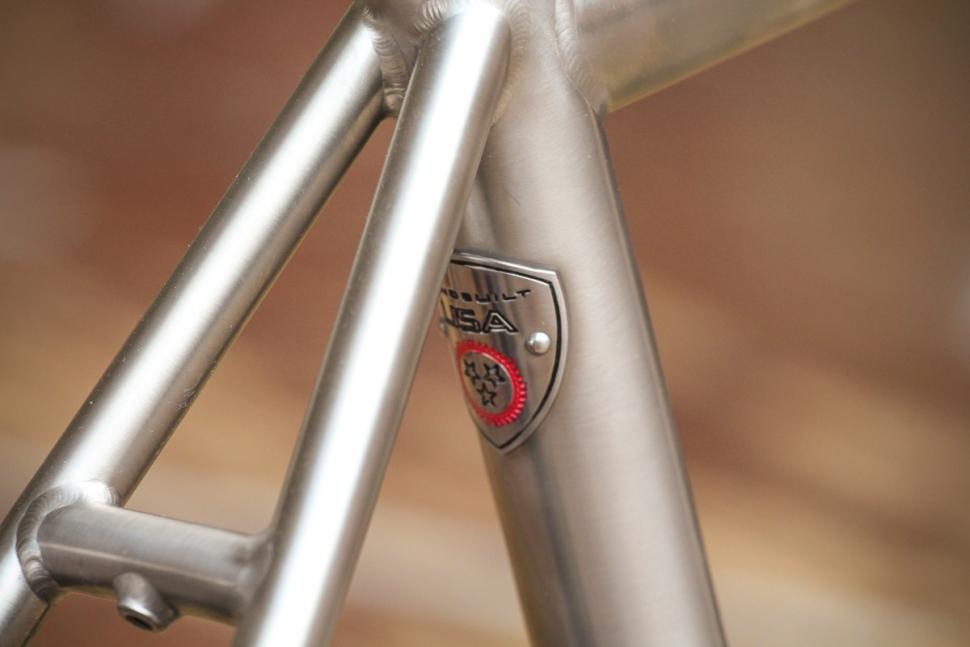 There’s clearance for 700x40 and 650bx2.0in, likely to be sufficient for most people, though Litespeed says it's optimised around 35mm tyres. It's really aimed at allroad riding, mainly smooth roads and a bit of hardpack dirt.

If it's not enough then the Gravel increases the tyre clearance to 45mm as well as using heavier gauge tubing for a bit of extra toughness. It also has extra bottle cage mounts and slightly modified geometry, so it ticks more of the gravel boxes. It comes down to the sort of riding you want to do really. The frame is made from 3AL/2.5V cold worked and stress relieved titanium with single pass welds and topped off with a brushed finish. Needless to say, each Litespeed frame is made in the US, there’s no outsourcing here. It's beautifully made, I especially like the head badge and chunky dropouts. 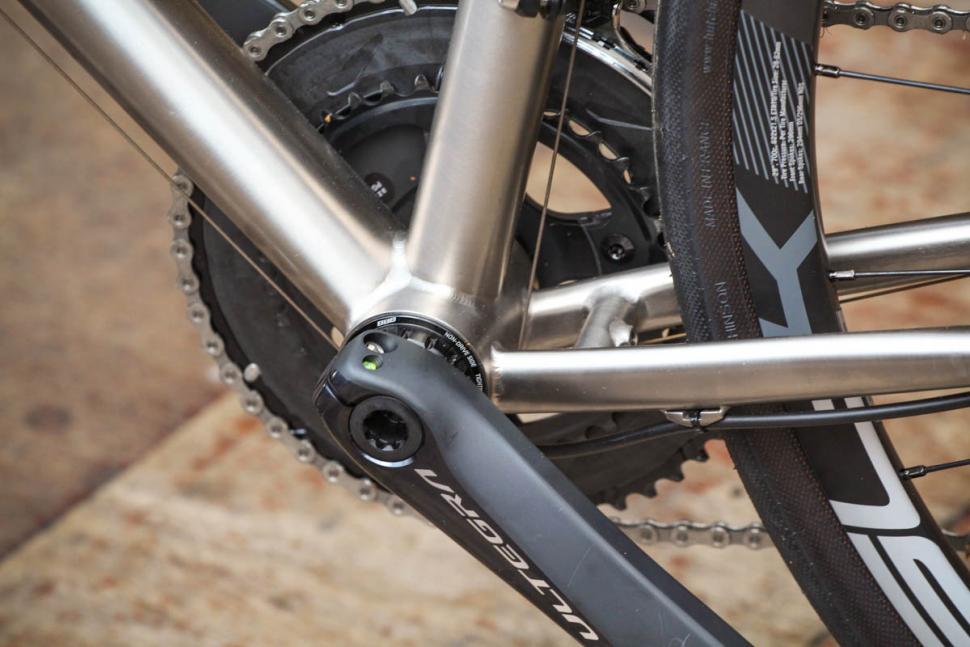 A 44mm head tube and PF30 bottom bracket provide plenty of real estate for oversized tubes to ensure a high level of stiffness. It’s disc-only, with flat mount calipers and 12mm thru-axles front and rear. As befits an all-road bike there are hidden mudguard mounts. Claimed weight for a medium frame is a respectable 1,479g. 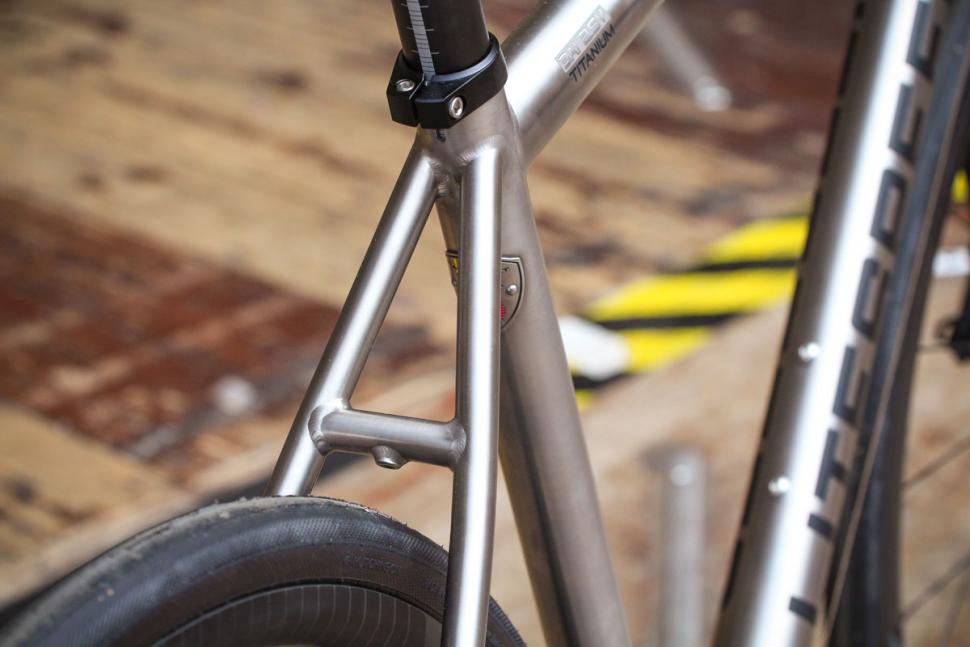 It's compatible with mechanical and electronic groupsets. If going the Di2 route then the redundant head tube cable guides can be removed to keep it clean and tidy. Mechanical gear cables are externally routed apart form the rear brake hose, that goes inside the frame, with an internal titanium sleeve in the downtube to prevent annoying rattles. 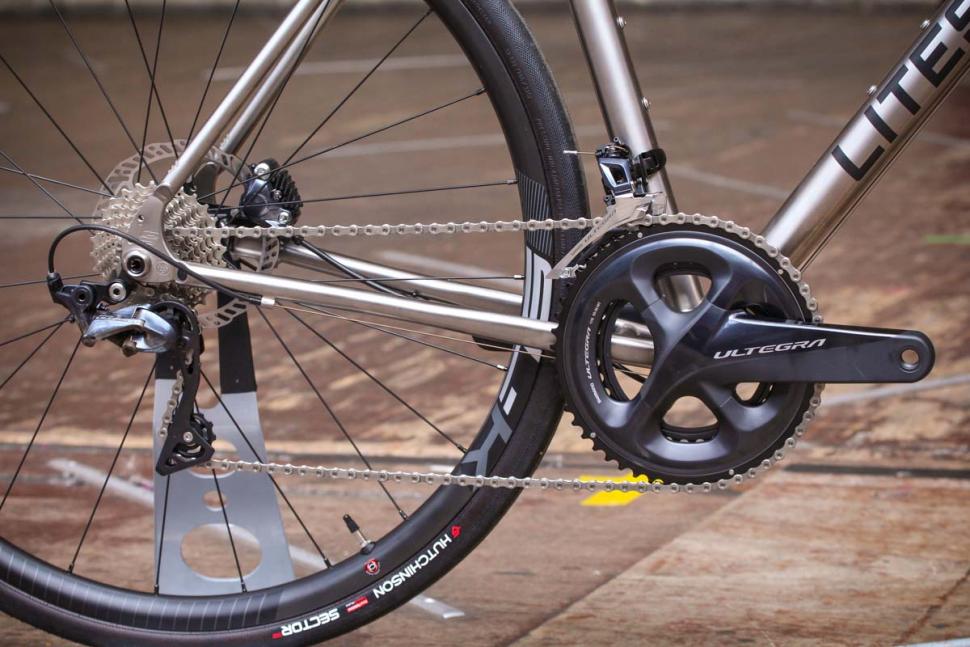 The frame on its own cost £2699.95 and you can add Litespeed’s own Gravel carbon fork for an extra £419.95, or supply your own fork. To help us test the frame and fork, new UK distributors Windwave (who also look after Colnago and FSA) kindly prepared a fully built bike using a Shimano Ultegra mechanical groupset with hydraulic disc brakes, FSA SL-K wheels with Hutchinson Sector 32mm tyres and FSA finishing kit. This is a size 56cm and it weighs 8.67kg (19.11lb) on our scales.