Is this a step closer to the pros adopting tubeless?
by David Arthur @davearthur

If tubeless is ever going to hope to supplant tubular wheels and tyres in the professional peloton, it needs support from big brands with top-level race-ready carbon fibre wheelsets and fast, light and failsafe tubeless tyres.

Mavic is just such a big brand and today has launched the brand new Cosmic Carbone Ultimate UST wheelset, which combines an all-carbon wheelset favoured by the pros with its own UST tubeless technology in a package that weighs a claimed 1,310g.

- Tubeless tyres: With more choices than ever and Mavic entering the field is it time to switch to tubeless? 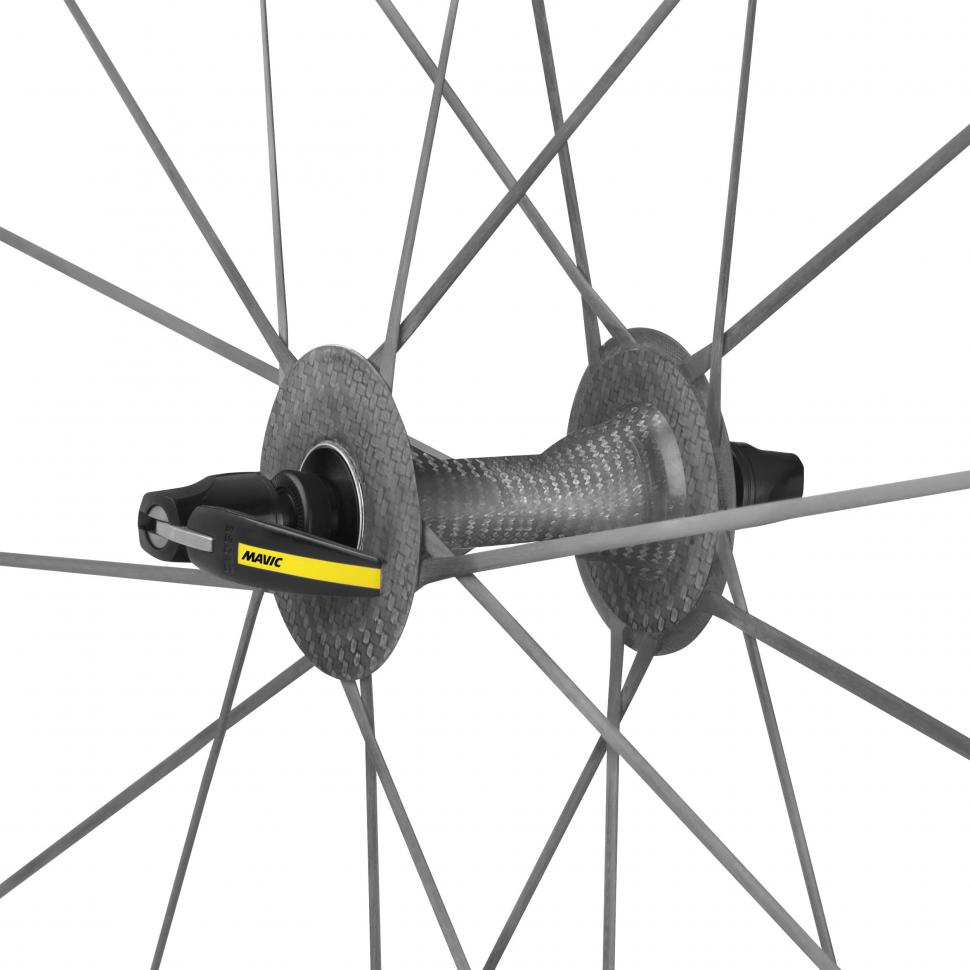 The original Cosmic Ultimate, a full carbon fibre deep section rim wheel,  launched in 2006. It got the seal of approval from the pros winning a bunch of races. In 2015 the rim profile was updated, evolving from a V-shape to the rounded bulbous shape that was pioneered by HED.

For 2019 it has launched the Comic Ultimate UST, bringing its own tubeless standard to a pro-level carbon fibre wheel. It reckons the Cosmic is the “most preferred wheel in the World Tour” and now offers it with all the benefits of UST tubeless technology. 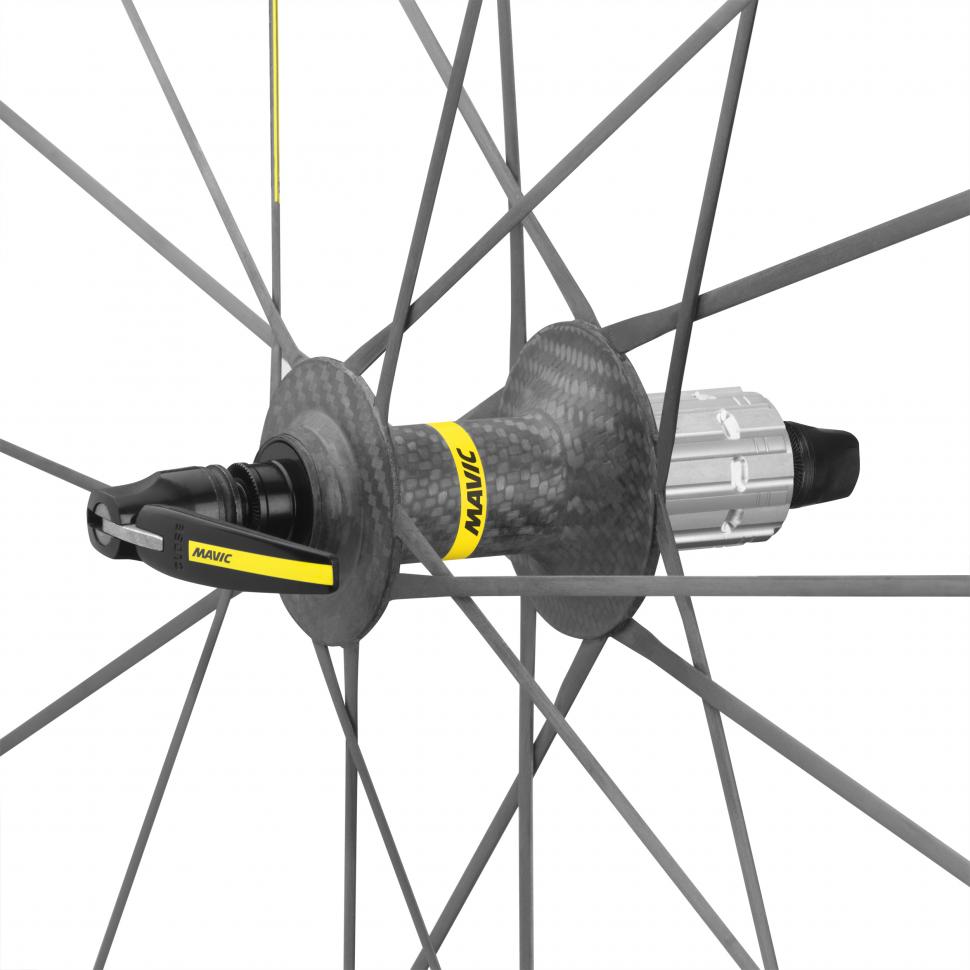 The new wheels use a redesigned rim with a tighter tolerance bead seat diameter to ensure easy tubeless installation, full carbon spokes that are integrated into the rim and new carbon hubs. Claimed weight is just 1,310g which is impressive and certainly right up there with carbon tubular wheels, along with 260g for a 25mm tyre.

The 40mm deep and 26mm wide rims are made from carbon fibre with a foam core, which it calls “monobloc” and the rims are moulded as one-piece, with the spokes integrated into the rims at the point of construction. There are no spoke holes so no rim strip is needed because the rims are airtight. Mavic also says its adds stiffness. 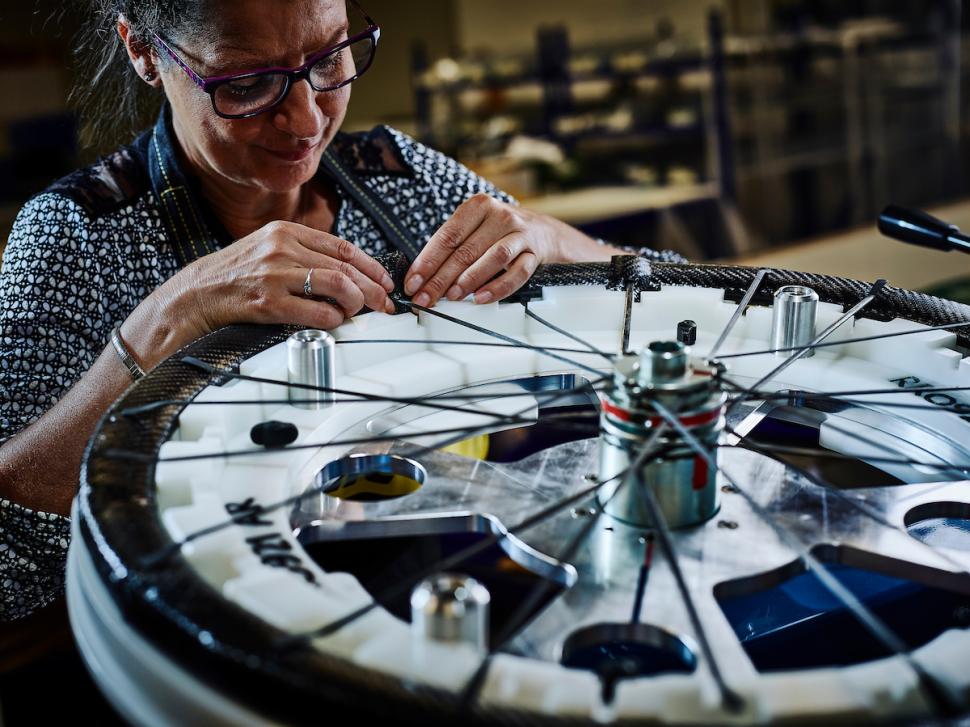 Full-length co-moulded carbon fibre spokes from the rim to the hub shells increase the stiffness and are 35% lighter says Mavic, with carbon fibre front and rear hubs contributing to that low overall weight. The rear wheel has an asymmetric designed to balance spoke tension.

That Mavic has chosen to launch a rim brake wheelset is a clear intention that it is aiming this product at the professional peloton, and cyclists that want the lightest possible setup, which is currently still rim brakes. The rims feature the iTgMAX carbon brake track which resists high temperatures. Could we see a disc brake version in the future? Probably not with these carbon hubs. 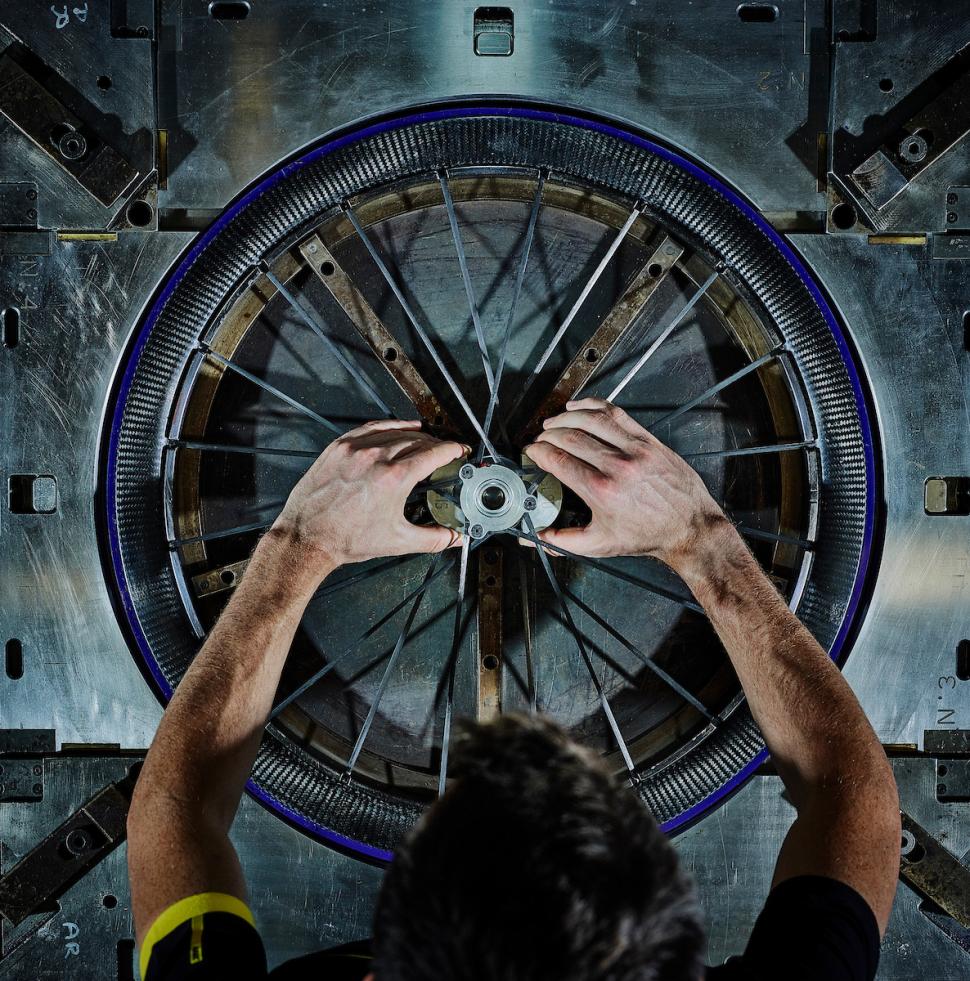 Aerodynamics are just as important as weight with these wheels of course. In its own testing Mavic claims similar drag figures to a Zipp 303 Firecrest, Bontrager Aeolus 3 at 0-degree yaw angles. Interestingly its testing reveals the Enve SES 4.5 with a Yksion GL 25mm tyre to test best at this yaw angle.

Increase the yaw angle to 15-degrees though and the results are different. Zipp’s 303 Firecrest produces the lower drag followed by the Mavic and Enve wheels, with the Bontrager producing the drags. 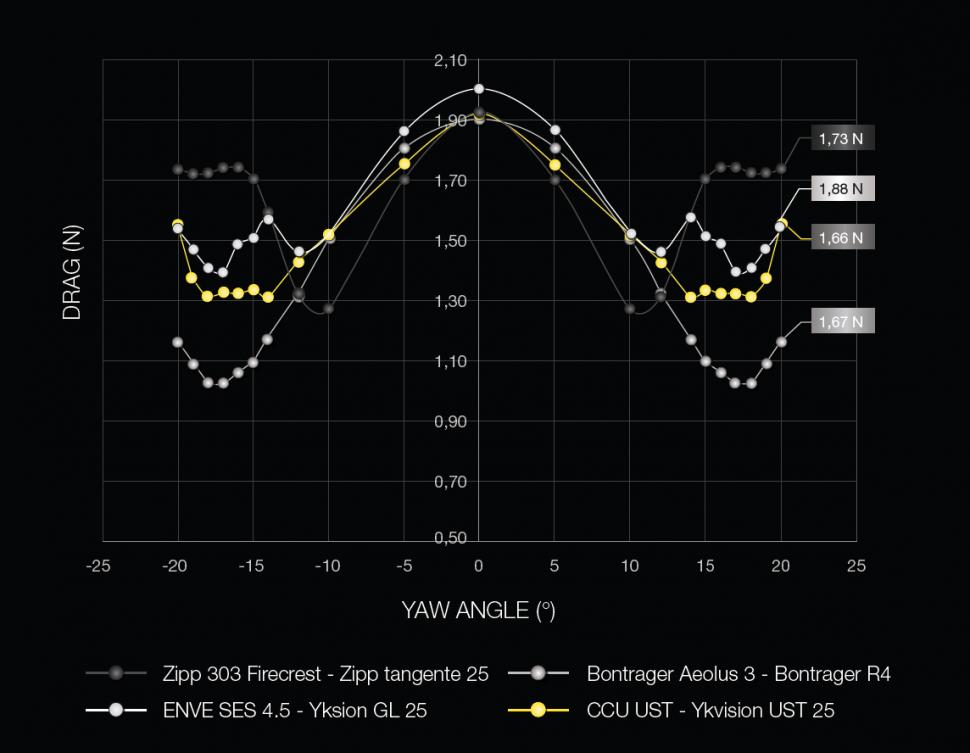 As with most aero data, we can only take it at face value, but it’s interesting that Mavic has released this information that shows its wheels aren’t necessarily the fastest in all yaw angles but do look to test well across a wide range of yaw angles. Once you add in the low weight and the UST tech they do look a compelling option if you're a tubeless loving weight weenie of course.

To complete the wheels are Mavic’s Yksion Pro UST tyres, available in 25 and 28mm widths. Mavic says a Kevlar bead offers the right stiffness and diameter for easy installation, weight a reinforced nylon casing and 11storm rubber compound (the same as used by Hutchinson, revealing where these tyres are made). Weight is a claimed 260g for the 25mm and 290g for the 28mm. They cost £52.

The new wheels cost €3,500, so not cheap then. The wheels come with titanium quick releases, tyre sealant and syringe, carbon brake pads, wheel bags and a user guide. But if you want a set, you'll have to wait until early 2019 because they aren't shipping until then.

More details over at www.mavic.com and yes we have asked if we can test them.